hey everyone.. I'm back in LA trying to get over my jetlag in less than a week... I thought I had it beat, but it's 1235pm on the 4th day back and I can barely keep my eyes open. I will try to update a few more backlogged entries before I head back at the end of January, but wishing everyone a happy holiday and happy new year!

Aren't the cookies above super cute? I found it from pinkcakebox.com. If you feel like holiday stuff, I spotted holiday cupcakes and frosted cookies at Ginjer Cakes.. But it's always more fun to make them yourself so you can eat them hot out of the oven... if you are lucky enough to have an oven in Taipei, that is. 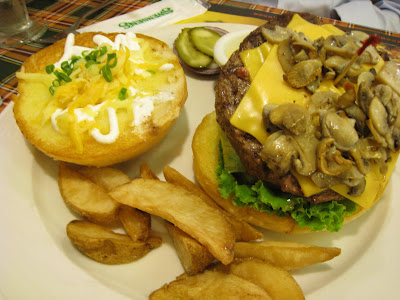 hours: 24 hours at this location

I think that I visited Swensen's in Taipei when I was a kid, but I can't be sure. Before all you had so many selections for American food, Swensen's was the place to go (next to Sizzler.. remember when Sizzler was THE American place to go in Taipei? hahah). Now it's sort of the Denny's of Taipei with its late night hours, generic American menu and breakfasts- not to mention its decor, service, prices and food. 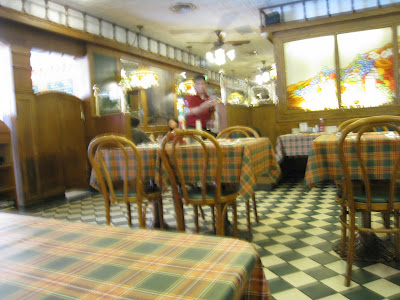 When you walk in, you see the ice cream right away and they have pints of ice cream for you to take away, as well as milkshakes and sundaes if you sit down. The English and Chinese menu has many pictures and offers a few things each of a wide range of appetizers, salads, soups, steak(NT$530-620), ribs, chicken, seafood, pastas, fish n chips, sandwiches and burgers- as well as scoops of your favorite ice cream and drinks- and breakfasts like omelettes, french toast, pancakes and eggs (NT$130-225). They also have some unique offerings like german pig knuckle (NT$499), mexican chicken burger (NT$260), and european, indian or thai curry (NT$260-299)

For NT$180 for a milkshake, I expected it to be diner-sized, meaning in a full glass with a silver shaker of more milky ice cream goodness to refill yourself. Instead we got a slim tall glass. It is actually plenty for lunch, with the richness and flavors, but still expensive for the amount that you are getting. 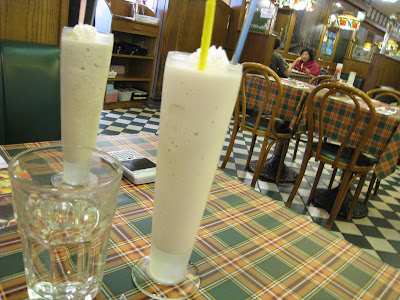 On this day, we got a set menu special because it was Mon - Fri between 11am- 5pm of adding NT$10 to any entree and getting a set meal (meaning w/ a soup or salad and beverage or dessert. Extra for milkshake. The French Onion soup was decent, though there was no melted cheese anywhere. 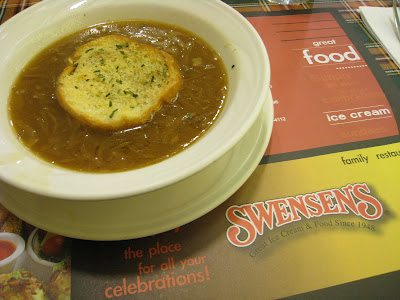 The mushroom hamburger my friend got (NT$260) was sizeable, though I thought they were skimpy on the fries. However, I had a sort of weird experience with my club sandwich. When you order, you have the option of ham or grilled chicken. When I ordered, I said "ji" or chicken in Chinese when the waiter asked me which I wanted. When the sandwich came, it had ham, which looked decent, but we pointed it out still and the waiter (different from the one that took the order) just took it back to the kitchen.

Then a few minutes later, the waiter that took the order came back with a look on his face- don't know if he was angry or annoyed, but definitely not happy. He said we ordered "ham and cheese" and I said, "no, I ordered chicken." I guess he misheard my "ji" for "cheese," but he also didn't repeat my order for what I said for confirmation. Either way, I figured they would just redo it with no problem, but it was sort of strange the attitude he was giving us.

When the grilled club finally did come about 10 minutes later, it was more less plump and juicy than I had imagined and I should have just taken the ham and not said anything. 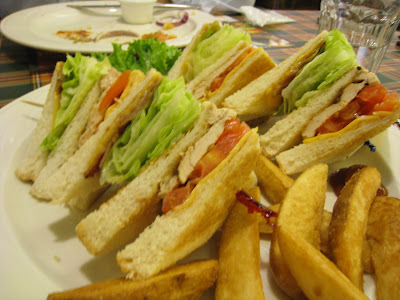 I don't know. Do you guys send stuff back if it's not what you ordered, or what point do you just keep it? Personally, I think the attitude does make all the difference. We were even nervous that they might have done something to our sandwich (which I know is rare these days, right?) and they probably didn't, but it just made the sandwich all the less appetizing. 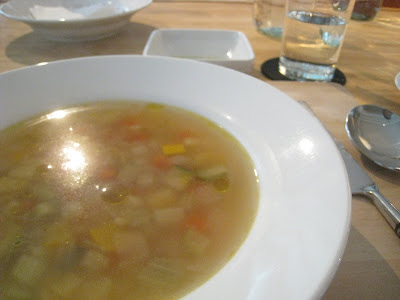 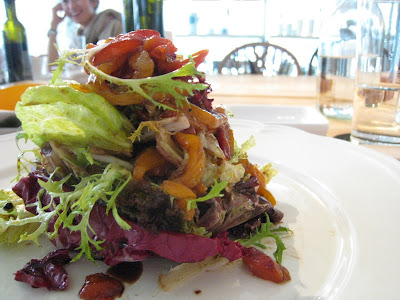 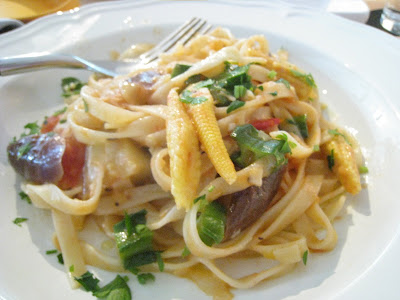 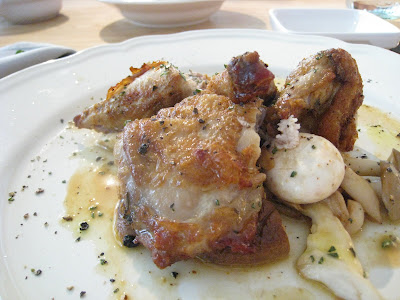 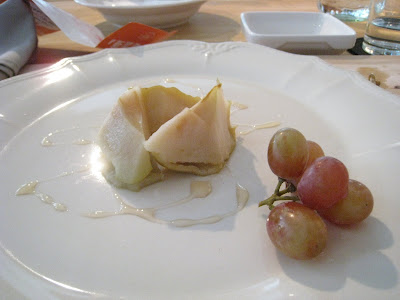 Maybe I did feel a little bit healthier after lunch. Don't know how the other grilled meats turn out based on my disappointing chicken. I could definitely go again for soup and salad since great fresh salads seem to be hard to find in Taipei, and maybe check out brunch. Sometimes you can only take enough of the watered down cream soups that seem to be so popular as part of set menus in Taipei (you know what I'm talking about?)
Posted by joanh at 8:24 PM 3 comments: 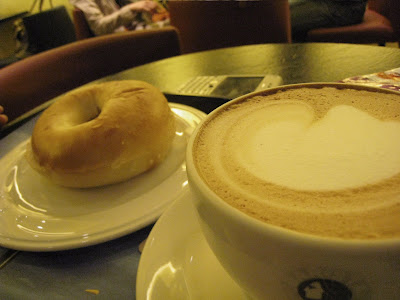 The servers probably understand less English than you would get at Starbucks... but pointing helps too.
Posted by joanh at 8:30 PM 4 comments: