american/chinese: i recommend FORKS AND CHOPSTICKS 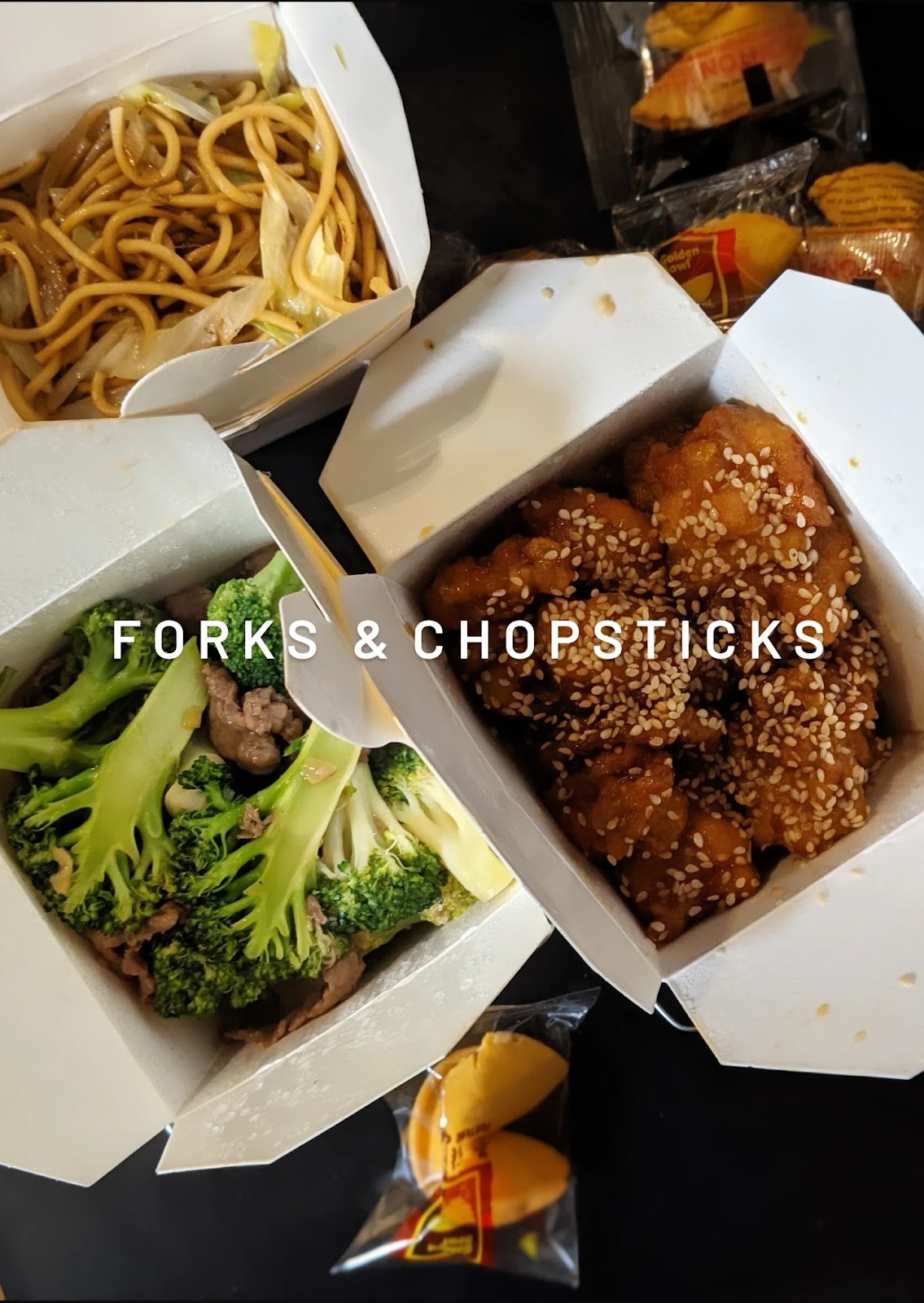 [TAIPEI]
Orange chicken in Taipei.
When I first started the blog, the question I would get once in awhile was "where can I find Americanized Chinese food in Taipei?" And I had no idea, I mean it just was not a thing here. Plus you've got dumplings, noodle soups and veggies galore.
But then after a few years I would really get nostalgic for that styrofoam box of orange chicken, chow mein and a fried egg roll. I know I wasn't alone because I even followed the news of an American Chinese diner opening in China (and closing a few years later) and orange chicken getting so popular you could buy it at Trader Joes. Panda Express even started trying to started making burritos with orange chicken and had Innovation Kitchens.
And now, Taipei finally has its own spot to order a few of your takeout faves. The founders of FORKS AND CHOPSTICKS 筷叉小館  were feeling the same cravings and tackled this problem with a cloud kitchen solution. 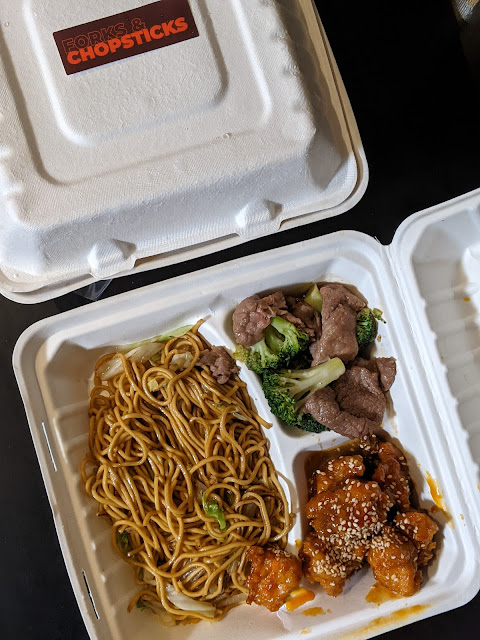 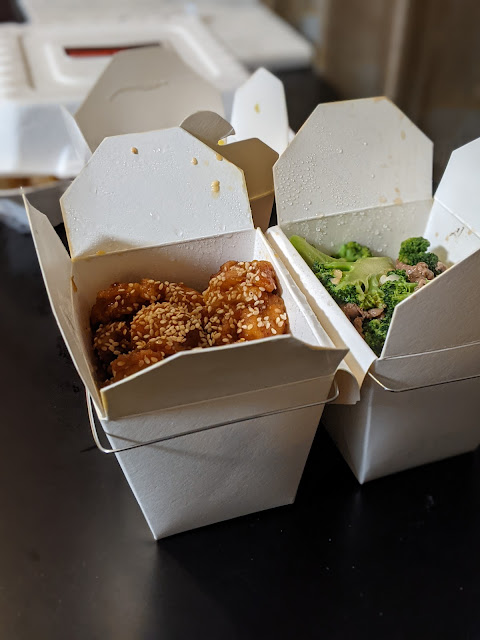 The menu at Forks and Chopsticks isn't long, but it's got the classics you might spy at the mall food court - broccoli beef, orange chicken, chicken zucchini, eggplant and tofu, chicken and string beans, fried rice, and chow mein..and yes, there's fortune cookies, takeout boxes and that familiar looking styrofoam shaped box (minus the styrofoam cuz it's Taiwan 2022). 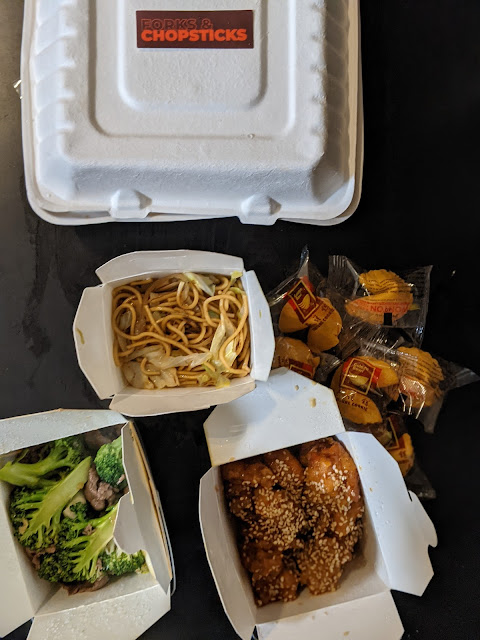 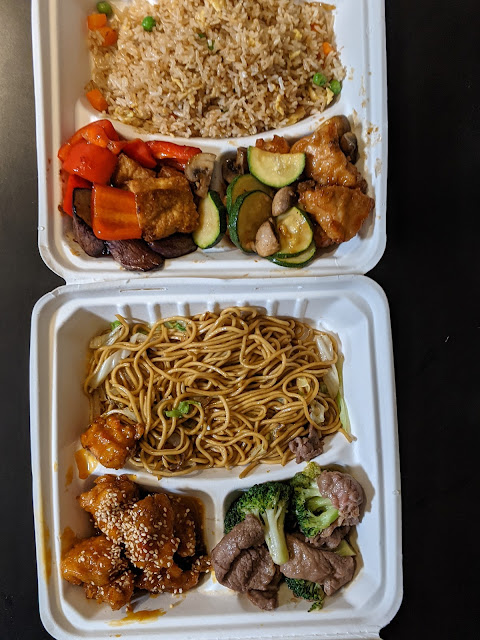 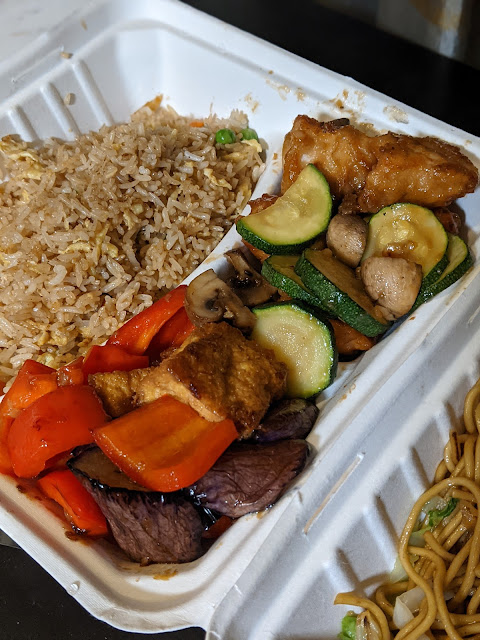 And the taste comes pretty close, at least for me who hasn't been to the states in 2 years and hasn't had orange chicken in more than that. I must admit Panda Express' orange chicken was such the guilty pleasure in college. So while the flavor is close, I do wish it was a bit more crispier and stickier (though I guess I get Korean fried chicken for those cravings these days). Paired with a chewy chow mien, it scratches an itch. The familiar fried rice, the lucky numbers with your fortune. 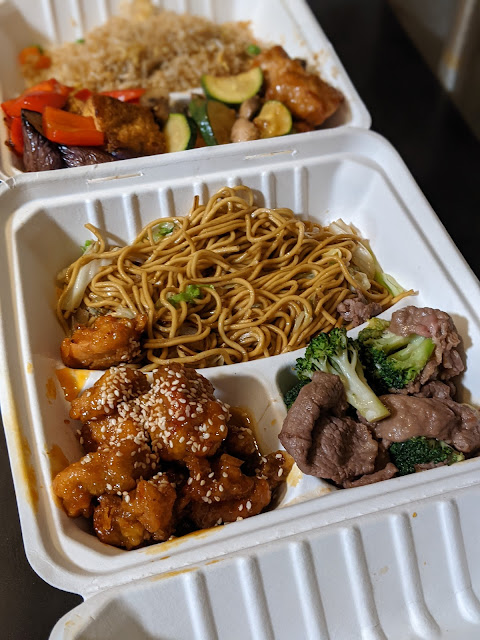 You can order by the dish or get a combo 1, 2 or 3 dishes with rice or noodles (or upon special request half and half). Currently you can find @ForksxChopsticks on ubereats or pick up,  but there's no dine in yet. They are also testing egg rolls (another fave that I haven't had in years) and crab rangoon. 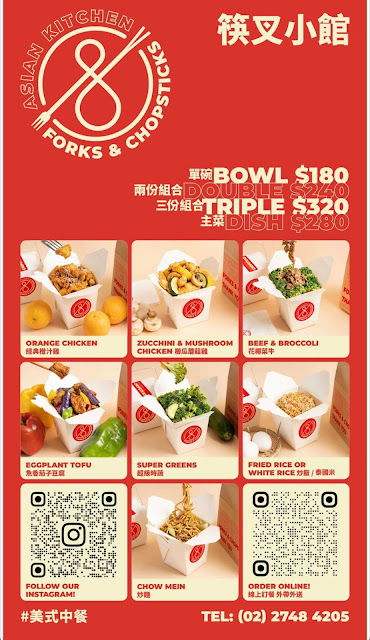 There _are_ fortune cookies, but they are an extra charge unfortunately, the same way chips and salsa are not free in Mexican restaurants here. lol. 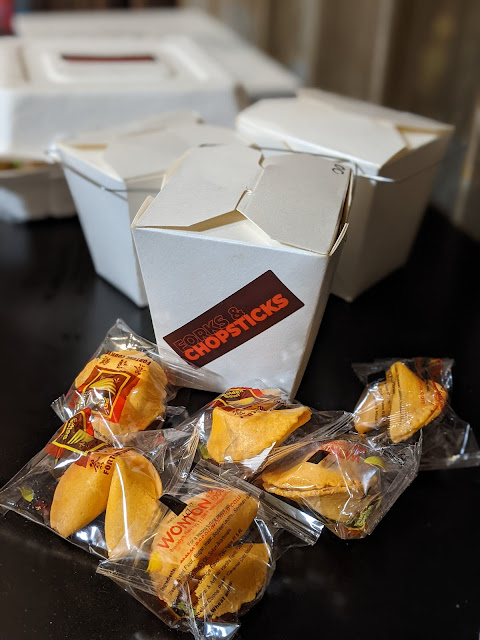 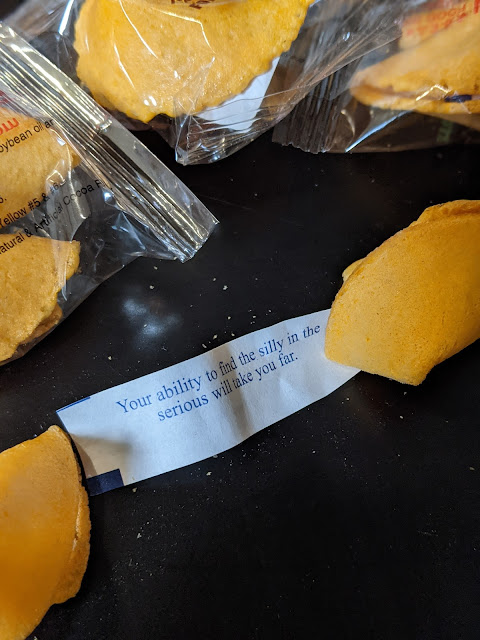 So anyone been missing their takeout menu from back home? What else are you missing? Maybe honey walnut shrimp or (it's been so long I had to google) sweet and sour shrimp or Kung Pao chicken.
FORKS AND CHOPSTICKS
(pick up and delivery only)
No. 67號, Guangfu S Rd, Songshan District, Taipei
(02) 2748-4205
Posted by joanh at 6:26 PM 4 comments:

Email ThisBlogThis!Share to TwitterShare to FacebookShare to Pinterest
Labels: #byinvitation, #takeout, $$ depends on what you eat, american, chinese, hungry girl in taipei recommends, where can you find

I love waffles, but I had never made mochi waffles before. New year, new you, right?
I had some sweet rice flour in the pantry from a visit last year to Siang Khau Lu, so I decided to give this recipe a try (it had the most reviews on google with 442). The result was a chewy, soft waffle that was like some of the round mochi breads or cheese breads I'd pick up at local bakeries. I wished it was slightly crispier on the edges, like this mochi waffle street vendor that I found in Taipei years ago before it was a thing. I should mention I didn't have any white sugar on hand, so I used brown sugar instead of white sugar, which did give it a caramel color and flavor, but did not make it crispy. I'll keep tinkering with this recipe and see if I can adjust it to be crispier.

4. Add 1/4 to 1/2 a cup of the batter to the waffle iron. This will puff up a lot, so I recommend filling it half full to prevent overflow. Cook for 3-5 minutes or until golden brown.