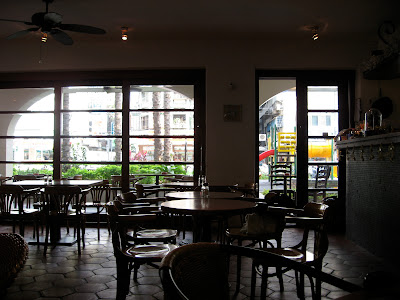 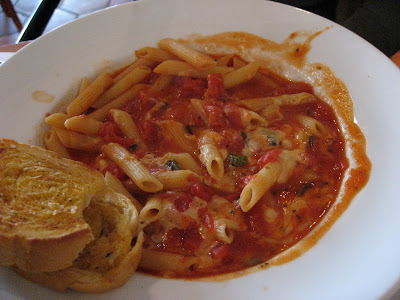 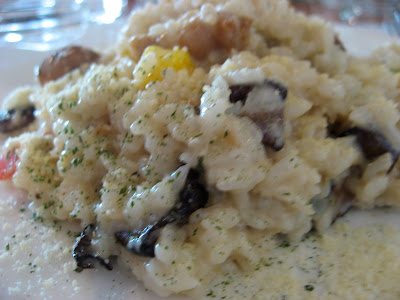 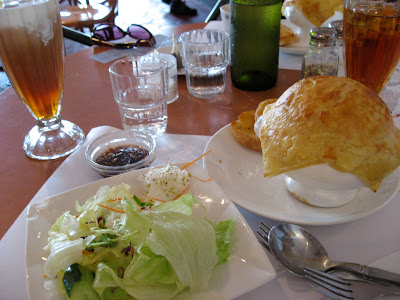 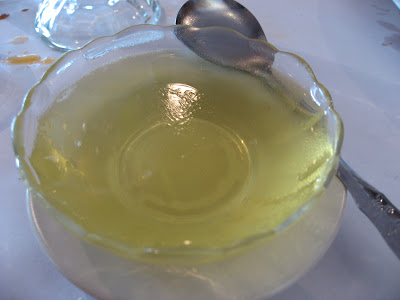 With so many great little Italian spots in Taipei to discover and eat at, this was a big disappointment- so don't be lured in by the good looking facade unless you just want to hang out on the patio.
Posted by joanh at 7:04 PM

I live near this place and won't go in even if someone else was paying!

Puff pastry soups are pretty common in Vancouver, but I haven't seen them in Orange County.

HGIT, I love your site and am putting it in the new Lonely Planet Guide! And yeah, Bongos is hard to find the first time, but they make good poutine!
JSB

rose: wow! good to know taht Ai am not alone.

chubbypanda: yeah- haven't seen much of them in southern california right?

jsb: hi! thanks for the comment-- wow! the new Lonely Planet Guide for Taiwan or in general? i've totally heard about Bongo's poutine- have you tried their mexican food?

Bongo's is actually easier to find if you start from Xin Sheng South Rd. From Roosevelt Rd direction, keep going on the left side of Xin Sheng until you see a place (on left) called 上好魚翅 (big red sign). When you do, back up two alleys. Turn into that second alley counting from 上好魚翅 and keep going passing either 3 or 4. You can't miss Bongo's which will be on your right. It's a little overrated but has a lot of sentimental value among abcs and semi-abcs and 'foreigners'.

Also, you should try Couple Pasta, which is in the 上好魚翅 lane, on the right, very close to Xin Sheng.

Hope that helps! And thanks for your reviews and pics!
Amy

When you do, back up two alleys. Turn into that second alley counting backwards from 上好魚翅 and keep going straight, passing either 3 or 4 alleyways/intersections.

hi! you may wanna try Casa Della Pasta next time. http://www.capasta.com/
it's close to kidsstoryroom and eslite books. the owner has two stores already. the other one is in Dazhi. it's one of students' favorite.

hey hey, thanks for the post, i'll make sure not to drop by there. you're site is awesome by the way, very thorough.

amy/sunny: thanks for the recommendations! i will put them on my list!

james: thanks for the comment! hope you can leave some thoughts about if you've eaten at any places i've reviewed!

Hi, if you guys haven't tried Antonio's in Tianmou, I highly recommend. I think it has the best pasta in town if you like lotsa sauce. The white wine clam pasta is almost a soup base. I think the owners lived in Italy for some years before moving back to Taipei. It's kind of old and dingy and not as hip as nearby La Pasta but the food is OG.

It was probably still better than Bongos! Bongos has really gone down hill the last year and half. I never go eat their anymore (and I live in the same neighborhood as Bongos). If you don't have a reservation forget getting a seat!

kelvin: thanks for the suggestion! i don't get out to tienmu as much as i'd like, but i'm always down to try pasta

shannon: i don't think bongos could have been worse than this place!! that's interesting to hear though about bongos-- everyone else has been saying great things about it.

Bongo's really is hard to find, but it's there. It looks like it's not (hidden with a wooden fence) but it is.

Vino Vino has some high points - the set menu is crap - you should never, ever get it. But the salmon fried rice is actually really good.

The only other thing it's good for is ordering a few glasses of house red and enjoying them on the wooden balcony.