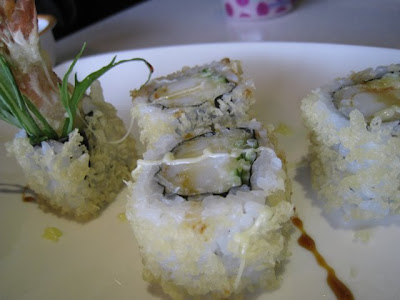 First off, please note that Tenzen Tenpura Sanuki Udon has MOVED! It was lunch and I had a craving for tempura udon, so I headed to my favorite place for udon, near Vieshow Theaters/Neo 19- but it was closed! I was nearly traumatized, but my friend noticed the sign that they had relocated- to the Bistro 98 building. So rather than eating nearby, we hopped into a taxi to Bistro 98. Crazy right? 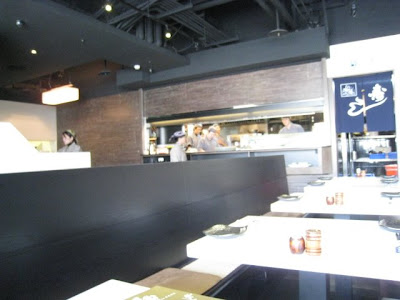 So I was pretty hungry when I got to the new location. I don't think I had high expectations- I just wanted what I grown accustomed to. The new location was empty. The menu was different- they had added sashimi, yakitori and dishes like unagi don to the menu, as well as taken off some udon samplers that I had always had my eye on. The focus was no longer on udon noodles, but rather offering a wider menu (although still in just Japanese and Chinese, with lots of pictures), perhaps to compete with restaurants like Watami. 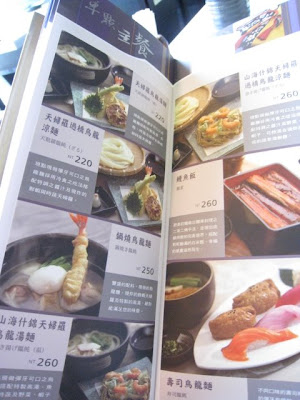 And the service was sloooow. Sure, they were in a new location. But we were the only ones there (before another customer trickled in). I can't imagine how much slower it would have been if it was even halfway full. Did they totally fire everyone from the old location? Or was it opening week? 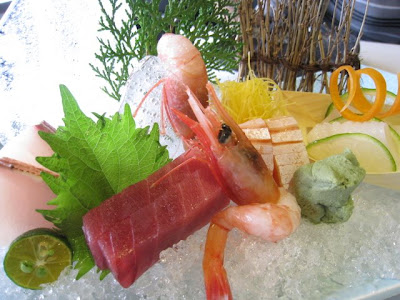 The sashimi (NT$420) and shrimp tempura roll was not bad, but probably not something I'd order again. With the extended menu, Tenpura had diluted itself... instead of being awesome at one thing, it was good or just fine at a bunch of things. 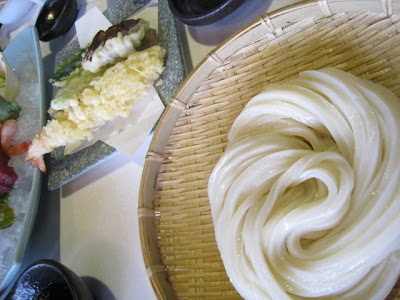 What disappointed me the most was the the tempura cold udon set (NT$220) had 1 shrimp instead of 2, and they didn't have any options for people who wanted more. You can clearly see from the last review the robust pile of tempura with 2 golden fried shrimp.

When I asked if I could order another shrimp, they said it wasn't possible. What about ordering another tempura ala carte? Again, they refused- if I wanted another shrimp, I had to order a whole tempura udon set. If this was my first time to their restaurant, I might have been none the wiser. But I was the only customer in their new location, and they didn't have the ability to adjust and appease a loyal customer. Sometimes the rigidness of Taipei restaurants frustrates me to no end, but I know that there are plenty of other places with amazing customer service to balance it out. I ended up ordering the fried shrimp roll instead- which I figured out on my own and not from the suggestion of the waitress.

The udon was still good- served cold and chewy- the way I liked it, unlike some places that offer soggy noodles that tasted like they came from a NT$40 frozen pack. That's why I still recommend Tenzen Tenpura Sanuki Udon, although I no longer "strongly recommend" it. Hopefully they found their legs in the time after they opened- I haven't had the heart to go back. I wonder how they'll do with the fierce competition in the Bistro 98 building. 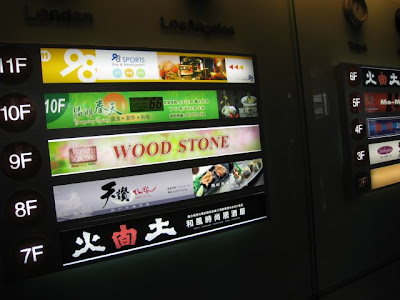 I love sanuki udon so I swung by Bistro 98 the other day to check out the restaurant. Unfortunately, the restaurant is no longer there. Not sure when it closed...but the 8th floor is now empty. I guess I'll have to wait till I get to Tokyo later this month for good udon :(

Kind of sad to hear. Thanks for the heads up. I guess other customers felt the same way.

DAMN - is it really gone? I had a favorite SANUKI UDON place at Daimon Station in Tokyo... ...they have a cold Sanuki Udon with just-fried hot Tofu Tempura that is just unbeatable. The Tofu is incredibly fresh with taste of soybeans. The combined texture of lightly crunchy tempura on the outside of tofu that actually tastes homemade along with the chewiness of Sanuki Udon. All dipped in a light soy sauce with lime slices. Yummy. I don't expect to find anything like this in Taipei, but at least, are there any other Sanuki Udon places open? I need to get my fix...