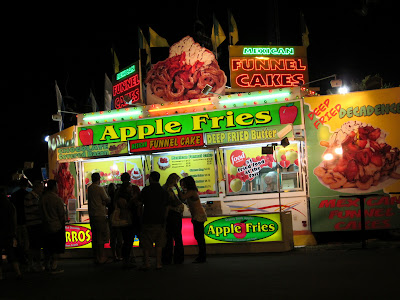 For me, summertime in Southern California means time to go to the OC Fair for Mexican funnel cake! Ever since I tried the sugary, crispy confection last year, I had been counting down the days until I returned this summer and could get my hands on it. 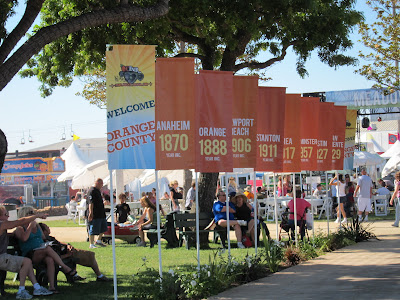 It's always fun to see the dizzying array of food stands available- from the standard corn dogs to chicken and waffles to grilled corn. 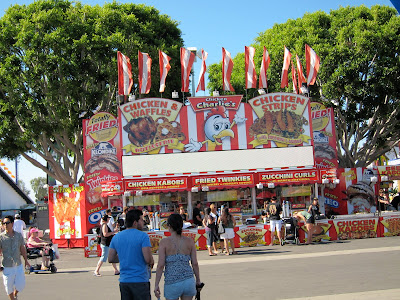 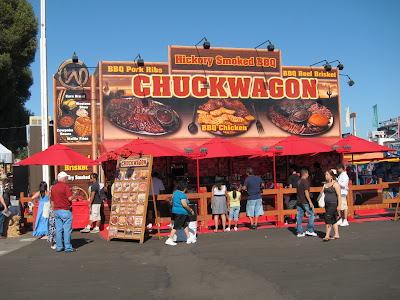 It's amusing to see the cupcake trend has even made its way here. 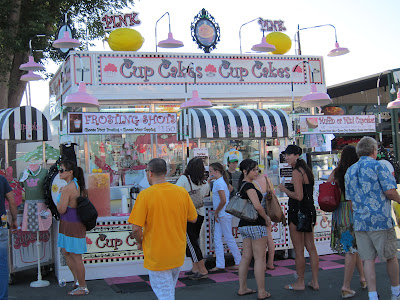 I didn't have the urge to try all the deep fried craziness like the zucchini weenie or the deep fried smores, since I had sampled it last year. So instead I settled on some taquitos from Noel's since I spotted an open table nearby. 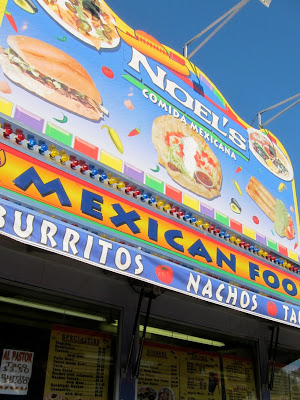 I was happy to see it slathered in guacamole. 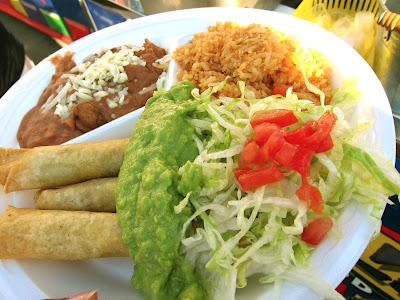 I also tried corn dogs from a couple of stands and if I came back next year, I'd pick Hot Dog on a Stick over the others.

I was waiting for some friends to come to share the Mexican funnel cake with them, but they bailed last minute. It comes in a jumbo size only, so I wasn't able to finish it and it became a sugar overload by the fifth bite or so. 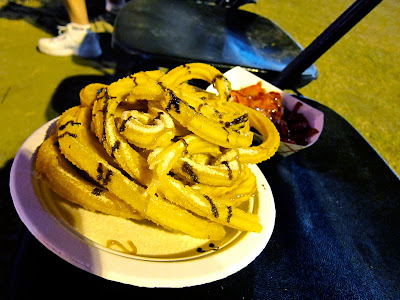 But if you're craving some deep fried butter (SHUDDER!) or chocolate covered bacon, this is your one stop shop to make sure to hit up- but only until August 15th! 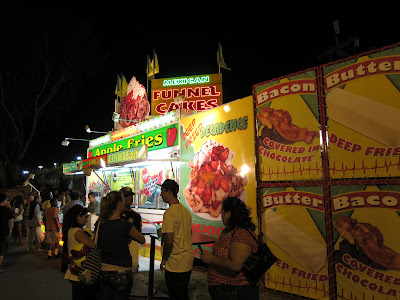 I still haven't been to the OC Fair after having lived there for more than 7 years! I guess I'll have to wait till next year..

Hello! I love your blog :) SO useful--and making me hungry, haha. I actually just got back to LA from Taipei and was wondering--do you have any recommendations for Taiwanese-style restaurants in the general LA area? I know Din Tai Fung, of course, but any ideas for other yummy places?
Thanks, and thanks again for the food posts!

cal: it's made like a giant long churro so the flavor, dough and shape is different.. the American funnel cake is like fried bits and more stringy.

kate: thanks! i don't often eat at Taiwanese restaurants in LA, but ones I've liked in the past include Nice Time Deli in Irvine and AJ Noodles in Irvine. there's one in Torrance and a bunch in SGV, but i can't remember the names! I'll try to look them up. There's the new Diamond Jamboree plaza in Irvine and that has 85 degrees

I saw your picture first before reading the title and said.. THEY HAVE FUNNEL CAKE IN TAIWAN?! It turns out it was in States... Deep fried butter sounds disgusting... Bacon covered Chocolate is almost like Chocolate sausage they have in Ximen.

I enjoy your blog so don't take this the wrong way. Your writing style is somewhat simple and sophomoric and thus does not lend itself to the use of complex words and terminology. When you do use these complex words, it causes your sentences to become unwieldy and it distracts from your overall message. I realize that this blog is probably directed more towards non-native English speakers who may not be able to distinguish the difference and if that is the case, then your writing is more than adequate. My advice though is to stick with the simple words. It will make your blog that much more readable.

On a food related note, you may want to try L'Atelier de Joel Robuchon. The food and the atmosphere are top-notch.

Deep fried butter? And did I see a "frosting shots" sign on the cupcake stand? Ew!

It is really annoying when people don't stick to food topics here and try to offer advice they don't even follow themselves. (complex words? HA! you are so funny)

hungrygirl, love your blog. keep up the great work and don't change a thing. I am sure all of your readers would agree.

Another year, another visit to the OC Fair. Another amazing food experience. New item this year was fried Klondike!

@jjdog - this is a great blog

@hungry girl - your blog is great, even though I rarely get out to Taipei.

Omg, how did I not know about this when I was in OC last summeerrrr??? Aaah! Man, I LOVE funnel cake (one of my great love affairs-- one of those relationships that makes me fatter and fatter . . . gotta love it! :D), and Mexican funnel cake looks absolutely decadent. I want!!

I've also heard about deep fried butter (although it sounds gross, I'll bet it's delicious . . . something like deep fried oreos... hmmm). Did you know that they now have fried chicken covered with red velvet cake crumbs? What will people think of next . . .