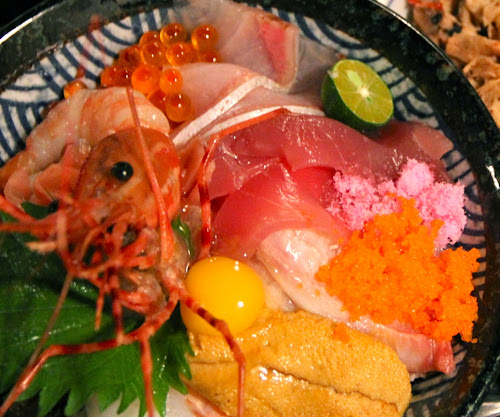 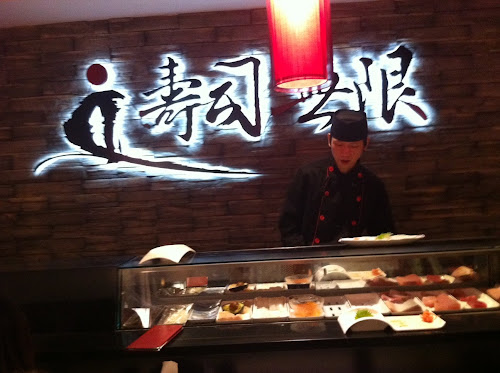 Walking around the 101 area, I was looking for somewhere new to try. Located on the busy ZhongXiao E. Road near Crown Bakery, I-Sushi is a solid choice for affordable, decent Japanese food in a family and group friendly environment. I was hesitant to go in at first because from the entrance it looks like there is only sushi bar seating and a few tables for couples on the side, but actually they have a second floor that has a ton of seating available for large groups. 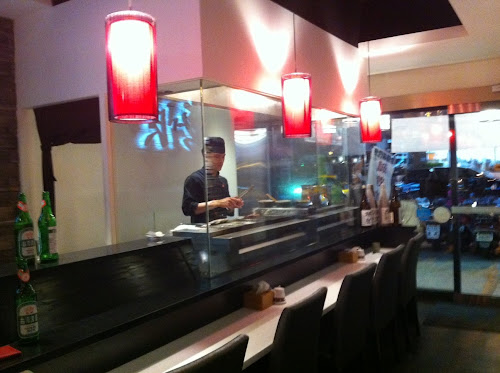 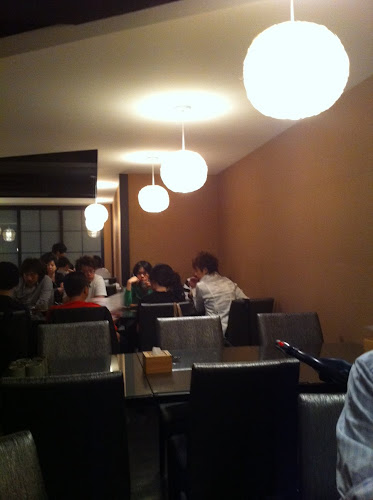 One of the main negatives about I-Sushi is that the menu is only in Chinese with not a lot of pictures, so you have to bring someone who can read the menu, or quiz the fairly friendly waiters about what's available. The Chinese only menu is quite extensive beyond sashimi and only with advance reservations they have some sort of all-you-can-eat sashimi deal (NT$500 for 90 minutes?!) that I didn't quite understand. If anyone has tried it, explain to me how it works! Since we walked in without advance booking, we weren't allowed to try it. 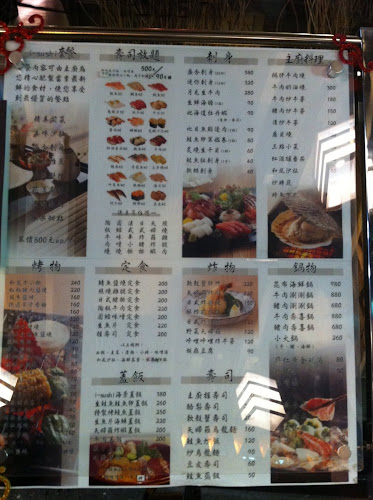 So instead, I got the I-Sushi chirashi bowl set (NT$380), loaded with raw goodies including uni, sweet shrimp, ikura, tobiko and slices of sashimi. Many of the sashimi bowls here come with a raw egg which I'm not crazy about, but I kind of went with it and put in a lot of wasabi. Everything tasted fresh, so I breathed a sigh of relief. The set also came with soup, salad, steamed egg and small appetizers. 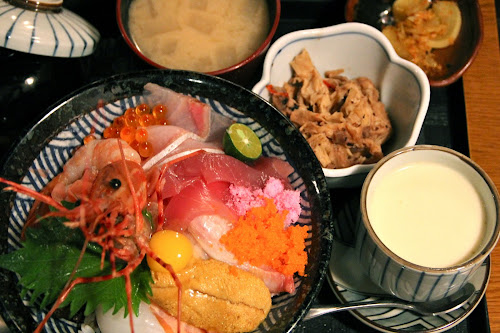 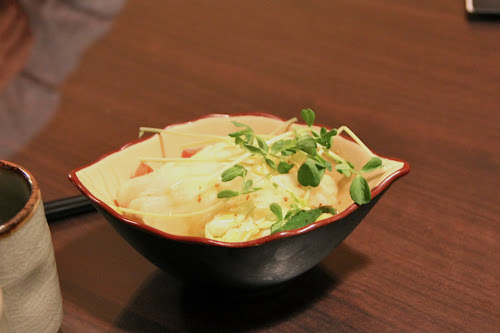 My friend ordered the unagi over rice (NT$250). 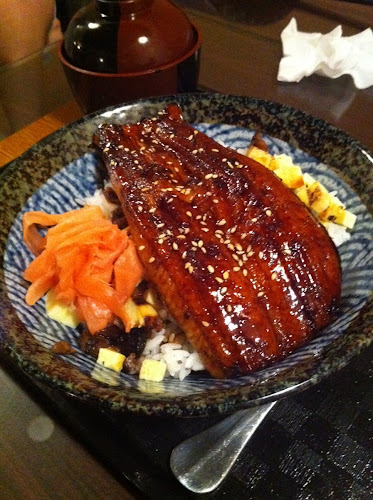 I wasn't crazy about the soy sauce broth for the tempura udon (NT$160), but the udon itself and the tempura was good and came with big prawns. I also saw another large group and most of them ordered some sort of sukiyaki that came on a large ceramic mini hotpot. 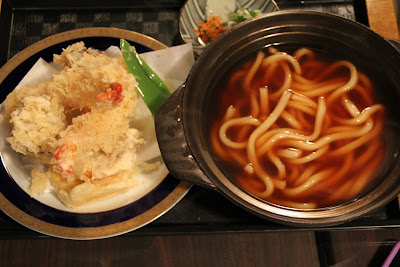 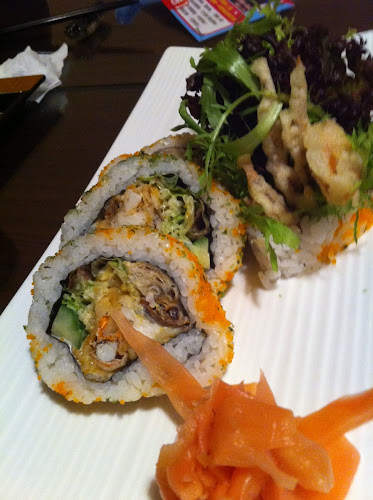 One of the best deals was the bowl of steamed rice with salmon and ikura (NT$50). 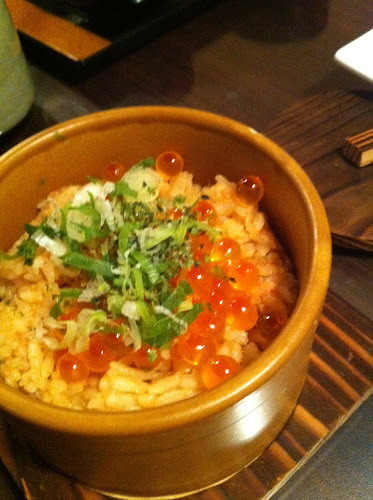 And a complimentary panna cotta for dessert. 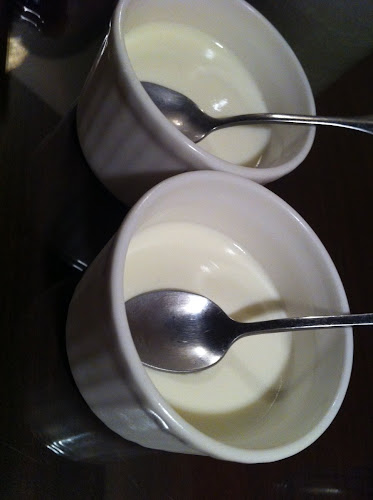 Opened over a year ago, I had never even noticed I-Sushi until I walked around this area (though after eating here I think there used to be a branch near Burger Stop?). It's always great to find another Japanese place, even better that it's not crazy expensive and a great option for a casual night out. 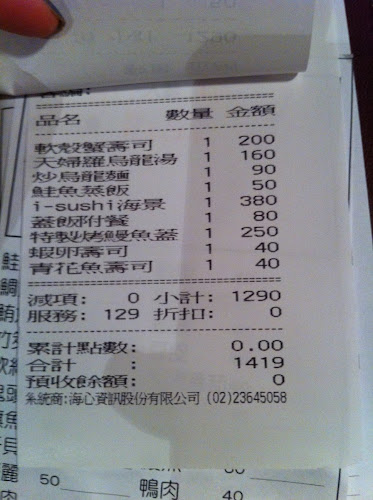 The uni and eel rice look SO delicious. Your blog makes me miss food in Taiwan!

I think the all you can eat deal is limit to 90 minutes otherwise people would stay there for four hours.

lauren: thanks for commenting! that's my blog's job! hahah

anonymous: cool, thanks for the info! that's definitely true, need the time limit!

Just visited last night -
I thought I got the wrong place cause no one was inside eating and in Taiwan, if no one is inside eating, that is usually a bad sign. My friend and I were really hesitant about the place until we got our food (all you can eat, pretty great deal and delicious too).

I hope it's not usually that empty! It really does kill the mood a bit, as weird as that sounds. It did get better towards the end of the night when they started blasting hardcore hip hop music did it not feel so awkward haha

J Dubbs- thanks for commenting! I haven't tried the all you can eat yet, but I want to! The first time I went it was fairly full but the last time I went for lunch it was also empty. I think all the new places at ATT4Fun and all the malls really hurt the other businesses, but who knows..