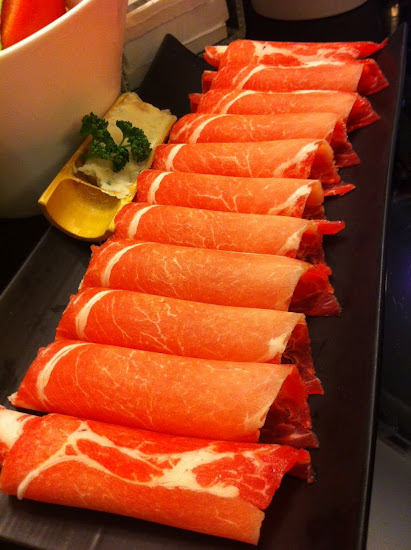 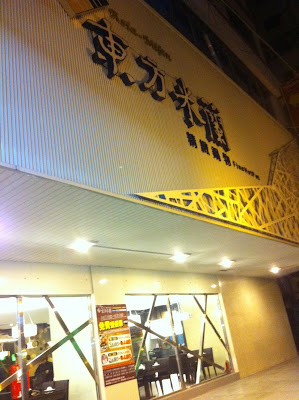 Sometimes you pass by a place so many times, crowded with diners and make a mental note to try it sometime. After the Cranberries concert in Taipei at NTU Sports Center (yes! the Cranberries from the 90s of Linger and Zombie!), we wanted to find somewhere in walking distance to eat that was open at 10pm and ended up at Asia-Milano, a two story hotpot restaurant on the corner of Xinsheng and Heping, near Daan Park. All of us had always passed by, but none of us had ever eaten there before. 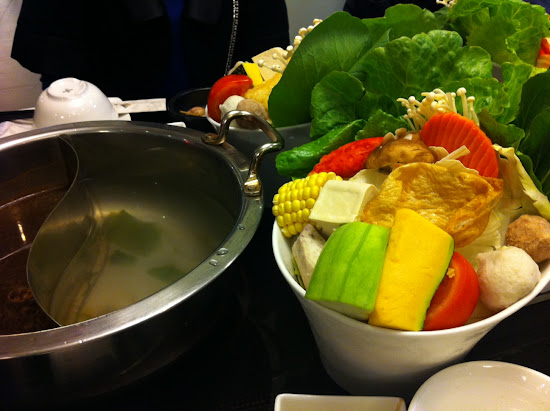 Asia-Milan Hotpot offers up hotpot sets with various types of soup base, including spicy mala, sour cabbage, coconut curry and Chinese herbal soup. In the back, there's an array of sauces to mix up to your liking, thankfully all labeled in both English and Chinese. I ended up with just sesame sauce and some scallions. 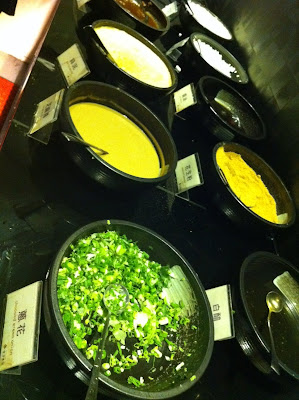 With the set, each person gets a small appetizer, choice of starch (udon, vermicelli or rice), choice of meat (pork belly, lamb, sirloin or duck), vegetables, dessert, drink and choice of soup base (NT$288-388). There are also seafood sets available (NT$888), as well as ala carte add ons. I chose the Japanese shabu shabu broth, the lightest (and blandest) of the bunch and udon, which came in a frozen puck. Different people can choose different soup bases and share with the dual sided hotpot. The appetizer seemed like a dried out ham wrapped around something- skipped it. 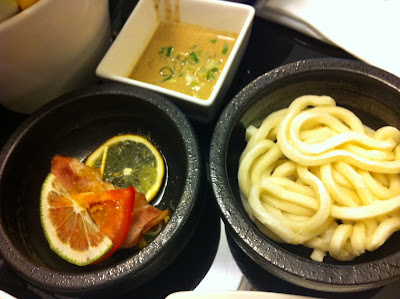 The veggies are fresh and the pork slices were plentiful as well as came with a small bamboo spoonful of fishcake to self scoop in, so I could see how Asia Milano could be popular with Taida students or families. With so many hotpot options in town, I wouldn't venture out of my neighborhood to come here, but it might be a roomy late night option for those looking for a last minute dinner spot.... 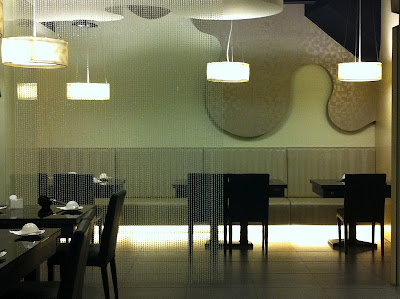 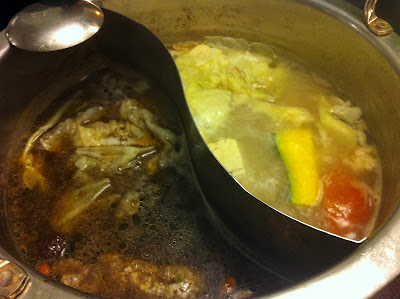 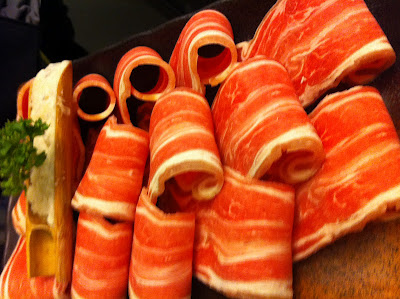 Unless you're a fan of this soap opera, which I found a screenshot posted on Asia Milan's Facebook page, which shot a scene at the restaurant. I don't watch Asian soap operas so I have no clue, but maybe some readers out there are fans?

Everything look so delicious. The place looks pretty good so it worth a visit.

Clarissa at Talk to the Clouds said...

LOVE your blog. I'm getting super "away-sick" for Taipei. :( I don't know the names of most of the restaurants that I went to when I was there (though I remember avoiding the Lawry's when it was in Living Core Mall because of its prices) but man, Taipei is just a fantastic place to eat! And eat! And eat! I miss it.