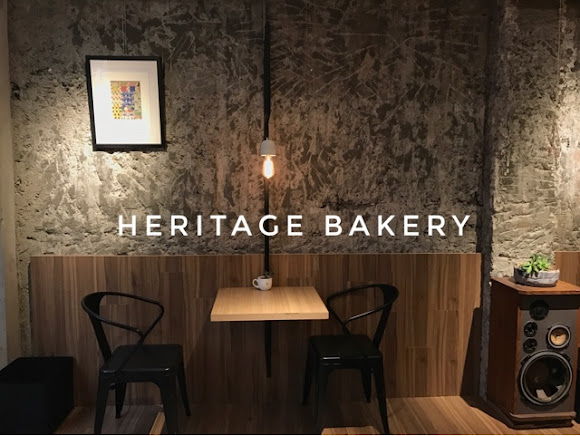 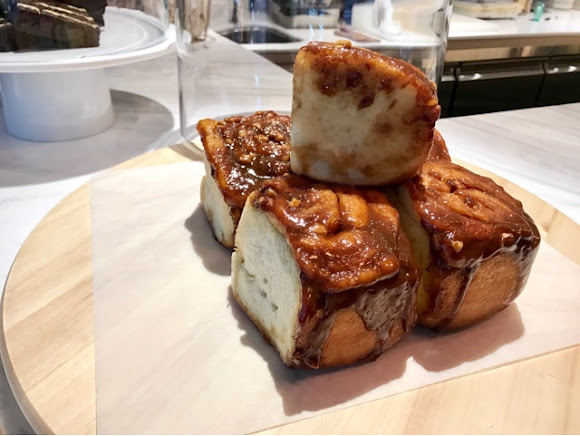 [TAIPEI]  Anyone who has been craving warm, sticky cinnamon buns in Taipei must get themselves to Heritage Bakery now. Opened in September 2016, Heritage Bakery is the result of owner Sally Song transforming an old family building into a gorgeous bakery/cafe serving a counter full of American style cakes and desserts, including a plate of cinnamon buns beckoning at the entrance's window. The cafe's classic and clean decor, peppered with refurbished vintage fans and speakers as decoration, and bookended by the original building's brick and concrete walls, looks like it could be out of the pages of Pottery Barn or Williams Sonoma catalog, both companies that Song previously worked for. 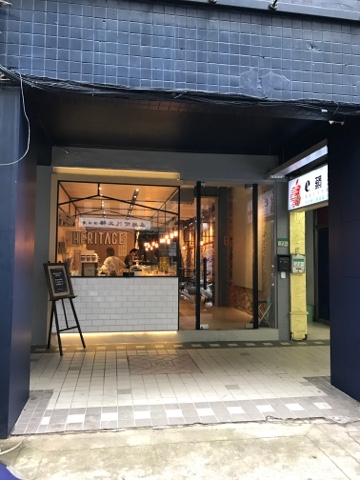 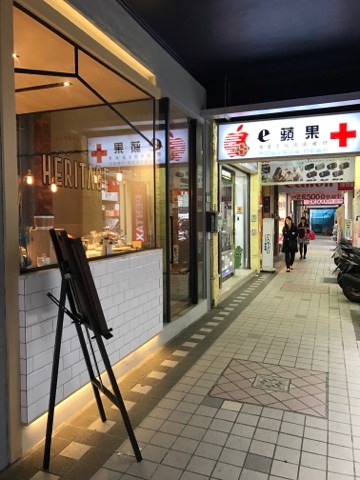 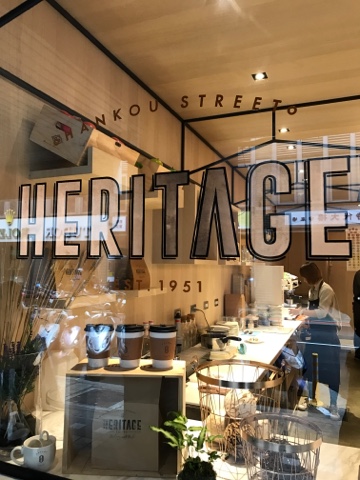 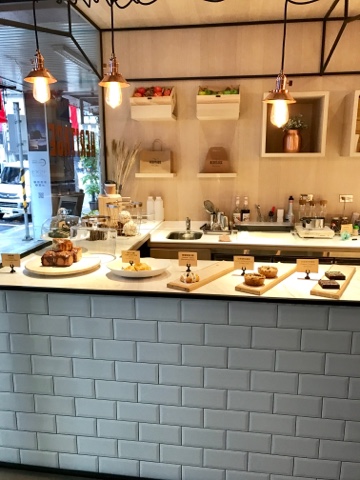 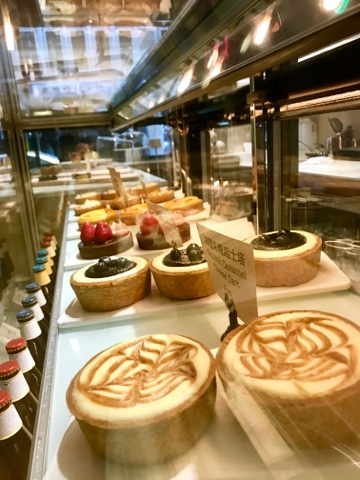 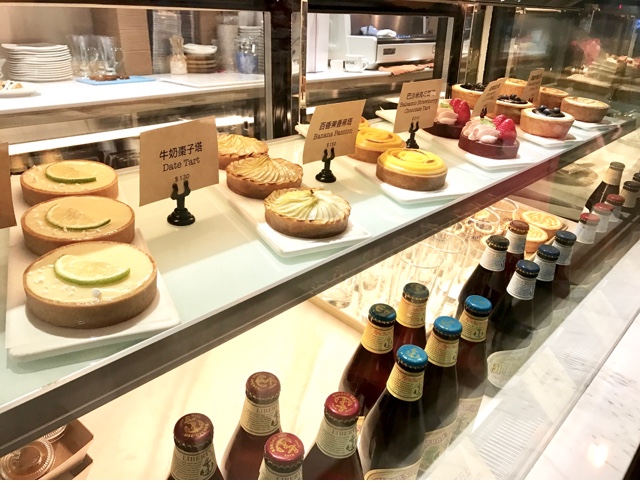 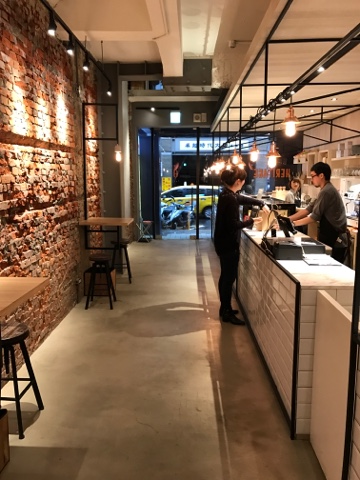 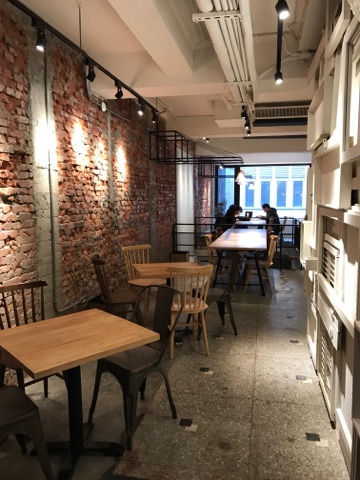 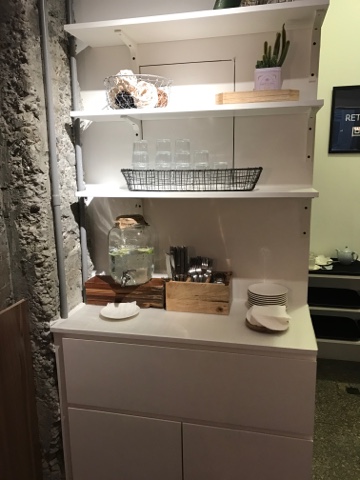 There's currently only one savory item on the menu, a bacon mushroom potato tart, creamy and crisp, topped with a thin layer of cheese with a subtle layer of local pepper (NT$180). I wished there were more mushrooms and less potatoes since it's quite filling, but I polished off the entire thing anyways anyways. 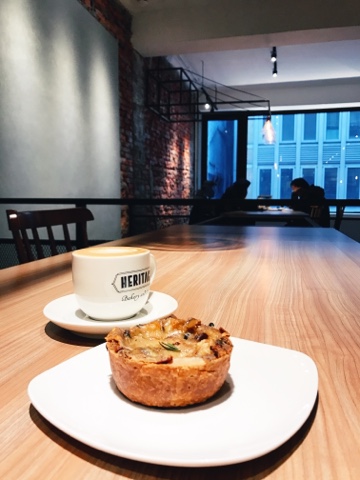 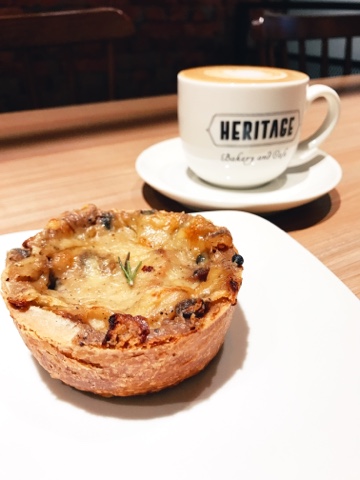 But we are here for the desserts and there's so many to choose from! I settled on trying the most popular items- the cinnamon roll and the salted caramel cheesecake. Song said that there was definitely a learning curve in working with her pastry chef, who is Taiwanese and has never traveled to the US, to create authentic flavors and textures with rounds of recipe testing without having tasted the real thing. Considering the differences the palate between Asian desserts and American desserts, the results are pretty amazing, as all the desserts I tried were on point. 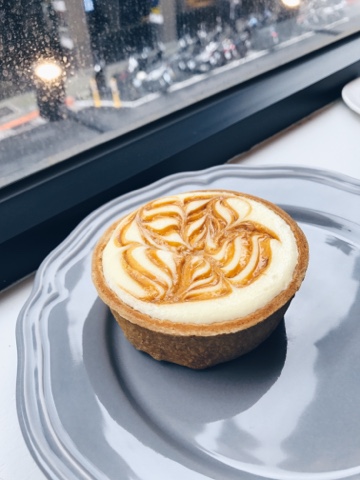 Cutting open the salted caramel cheesecake, I could already tell I would like it. Not as dense and firm as NY cheesecake (and less cakey than the Japanese style cheesecake that is popular in Taipei), Heritage Bakery's cheesecake is more melt-in-your-mouth creamy and smooth, as a result of being made from cream cheese, marscapone and sour cream. Perfection with the sweet caramel swirls and touch of salt to balance the sweetness. 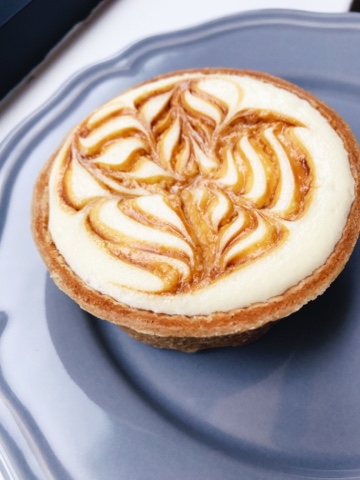 And the cinnamon bun tasted as good as it looks. My fork easily cut apart each layer, which was moist, fluffy and pleasurable with a sticky finish from the caramelized sugars and cinnamon coating. I've tried my share of cinnamon rolls in Taipei (Fly's Kitchen, Mia Cucina, IKEA, Original Bakery, Bonjour Bakery, La Petite Pearl to name a few) and this one is the closest I've had yet to my Cinnabon cravings.  My only regret is that I didn't pick up a few extra to share and eat in the morning for breakfast. Don't make my same mistake. 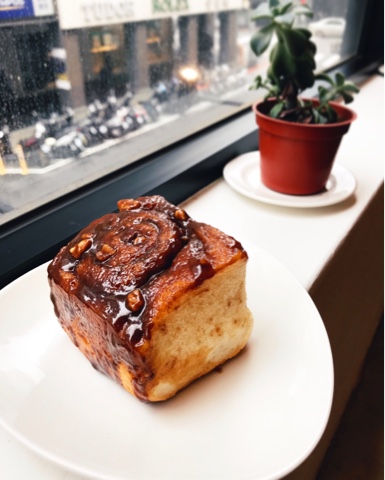 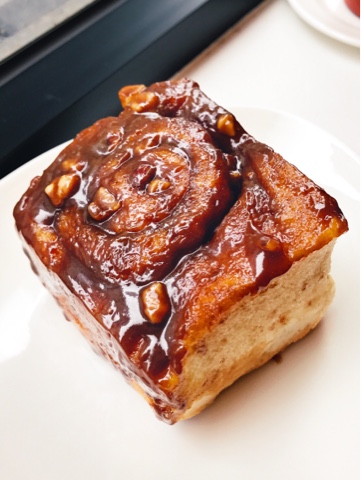 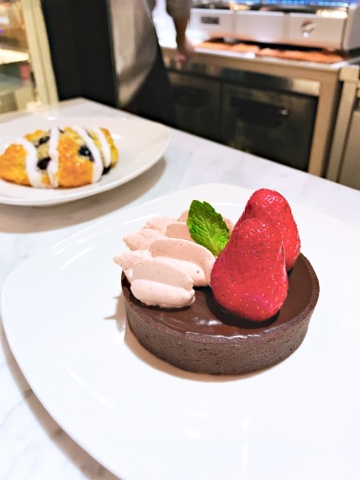 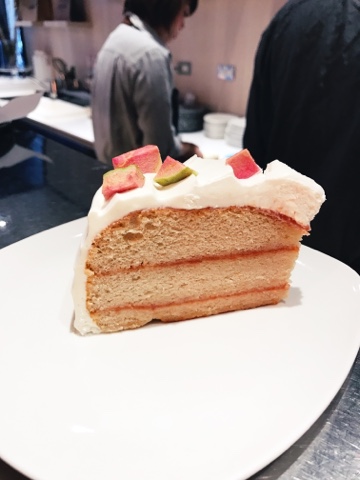 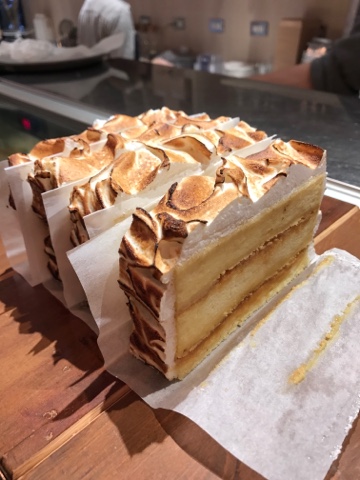 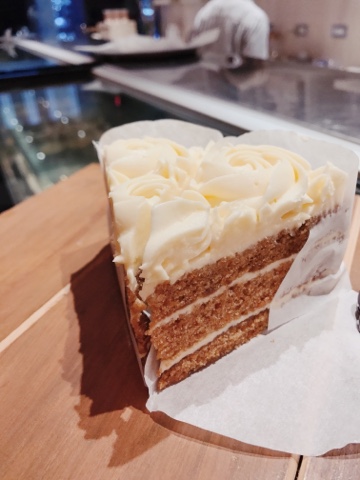 Even though Heritage has been open for only a few months, Song has ideas about the bakery's space for the future- hoping to bring other bakeries or chefs for pop-ups in Taipei, since the bakery is only open during the day time and she has a full kitchen on the third floor. Until then, I will be happy to come back to try out the other delicious desserts one by one, or maybe one of their beer and dessert pairings. Heritage Bakery is worth the trek to Hankou Street, near Taipei Main Station and Ximen areas. 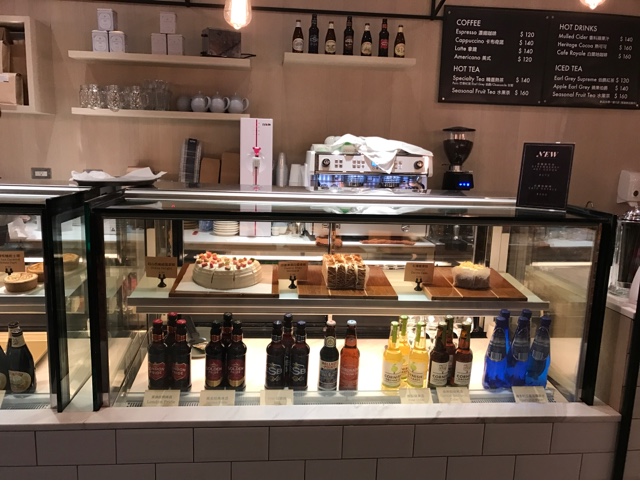 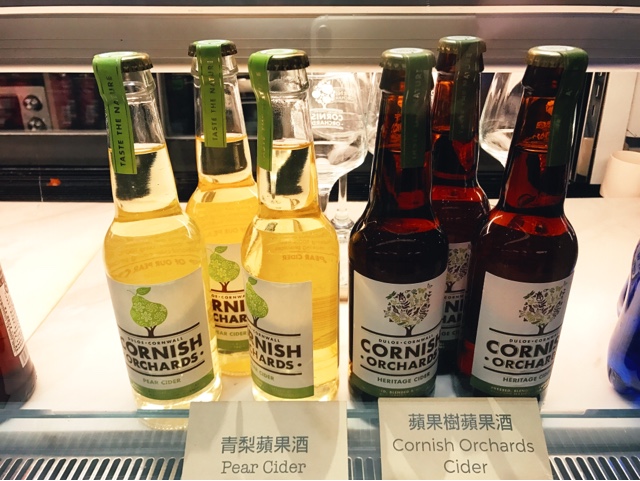 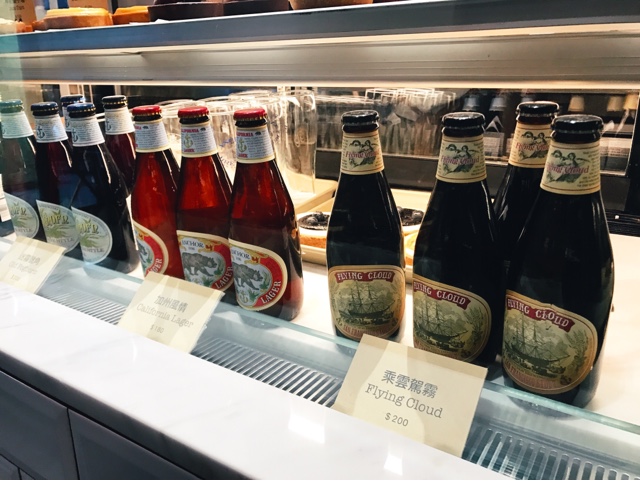 how was the carrot cake? can you recommend the best carrot cake in taipei?

@aileen I really loved the carrot cake here! Definitely try it here or for a lighter flavor, WXY

This blog post is making me crave a cinnamon bun now. Can't wait to stop by that bakery!

I've been to Heritage Bakery and thought it was pretty expensive compared to other cafes in the area. It's definitely very nice, modern and hip so that's the difference. I also noticed you store alcohol there with them...at least that's what I saw some other guests do.