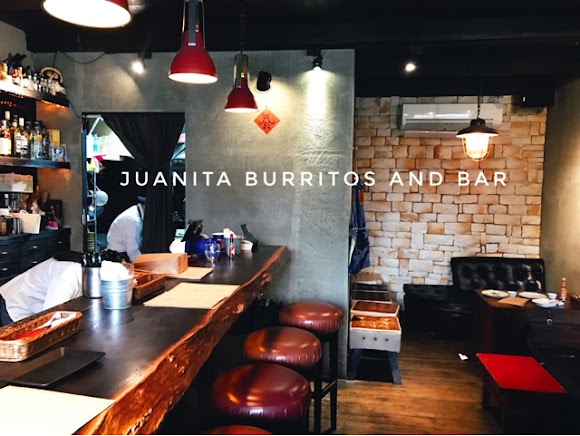 kid friendliness: leather seats and barstools in a bar, don't know there are rules against kids being in bars in Taipei? 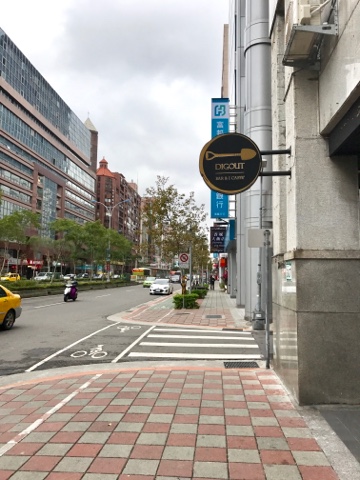 [TAIPEI] So quite a few of you were very excited when I posted on Instagram about Juanita's being "back," when I first spotted it on Ubereats a few months ago. It IS back, but as a pop-up of sorts, taking over the menu and space at Digout Bar on Xinyi Road only during the daytime hours. The strategy to save costs on both businesses bringing an unexpected ambiance to your tacos and burritos. So when you are walking around looking for Juanita, you actually need to look for these Digout signs instead (a couple doors down from Tai Ho Dien). Be sure to go before 6PM, since it turns into a pumpkin, I mean back into a bar then. I wonder if they still offer nachos or finger foods at night. 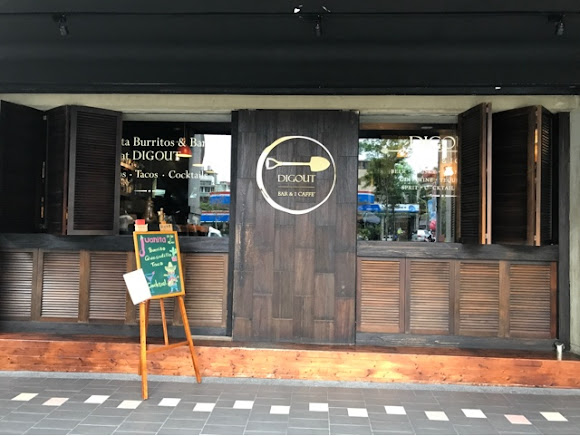 The door is here- you have to slide it open. At first, I wasn't sure, so I thought I would point that out. 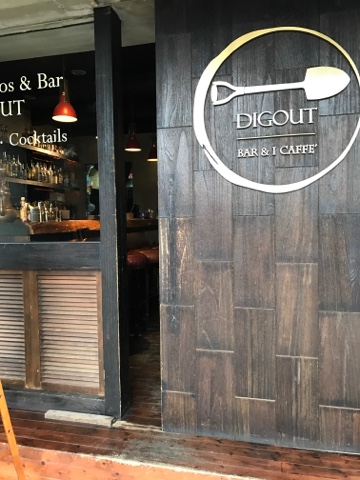 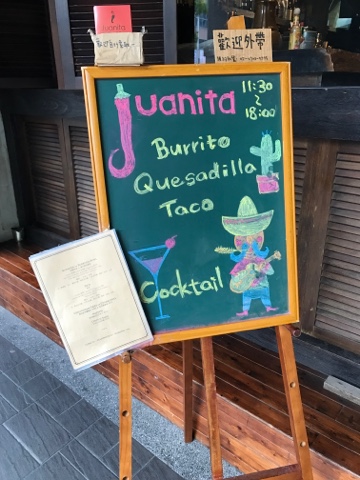 Juanita first opened in 2012 and was closely modeled after Chipotle which made a lot of people happy until they closed in 2015. The sign from their original store made it to the new location, explaining the basics to the Taiwanese would-be customers who don't know a burrito from a taco. Haha! 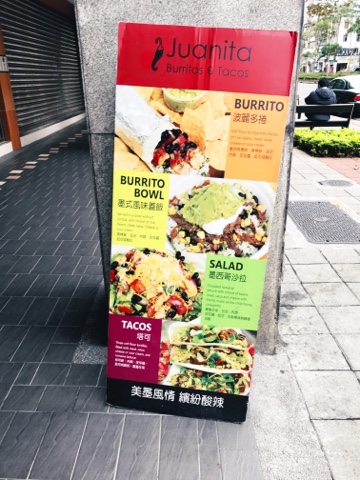 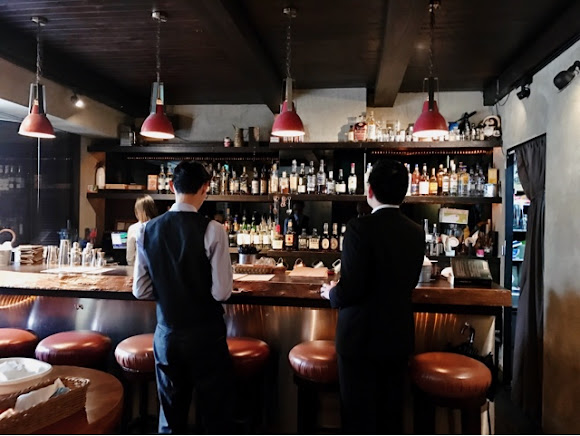 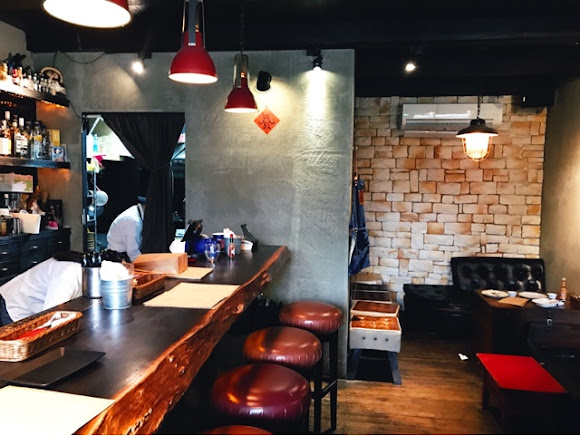 The menu offers up burritos, burrito bowl, tacos, chili cheese fries, quesadillas or nachos, as well as sangria and cocktails, since it is in a bar. Vegetarian options are available as well. I was a bit disappointed to see that there was no barbacoa option since that was my favorite thing from Juanita and something that would be more difficult to make at home. 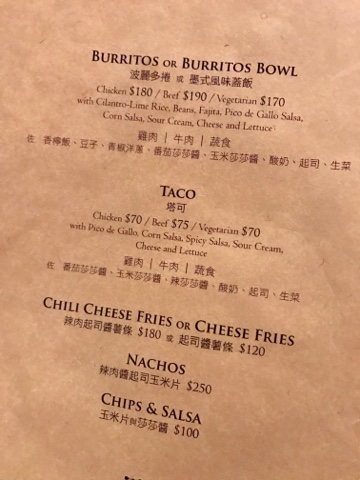 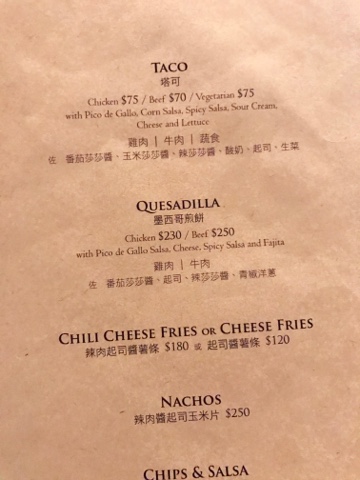 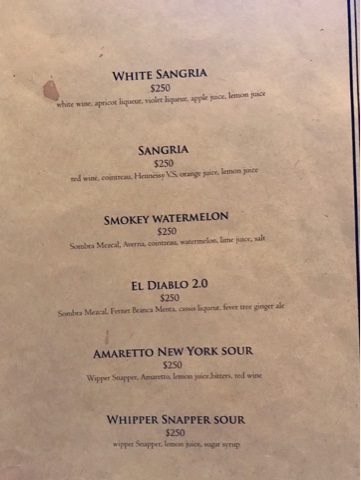 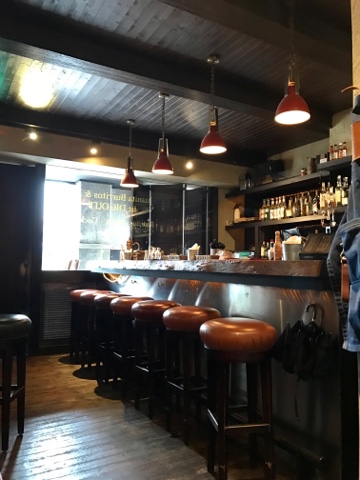 We ended up getting a burrito bowl, chicken quesadilla and a couple tacos. 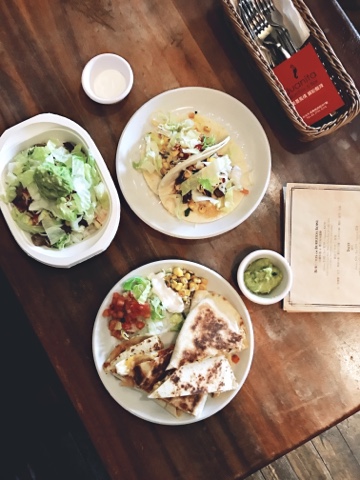 The chicken quesadilla (NT$230) was good, plenty of cheese and side of guac. But something one could easily do at home or find at other restaurants. 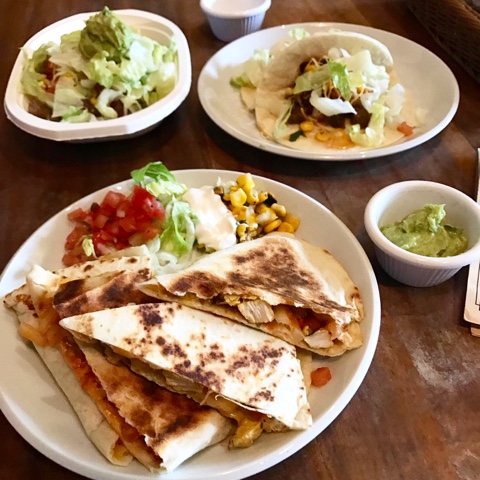 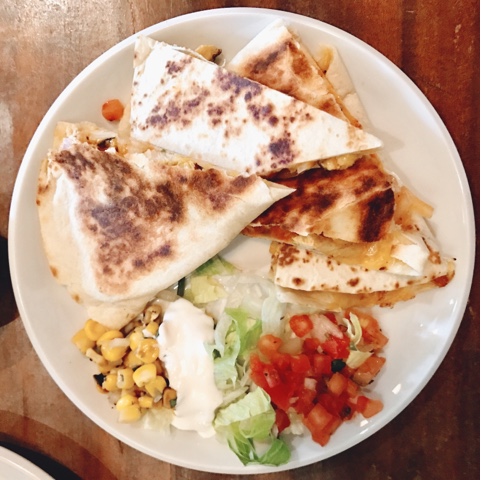 My friend was happy with her steak burrito bowl (NT$190) 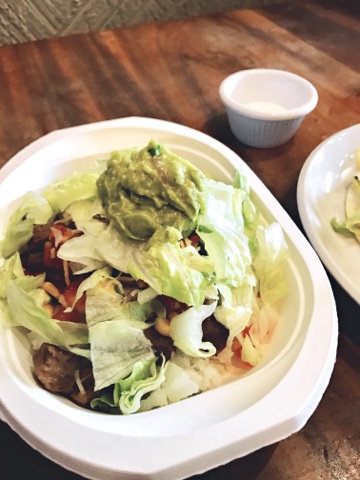 Note that the rice is "cilantro lime" rice instead of Mexican rice, same as their old location, but looks kind of like white rice to me. Now that the chicken chipotle bowl from Sugar Pea is available in Taipei, this can't compare. 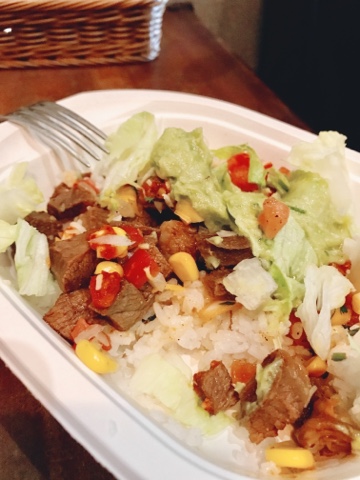 And the tacos (NT$70-75). The tacos are probably the only thing I wouldn't order again. They weren't very hot and the flour tortillas were a bit thick and the toppings skimpy and bland. In retrospect, maybe I should have tried the burrito instead of the tacos, but when I asked the server if the taco tortillas were corn, she said yes. I think she misunderstood me and thought I was asking for corn salsa in the tacos? In the end, I would have rather spent my money and calories on fish tacos from Macho Tacos instead or stuck to making my own. 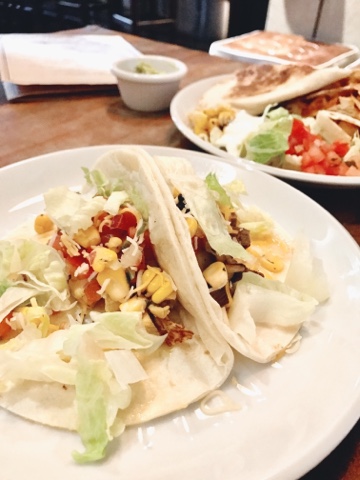 So those of you who were fans of Juanita while it was around can give it a try. But those looking for LA style dollar tacos will still have to keep looking. If you find it, please let me know!

Stopped in yesterday and JUANITA BURRITOS was not open.