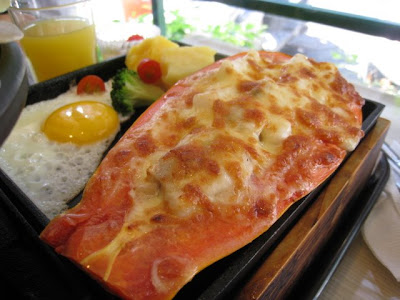 Kid friendliness: Booths, no high chairs. Room for strollers. Kids will especially like the yogurt drinks and desserts 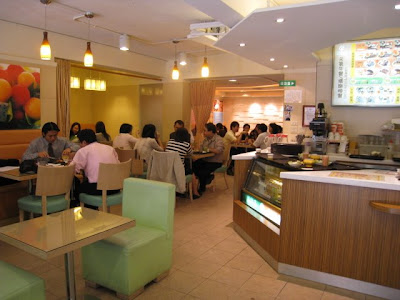 To be honest, I thought I was in trouble when I entered Yogudo with my dad and aunt. Even though it was bustling with locals, I took one look at the busy looking Chinese-only menu with weird sauces zigzagged on food and thought, another local place that only locals could love. 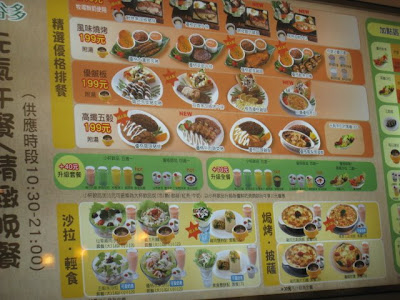 There are salads, combo plates, baked gratins and pastas and mini-hotpots, most meals ranging around NT$199. You could also make your plate a set by adding NT$40 which gives you a small drink and dessert. I reluctantly chose the grilled pork dish. 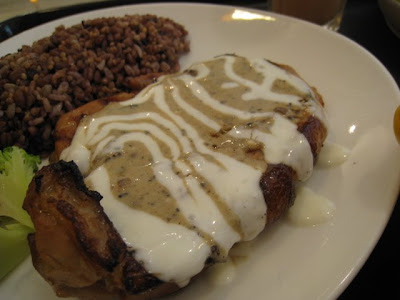 But guess what? It was actually good! And good for you. Yogudo's whole concept is about healthy eating, using yogurt almost every dish- in marinating the meats, as sauces, in the hotpot, in the drinks, as well as more fiber and city garden grown vegetables. It's actually a concept that I could see working in the states with the whole organic foods/health trends. Every dish has a sweet and savory combo to it. 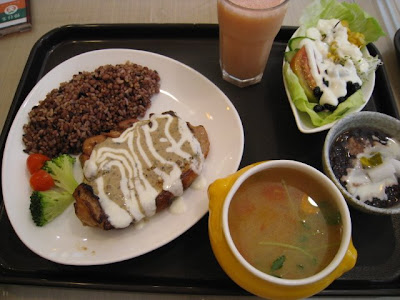 In my pork combo plate, there's the good sized baked pork, purple/red rice, salad with corn, black beans, tomatoes, and cucumber (I pick out the sprouts), vegetable soup and if you get the combo, drink and yogurt jelly or pudding. The pork is tender and bit savory and salty. I think I heard that the meat was marinated with yogurt to help tenderize it, but someone might have to back that up for me. The vegetable soup tastes freshly made and is full of chunky carrots, potatoes, and a sprinkling of sprouts.

Having gone back now a number of times, I like the green drink the best- over the cantoloupe-ish orange drink, while the Yogurt drink is a close second. Dessert wise, the milk pudding is great, as well as the jellies topped with yogurt.

My aunt got what I thought was a salad, but it turned out that there was a bowl of spaghetti hiding underneath. There's also baked gratins and pastas for those that like their pasta with a lot of cheese on top. 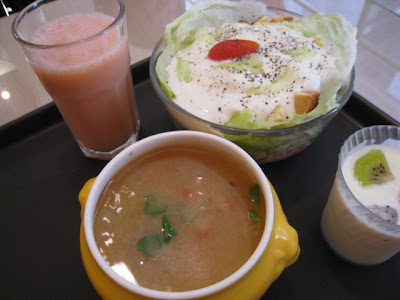 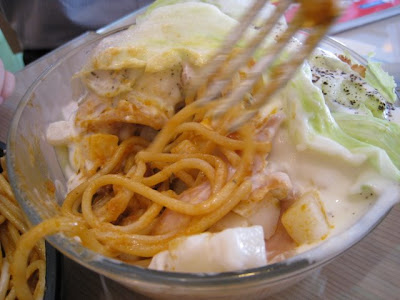 My dad got a combo that had a hotpot with vegetables and a seafood gratin inside a papaya. I do NOT like papaya, so I didn't try it, but I thought it was so unique that instead of water, they give you this yogurt milk to cook inside the hotpot. I should have given it a try, but I was too wrapped up in my pork and rice. 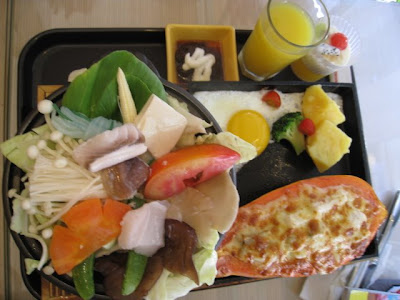 For those of you giving up on white rice, you should try this rice! This reddish-purple rice has a texture and taste that makes me want to buy a bag and replace all the white rice in my diet. Nutty, soft, but with a bite. It's like I'm more conscious of chewing the rice since it's got texture. I'm not sure the name, but it's not the purple rice I've often had in Korean soondubu tofu restuarants, nor the brown rice that is in some Southern California cafes. I've been researching Wikipedia and trying to match up pictures, but it's a mystery. Is it Bhutanese red rice? Is it akai rice? Anyone know? 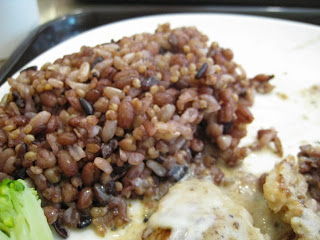 In any case, it's quite addictive. Since eating here the first time, I've ordered the same pork dish to go two or three times and gotten a few other friends wanting to try it as well. Recently, I went back and tried the grilled beef wrapped asparagus- a bit greasier than the pork, but maybe the asparagus balances that out.

Look for this storefront across from the Ikari Coffee, in the lanes behind the Zhong Xiao and Keelung intersection. Take your health nut friends and see what they think. 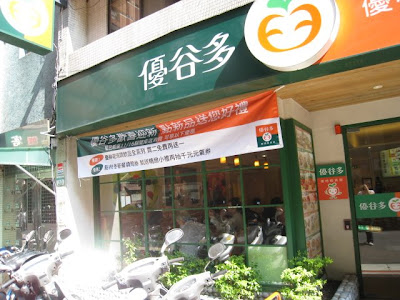 I could be wrong, but I'm pretty sure the purple rice is 五穀飯 - wu gu fan (5-grain rice). Right? I love that stuff!

Love your blog by the way!

Do you think it could be Thai black rice (aka Forbidden rice)? We cook it a lot at home and it has that texture you're talking about.

looks great and you're on a roll!

keep up the good eats!

beth: YES! You are right.. thanks so much for identifying it for me. Thanks for reading and commenting!

food lover: they taste better than they look. :) thanks for commenting!

shavedicesundays: 5 grain rice.. i heard it's white in the package, but turns pink when cooked.

cornbread_chris: thanks! got some more coming along..

Omg, it looked so delicious.

I was wondering if you would ever be interested in becoming a featured publisher with Foodbuzz.com? If so please conctact me at lizstambaugh@yahoo.com

Darn it, Beth beat me to the punch--I was also going to say five grain rice!

The spaghetti surprise is interesting. I'm trying to imagine how it tastes right now.

Do they use plain(sour) yogurt like we buy in America? Or the "plain"(sweetened) yogurt that you can buy as drinks in Taiwan?

liz: thanks! i'm hoping to get everything together so i can do foodbuzz. it's a very cool network

roger: it's a bit sweet, like in the drinks..

wow this looks so good. I miss taiwan so much.
What exactly is the sauce for the pork?

Nice colours! Although I'm nto a big fan of grain rice, this sure looks yummy! I'm normally the one that will say no to 5 grain rice.