I had hoped to update the blog by being able to work on my backlog of posts and half written reviews, but my time is not my own when I'm not in Taipei.

So until I get the chance to carve out the time to do that, I will be posting a slice of the good stuff I have been eating the past month.

SIMON at the HARD ROCK HOTEL

Sort of a frou frou steakhouse in the back of the Hard Rock Hotel, SIMON served unusual and very tasty breads such as pretzel bread, zucchini bread and cinnamon muffin-like bread in their complimentary refillable bread basket. 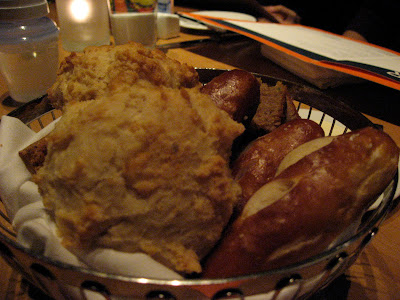 The mediterrean appetizer plate's portions were quite sparse for the price, though the flavors were good for the sponge-like mini-pita breads. 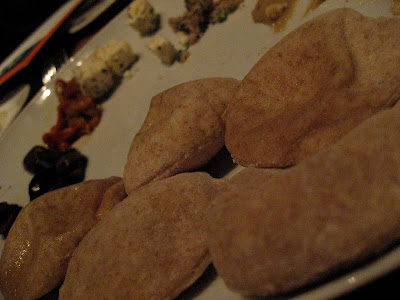 I ordered the meatloaf, but should have stuck to the filet mignon- as the meatloaf was dense, bit too salty and not quite what I expected. It was like an overgrown cousin of a burger covered in sauce and cut in half. I suppose I expected a softer, melt-in-your mouth Japanese style meatloaf? I barely took three bites and didn't even care to finish the rest. 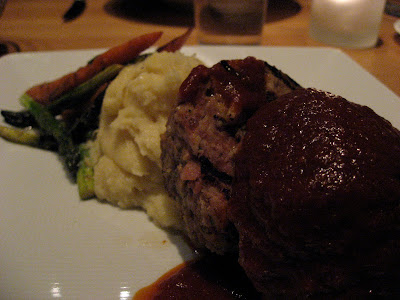 But everyone else mostly cleaned their plates and the calamari appetizer and the sauteed mushroom sides were a hit- as well as the HUGE ball of cotton candy (otherwise on the menu for ($8) the waiter brought us free of charge.

I liked the lunch buffet at Mandalay Bay- they offered a decent selection of fresh fruits as well as the standard rows and rows of heated foods. The cocktail shrimp were fresh and plentiful, and the lamb chops were actually tender and flavorful. They carved prime rib for you and had sections for meats, salads, Asian, Latin and seafood. It was the first time I had seen carnitas at a buffet, much less a Las Vegas buffet, but it was surprisingly good. I went back for seconds of the tender carnitas and Spanish rice while I didn't sample too much of the Asian food. The desserts were hidden away from the main part of the buffet, so you could have missed it if you didn't look for it. But with rows of mini lemon meringue tarts, tiramisu cakes and cheesecake, you should definitely save room. 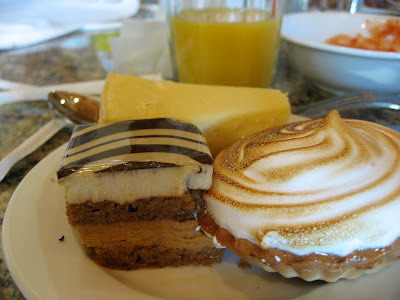 Intending to get a light dinner, we unknowingly walked into a set set-course menu at AUREOLE, which offered only set courses for their menus in their main dining room. Not until we read the fine print outside after the dinner did I realize we could have ordered ala carte upstairs (I think)... so we dove in and had a very elegant and fun dinner for a $$$ price. 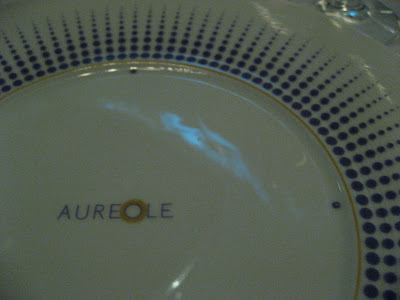 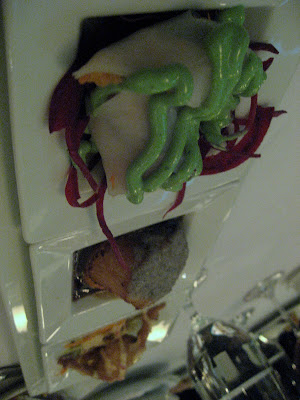 I had a scallop trio appetizer, wild salmon main course and warm chocolate cake dessert. With the scallop trio, I preferred the center grilled scallop over the variations of it being fried or in the rice paper, but the salmon was grilled just right. 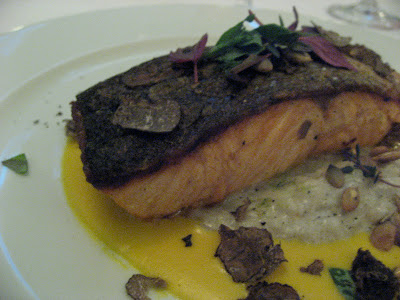 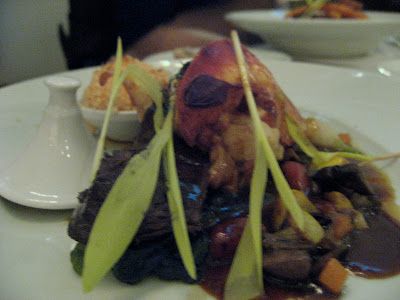 Though I thoroughly devoured my chocolate cake, I didn't care for the pistachio (?) ice cream on the side that just tasted like cream, as pretty as it was.. 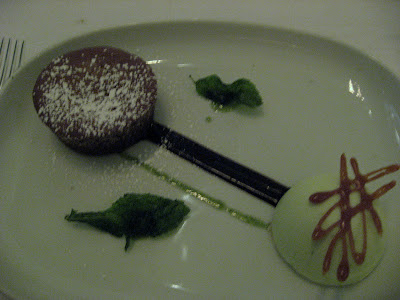 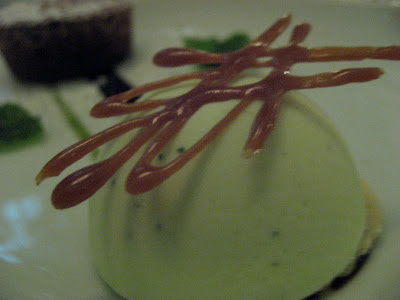 Instead, I would have liked to have some fruit flavored sorbet like my friend ordered, which came in a sampler tray almost like a pastel mini-rack of pool balls. We had fun guessing what each flavor was. 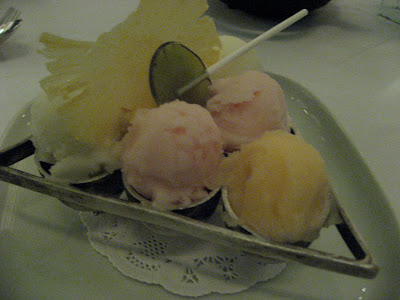 DEE's had diner food at amazing prices- my breakfast all day French toast combo plate was under $6 with four huge slices of Texas French Toast and three huge hockey puck sausages and an over easy egg. Maybe it was late, maybe I was hungry, maybe I had been eating fake American breakfasts in Taiwan for too long - but it was the best breakfast I have had in a very long time. 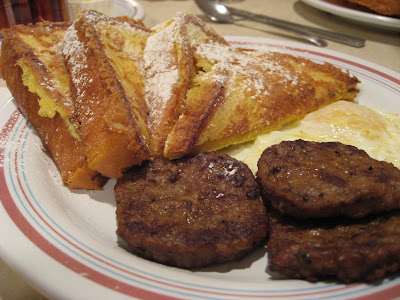 Something about chicken enchiladas just gets to me... I love it when they are soaked in the red sauce and baked til the cheese is melted and gooey on top.. the bite of the corn tortilla and the shredded chicken is heaven. Plus you have to have carnitas taco with guacamole as well. 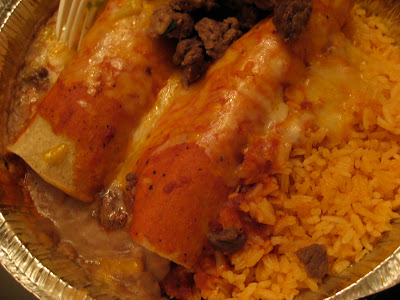 that french toast looks so amazing! I love french toast, more than waffles and pancackes. Too bad the place is in Utah. Have you ever eaten at Jinky's in Santa Monica? I just tried it and they have good breakfast, really long line though.

My head is reeling. What an eating adventure!

One of the greatest joys in the San Fernando Valley is Jinky's for breakfast. The Desperado burrito with the sweet pea quacamole is by far and away the best brekfasr I have eveb eaten.I would eat it every day if it wasnt 64 miles away and I would eat it with the number 10 chili and some sour cream. Jinky's, you rock!
deb