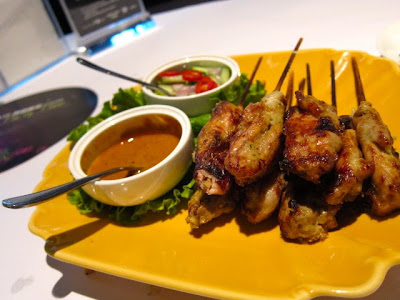 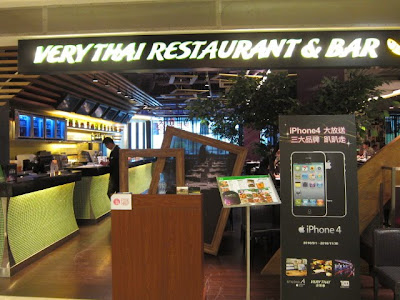 I'd always pass by Very Thai on the way to Momo Paradise or Chili's in the Neo 19 building, but never felt the urge to try it until one day I wanted pad thai for lunch. I could have went to the nearby Thai Town, but I thought I'd give Very Thai. 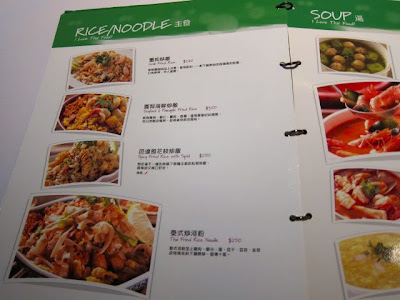 The English and Chinese menu has an assortment of appetizers, rice/noodle dishes, curries and seafood dishes, desserts and drinks. 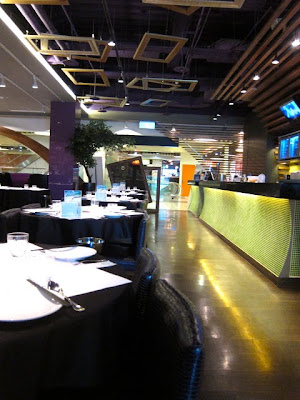 Despite the decor and setting of Very Thai being very pop/modern/American- with magazine cut outs of American movie stars along one wall and the MTV's the Hills playing above the bar on another, the food is not Americanized Thai food. 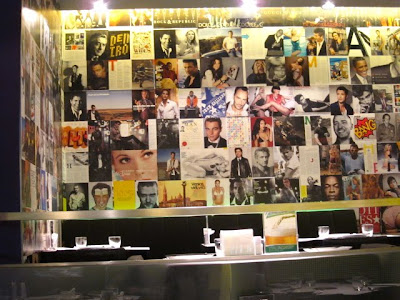 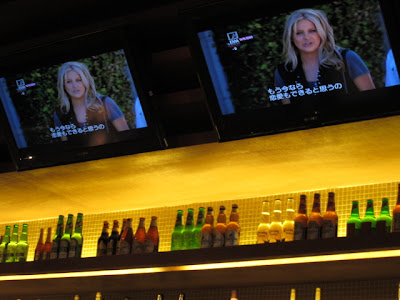 After living in Taipei, some people miss Americanized Chinese food- orange chicken, beef and broccoli or mu shu pork. Sometimes I miss Americanized Thai food- the pad thai in LA comes on the sweet side, tinged pink or orange and that's how I like it. I don't mind the more natural tasting pad thai here, but it just seems to be missing something. 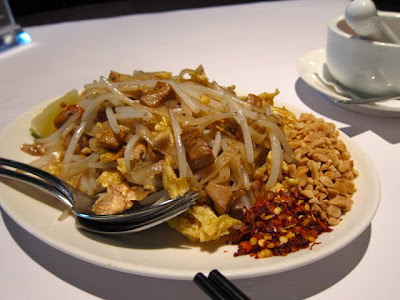 In this case, the Thai fried rice noodles was missing noodles! There seemed to be more bean sprouts than noodles and the taste was all savory with no hints of sweetness. For the price NT$250, the portion was on the small size. At that point, I missed the heaping portions of delivery Thai food in LA for the same prices. 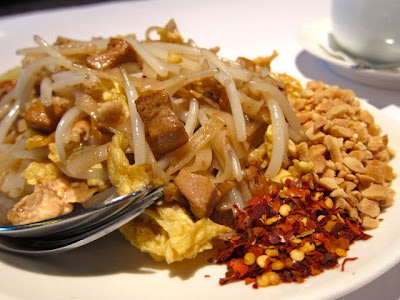 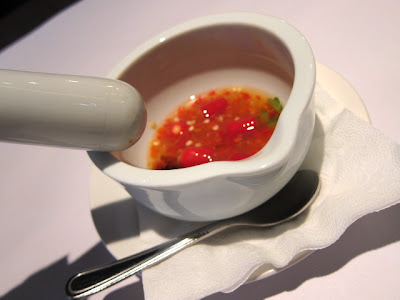 Luckily, the chicken satay was a lot better- fat juicy tender pieces that were nicely grilled with the cucumber and peanut sauce. 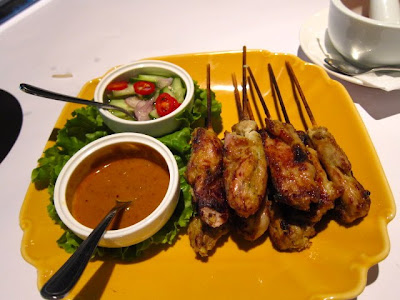 Is it fair to judge a place on two dishes? Usually I get to eat at places with relatives or friends, so we get to order more and I get to taste a little bit of everything. But what if I'm dining alone- there's no way I'm going to be able to order a tableful of food and there was no lunch special option for lone diners like they do in the states. Not busy at all on a weekday lunch, Very Thai could be a fun spot for dinner and drinks and ordering other dishes to share in a larger group. There were other things on the menu that looked tempting, like the Deep Fried Soft Shell Crab with Thai Sauce, but it was a little disappointing that pad thai wasn't good.

You do know Very Thai is in the same branch as Thai Town? They are both the same haha!

anonymous: yes, i've heard that, but the menu and atmosphere is still different.

I think the chicken satay is much more representative of their menu than the pad thai. I liked their other roast meats and curries. If I have to go eat at Neo 19, I'd chose Very Thai over Chili's, Watami, Mo-Mo Paradise and Macaroni Grill (though probably not Ton Sushi... I like Ton Sushi).

The food is actually very good there, especially the grilled thai style pork. Not everything is good, but we've been a good few times and enjoyed it every time, despite getting the odd unexciting dish.

catherine_sr: thanks for your comment! i'll have to give them another try then.. though i do like momo paradise (and chilis).. i can't get over how cheap momo is!

thelostswede: noted, the grilled thai style pork. that did look good on the menu!

It's so annoying when I order a plate of noodles only to find there to be more bean sprouts, onions, and/or other veggies... I mean come on! It's a noodle dish people! Noodles are so cheap, too... Doesn't it piss you off as well? /end rant

christine: yes! i agree! and for pasta as well! fancy places that cheap out on pasta.. i'm not looking for huge portions, just more than can fit in the palm of my hand!

Have you been in jogoya?