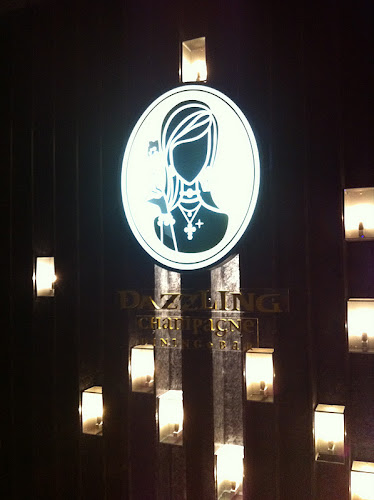 kid friendliness: have seen kids out quite late at night in Taipei, but would not recommend that you bring them to a bar! 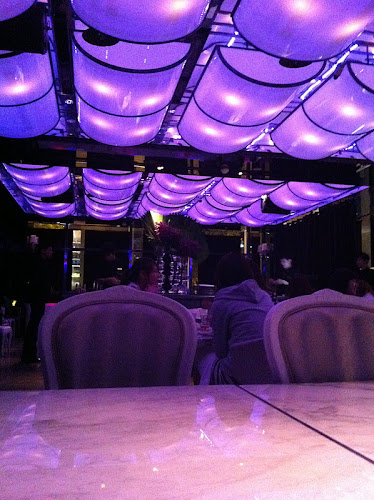 If you haven't noticed, I'm sort of obsessed with food. But ask me where to party or go drinking or dancing, I'm not an expert. But it doesn't mean that I don't enjoy going out once in awhile for a girly drink or two. 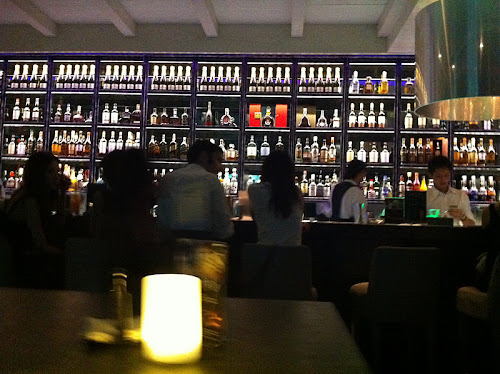 And on all things girly, Dazzling has cornered the market with an eye for design, branding and food. With each expansion of the Dazzling food empire, the black silhouette logo clearly stands out- from the cute Dazzling Cafes to Dazzling Thai to Dazzling Shabu Shabu and now Dazzling Champagne, a lounge bar/club by night, lit up in a purplish pink glow and seating area that would fit afternoon tea if it wasn't 11pm at night. 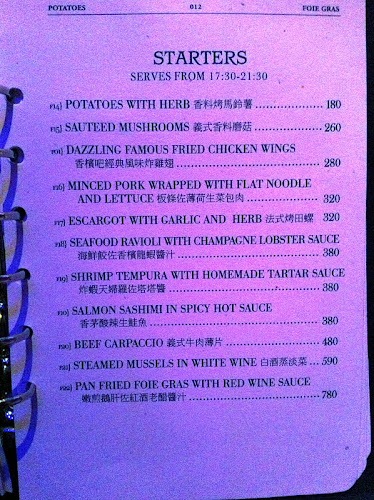 We were bummed to not see the truffle fries we liked at Dazzling Sunshine on the menu nor the honey toast. From 5:30 PM- 9:30 PM, you can order from their dinner menu which includes soups, salads, pastas, risottos and entrees like stewed beef cheek or duck confit. I believe you can also sit in their dining area without a minimum charge. After 10 PM, it's snacks and drinks. 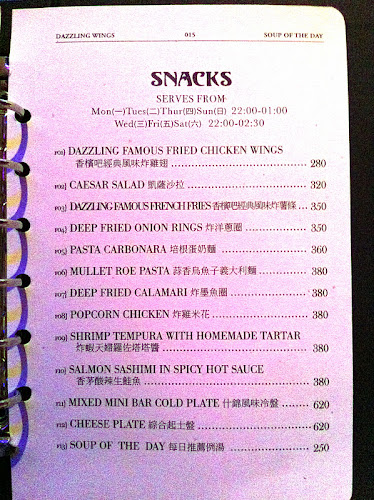 Besides the food menu, there is a separate elaborate drink menu where each girly cocktail has a girly name to go along with it. The funny thing is when the waiter deliver the drink, they ask "Where's Christina?" or "Who's Janet?" and you realize that they are talking about your drink and not asking for someone at your table. One of the guys at our table ordered the lone guy drink- the "Johnny." 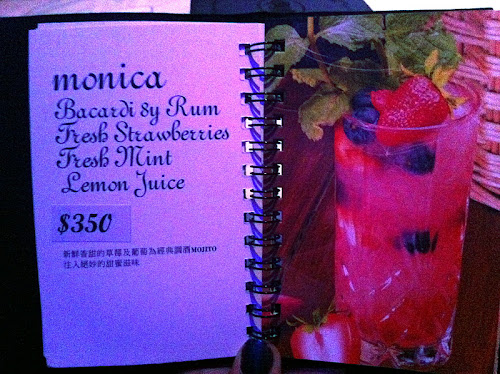 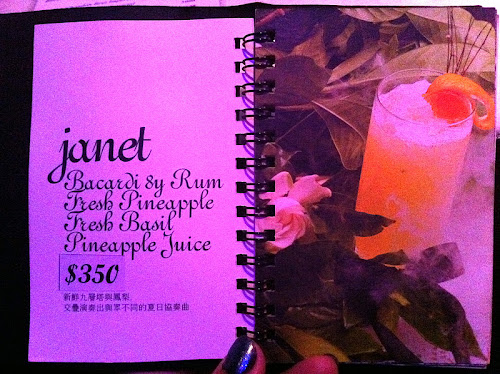 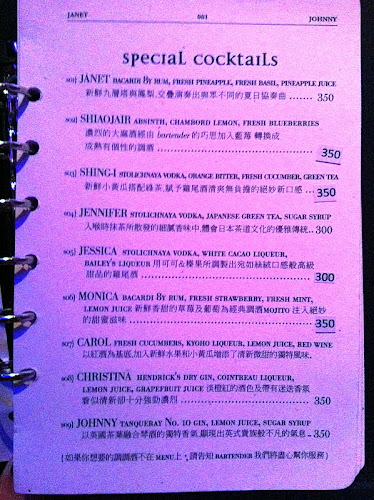 Thanks to my friend's phone rescue light, I was able to get some photos without the lavender hue.

While the special cocktails were a lot of fun, we were all surprised that the tastes were a little off. Maybe too syrupy or strong, but even my mojito was missing something. I sadly only took a few sips and passed it to my friend. (For better mojitos in Taipei, try Dan Ryan's or Haleakala.)


And when we saw a honey toast drifting off to another table, we waved down our waiter to order one. Apparently it's an off the menu item, but it only makes sense that Dazzling Champagne serves the trademark honey toast that made the brand so famous. Some of my friends had it for the first time tonight and were quite excited to try it.
I found it not as dry as the one as I had at Sunshine, but you still needed the ice cream and whip cream to give it sauciness.

It was fun to hang out past my bedtime that night with friends, feel like a grown up and people watch, but still looking for other places with cocktails that taste as good as they look. But if you're craving honey toast at midnight, now you know where to go.
Posted by joanh at 4:29 PM

What a wonderful place. This bar is the ideal place to chill out after work with friends. Food and drinks look delicious!

Sounds like yummy! Wonderful place and lovely atmosphere, have a delightful evening and enjoy the party. Cheers!

Your blog is making me hungry!!! Very cool!

This place is AMAZING! Went there for dinner and devoured the 5 course banquet. I had the Caesar salad, tempura shrimp with homemade tartare sauce, french onion soup, confit of duck, and chocolate lava cake. There was also loads of bread with the most delicious truffle butter. The cocktails and wine list were very good and the staff were excellent. I can't wait to go back!!