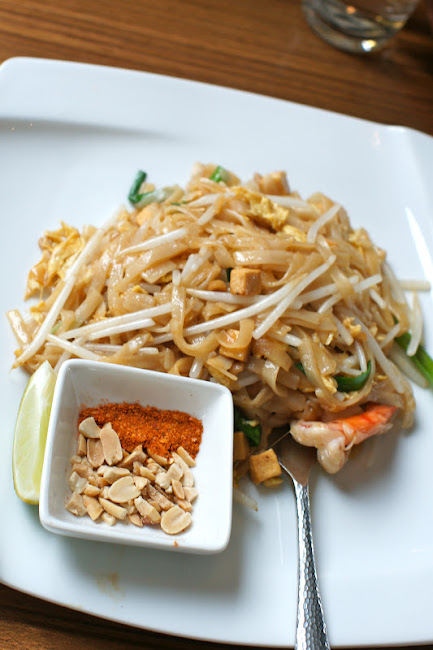 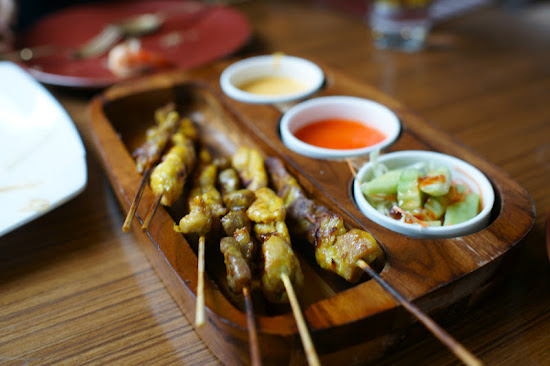 Been trying a lot of new Thai places lately, not sure why... maybe because it's good for larger groups and with the colder weather, we feel like something spicy to feel the heat. The more Thai restaurants and dishes I try, the more I find that Thai cuisine is actually quite varied, but I also appreciate the places that do the classics well. 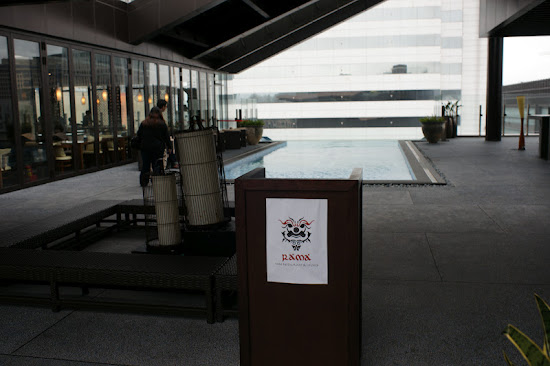 Rama Thai is a new-ish luxe Thai restaurant on the top floor of ATT4Fun, with a wall of window and balcony seating with a panoramic view of 101.  There is also an outdoor patio bar that opens up during the summer and swimming pool at the entrance. Opened by the owners of Brown Sugar and Dozo, they bring the same cool vibe and modern design to Rama Thai. 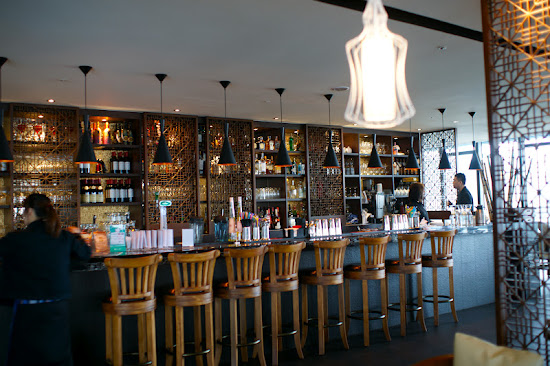 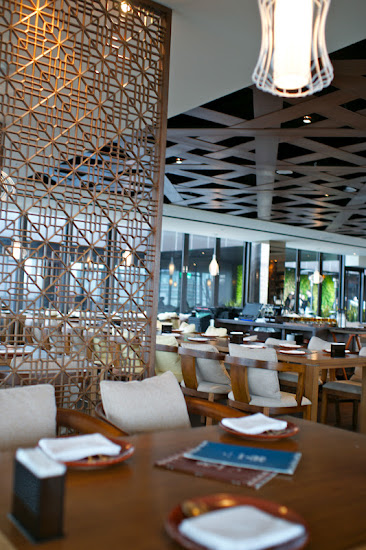 Rama's decor is quite striking with the wood detail in the ceiling and walls- I felt like I was some Southeast Asian luxury resort the first time I stepped inside. I also like how you can see the whole room with open space that doesn't feel too crowded, and it's nice that their private rooms also don't feel too claustrophobic, with some that open up to a private balcony. 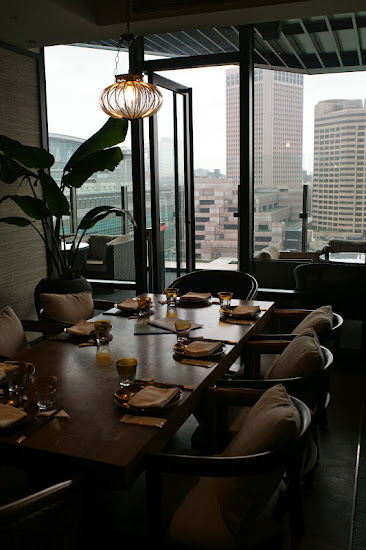 The balcony seating wasn't opened up during the rainy winter season, but I can imagine it being a fun place to hang out when the sun comes back around to Taipei. 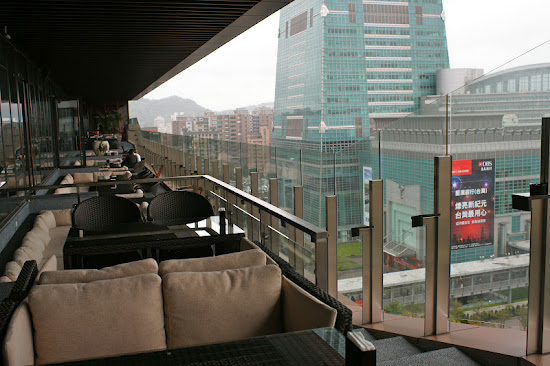 When I went in January 2012, the menu was only in Chinese with no photos, but I was told an English version was coming soon. So my friend who chose Rama Thai as our lunch spot ordered for us. We settled on some pad thai, a yellow chicken curry, satay and spicy beef dish. My friend mentioned she had tried and surprised herself by liking the frog leg curry, but I wasn't going to be that adventurous.


I thought all the food was very good (except the curry which I didn't like), just slightly pricey for the portions for certain dishes, like the satay (NT$380). Many of the things they've imported from Thailand, so some might be able to taste the difference. For four dishes for three people, we ended up paying about NT$640 a person.

The stir fried spicy beef (NT$380) was our favorite, with us even waving down the waiter to get some Thai rice to go with it. He brought over a huge basket to our table and ladled a bowl sized scoop of rice onto our plate. You can also put the beef in the lettuce to make a wrap, but there weren't enough lettuce leafs to finish off the beef. 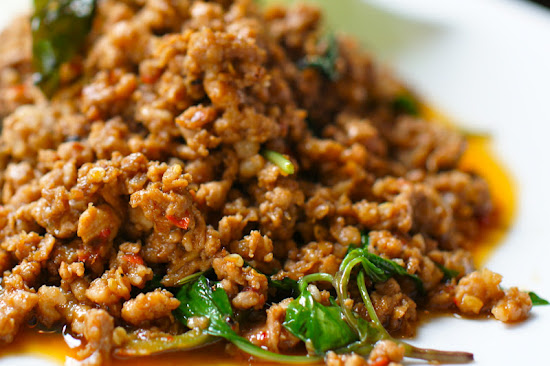 The chicken yellow curry was too creamy, if that's possible, making it quite heavy. I'd try a different curry in the future to see if it would have a better result.

Rama Thai also has an extensive drink menu and bar, and is open quite late until 3AM on certain days. However, the chef isn't there during after dinner hours, so only drinks are available- there wasn't even a snack menu available when I went once around 11 PM. After some cajoling with the waiter, he busted out some non-complimentary shrimp chips.

I'm curious to see what else is available on their menu, so I can try some of the other dishes- hopefully the English version gets printed up soon!
Posted by joanh at 2:29 PM

MM, this made me more hungry, I just can not resist the sight of these amazing meals!

Dear Hungry Girl, I always learn something new on your blog. Thanks for all the lovely food recommendations!

One personal question, how in the world are you able to sneak in so many photos of dishes and displays especially in malls? Over here in Canada, many of us get caught by security guards the minute we try to take a photo.

MY: thanks so much! In Taipei, it's quite common to see many people taking pictures of their food, so I guess the restaurants are more tolerant of it now, knowing that word of mouth is free publicity