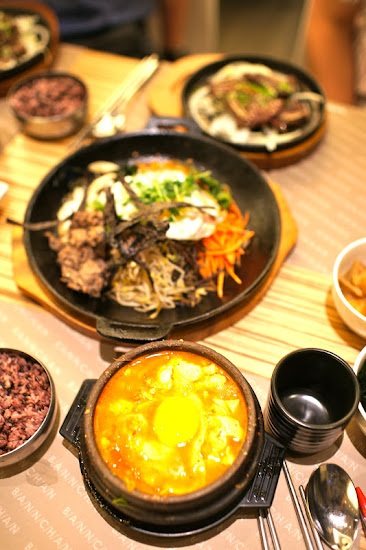 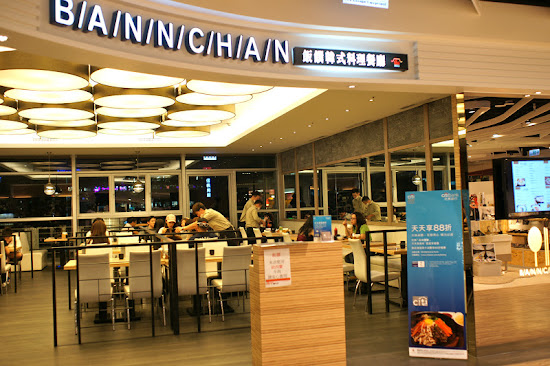 BANNCHAN is one of the many restaurants in ATT4Fun, but is one of the few sit down Korean restaurants in the Xinyi area. So that's why I end up there from time to time since the food is good, but the service is often lacking where the servers clump together behind the counter and you find yourself waving them down.

The table seating is grouped mostly for parties of 4 or less, with a few larger tables in the back suitable for 5-6 people, and along the right side. The tables are not moveable like most restaurants and they are quite rigid about not allowing you to add on a chair at the end of the table, so on a recent visit I had to wait longer since our group of five didn't want to be split into two parties. Kind of annoying when there are empty tables at a restaurant, so just something to note if you're dining with your family or a larger group. 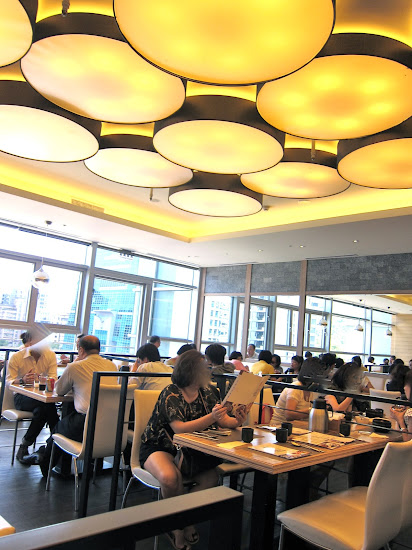 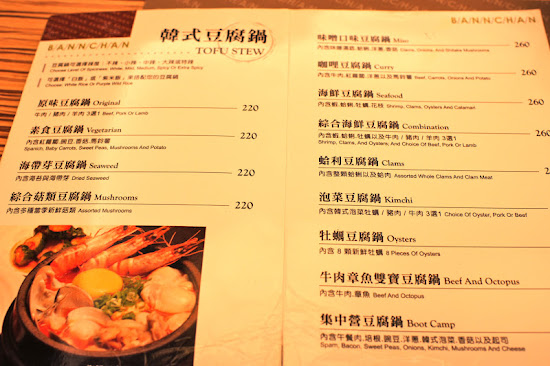 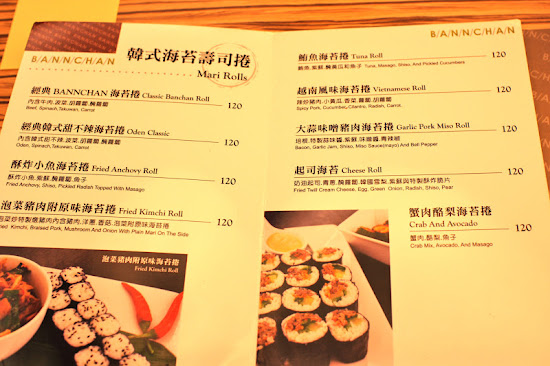 For a restaurant named BANCHANN you'd hope there was an abundance of the small cold dishes the restaurant is named after, but the selection is slim and certain ones change daily. One time I came, there were potatoes and another time jap chae (korean glass noodles). It's too bad they don't offer all of them all the time. But they are generous with the refills and the refills are free. There's always kimchi, bean sprouts and spicy cucumbers with one or two of the daily offerings, and usually a small whole fish will be offered to the table (which I usually decline). 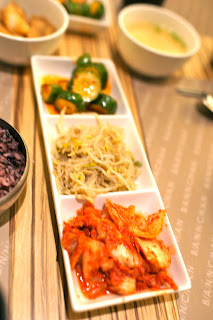 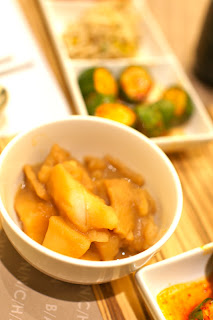 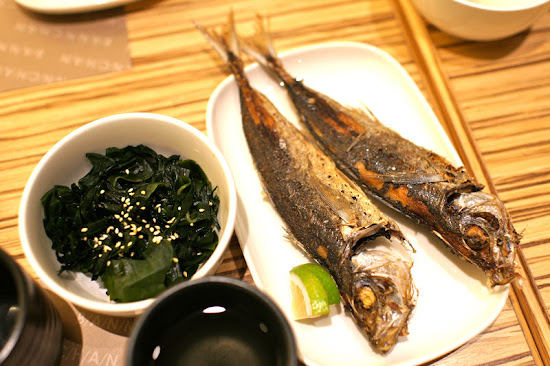 The tofu comes in varying levels of spiciness (from none to very spicy) with flavors like seafood, kimchi, clams, oyster, miso, combination, vegetarian, mushrooms or curry. Along with the tofu, there's also a choice of white rice or purple rice. I would stick to ordering the tofu and either bbq beef or the Korean fried chicken. The seafood pancake was surprisingly small, portioned for 1-2 people, but they'll cut it into smaller pieces for larger groups. But the soondubu is good and I often find it easier to walk in than some of the other more popular Korean tofu places in Taipei, even thought they don't take reservations.

The combination tofu (NT$260) comes with shrimp, clams and oysters with a choice of beef, lamb or pork. Mild spiciness for me. I like the pork which comes in small, tender pieces. They will crack the egg in for you which you can spoon the soup over or stir in. 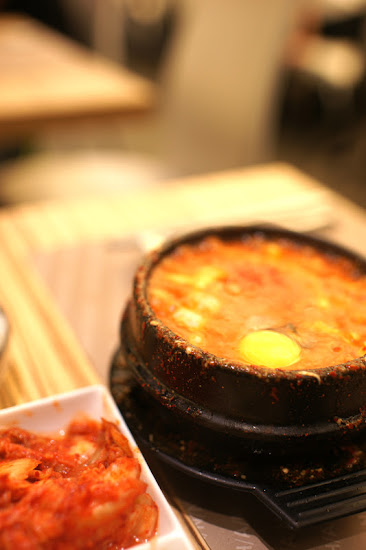 The combos of tofu + small meat (NT$360-380) are good if dining alone, but if you want to share meat with a few people, definitely stick to ordering the regular or large sized kalbi (NT$300-360) or bulgogi (NT$260-320) because it's lot heartier than the combo portion. Two bites and it's gone. 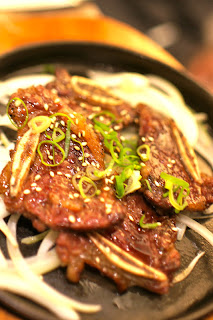 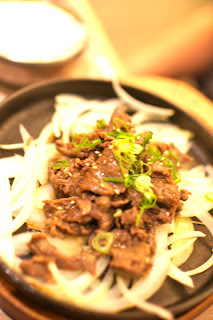 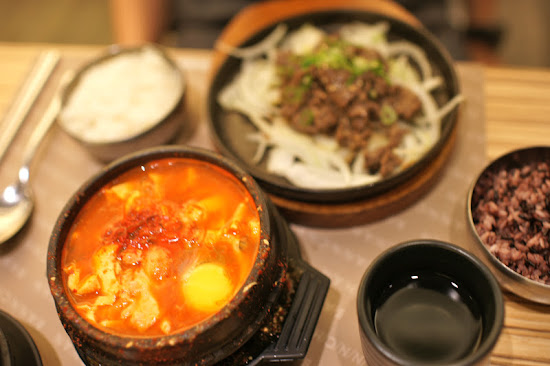 I wouldn't order the bimbimbap (NT$260) again because it doesn't come in a stone bowl and one of my favorite parts is the crispy burnt rice, and that's missing. It's pretty served on a flat platter to mix up, but doesn't feel the same. I'd get the cheaper and better tasting version at the food court instead. 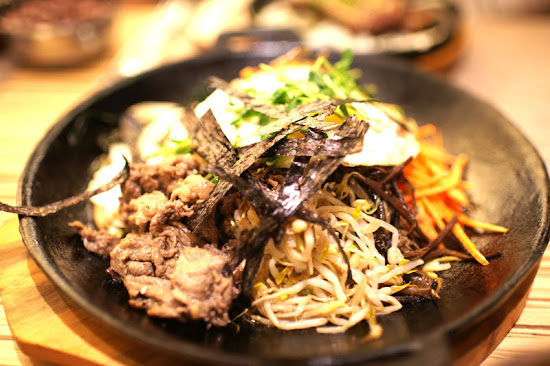 BANNCHAN is the first place that I've had Korean Fried Chicken, and of course now I'm addicted. The skin on the fried chicken wing (NT$160) is crisp as cracklins and when dipped in the sweet sauce, it's the perfect appetizer with the complete opposite texture and flavor to the soupy and spicy tofu. This is a must order here and something that I haven't found at other places in Taipei. 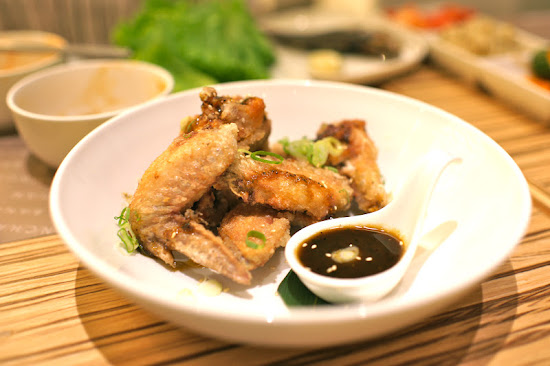 Even though the photos are from last year, I went back recently last week for lunch over the weekend, which tends to be busier than the weekdays. The inefficient service still really frustrated me, but I kept my expectations low and just enjoyed the food. Just go prepared to serve yourself (got my own menus after waiting awhile for them) and wave down the waitstaff for everything.