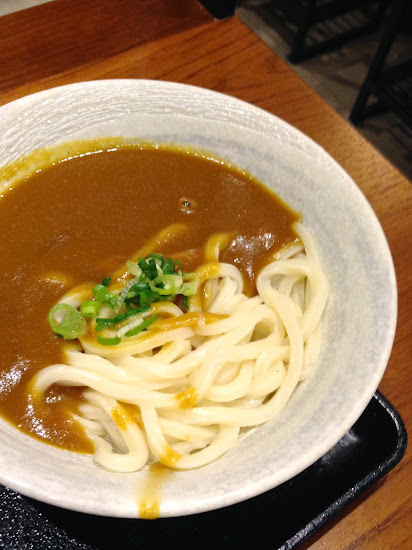 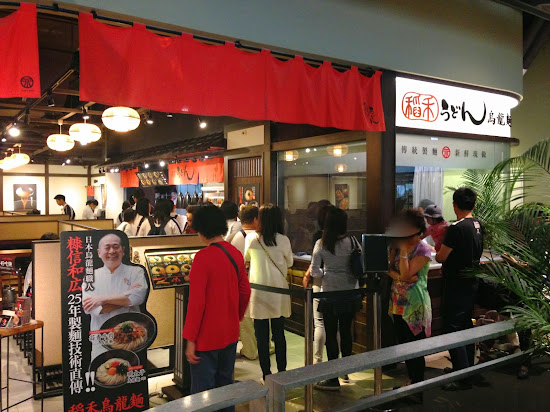 Ever since people lined up for Marukame Udon at Mitsukoshi's food court, I've been seeing the self serve tempura cafeteria style udon outlets pop up everywhere. Inaka Udon at the newly opened Eslite Spectrum Songyan is very similar with its menu of assembly line hot and cold udons, tempura by piece offerings and popularity.

When the line is long, you can be entertained by watching the noodle maker pull and cut the udon at the front window. 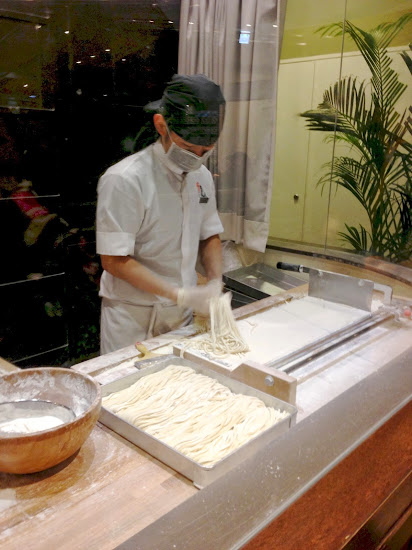 So for first timers, you basically get in line, grab a tray and then grab whatever looks good while shuffling forward along the line. First are the drinks and cold appetizers. Skip the kimchi which on that day was a little sticky and off tasting. The seaweed salad was good though. 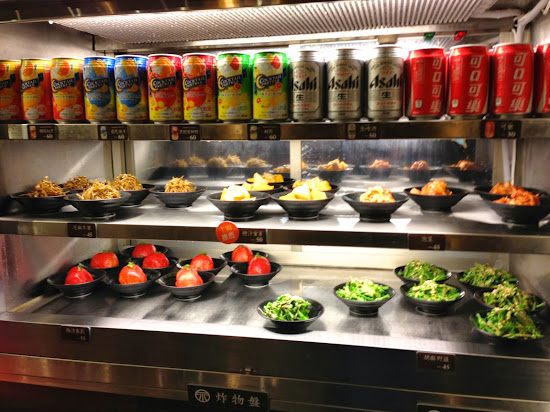 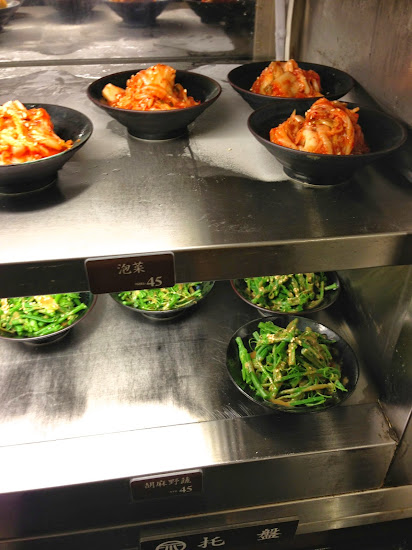 Then grab a plate or two and start getting your fried stuffs. I didn't realize until it was too late that they were out of tempura shrimp and I should have asked/waited for some, but I ended up grabbing some fried chicken skewers instead. 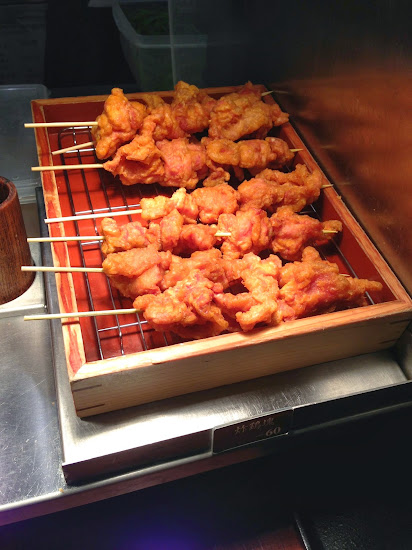 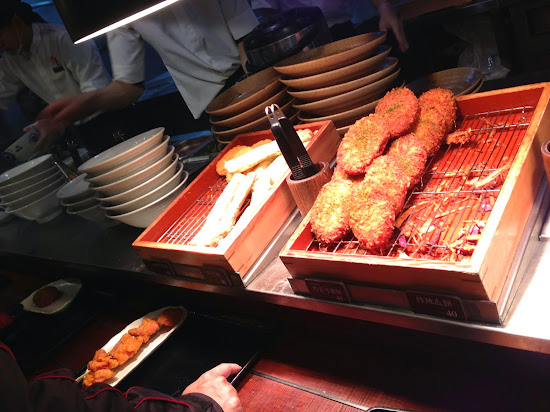 At this point, you have to glance up at the menu and decipher the photos to see what you want to order before the people behind you get antsy. No English here, but hot udon soup choices range from tonkotsu pork broth, to curry, to the popular garlic beef (NT$100-160) or a cold udon with a dipping sauce (NT$90). I considered getting the mentaiko udon but the raw egg freaked me out a little. So I ended up with the curry udon (NT$130). 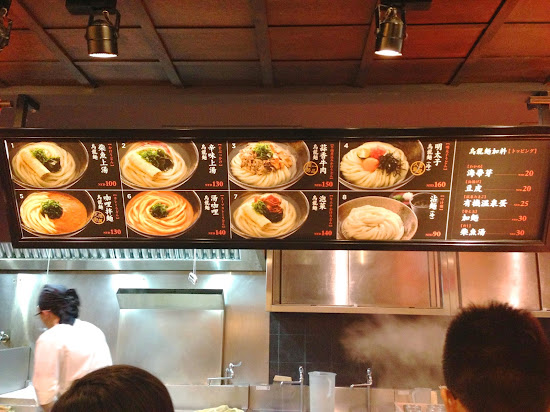 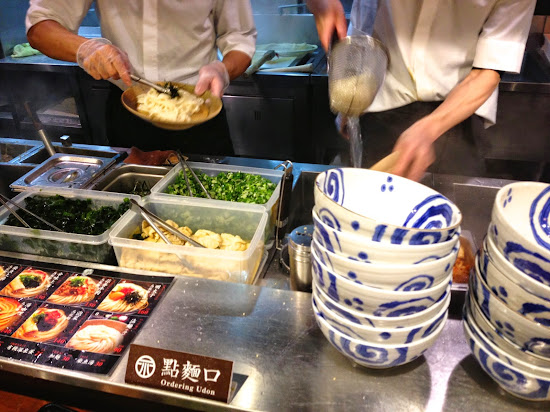 After you order, a flurry of scooping, pouring and condiments go together to make and hand you your bowl. You pay at the end and then find a seat in the food court area unless you already designated someone else in your group to lock down some seats first. 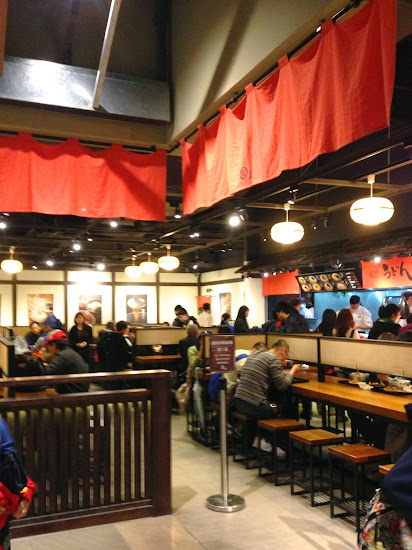 Garlic beef udon (NT$160) has a nice flavor in the soup enhanced by the garlic, while the beef is mostly fat. 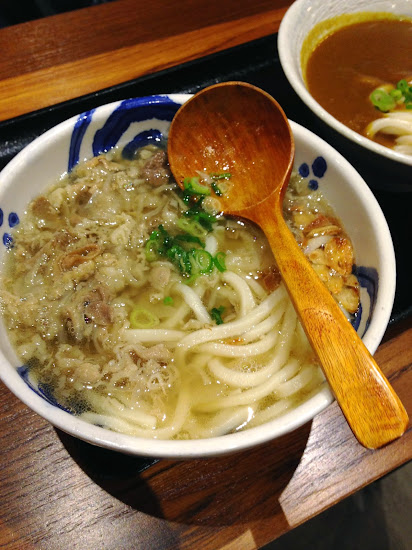 Cold udon (NT$90) is good for when the weather is hot and you just want to dip and slurp. I love the chewiness of cold udon, but this is a super bare bones version. For a more souped up version, you could consider the cold udon at Fu Yu Wu, or making your own like it by adding in tempura shrimp and soft boiled egg. 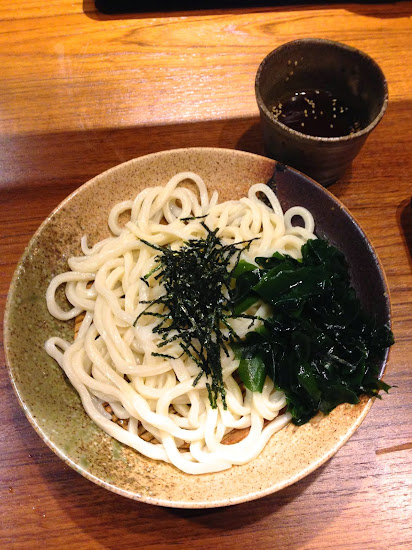 When I have time, I definitely want to do a little write up about Songyan Eslite's food court and the whole mall in general. If you get a chance, I'd recommend visiting it as well as the neighboring Songshan Cultural Park and the nearby alleys which have new cafes and shops popping up. This whole area is going to be insane when the new stadium is also open.