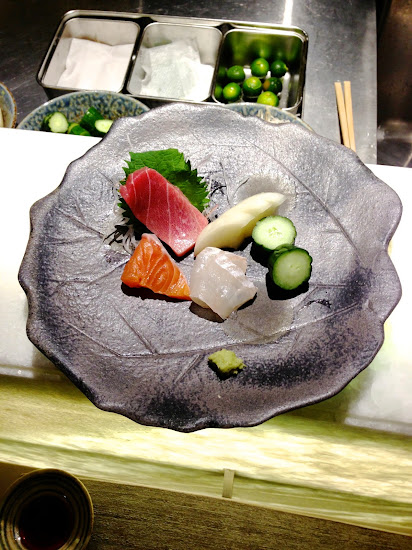 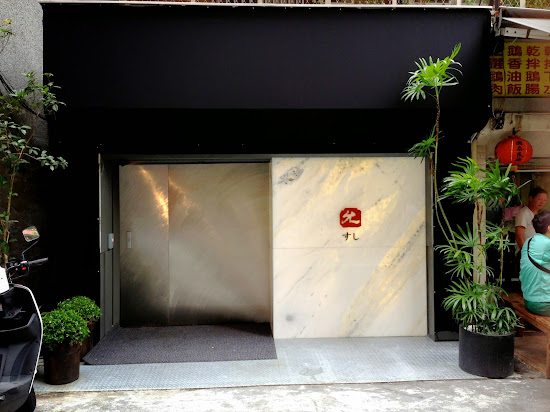 Just opened a few months ago, Yun Sushi feels like one of those secret sushi spots that have been proliferating around Taipei. Hiding in plain sight in a busy alley in Dong Qu, with a steel door and understated sign with no windows to spy inside, Yun Sushi sits about 10 to 12 people at its sushi bar. 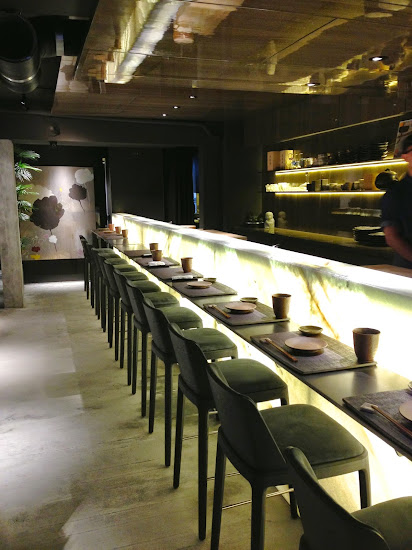 Set menus for lunch and dinner run NT$1380, NT$1800 and NT$2500, while dinner sets start at NT$2500, NT$3000, and NT$3500, so it's definitely a splurge. It's expensive for Taipei, where you can get great sushi omakase or chirashi for under NT$500 (a few of my favorite secret places), but comparable to prices in the US.  Yun Sushi could easily join the list of a handful of names that get mentioned on the English blogosphere for favorite sushi bar in Taipei- Sasa, Kitcho, Niu, Addiction Aquatic Development, Yuzu, Sumie, Mitsui (I have my own ranking for these spots, but I'll save that for another post). There's so many great sushi spots in Taipei, many I've yet to try, that the adventure of trying them all could be its own blog.

Yun Sushi's sets include both sushi, sashimi and cooked dishes like grilled fish or waygu beef, but friends who I told about Yun Sushi and visited later asked for less cooked items and more sushi, so depending on what you like you can request it, or you could leave it up to the chef. I did leave Yun Sushi with a strong impression of a lot of unique flavors and technique in preparation in the meal, like the bite of foie gras marinated in sake and sawara smoked with cherry blossom wood.

I'd definitely go back to try out the omakase with just sushi. And of course uni! Haha. Thanks S for the special treat. 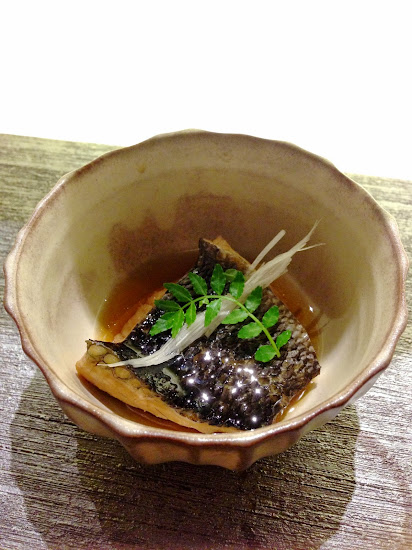 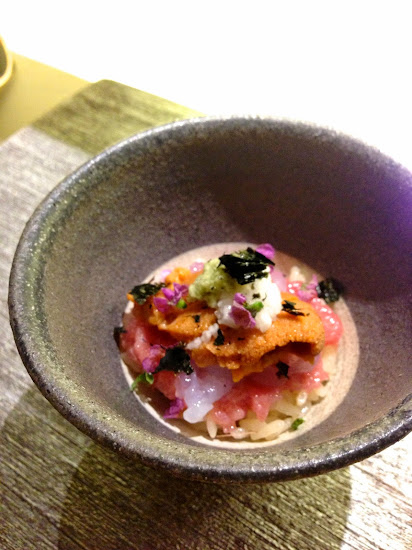 Reading your blogs make me miss Taiwan so much! Especially the wonderful Japanese dining there. =)

The mini chirashi is making my mouth water! I'll be waiting for your next blog post with the rankings. I've been to Niu and Kitcho, but Kitcho definitely is my favorite. I'm curious to hear your thoughts!

I hope you're doing well!

Hi! Yes the Japanese food here is so wonderful and there's so much to try.. I haven't been been to Niu in years but recently went to Kitcho again and it was divine. Have been having a lot of sushi lately, hope to have some posts to share soon!

Hope you're doing well too and get to visit taipei again someday soon!