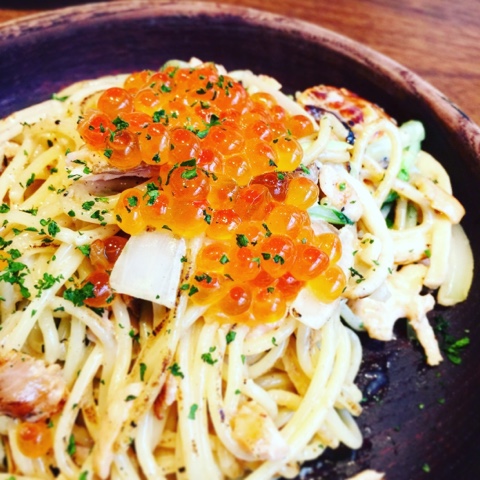 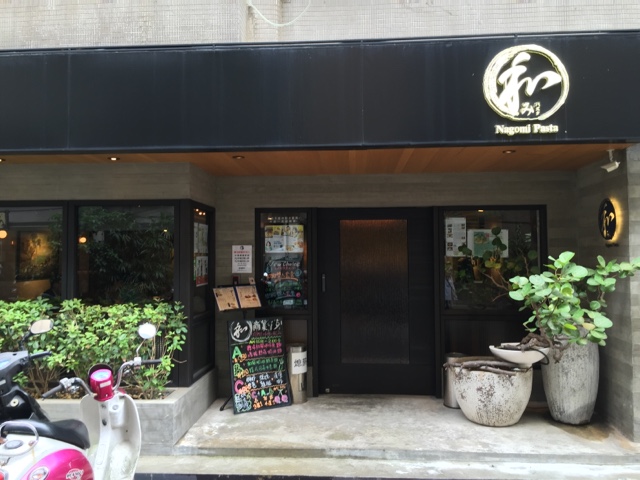 Couldn't get seats at the pasta place I wanted to go to, so we ended up trying Nagomi Pasta, a Japanese Italian restaurant with lots of fusion dishes like duck with yuzu pepper pasta, mentaiko seaweed pasta or fried chicken soy sauce spaghetti. Turns out the owners are the same as Primo Trattoria, which serves more traditional style Italian pastas and pizzas. There are quite a few Japanese Italian pasta places in Taipei, one of the most popular being Bellini Pasta, but Nagomi has a larger variety of pastas with over 20 pastas on its menu, but doesn't offer up any pizza. 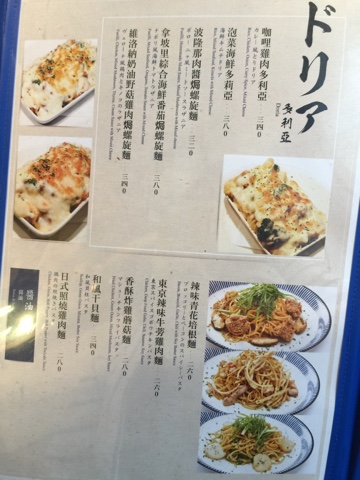 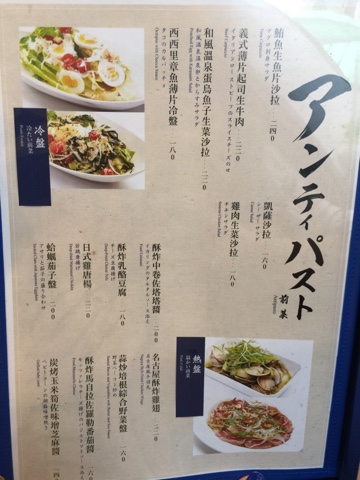 The menu is in Chinese, Japanese and English (thankfully) sprinkled with a few photos. There are daily specials in Chinese on the board and you can make your lunch a set with a small salad and dessert by adding a small fee. Besides pastas, there are also baked pastas with cheese, Japanese hamburger, steak with teriyaki sauce-- all the sort of things that would fit in at a restuarant on Sawtelle. The menu reminds me a little of the now shuttered West LA Little Osaka restaurant Blue Marlin, except that there's no uni pasta at Nagomi. 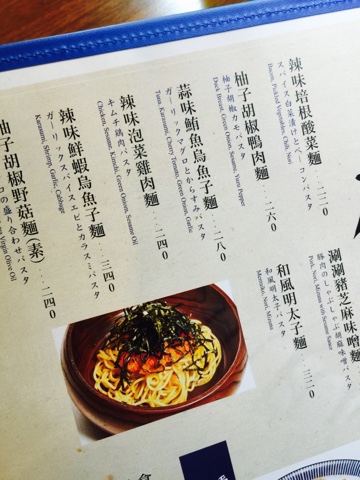 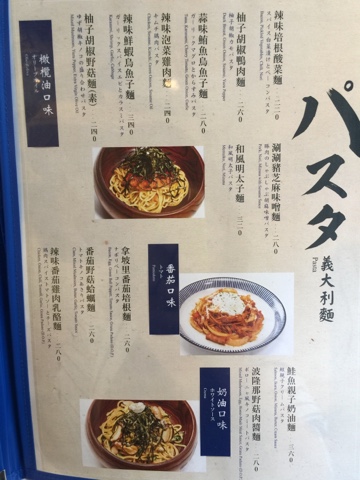 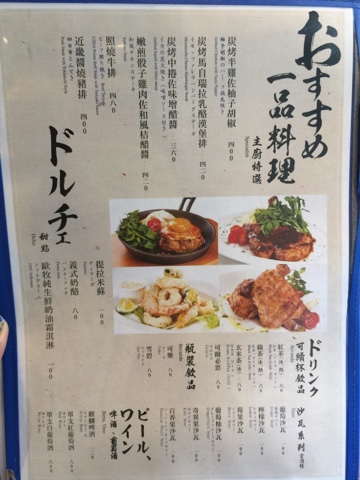 Nagomi sits about 20 people in the front of the restaurant and there's additional section of seating in the back. 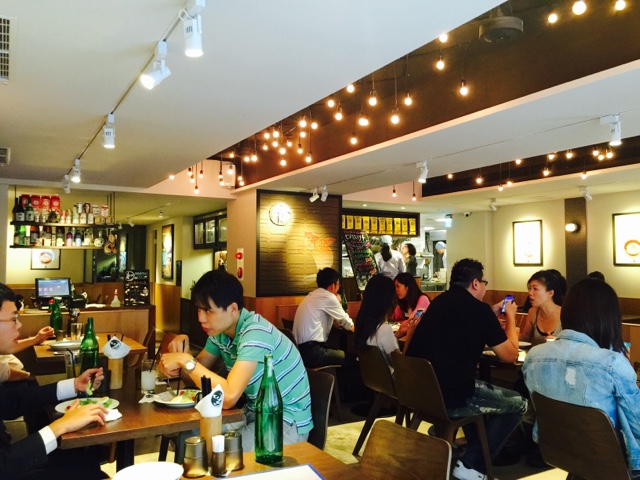 Caesar Salad NT$160
Fresh and crisp, but nothing you couldn't put together yourself at home. Dressing was also lighter and not as creamy as the American style Caesar dressing. 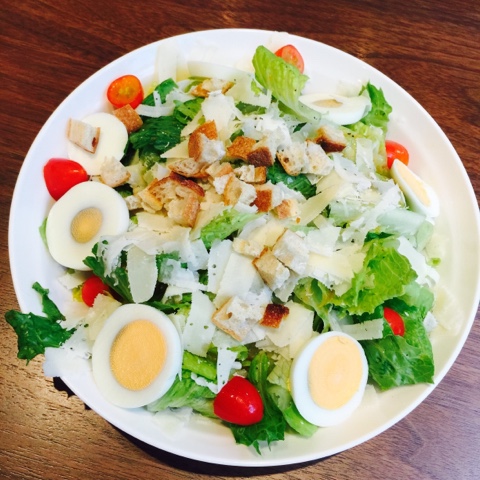 Salmon Ikura pasta with butter, onions and mizuna NT$360
First reaction was that the pasta was quite buttery, the second was that some of the pasta was torched since they seemed to have seared the salmon atop the pasta. This would be nice with udon instead of spaghetti, but it's mostly pasta here, imported from Italy. 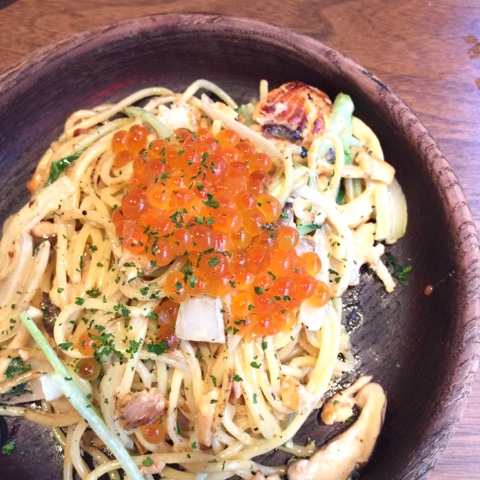 Chicken, deep fried gobo, chili, sesame, soy sauce spaghetti NT$260
This had a kick to it, though my friend didn't seem to notice. 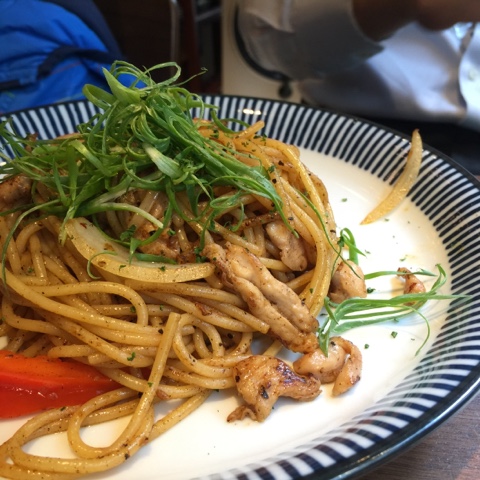 I saw the soft boiled egg on the menu, and I had to order this dish. This is probably the least fusion-y of the 20 or so pasta dishes on Nagomi's menu with a bolognese meat sauce and freshly grated grana padano cheese. The sauce here does taste like Bellini's version, as it is on the sweeter side. 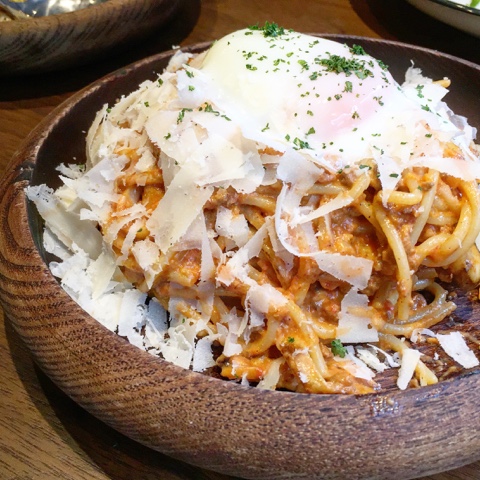 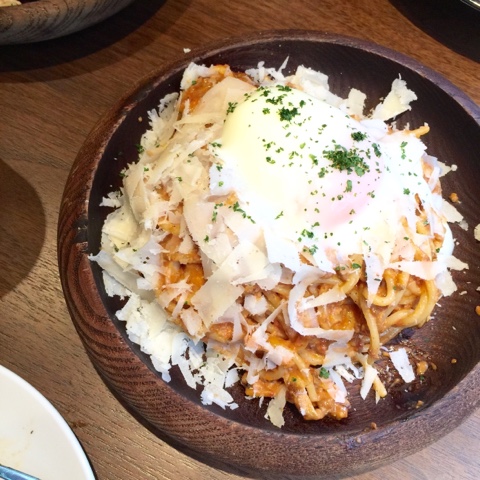 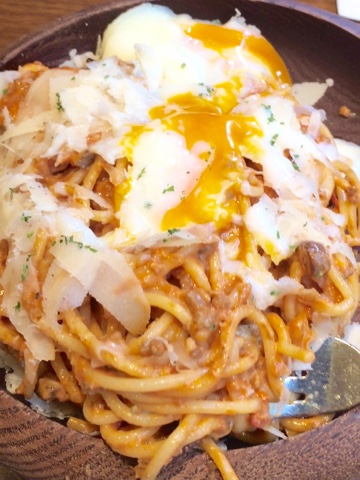 While I enjoyed this dish, I didn't like that the soft boiled egg was cold, especially with a hot dish. I've had bad experiences in the past with cold soft boiled eggs and since that means it was premade, you don't know how long the egg has been sitting around. From my recollection, the egg at Bellini (the first place I've ever had the soft boiled egg on bolognese pasta) is served hot.

The first time I spied Nagomi Pasta was when I went to Solo Trattoria (opened by Solo Pasta) around the corner. The next time, I think I would still prefer to go to Solo Trattoria. They have a stewed beef cheek zitoni pasta that is divine. Or come back with more people to order more dishes to try. Had a little bit carb overload with three pasta dishes and not as much protein.