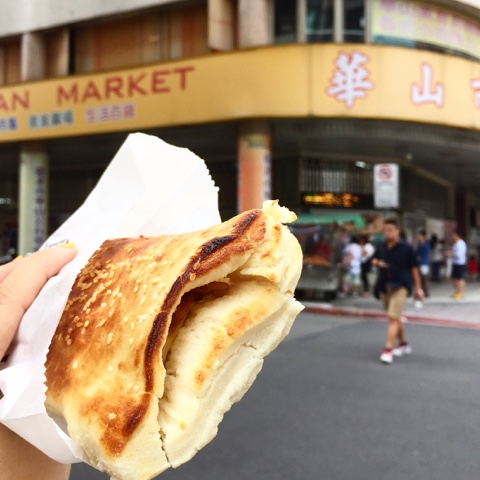 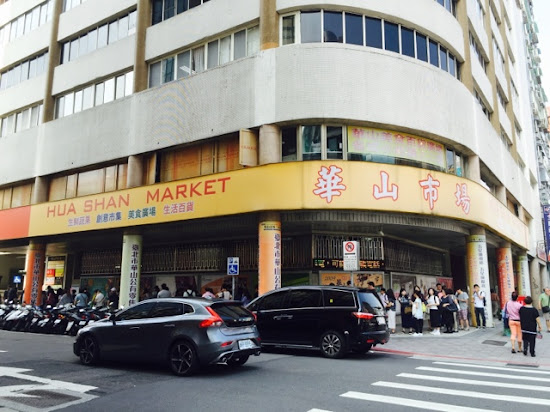 My favorite thing from FuHang Dou Jiang is the thick sesame flatbread hou bing 厚餅 (NT$38 with egg 厚餅夾蛋) and the only thing I'd wait in line here for. Waiting in line took about 25 minutes last week and the line was still around the block when I left with my to-go order at 10am weekday.

Before this place was known to mostly (only) locals until #CNNfood asked me for some non-touristy places and I mentioned this to them. Little did I know CNN's list of 40 must eat foods in #Taiwan they compiled would be passed and copied around the world. So now there's a line everyday and filled with mostly tourists, many clutching Japanese guidebooks. The good thing is that Fuhang is efficient, spacious and clean and provides service in multiple languages. The bad- it became a tourist destination rather than a local's secret and us locals gotta wait longer now. #mybad

The first time I took a friend there after the list had been published a few years ago, I was shocked that the line went down the stairs and down the street on a weekday morning. Now those lines are a regular sight so I don't go to Fuhang very often since there are other great neighborhood Taiwanese breakfast places to grab and go. 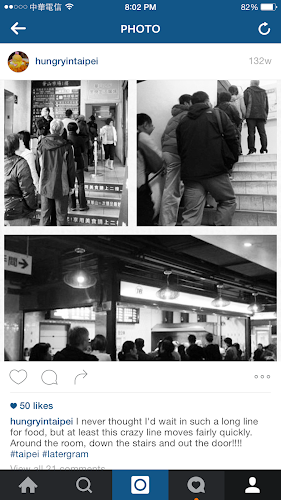 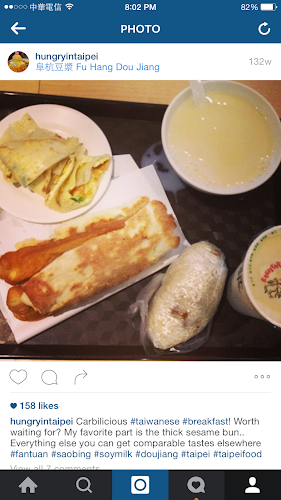 But when I had some stuff to do in that neighborhood recently, I decided I wanted to get some breakfast to go. When I got there on a Tuesday morning, the line of people patiently waiting was already around the block.

So I started waiting at 9:37AM hoping the line would move quickly, since I had to be somewhere nearby at 10AM. 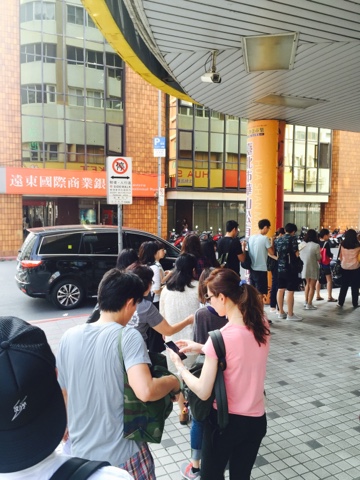 Finally saw the entrance at 9:48AM. 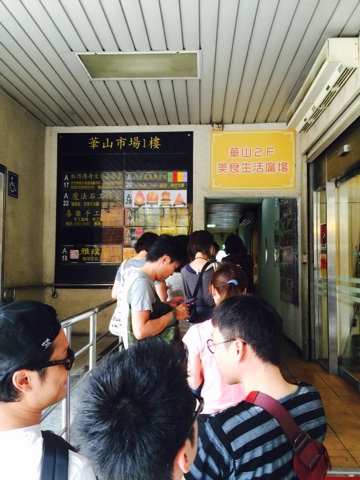 Still have to wait in line going up the stairs. 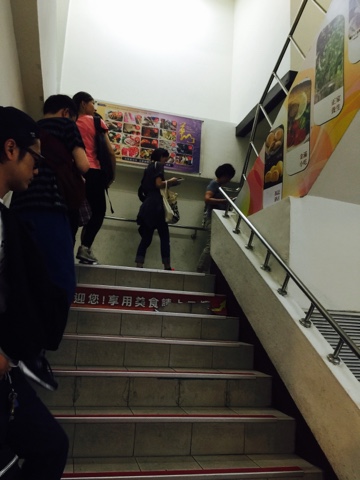 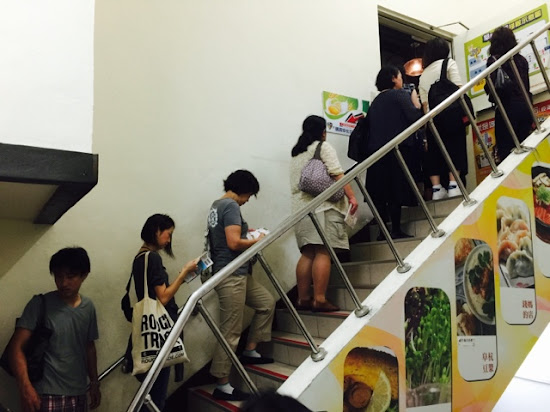 Once you get up to the second floor and can see the food court, then the wait isn't too long. If you are planning on eating there, then I would have someone scope out an area to sit while the other person waits in line to order. 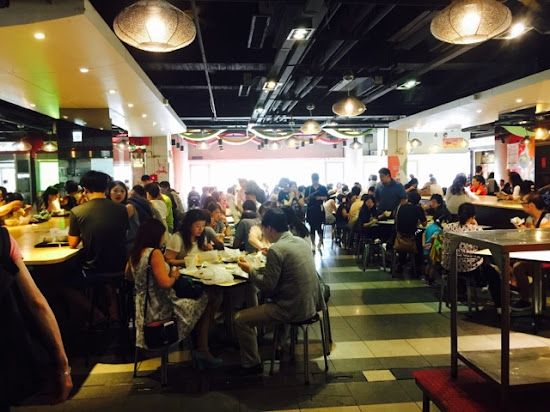 You can see the busy kitchen working nonstop to make sure there's enough shao bings and you tiaos to go around. 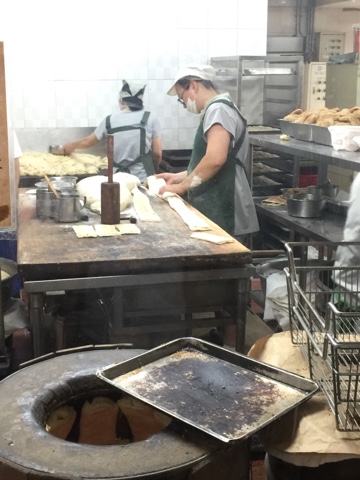 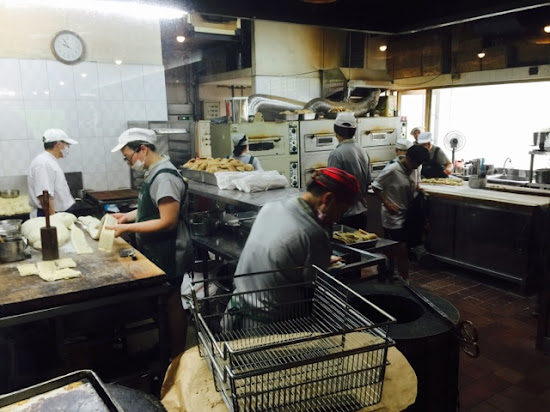 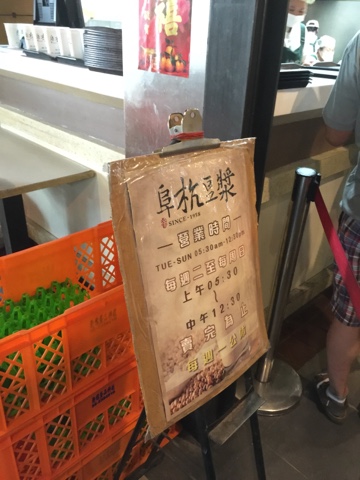 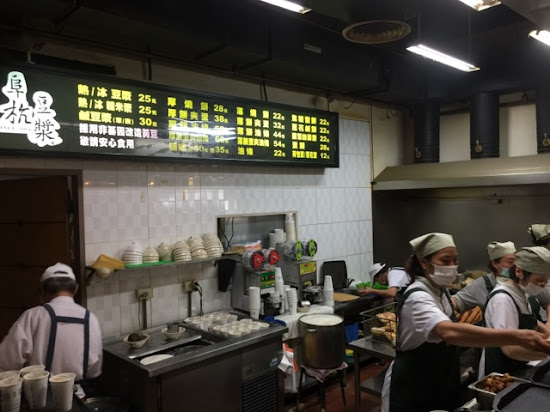 Once I got to the ordering counter, the first lady asked me "what do you want to order?" in Chinese. Lots of people are taking pictures, so it's her job to move us and the line along. When the people in front and behind me didn't respond, she quickly launched into the question in Japanese to which the people responded. You give your drink order first, then your food order to the next person, then pay the third lady before you carry your order away. It's fairly quick so it's best if you know what you want ahead of time, so the line keeps moving. If you can't read the Chinese characters, they do have an English printed menu to look at upon request. 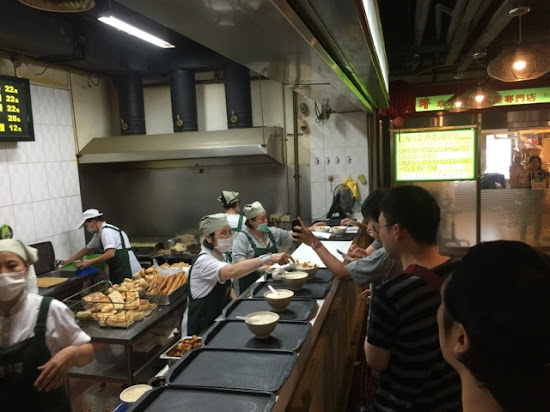 The only thing I would wait in this line for is the hou shao bing since its the only place I've found it. I added an egg that day so it was NT$38. There are other places where I prefer the salty soy milk and you tiao and more in my neighborhood.

"I love the thick sesame flat bread at Fu Hang because it has a slight sweetness, a thin crispy layer and soft center from coming straight out of the hot metal barrel," quoting myself from CNN.com. Lol. 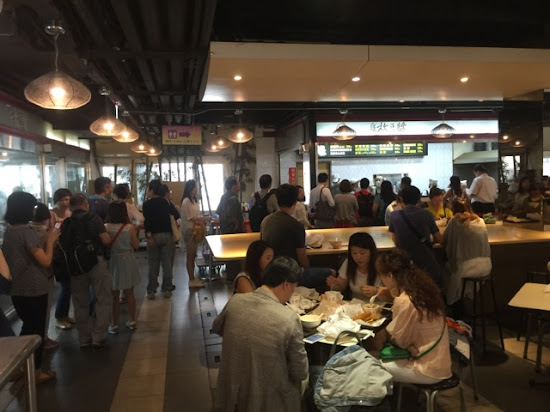 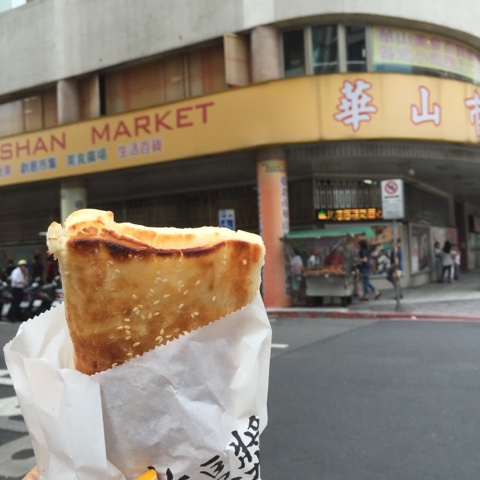 SO have you waited in line for Fuhang Dou Jiang? Was it worth the wait?