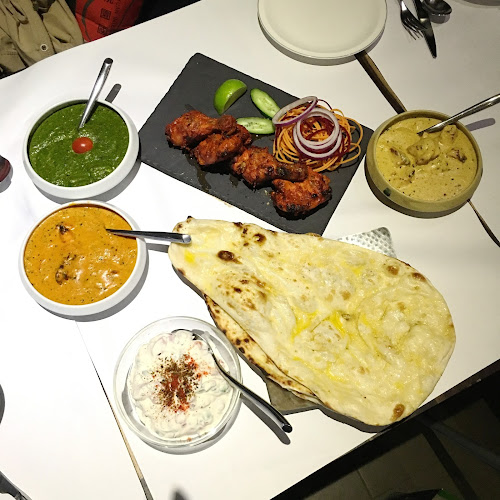 MRT: Mingde (about 30 minute walk or 10 minute drive from station) 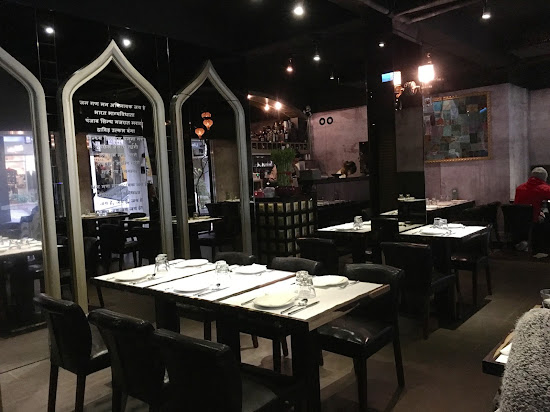 Have you ever seen the movie THE HUNDRED FOOT JOURNEY? Basically, it's a movie about a one Michelin starred French restaurant run by Helen Mirren's character that begins feuding with the owners of the newly opened Indian restaurant across the street, and of course, mutual love of good food brings them together in the end. Anyways, I think about this movie because Spice Shop is right next to another Indian restaurant, Saffron, less than a hundred feet away, and you have to wonder what the relationship between the two restaurants are. Are they owned by the same people? Are they enemies? Do they just ignore each other? Do they work together? I guess the easy thing to do would be to ask, but every time I'm too busy eating my food to remember.

For whatever reason, I tried Saffron first and ate only at Saffron for years before stepping foot into Spice Shop, because Saffron was so good, even though it seemed to be the more upscale, pricier restaurant . Why give up a sure thing when you don't know if the restaurant next door is going to be bad or good especially when I was trekking all the way to Tianmu. Then a few years ago, a friend wanted to eat at Spice Shop and so we went and it ended being equally tasty as Saffron. (Note the date in the Instagram photo below-- May 2013! That was my first time to Spice Shop. What a difference three years make, so much has changed in my life since then.) 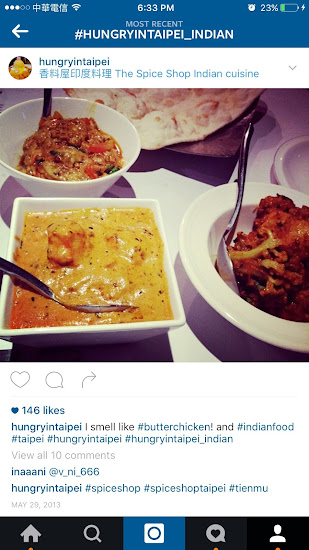 I wish I had taken more photos of the menu, but the English Chinese menu has a collection of appetizers, salads, tandoor dishes, curries and vegetarian dishes. 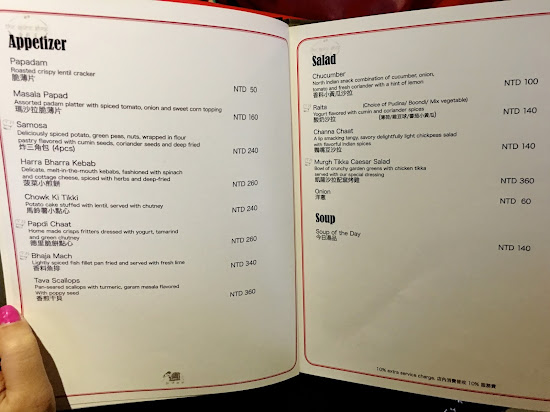 And even though I don't have photographic proof, Spice Shop went through several renovations awhile back and now is equally fancy looking as Saffron, even though my fuzzy memory swears that Spice Shop used to look more colorful and casual than it does with its current muted purple hues and decor. (Googling some old blogs seem to vouch for that.) Spice Shop has been opened for over 10 years, a few years before Saffron opened.

So for a recent get together, my friends and I ended up at Spice Shop and they quite liked it as well. Butter chicken, tandoori chicken, fluffy naan, raita, spinach, eggplant.

Complimentary papadum, only 1 per person. We asked for more, but they said it would cost extra. 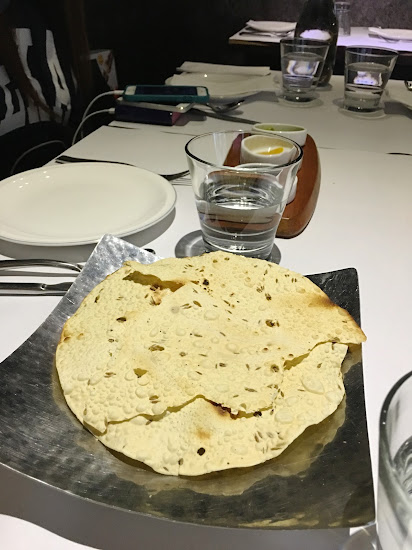 The raita (NT$100) at Spice Shop has a lot of cucumber, onion, tomato mixed in (unlike the version at Balle Balle which has a little bit of diced cucumber but is basically a yogurt dressing, but more like the version I had at Joseph's Bistro). 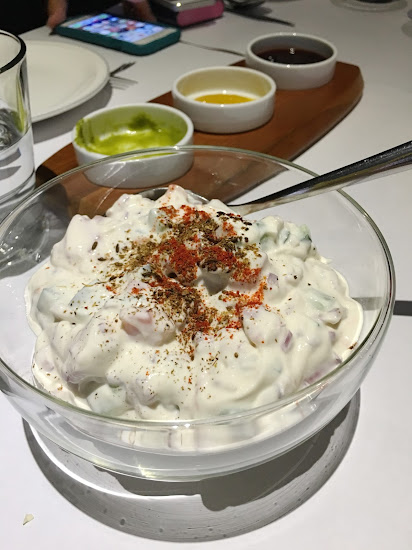 The tandoori chicken - a half order of four pieces was good enough for three of us to share. I personally thought the chicken had too much spice layered atop it, there was something that didn't agree with me, but I was the only one who thought so. 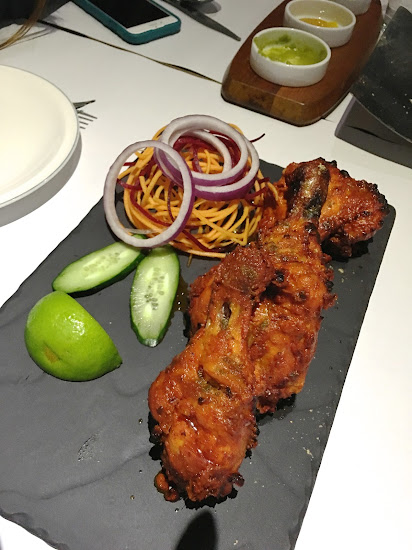 Butter Chicken (NT$380) This was a hit at the table as always.. It seemed to have more layered flavors than my current favorite spot, Balle Balle, and wasn't as sweet. 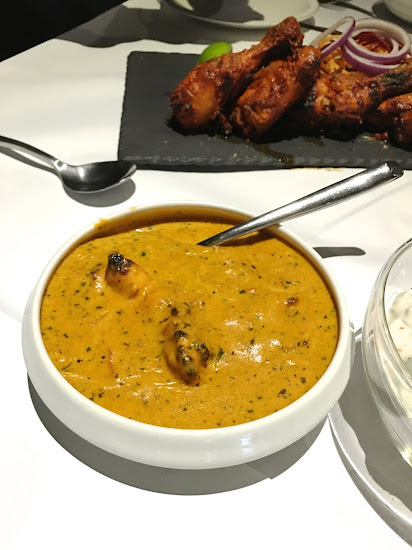 Butter chicken with a pile of naan is a must. Plain for me, garlic for my friends! The naan at Spice Shop is fluffy and generously sized. 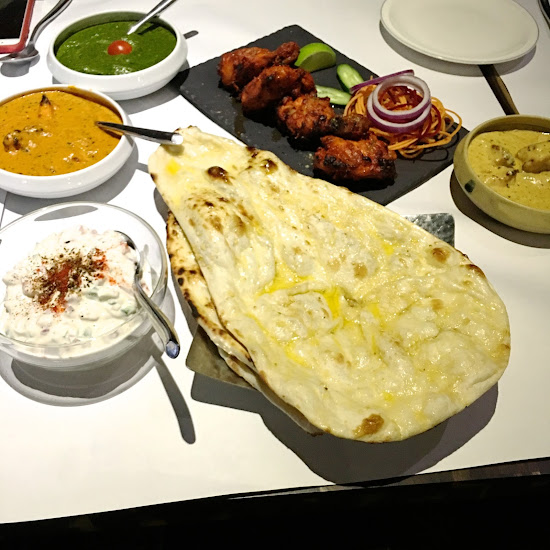 Spoon a little of each curry and some rice to your plate and dig in. The eggplant and spinach were really good too. It's definitely harder to have a variety if you are eating alone. That's why I always eat it with a few friends. If you can't eat spicy foods, then the waitress recommended Murgh Lababdar (NT$340) to us. The default spiciness level in Taipei is generally low spiciness, which is how I like it too, so I don't mind it. But I've heard rumbles online when people complain about Indian restaurants in Taipei not being spicy enough. So the general rule of thumb for Indian food in Taipei is that if you like it spicy, just ask. 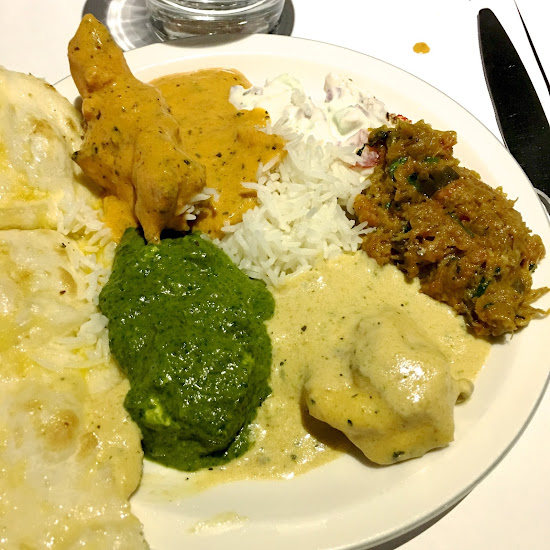