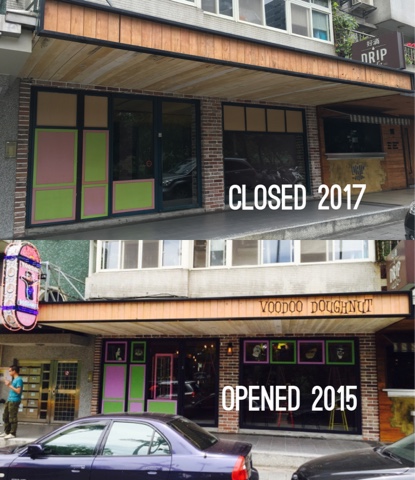 ya, it closed last month. it was always a pale imitation of the real thing anyway. (and much too sweet.)

Thank you so much for sharing such informative post.

@greg never got to try the real thing.. heard it might just be relocating elsewhere!

@greghao: I've been to the real Voodoo Doughnuts and it was ridiculously like the original place.
Sweet? That's how the doughnuts were supposed to taste. Krispy Kreme does it exactly the same and they are doing fine.

they keep opening krispy kremes but theres nothing special about krispy kreme at all. i think its nasty. vudu donuts went wrong by trying to sell food. like hamburgers made out of donuts. they should have just stuck to donuts.