With good intentions, I posted my favorite five dishes of the week from Instagram. A MONTH AGO.  I took an instagram break, Chinese New Year happened and now it's March! So, let's give this another try, a short list until I post a full review. Why is it so hard for me to type out my thoughts in a full review these days? 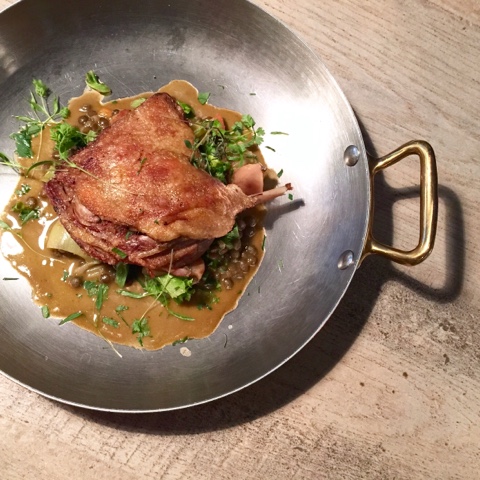 I think I might have tried every dish on Chou Chou's lunch menu, and the dish I've ordered and loved all three times I've visited is the duck confit. Crispy skin from being pan fried in its own fat, tender juicy meat underneath on a bed of lentils.


Happily surprised by this newly opened French brasserie, which offers very reasonably priced and tasty set menus for lunch and dinner with a aesthetic and classic French menu unlike anything I've yet to have in Taipei. Opened by chef Kin Ming Lam from @achoi.taipei and Jean Georges Shanghai, where he spent over ten years working with Michelin starred chef Jean Georges Vongerichten. 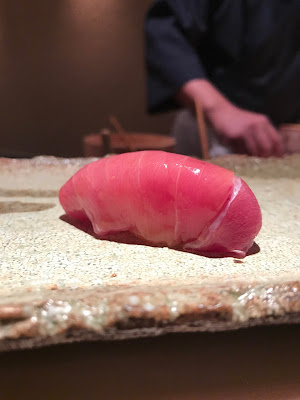 Those of us who were lucky enough to dine inside the unmarked doors at Senju have been eagerly anticipating Chef Adachi's return, opening his own sushi bar. Located on the edge of the Xinyi District, Adachi brings back all of my favorite bites- including the anago, the akami and chutoro sushi, uni and whatever else he decides to surprise us with in the omakase. Only open for dinner currently, sets are NT$5800, NT$6800 and up. The sushi bar only seats a dozen or so people, so good luck with reservations.
ADACHI, Only open for dinner, Closed Mondays 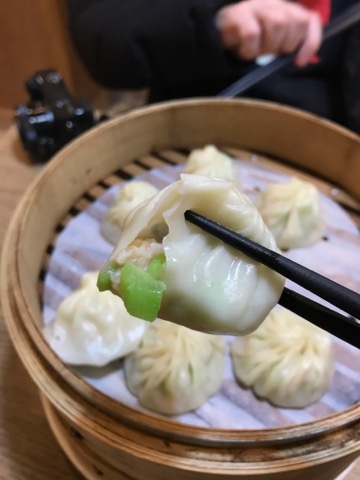 My first time at Su Hang, which has been open about a year and half on Minsheng. Their original shop in Gongguan area has been open since 1967. Besides the OG pork xlb, they also have shrimp and luffa squash (yum), crab roe and dessert xlb with taro, sesame or red bean, as well as noodle soups, rice dishes and buns. I really liked these, despite being half full since this was our second round of #xlb on our crawl. Skin on the dumplings thin but nice texture, and the luffa is juicy and sweet. (NT$220)

Un Petit Pas reminds me of C'est La Vie near Yong Kang Street, but in the Daan District. The decor, the lunch sets, the pastas. Every thing here is good value which is why it was packed, but the most memorable bite of the meal was the rouge shrimp pasta. And maybe the truffle fries. 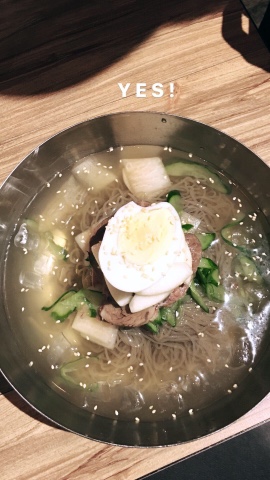 Hanyeoyigo (韓老二韓國烤肉) is a newish KBBQ place at Neo 19 and Daan District that boasts a pretty full menu including one of my favorites- soupy cold noodles. The server cut it up for us and also gave us a big bottle of vinegar and mustard to customize it. The noodles were chewy and not too soft, and they didn't skimp on the stuff inside, including korean pear, radish, cucumbers, beef and egg. The KBBQ here is mostly pork and beef and the BBQ grill includes steamed egg on the rims that cooks as the server grills your meat. Lettuces and sauces included, but not that much choice in banchan. This spot is only open at night but takes reservations.
HANYEOYIGO (韓老二韓國烤肉),No. 32, Lane 107, Section 1, FuXing S. Rd, Da’an District, (02) 2771-6474

Email ThisBlogThis!Share to TwitterShare to FacebookShare to Pinterest
Labels: #weeklyfave5