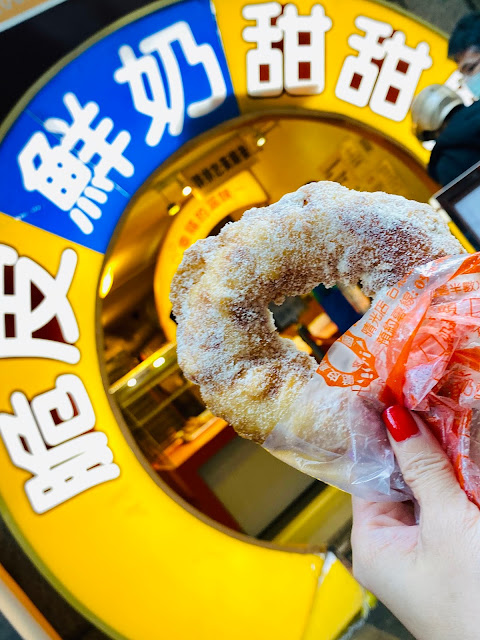 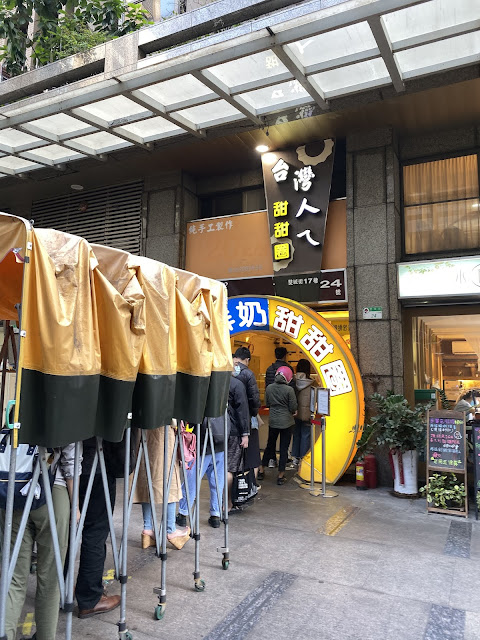 [TAIPEI]
You would think after a big lunch you would have no room to eat anything else, but when these donuts are in walking distance, your stomach finds room for it! I had these donuts once, maybe 10 years ago, and I had still thought about them over the years. So I was SO happy to have the chance to get some again (and that they were still open after all this time). There was a short line but we decided to wait and soon we were at the front of the line.
One person is frying the donuts (NT$25) and then another is taking them and swiping them through the sugary milk powder, coating both sides before putting them into individual plastic bags. Sometimes they have other flavors, but that day they only had the signature milk donuts, which taste a bit milky, a bit vanilla, a bit powdered sugar. The best part is the crispy parts on the outside and soft inside. If churros are Mexican donuts, then this donut is its Taiwanese donut cousin.
Even though you think you are only going to take one bite, you know the donut tastes best right now, hot and crispy and won't be the same after it cools down, so you finish it before you know it. Even though there are a bunch of donut shops, good donuts are hard to find Taipei. Even Krispy Kreme Taipei no longer serves hot donuts anymore, and there's nothing like a freshly fried one so when you see a line, you know you'll be getting one that's just made. 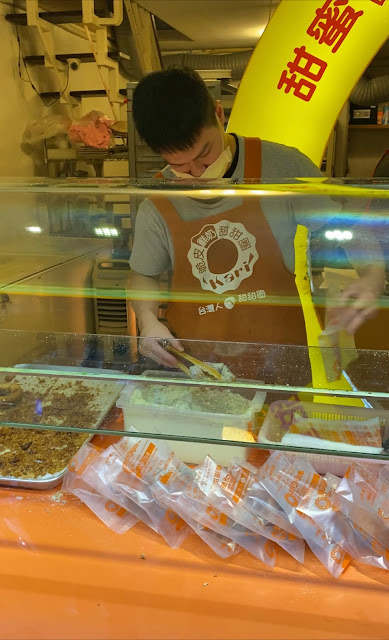 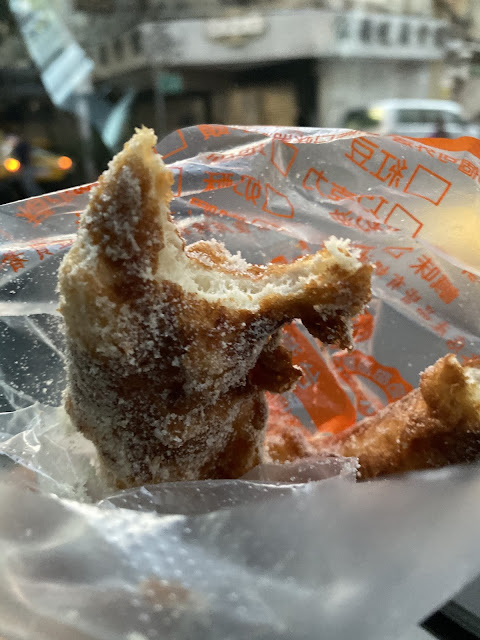 Restaurants Near Me said...