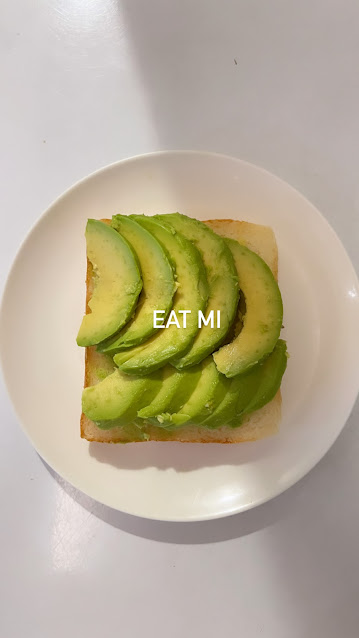 The pandemic had everyone making bread at home, me included. For the first time, I made quick foccacia, no knead peasant bread, salted honey butter parker rolls, easy yogurt flatbread, honey beer bread, easy pretzels and of course, a lot of banana bread (not really a bread, but you know what I mean). Wow, okay seeing that, that's a lot of bread, but it's also been a loooong two years. It's evidence that  I love bread and all kinds of bread. But it wasn't until I got the invitation by a friend to try EatMI that I had heard of bread made from rice.
Like everyone else, I’ve been trying to figure out how to eat healthier in between those media tastings, brown sugar boba and shaved ice cravings, and carb-bread-cinnamon roll-cake-croissant temptations. And most of the time, the cravings win.
So that’s why I was intrigued by EatMI, a new company making toast and bread with Taiwanese rice. Around the world, people are eating less rice (whether it’s because they are cutting carbs or have other options to pick from) and in Taiwan, rice consumption has fallen more than 30%. So the partners founded EatMI and spent two years figuring out how to make bread made from 100% Taiwanese rice and zero wheat flour, but still have a texture that bread lovers would still enjoy. With a master baker from Jiu Zhen Nan (舊振南), a food business keeping Chinese pastry traditions alive since 1890, and other partners, they are looking for a way to evolve the way people in Taiwan eat rice and the way they eat bread. 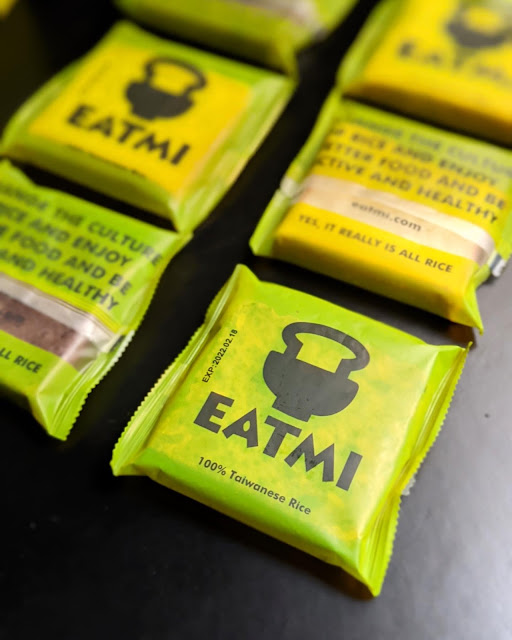 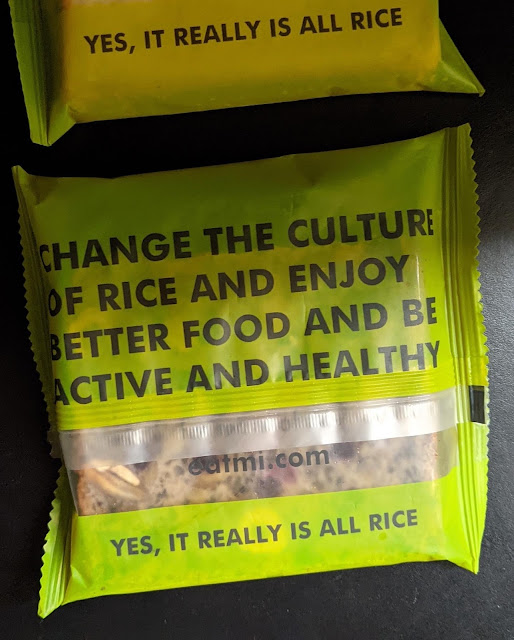 EatMi started with a popup at Taipei 101 in December 2021, a vegan kickoff at Ooh Cha Cha x OmniPork with chef Mai Bach who also helped create some vegan toppings for them for their 101 popup, and then some collaborations with 5 restaurants like M One Cafe and Tamed Fox doing their thing with EatMI toast into eggs benedict, French toast, and bread pudding. 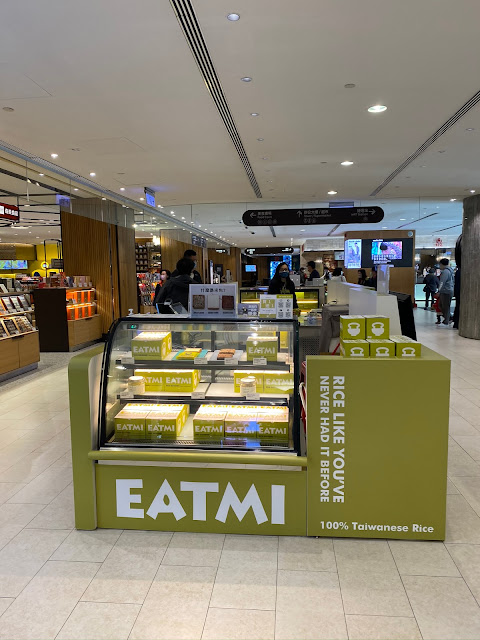 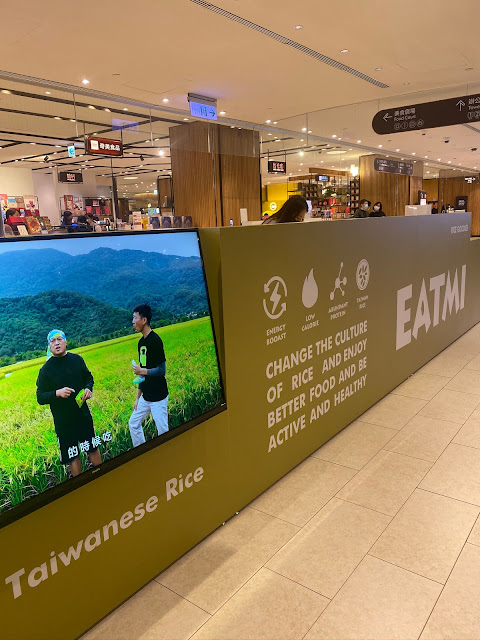 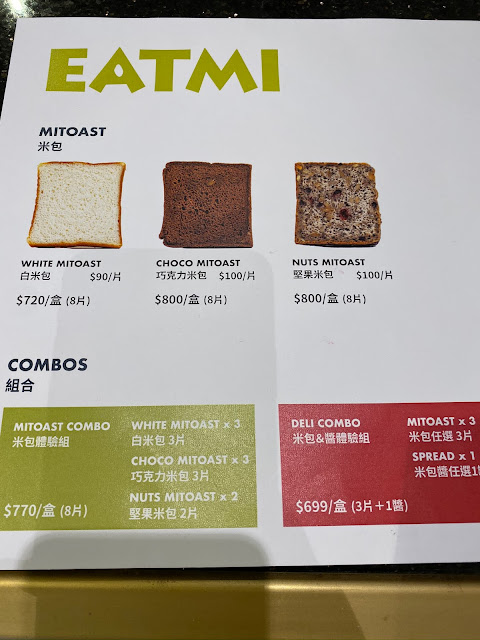 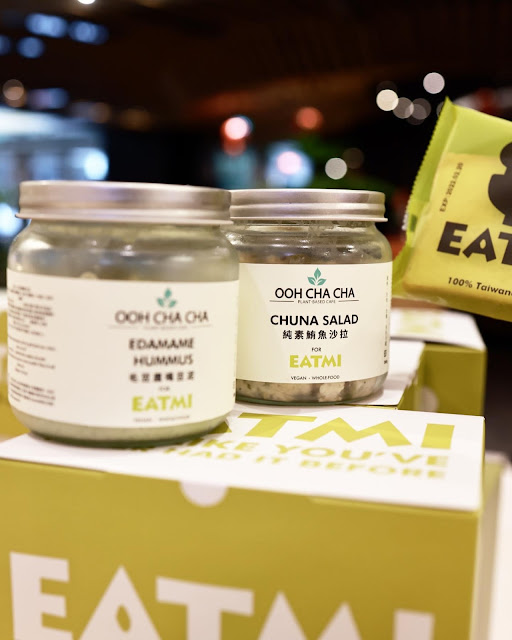 No flour, no wheat, just rice- which makes the bread a great option for those looking for gluten free options in Taipei. The first version of the packaging was individually packed and in a box, with three flavors available- original, nutty and chocolate. (NT$770/ 8 slices, combination box) 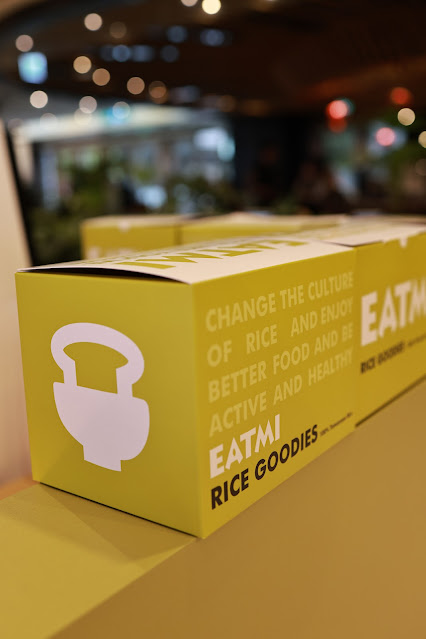 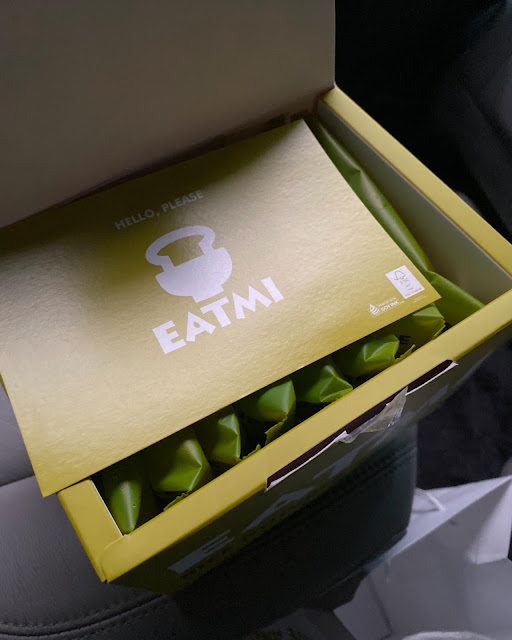 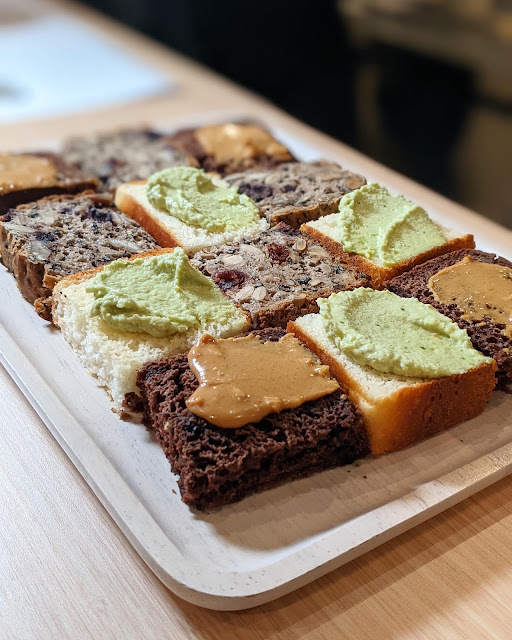 My favorite was the nutty toast and the original a close second. They recommend (and I agree) that the toast is best when toasted longer than you would for normal toast... I use my air fryer and a good 3-4 minutes in it before I top it. I even tried my hand at the French toast that I tried from Brun, and it definitely helps those crusts when I airfried/toasted it a few minutes after griddling. The rice toast has a slightly chewy texture, not as chewy as mochi waffle, but just a slightly chewier than regular toast, and the crusts become caramelized. It's hard to describe, you kind of have to try it for yourself. 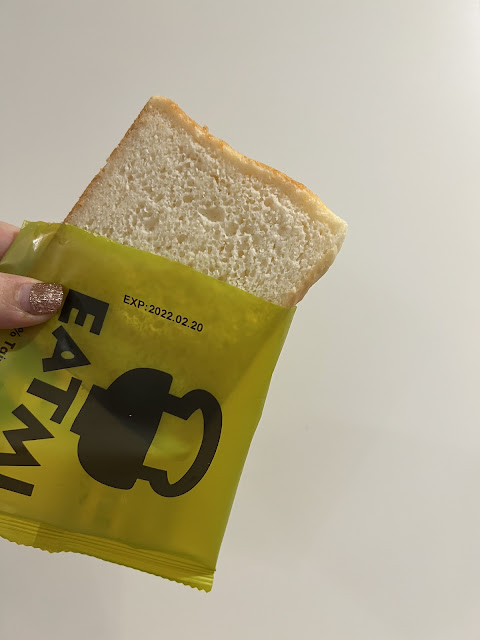 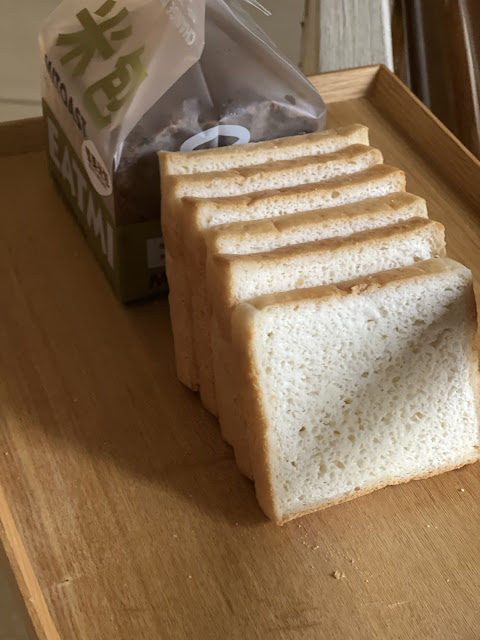 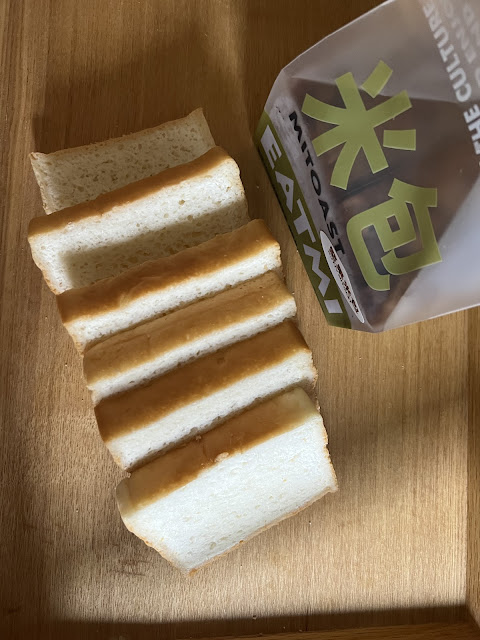 Just launched, EatMi's second version comes in a sliced loaf, with slightly more eco-friendly packaging, and better pricing at NT$330 for 6 original slices, or NT$380 for 6 nutty slices. It's definitely still a splurge for bread, which is extremely competitive in Taiwan, but much more affordable than the pricing for the first time around. For those looking for gluten-free options, this is much tastier than the gluten free breads I've tried in the states. For more info, check out eatmi.com 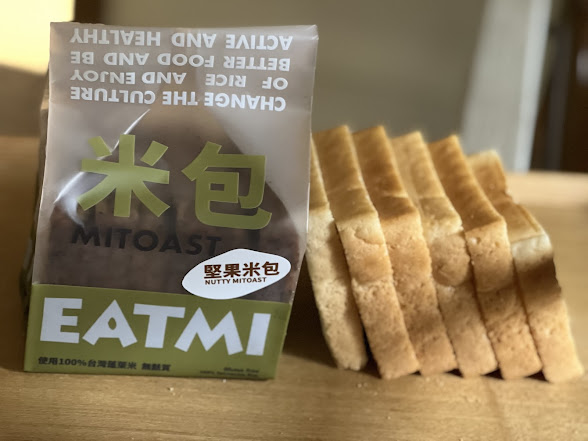 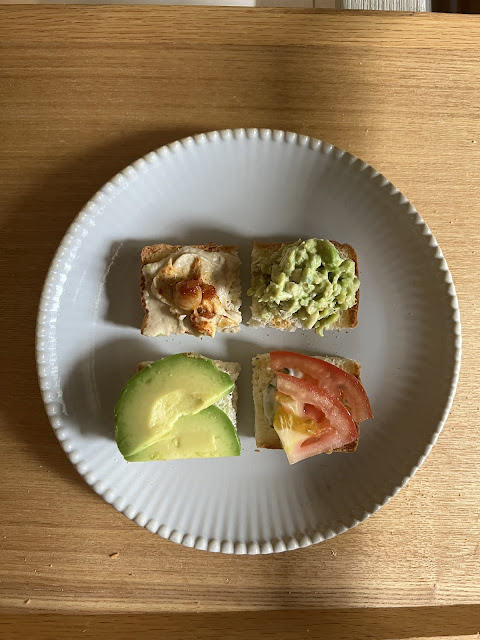