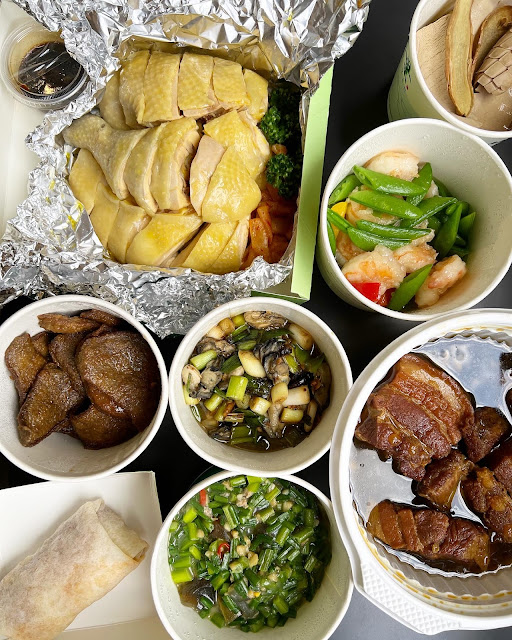 hi guys! As you may know, Covid has been peaking in Taiwan and numbers are at a record high and for the first time, I have a number of friends who have caught (and recovered from) Covid. Since everyone is being more cautious and while things are not shut down (like this time last year), I have been definitely eating more at home, cooking and ordering in. So when Inline reached out and asked if I wanted to check out their service, I looked at the list of restaurants and I said YES. I realized that it had been far too long since I had my favorite dishes from Shin Yeh since it's usually a place I would eat at with my grandmother and visiting relatives, but why not enjoy it at home?
inline is mainly known for their reservation booking service, but they also have a ton of restaurants that you can order from. For Shin Yeh, they have takeout from four locations- Xinyi Mitsukoshi A9, Nanjing, ShuangCheng (original shop) and takeout/delivery from ZhongXiao branch. The menus have slightly different variations at the branches, and I ordered ahead to schedule a time and got the confirmation once the restaurant opened. While you can click on the top right side to change the language to English, it doesn't translate the dishes' names to English (for now), though the newest OS for iphone lets you highlight the dish name to translate. 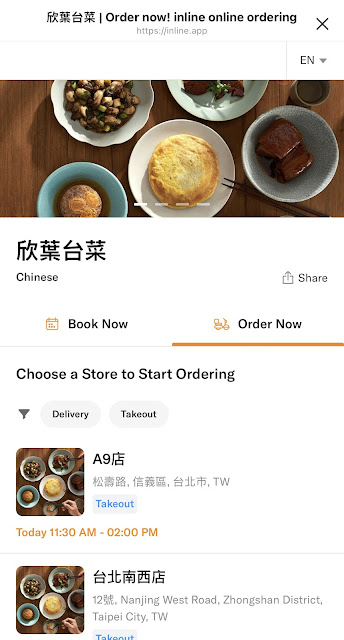 If you're looking for what to order from Shin Yeh, here's what I recommend  (with photos) below:
1. Signature braised pork 欣葉滷肉NT$270 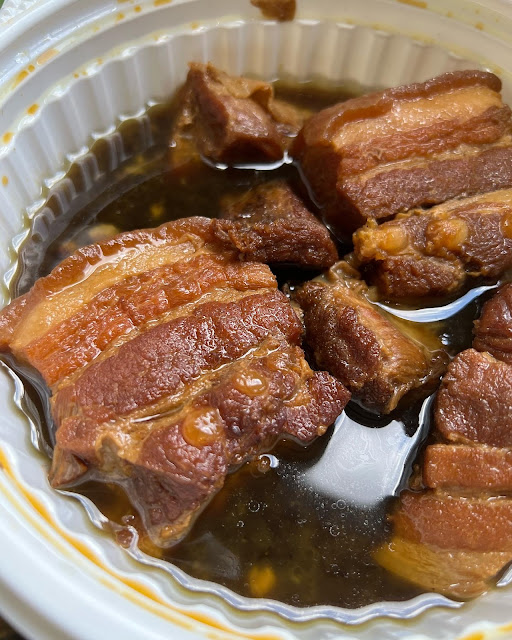 I was afraid 1 portion of the pork belly wouldn’t be enough since it said it had 3 pieces, but 2 portions was really sizeable with lots of tender chunks of meat! It was still warm when I got it. Would definitely reorder. Enjoyed the leftovers and sauce with rice in a second meal.
2. Sesame oil kidney (small) 麻油腰只(小）NT$410 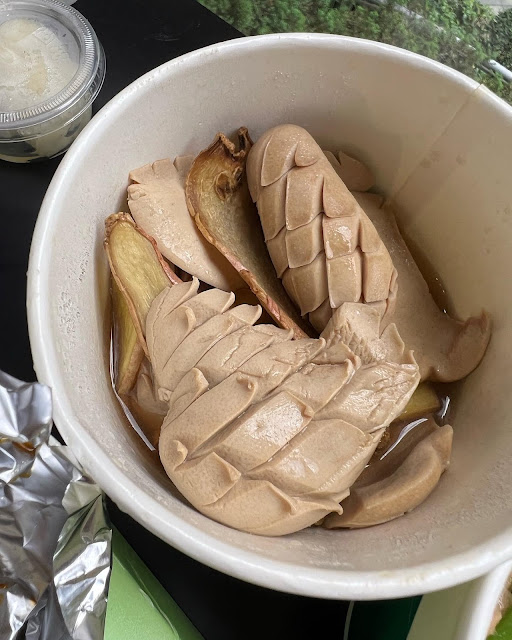 Shin Yeh separated the sesame oil broth so the kidney didn’t overcook. Pork kidney is slightly crunchy and bouncy, yum. This isn't something that I have often, but when I think of this dish, I think of Shin Yeh since it's one of their signatures. It might not be for everyone, but those who love it, love it.
3. Wok fried pork liver 香煎豬肝 NT$300 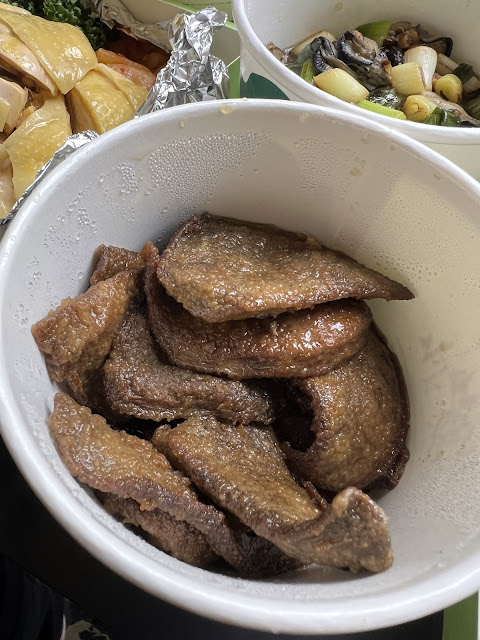 Shin Yeh’s pork liver is slightly sweet and soft. This is another favorite of my family's. IYKYK. Uncover right away so it doesn’t overcook.
4. Baby oysters with leeks and fermented black beans
蔭豉蒜青蚵 NT$310 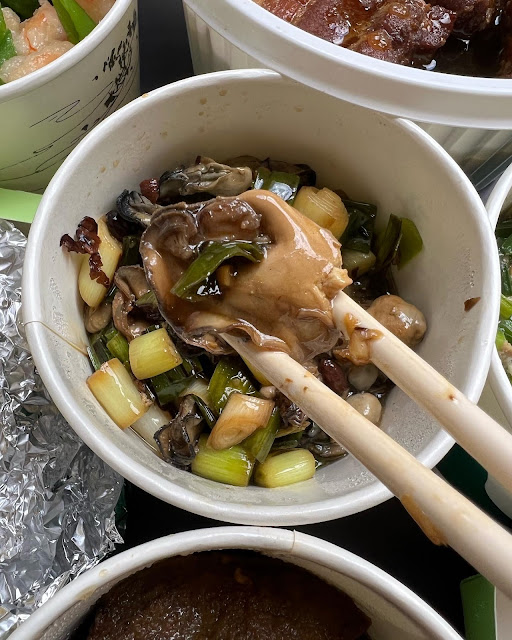 This was another dish I was slightly worried about overcooking, but it was fine. Juicy baby oysters with the pronounced flavor of fermented black beans - this was one of the first dishes I reached for, and wished I had added a few bowls of sweet potato porridge after eating.
5. Poached chicken (L) 鹽水土雞（大） NT$480 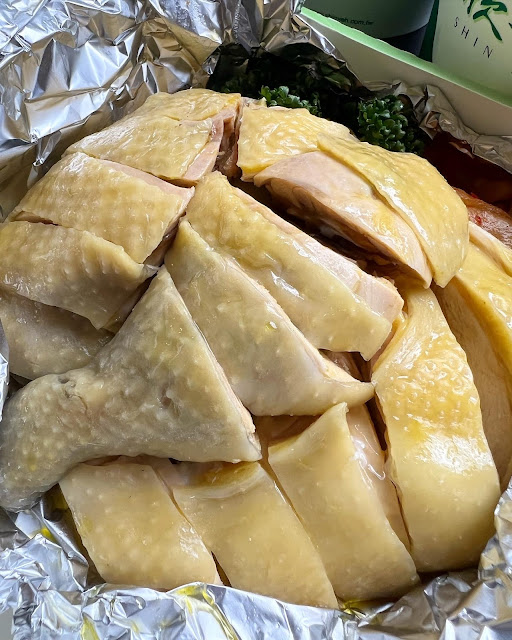 I admit I am spoiled by the deboning of Hainan chicken, so the meaty pieces were gone quickly and then the bony pieces were not.
6. Cashew shrimp 腰果蝦仁 NT$460 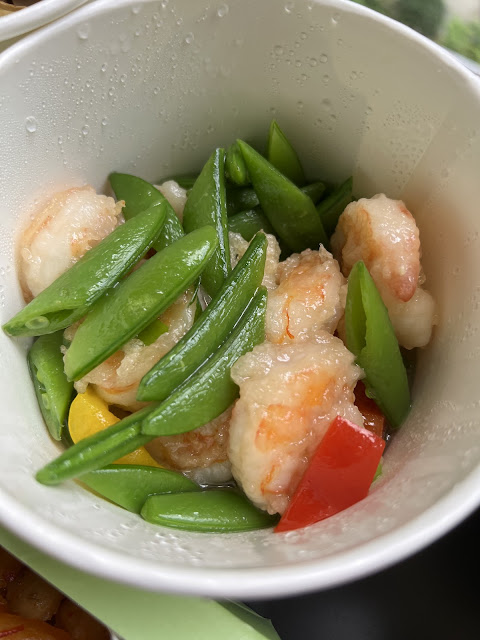 They separated the cashews which I thought was interesting, it was either this or the salt and pepper shrimp. This is less work to eat. It's been so long I forgot we like the pineapple shrimp here. Next time!
7. Stir fried chives with preserved eggs 韭菜炒松花 NT$285 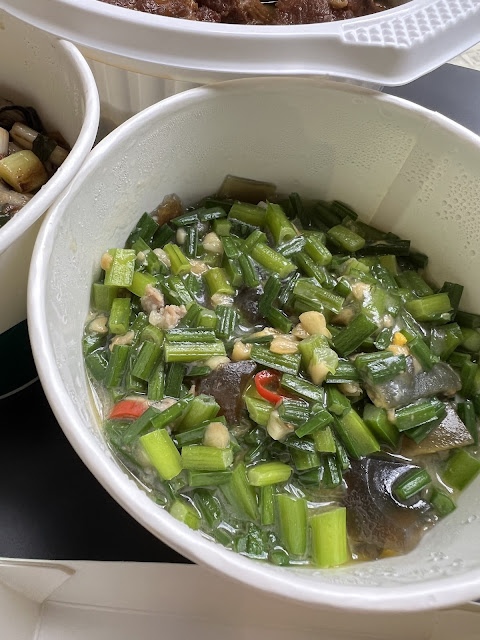 Another perfect with rice dish 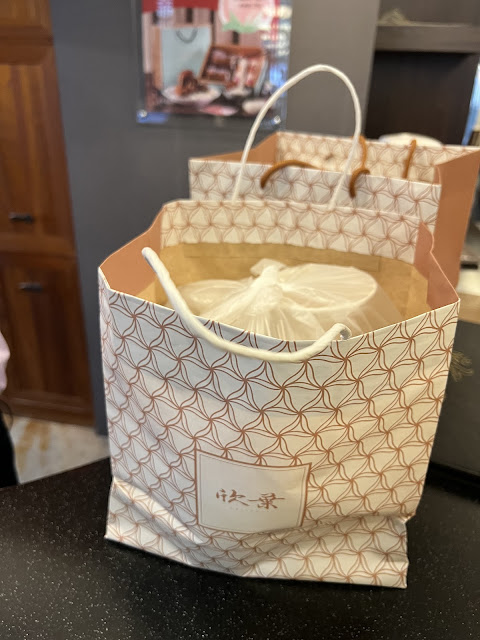 What's your favorite dish from Shin Yeh? Check out some other favorites from my previous visits - the clams and loofah or stir fried vermicelli  , or the gua bao. Reminder to self-next time get some sweet potato porridge and pineapple shrimp.
Thank you Inline and Shin Yeh for letting me try my favorites at home.
Posted by joanh at 1:27 PM