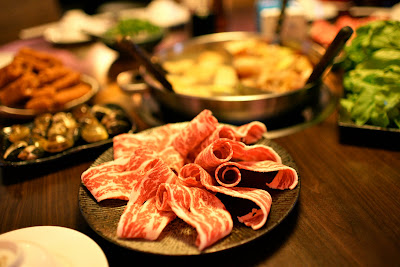 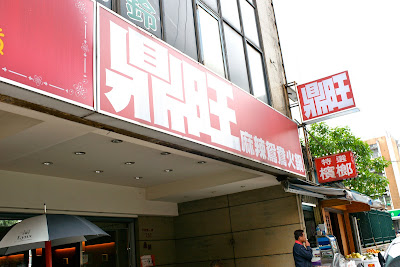 Recently, I found out that one of my friends who had moved here last year had never had spicy mala hotpot before. EVER! So I quickly rounded up some friends and we decided on this Ding Wang for her first time. 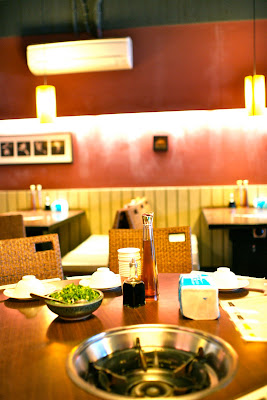 Not as frou frou or hard-to-get-reservations-for as that other Ding Wang (AKA Tripod King), but equally good, Ding Wang also offers noodles by the bowl in case you are dining alone or don't want to do a whole hotpot of mouth-numbing broth. The space is cozy and clean with maroon walls, dark wood tables and modern lighting, unlike some local places which can feel a little bit grimy.

Unfortunately all their menus are in Chinese only with no pictures, so you'll probably need a native reader to order. 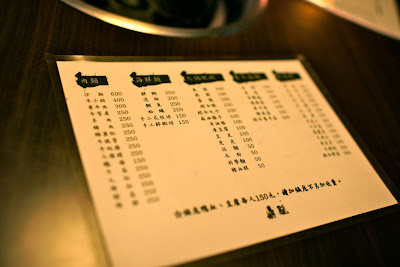 The menu has all the basics, but definitely get the freshly made squid balls, which you scoop into the boiling broth to cook. The end result is fragrant and chewy, but not starchy like the premade kinds. We had to order two rounds of these- they always get devoured quickly. 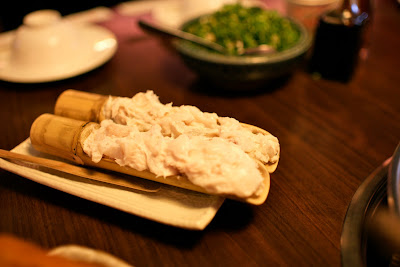 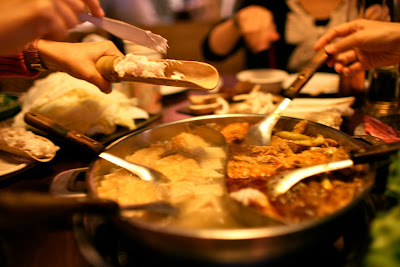 I also love to dip the you tiao and instant ramen into the spicy mala broth to soak up the soup and eat it while it's still a little bit crunchy. 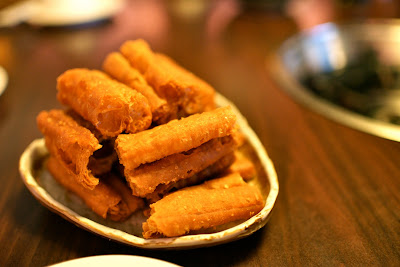 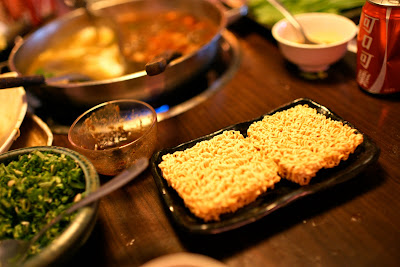 At an Indian restaurant, you might drink some mango lassi to cool off the tongue, but here it's coke and plum juice. I don't usually drink soda, but here, the bubbly sweet Coca-cola is a relief to the heat (temperature and spiciness wise)! 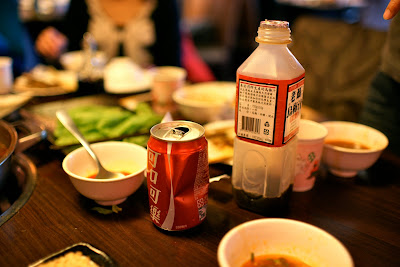 One of their specialties is their chicken feet- which I've yet to try. I just can't do it! It grosses me out. But my friends order it every single time, and gnaw on the little bones of the claw and wrinkly skin with contented smiles. So if you're a chicken feet lover, you should give it a try. 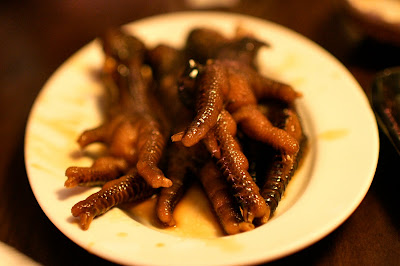 Those familiar with shabu-shabu might be looking around for sesame sauce or other sauces, but Ding Wang keeps it straightforward with only these two sauces- vinegar and sesame oil. Pour into your bowl and toss in a spoonful of green onion. 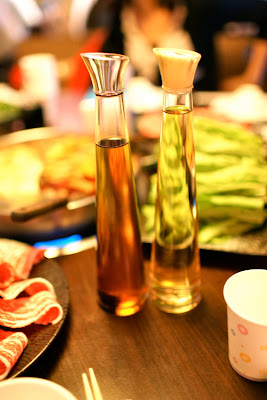 For the times I went, we ordered a bit of everything and it ended up being about NT$500-600 a person for lunch. 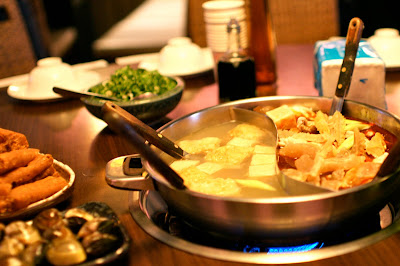 If you are a party of one and can't do a whole mala hot pot assortment, Ding Wang offers quick and cheap mala noodle soups by the bowl! 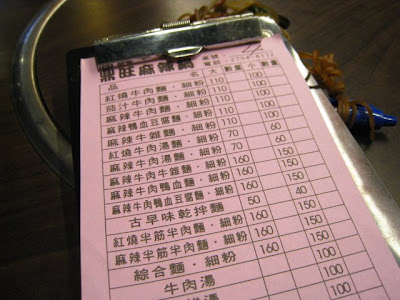 You can indicate how spicy you'd like it and a large or small bowl of mala noodle soup (NT$110) full of gelatinous duck's blood. 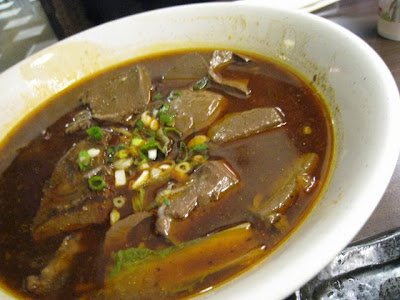 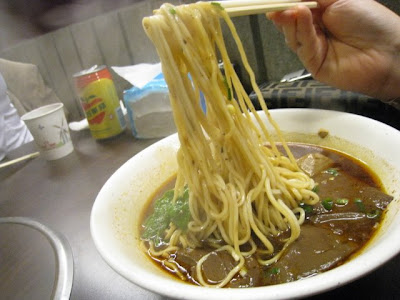 If you can't handle the spicy, they also have tasty beef noodle soup (NT$150) although the broth was more salty on my recent visit a few weeks ago than I recalled past visits being. I like it with ban zhou ban jing, or half beef, half tendons. I was thirsty all afternoon. 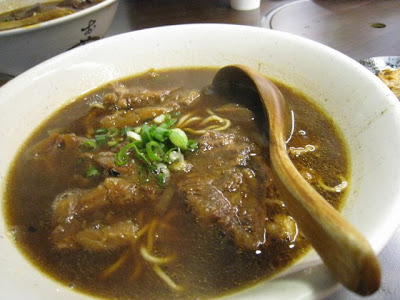 Don't forget to choose a few side dishes, like the tofu skin or cucumber. 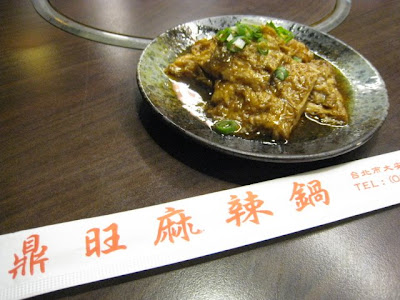 You can walk in on a weekday for lunch, but if you have a big group, you should definitely call ahead for reservations.
Posted by joanh at 10:45 AM

Herbs is use in medical and chefs only thought it taste good in food.

I love fresh made squid balls. Last time I was in Taiwan, my uncle took me to a hot pot place that had it. They were so good! Nothing like that here in the US. Sigh

If you were thirsty all afternoon after the beef noodles, there's a good chance that they spiked it with lots of MSG.

After moving to Taipei, I've become more aware of unusually-high-levels-of-thirstiness after eating out. It's usually a sign of MSG - especially at places like Taiwan Buffet, or beef noodle shops.

Hi, dropping by from Foodista. Everything looks delicious,although I wouldn't touch the chicken feet too :) Delicious blog you have here!

alrite..add into the list on my upcoming trip to tw!

Reminds me of my childhood. I wish I was in Taiwan! Asian food > Western food!