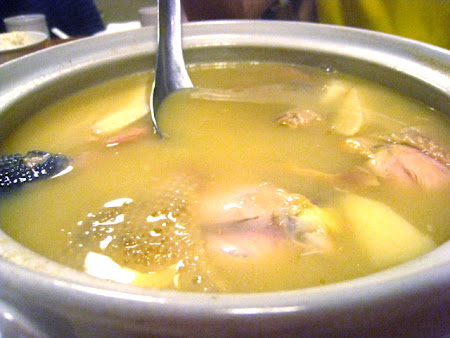 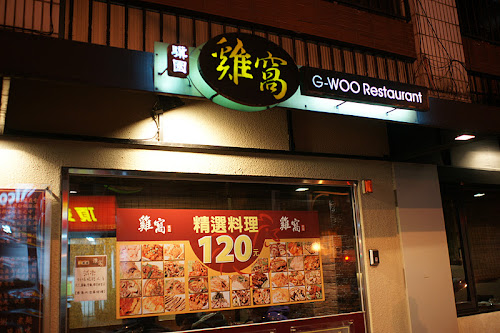 Cold and rainy night in Taipei and you're tired of hotpot or Grandma's got a little cold and you want to bring some food to her... where to go? Gwoo is the answer to those needing hearty chicken soup that will warm you up from head to toe. 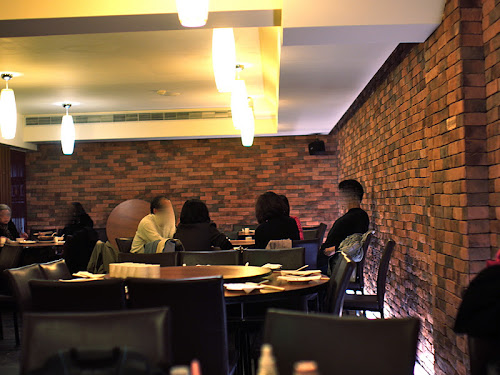 Opened in 2007, the space still feels fairly new with the wood and brick design and can seat large groups up to 10 at their round tables in the main dining area. Private rooms are also available. Service and food is fairly quick. 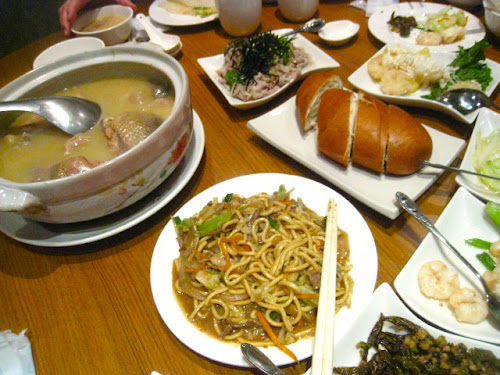 A jumble of Chinese characters in a Chinese-only menu with too many dishes to choose from can make for a confusing dining experience in Taipei. But don't let that deter you from trying some of the good eats in Taipei like GWoo. If you are desperate, you can study the collage of photos outside their restaurant of some of their more popular eats (or take a pic of it on your phone) to refer to avoid any confusion. Or just bring someone who can read Chinese, since that's what I do. 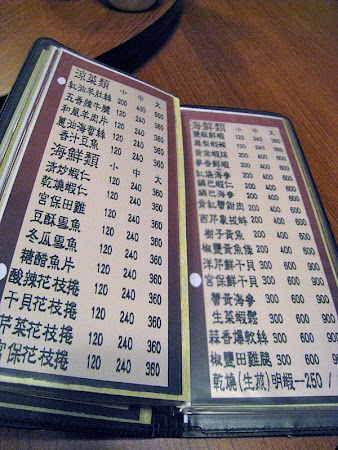 The centerpiece and must order of the meal is the signature chicken soup. You can order the original version, or if you order the soup with mushrooms or cabbage and tofu, they'll serve it the original first and then add hot water and the vegetables for the second round. 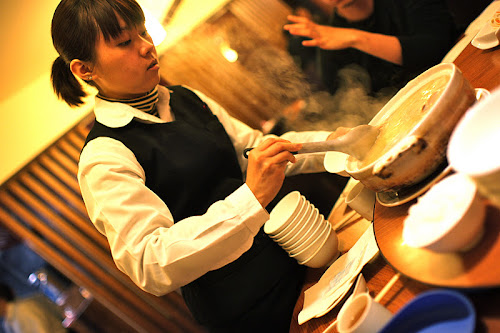 The Gwoo chicken soup comes in a huge ceramic clay pot, steaming and full of chicken falling off the bone as the result for being cooked for hours. Comes in small, medium and large sizes, depending on how many people you need to feed- menu prices for the original soup range from NT$360 feeding 1-2 people, jumps to NT$1400 feeding 3-4 people and NT$2400 feeding 4-6 people. Prices get more expensive from adding tofu and cabbage to mushrooms to bamboo/pith and then shark fin being the most expensive. I've also ordered to-go from them, and the soup comes bundled in a large enough plastic bowl and double bagged to ensure no leakage. 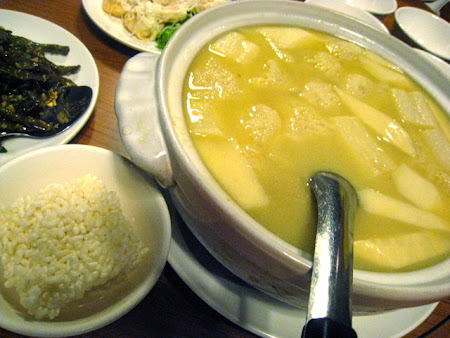 The broth is so "thick" that an ultra thin layer forms to coat the soup when you don't drink the soup right away and the cooler air touches the soup. 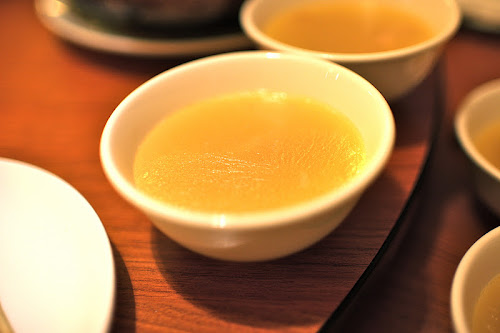 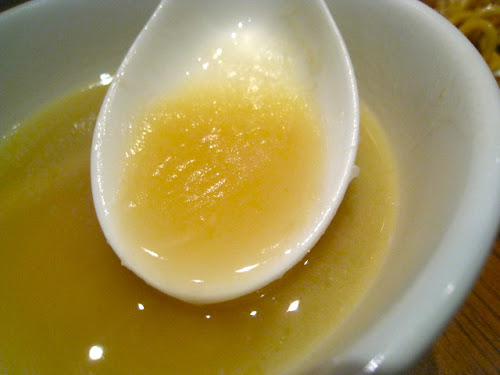 The meat is so tender, unlike some chicken soups which have all the juice cooked out of the meat. If we were in the states, there'd be some noodles floating around it. But since we're in Asia, you can order some puffed rice squares (NT$15/2) to dip in it. 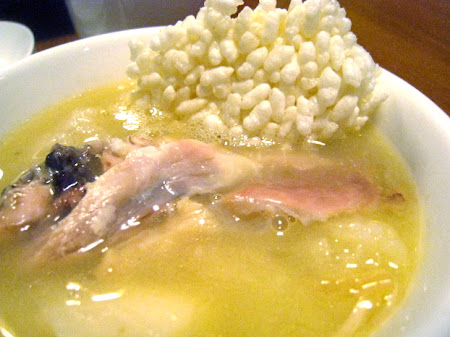 Now that I've been there quite a few times, here is my usual must orders. These dishes also come in small, medium and large sizes depending on how big your group is, but I usually order medium for these since I like these dishes. 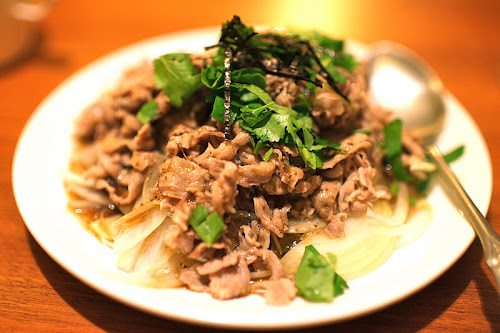 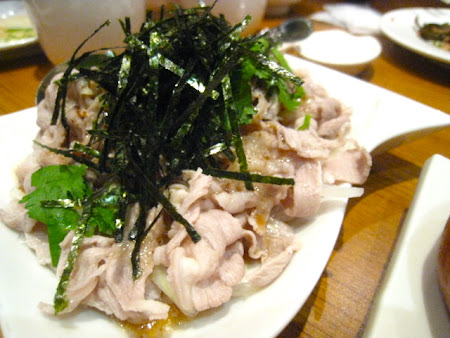 Scallion pancakes and string beans -  the string beans are a bit more fried and greasy here than I've had it in other places, but they are addictive tucked and rolled up inside the scallion cake. I also wrap the pork inside the pancakes too. 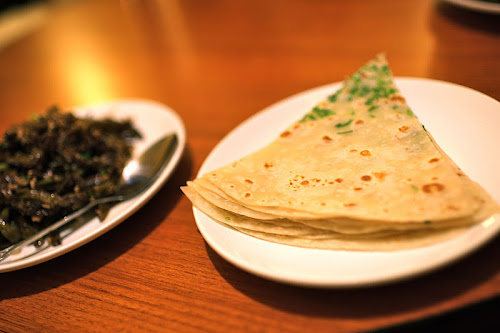 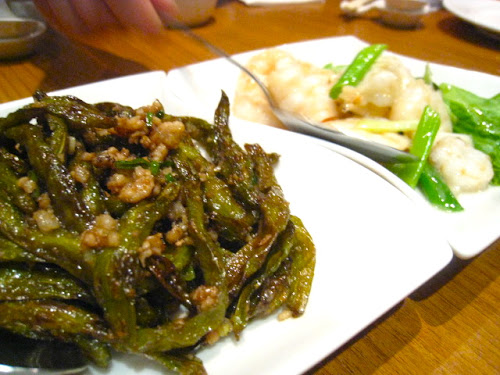 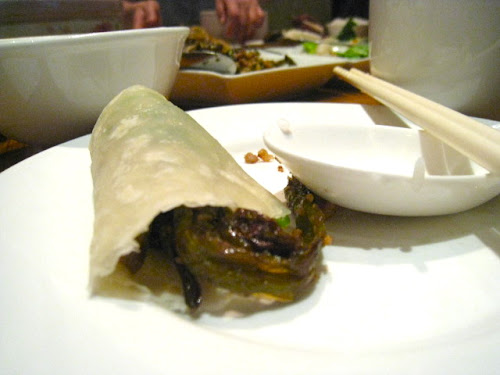 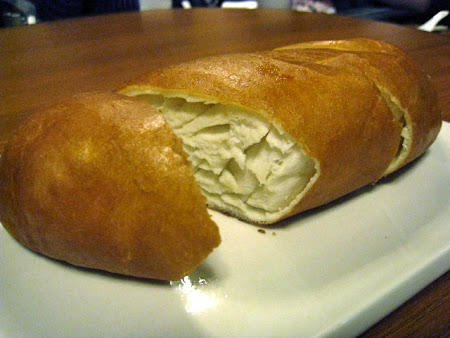 Sometimes we'll also get the stir fried noodles which sometimes comes heavy on the onions. 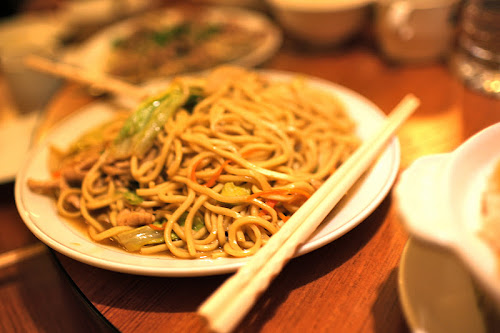 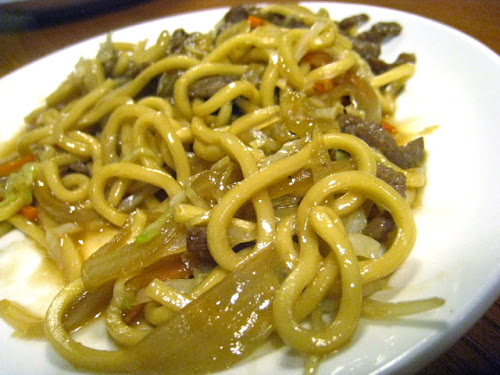 Fried shrimp with mayo and rice puffs. (Make sure you get the right kind, they have several types of fried shrimp and shrimp and I've ordered the wrong kind in the past not knowing the Chinese name. Again, you can try to reference the photo in front of the restaurant, which they should just offer a copy of in addition to its menu) 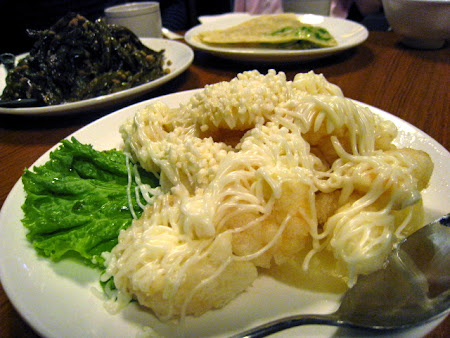 Veggies of the day 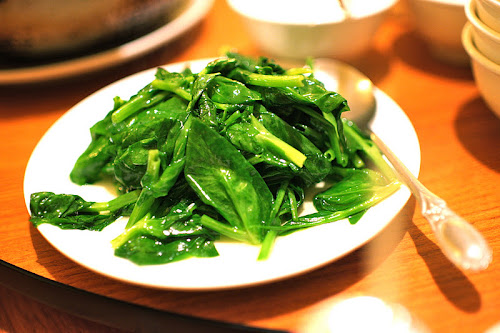 You can see once they add the cabbage and tofu after everyone has had a bowl of the original chicken soup, they also add hot water and the soup is not as rich. 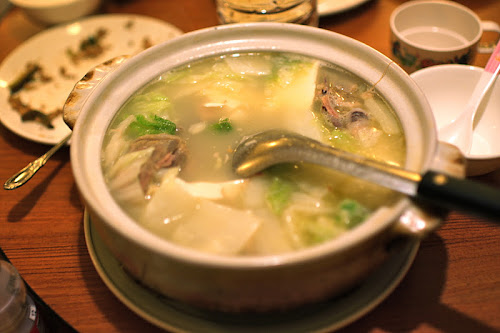 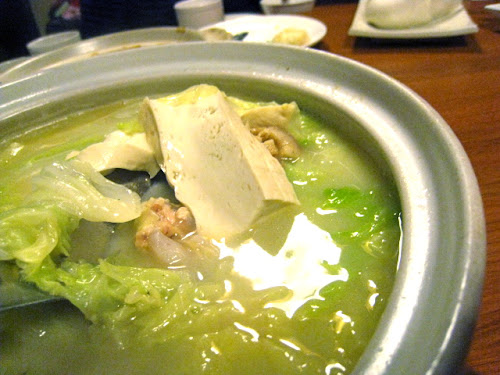 Fresh fruit to end the meal. 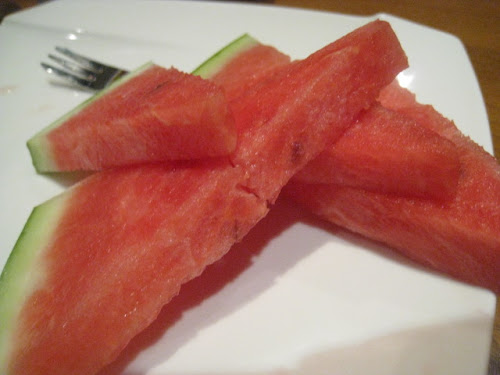 So the next time I'm craving chicken noodle soup, you know where I'll be. 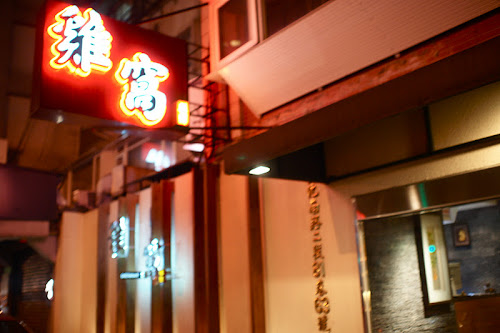 That Gwoo chicken soup looks like it could cure colds with just one bowl. By the sounds of it, that soup would make remarkable soup dumplings. Overkill much? lol