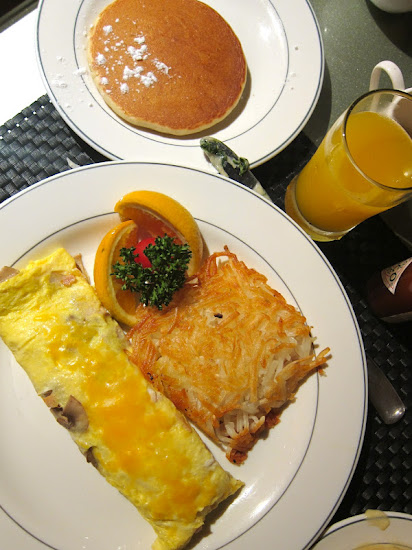 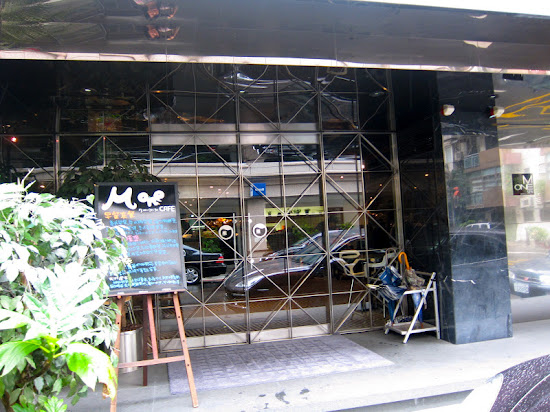 Not too far from the RenAi circle, M One Cafe is a modern cafe that serves solid breakfasts and burgers in an intimate space with about 20 or so seats. Decor feels more upscale than a typical burger brunch place with warm wood paneling and glass tables paired with lots of black. Passerbys might not even know that a restaurant was inside, as it's right next to the M One Spa, which shares the same owner. 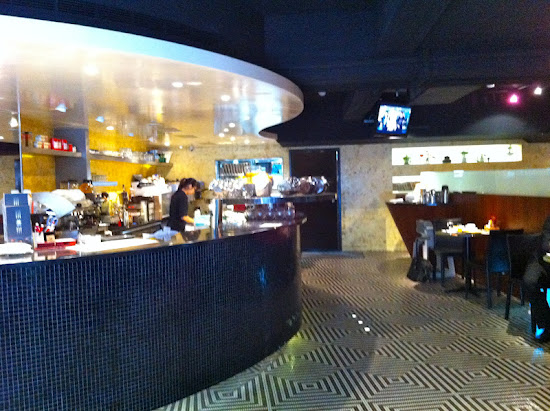 Two of the best things about M One is that it's open early (you'd be surprised at the number of Taipei Western breakfast spots that are not open at 8AM) and the other is that the omelets can come with a small side of French toast or pancakes as your "bread" as part of the price (or bagel, toast or croissant if you prefer). 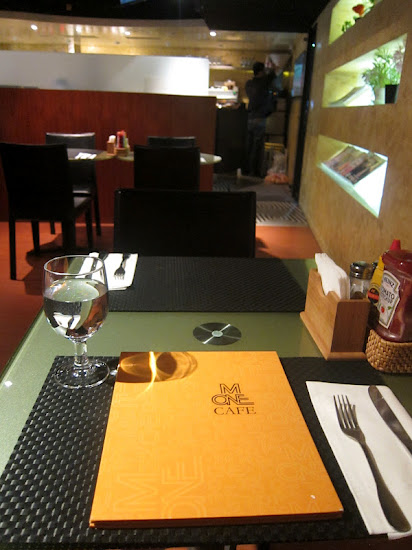 A funny thing is that the first time I went the TV played a rotation of popular US music videos as a soundtrack, and I saw Ke$ha, Rihanna, Katy Perry, Lady Gaga and more hypnotizing music videos that I had seen in a really long time. But the TV wasn't on during following visits. 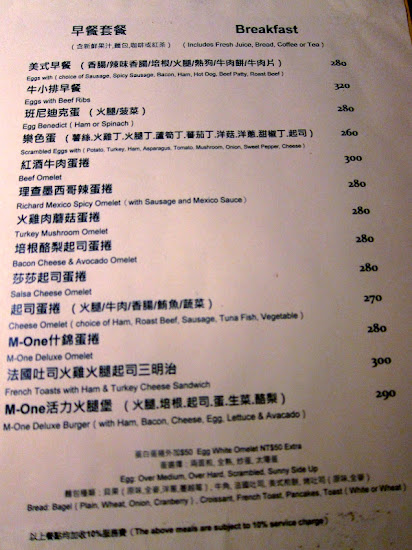 When uploading photos, I noticed that prices went up a couple dollars since last year- most of breakfast items are NT$30-60 more than last year's menu. So not as much a steal as before, but still not a bad price for the set. Egg brunch items come with a small juice, coffee or tea and "bread" although not with the eggs benedict regrettably since they already have bread (the english muffins).

But the Eggs Benedicts with Spinach (NT$280) are worth getting, as they are probably one of the best in Taipei with a toasty muffin and hollandaise sauce that's the right creamy consistency and generous amount. The last time I got Eggs Benedict at a different popular brunch spot, the sauce was so watery, it pooled onto the plate and I had to send it back to be redone. 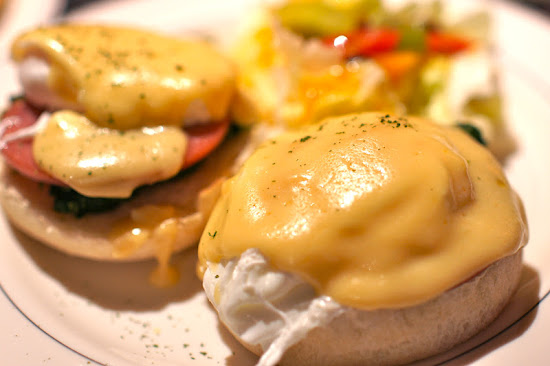 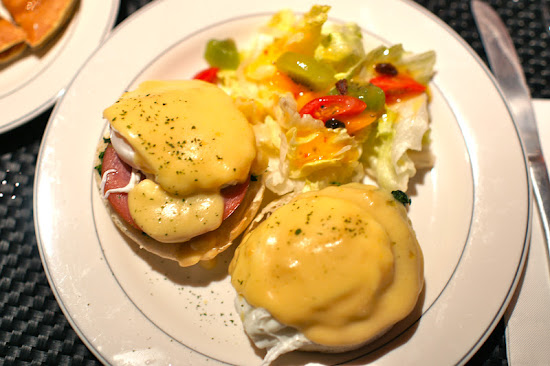 Generous amounts of spinach underneath to start the day with some greens. 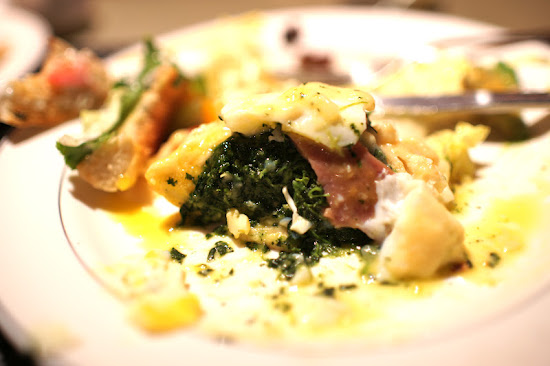 The Turkey mushroom omelette (NT$220 then, NT$280 now) is light and fluffy, with thin layers rolled into a long rectangle and topped with cheese. The hash browns are perfectly crispy. The first time I ate at M One, I loved their potato salad, but sadly they replaced it fruit on my visits afterwards. Maybe it was too much potato on one plate for some, but it was so good since it reminded me of the way my mom made potato salad when I was a kid. 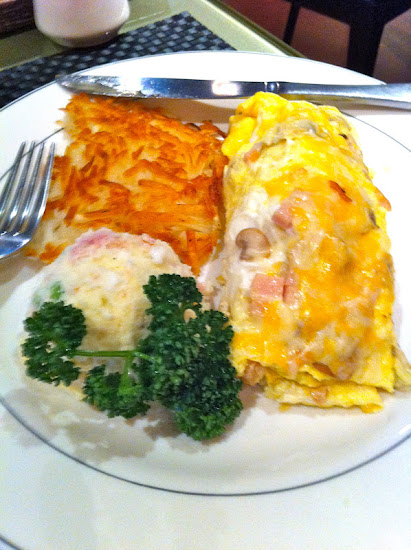 Not too thick, not too thin, the side of French toast is just right with the meal. I love it since I usually can't decide between eggs or french toast or pancakes, and this way you get the best of both worlds. 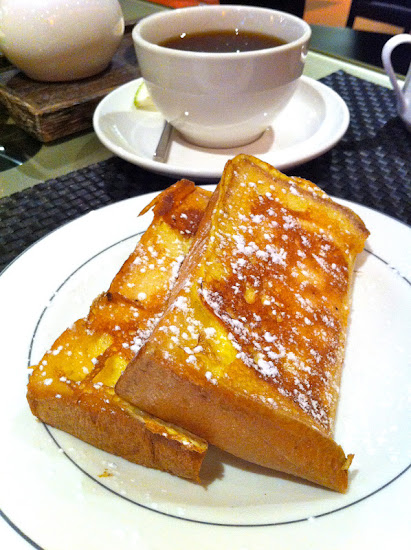 At lunch, be sure to order the burger as it was a surprisingly good burger. Cut in half to reveal the medium rare pinkness, the mushroom cheese burger (NT$260) had a good layer of toppings and great texture to the meat and wheaty bun. 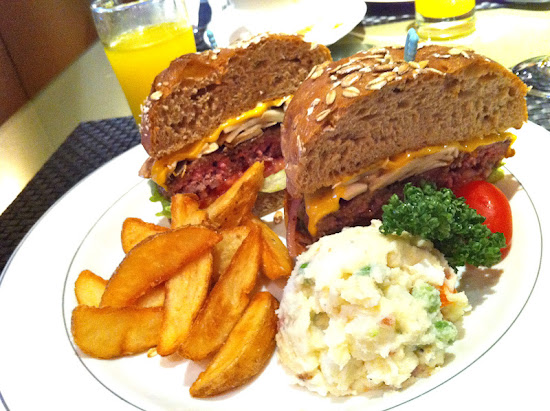 There's also toppings like blue cheese (for those craving Father's Office?), avocado bacon, and I spotted kimchi as a new topping on my most recent visit. 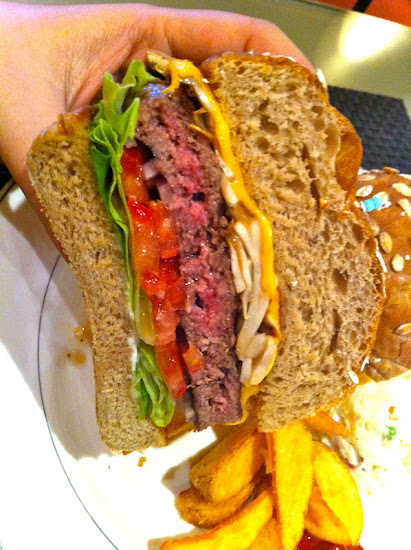 Wouldn't order the cheesy wedge fries again that my friend got, too heavy. 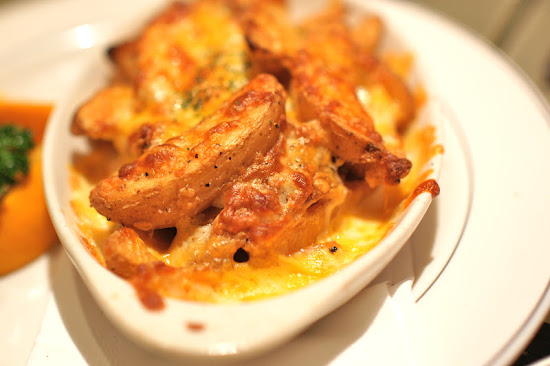 Revisited M One Cafe after a long absence, but thankfully it was still good. Thanks to @thethousandthgirl for joining me for breakfast. The sets start off with a mini orange juice and coffee or tea. 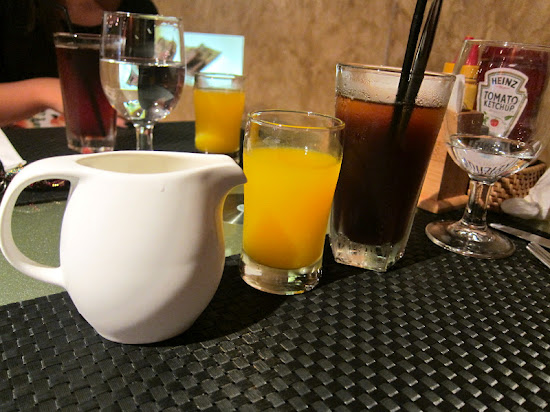 This time I opted for a side of pancakes, which were cute and mini and came with syrup. 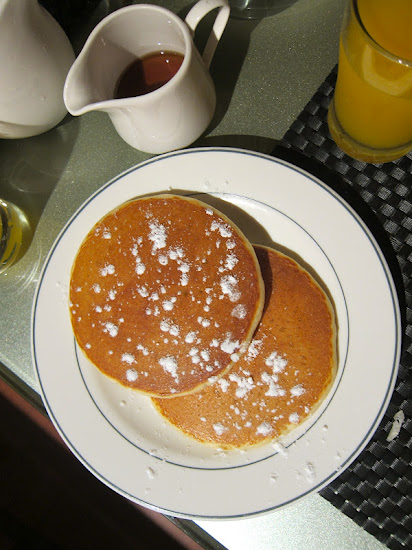 The turkey mushroom omelette (NT$280)  still had enough bite sized toppings inside though it was a bit bland this time, but the hash browns were still perfectly crispy. It's funny to see that I ordered the same thing as my past visit without even realizing it! LOL. 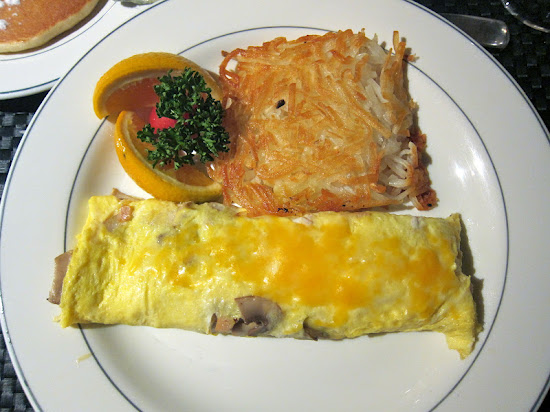 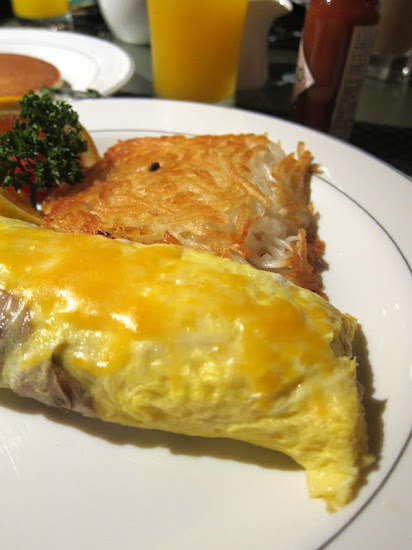 I split my plate with a friend and she gave me one of her spinach eggs benedict which tasted better than I remembered. It's all about the sauce and the runny poached egg once the fork cuts open the first bite. 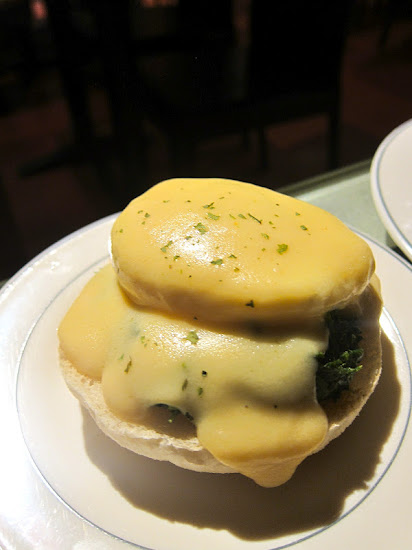 Tastes like food from back home and that's a good thing. Reservations recommended as the space is pretty tiny.

Went to M One for the burgers. It was not good. The patties are frozen and the quality of the meat is mediocre. The bread was rubbery and not enjoyable. Our burgers were 280TWD before the 10% automatic service charge. It was not worth the money. This was our 2nd time to M One and I would DEFINITELY not recommend this place.

I think that the M ONE place is GREAT for Breakfast.

A tiny bit pricey, but they are the only Western Breakfast Place open around 7am.

so, that's another alternative opinion.

Haven't tried the burgers, though.
so I'm not arguing that they might not be good.

Lol are you "strongly recommending" every food that you have eaten? Overpriced and mediocre food. Misleading blog

Anonymous- hi! Thanks for your comment. Actually I don't strongly recommend everything I eat, but I thought the majority of the food that I ate at M One when I went was great. I loved the spinach eggs benedict as well as the pancakes and the french toast. It doesn't mean that the food or chef or prices or service won't change from that snapshot in time, or that dishes that i didn't order would be equally good, but I encourage readers to share their opinions and experiences here too since it's impossible for me to eat everywhere all the time.

What did you order?

Went here recently as I was craving some fluffy western style pancakes.

Was sorely disappointed as the pancakes were the flakey corn-bready style I find everywhere in Taiwan.

Maybe these ingredients are just not available here but I was hoping for more due to the price...