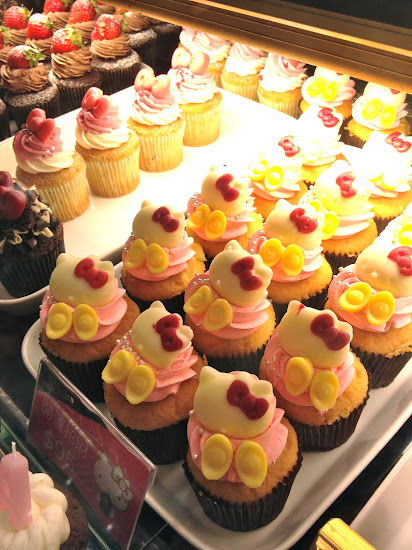 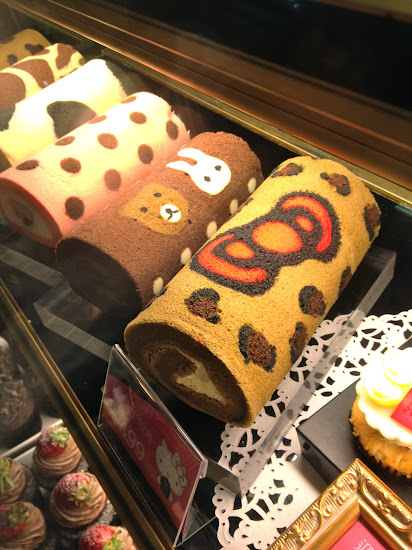 Hello Kitty kind of gets around. I've been seeing her face everywhere and on everything. Taipei (and the world) is obsessed with Hello Kitty. We used to spend money on Sanrio stationary and pens and bags, but now it's moved onto Hello Kitty hamburgers, cupcakes and honey toast.

You can spot her lovers posing for a picture in front of the homebase Hello Kitty restaurant- Hello Kitty Sweets- any given day of the week.  I often spy her at 7-11, making me buy stuff to collect trinkets or stamps or magnets or whatnot, and now strawberry stuff. Dazzling Cafe also has been featuring Hello Kitty honey toast and desserts the past few months for a limited time (until March 11th, I believe).

And now Cloudy Cupcakes has also been getting in the Sanrio action with the big red bow and some white chocolate candy faces. What is about the cuteness that makes us squeal and open our wallets? I didn't try them (since I've heard multiple meh reviews about their pricey little cupcakes), but I admit I was tempted. Don't know how long the cuteness will last at Cloudy, but had to share. 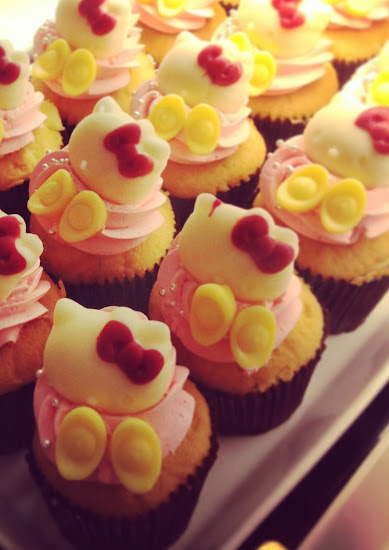