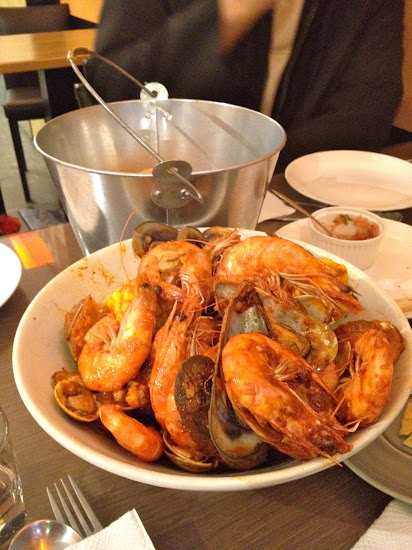 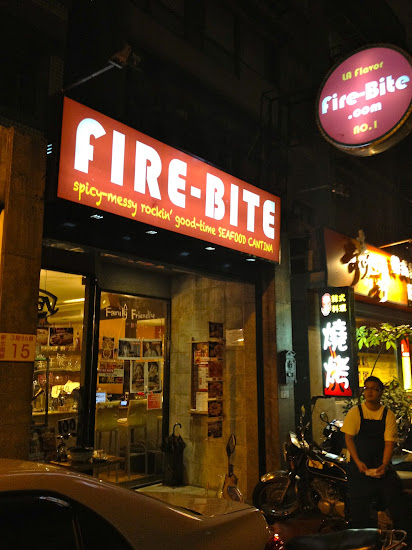 Cajun in Taipei? I always thought it was a concept that would be a hit in Taiwan, the land of seafood and spicy loving eaters, as long as the flavors and concept were right. I spotted and heard about a few restaurants that came and went before I got a chance to try them (Spicy Alley and  The Boiling Seafood in Urban 1 Mall), so when I heard about Fire-Bite from thethousandthgirl Stephanie (thanks Steph!), I was sure to be quick about it.

Like quite a few Western restaurants in Taipei, Fire-Bite expands its menu beyond what's unfamiliar to the Taipei locals in order to attract more business, so instead of just Cajun food, there's also Tex Mex appetizers like quesadillas, nachos, sliders and honey wings. I'm here for the main attraction, the "fire seafood" or your choice of shrimp, mussels, clams or all three tossed up in your level of fire spiciness. You can also add corn, sausages, or potatoes to the mix. 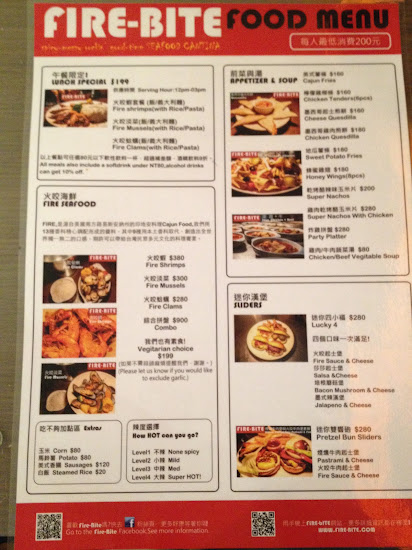 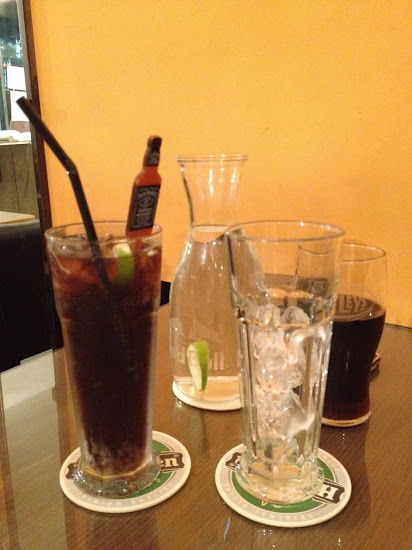 Along the walls are amusing photos of various customers (friends?) that look like they have tried something extremely spicy. 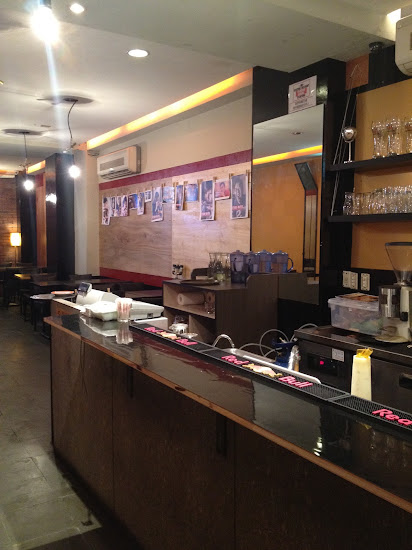 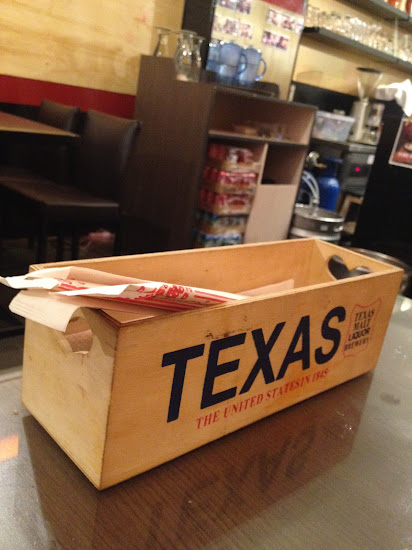 Quesadillas (NT$160) with some salsa. We actually ordered the chicken quesadillas, but got plain cheese. We were hungry so didn't bother sending it back. 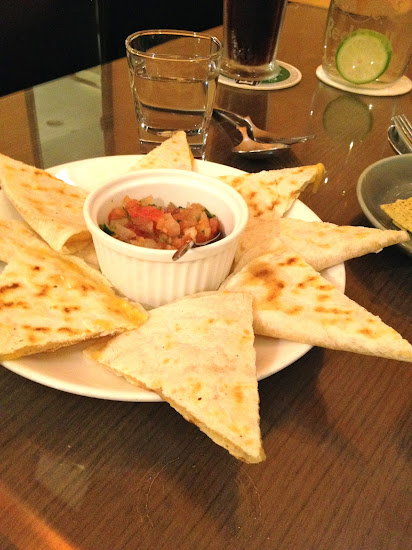 Now those of you who are Boiling Crab fans in LA will make the obvious comparisons as will I, as I heard about the popular chain for the past year and finally gave it a try a few months ago. Because the memory is relatively fresh, I will end up comparing this experience and taste to Boiling Crab.

Not too long after we order, our bucket of combo seafood in mild spiciness (NT$900) comes in a plastic bag to dump into the bowl and a big roll of paper napkins to use.  The cajun spices coat the seafood, but there isn't any extra liquid to dip in (unlike Boiling Crab). The mild flavor is quite spicy, with strong chili and paprika notes, but I miss the stronger lemon pepper and garlic butter mix that evened out the spiciness at Boiling Crab. For me, I think that would make it more finger licking and saucy. It would have been nice to have some fresh lemons or limes too. 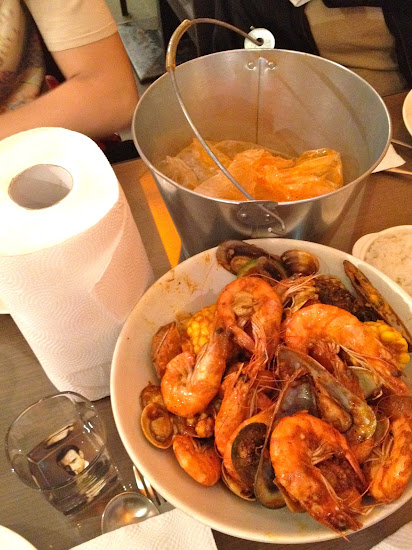 I liked the shrimp the best, though the sauce doesn't really permeate the shell, so a pool of extra liquid for them to sit in or to use to dip the shrimp in would have been nice. The clams are smaller than I expected and the mussels are a bit tough. If I ordered this again, I'd order only shrimp. For lunch, they have NT$199 plate specials that feature fire shrimp with rice or pasta that is quite affordable. 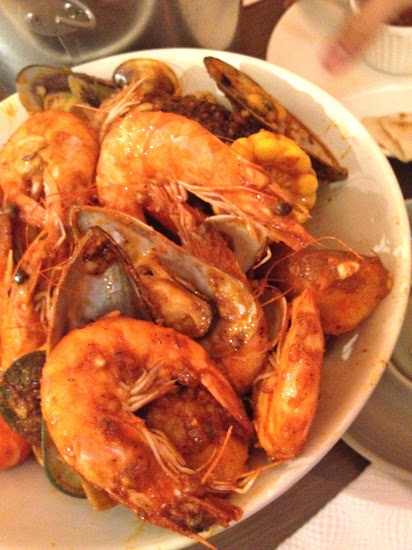 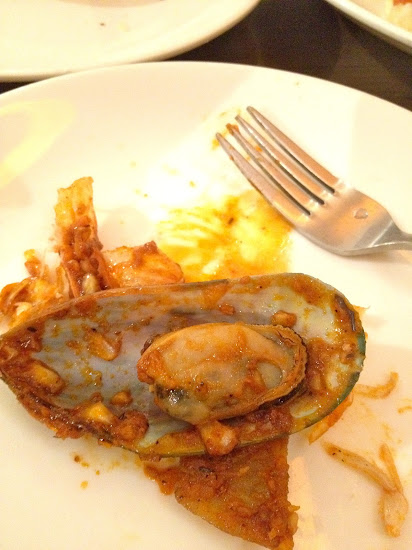 Of course it's important to note that with seafood places, turnover is important. If there isn't a lot of turnover, then you don't know how fresh the seafood is as it is definitely an expensive inventory. 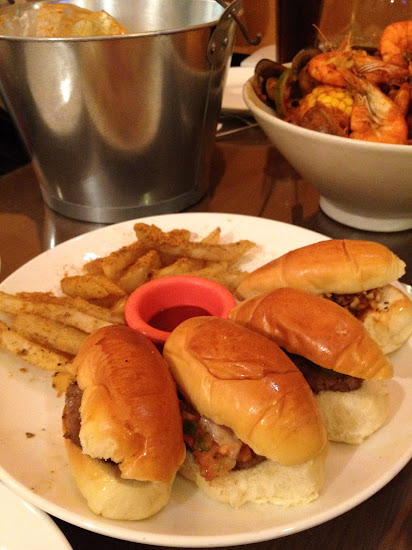 The honey wings were also good and provided a sweetness to soften some of the heat. 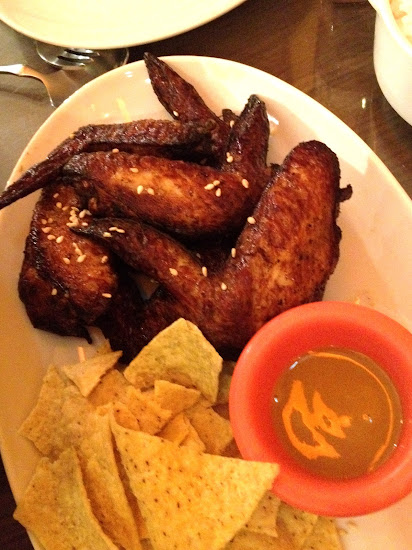 I wasn't crazy about the nachos (NT$200) as there wasn't enough cheese and the chips were a bit stale but made better by being toasted, but the guys at the table finished them. 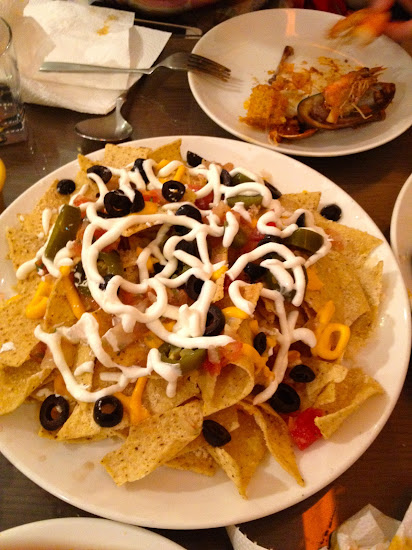 It's worth a try if you love seafood and spiciness, or you're looking for something different to try. It probably won't satiate picky Boiling Crab fans, but you gotta admit that it's pretty cool that there's something even close in Taipei. And afterwards, you can cool off with some shaved ice at Tai Yi Milk King that's right down the street.

definitely would love to see dirty rice in taipei!

i'd totally go there just for a spicy fix!

Are there any other cajun places in Taipei?! If so, please review more. I miss my cajun food (especially gumbo and crawfish)

baby madison: you should try it and tell them to make dirty rice!

anonymous: there used to be, but not anymore... let me know if you find gumbo in taipei!!

Hey Hungry Girl. This place is closed. I went there upon seeing your post. No biggie though.

anonymous- thanks for the heads up! i updated the post.

anonymous: try NOLA Kitchen for gumbo.. Bakery 49 also has it, but it's not as good as it used to be