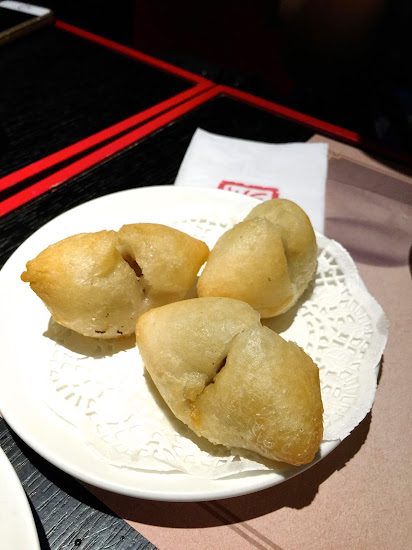 Kid friendliness: restaurant is on second floor with lots of stairs, though upstairs roomy with room for large parties 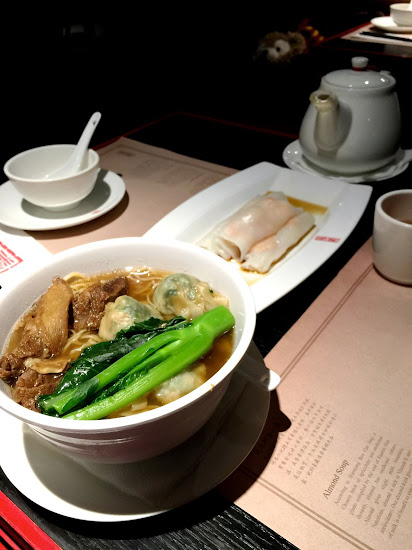 I haven't been to Sweet Dynasty in years, and I've always gone with people from out of town, so this was the first time I've been since they moved to their new location near Luxy and Starbucks on ZhongXiao, at the former Shin Yeh Table location. It's definitely amusing reading my old review in 2005 and seeing how much I've improved at taking photos (and how much better our cameras/iphones/easy photo editing tools are now)! I used to just say whatever I wanted, not worrying about the readers or the haters and letting my thoughts just flow. So being a new year, I hope to be able to do the same in 2015- not overthink things, share photos and places sooner than later and hopefully still help you guys find some good places to eat in Taipei. 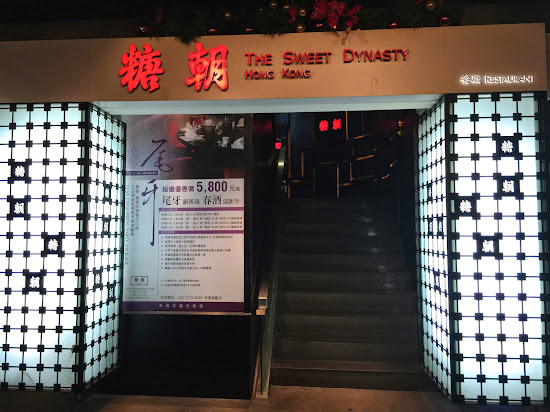 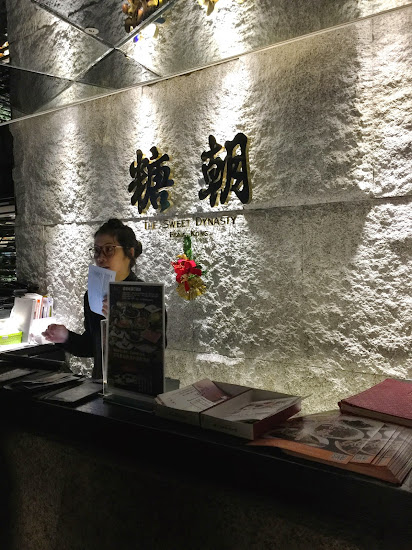 Sweet Dynasty is a Cantonese restaurant known for its desserts and dim sum and its new digs are roomier, more stylish and perfect for a night of modern Chinese dining. If you have room and enough people, order the soy tofu in the bucket that you can scoop out yourself. Unfortunately, we didn't have room that night for it, so I don't have pictures of it, but maybe another night. 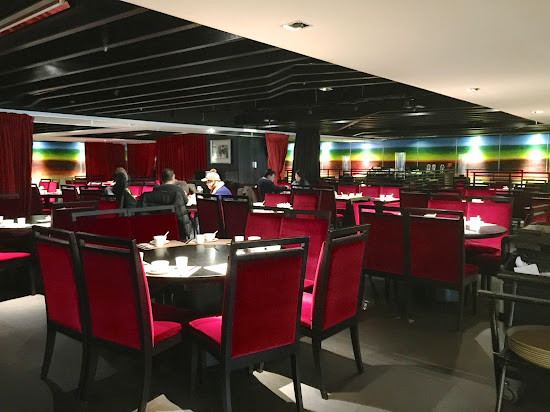 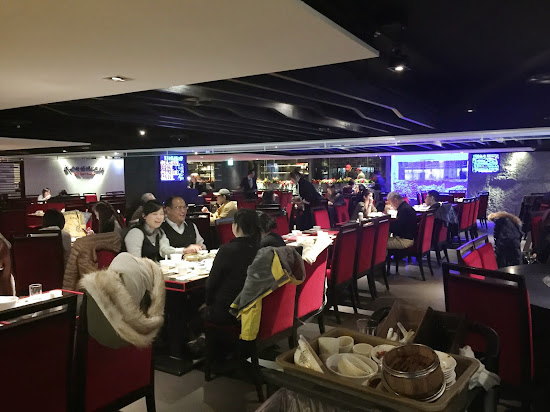 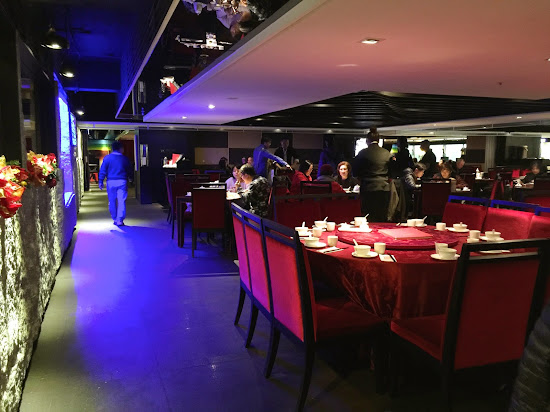 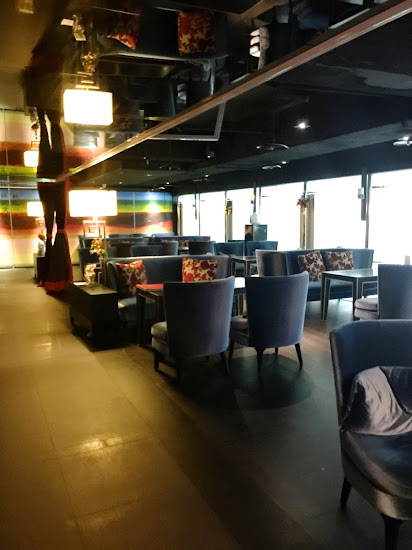 The menu is thick with pages of noodles, congee, dim sum, seafood, rice and stir-fried family style dishes, but if you only have two people like we did that night, you can still find some options. Large photos highlight popular menu items and the menu is in both English and Chinese. 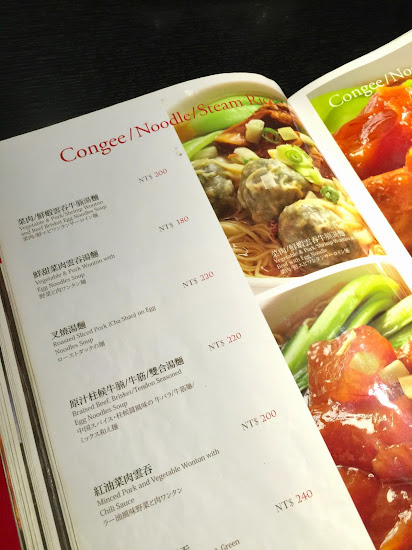 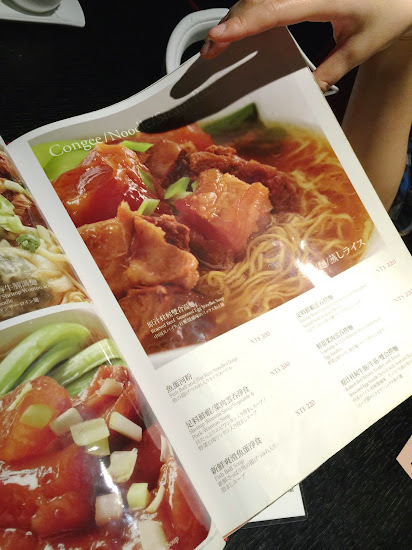 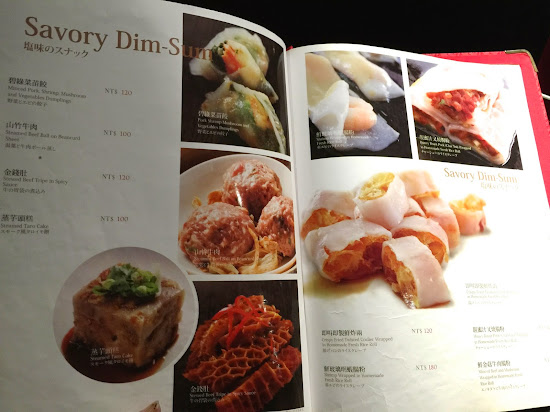 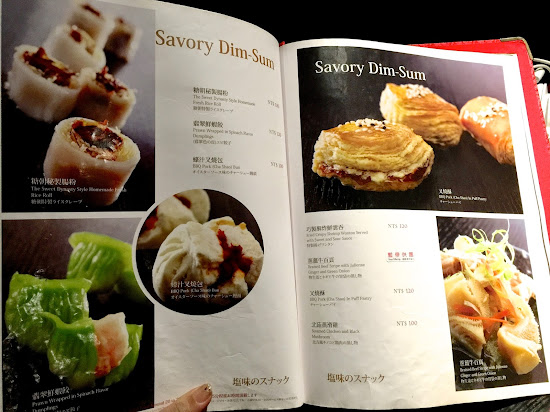 The wonton & beef brisket noodle soup (NT$200) comes with four rotund pork and vegetable wontons, beef brisket and egg noodles- perfect if you want to have a taste of both wontons and beef, though remember that the noodles and broth are Cantonese style and not Taiwanese beef noodle soup style. Pretty decent sized bowl and amount of wontons and noodles and we finished the bowl. 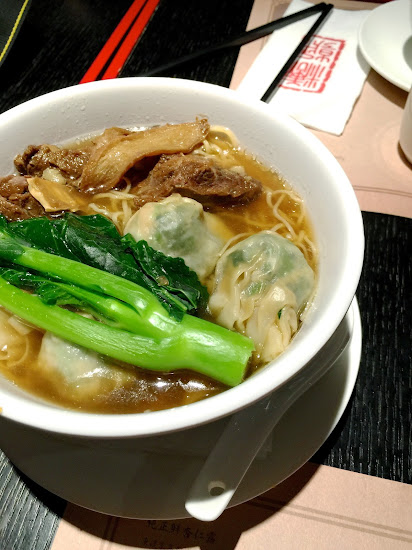 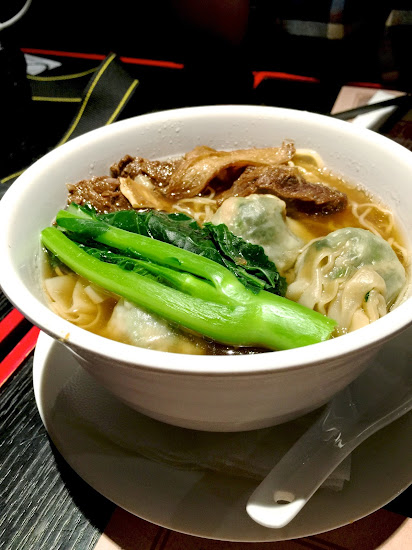 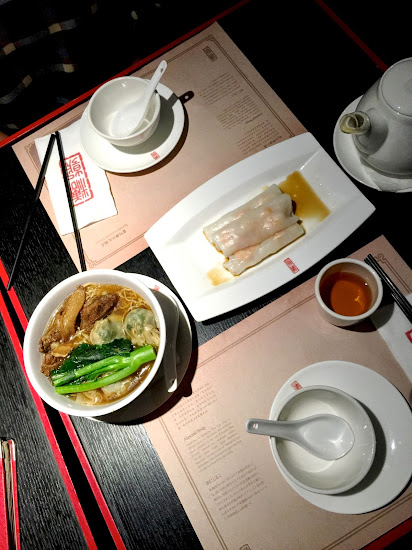 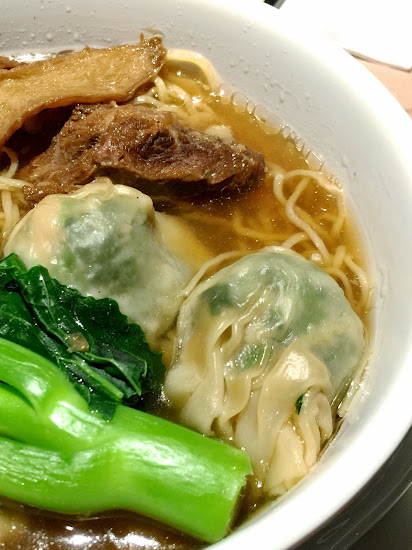 The shrimp rice noodle (NT$180) came at the same time as the noodle soup and I was slightly surprised to see that it wasn't drowned in sauce. 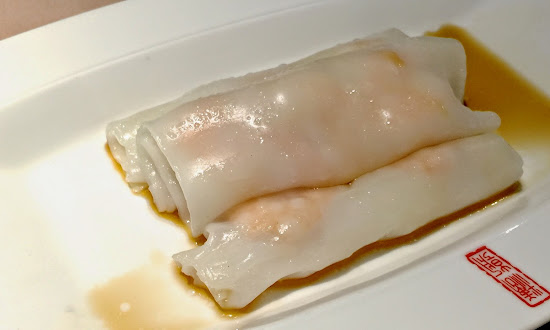 I always have to order the xian shui jiao or deep fried crispy glutinous rice shrimp dumpling (NT$100) when I see it on the menu, and I'm glad I did. Perfect crisp on the outside, sticky and sweet on the inside of the shell and plenty of filling on the inside. So good, but so bad for you. 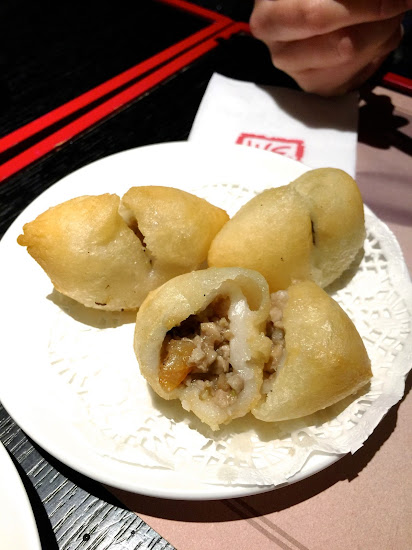 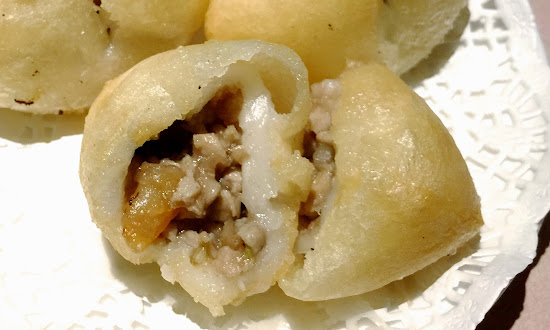 I pretty much forgot that the truffle shu mai was coming as it came much much later after we had finished our food. We were pretty much ready for the bill when it finally came. 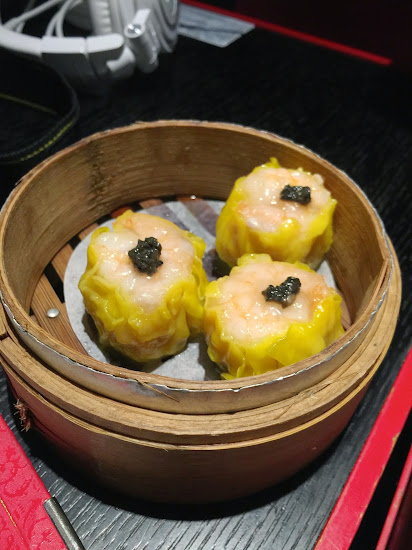 And it wasn't until we had left the restaurant that I realized we didn't even get the matcha dessert that Clarissa had ordered. It's too bad since I did want to try it, but I was pretty full by the time the shu mai came, so it ended up not being a big deal to us. Trip Advisor has overwhelmingly negative reviews for Sweet Dynasty, but besides the ordering issue, the service was fine for me that night.

With the opening of two Taipei branches of Michelin starred Tim Ho Wan (review coming soon!), all the dim sum joints in Taipei have some fierce competition and should step up their game. But not everyone wants to wait one hour plus for food, so if you're looking for a chill place for some noodle soup and dim sum in the East District (Dong Qu) then you could give Sweet Dynasty a try (even at 4AM since they are open 24 hours, and then you can wander over to 24 hour Eslite bookstore down the street). Thanks Clarissa for dinner and conversation- it's always great to meet other food lovers/writers and I look forward to following your adventures this year.

Joann,
Great place and 24 hours is what I would head to at any hour of the day. Funny you took picture of buspan with dishes in it. I had an experience in San Jose, CA Chinese Buffet Restaurant. Workers standing behide my sister chair were making funny faces like rock monkeys. Teasing her at the back.
Guese they were bore.

This place used to be so much better until they moved and went upmarket...