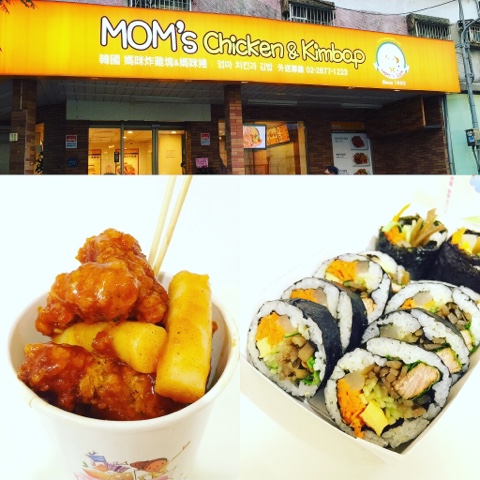 This location closed when I went 8/2016. I think they may have moved to Ximen

MRT: Zhishan (but looks like 30 min walk from there)

Kid friendliness: kids can eat the non-saucy fried chicken or popcorn chicken. The kimbap is a good way to them to eat veggies 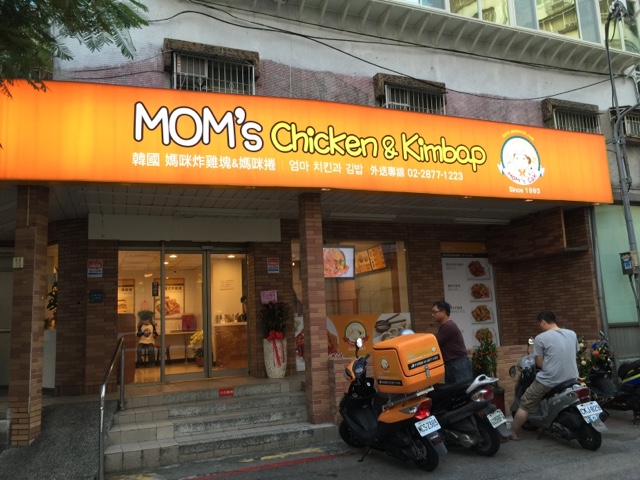 Opened a few weeks ago in Tianmu, Mom's Chicken and Kimbap focuses on  Korean fried chicken and kimbap aka Korean sushi, made by a few Korean moms using their moms' recipes, or so I heard from my friend who told me her friend opened it. 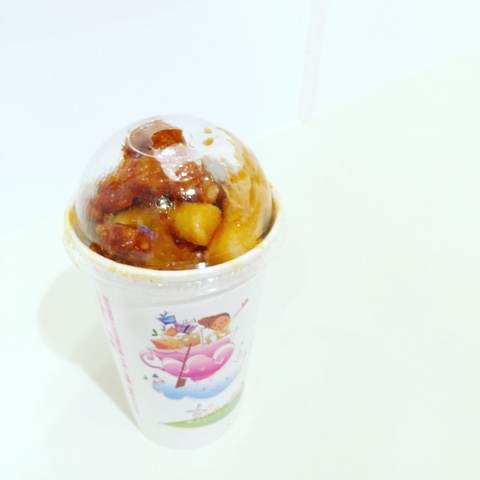 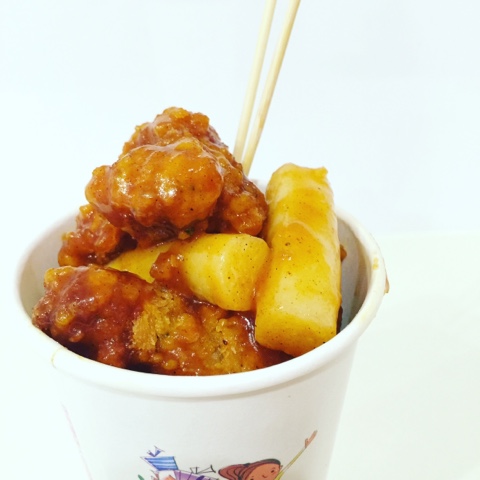 Go for the addictive, saucy Korean fried popcorn chicken, Mom's Chicken Pop (NT$109) which comes in a convenient cup and lid to eat on the go. The owners say the sticky sweet sauce isn't spicy, and though it's more sweet than spicy, I think it does still have a kick to it. Korean fried chicken reminds me of orange chicken, but a fired up version. For those who are more sensitive, you can try the non-saucy version. Either way, the fried batter, the crunch, the juicy morsel of meat inside, it all works. If you've never had Korean fried chicken, it's fried twice so that it is irresistibly crispy and the batter doesn't fall apart from the meat and isn't too bready.

Mom's Korean Chicken regular packages are family packs of wings and legs for NT$599-639 with fries and onion rings, or NT$399-439 for just the Korean fried chicken. I like the boneless popcorn chicken since I can eat it right away on the go, and don't have to get my hands dirty. The two bites of rice cake are also just enough to satisfy, but not feel overly heavy. 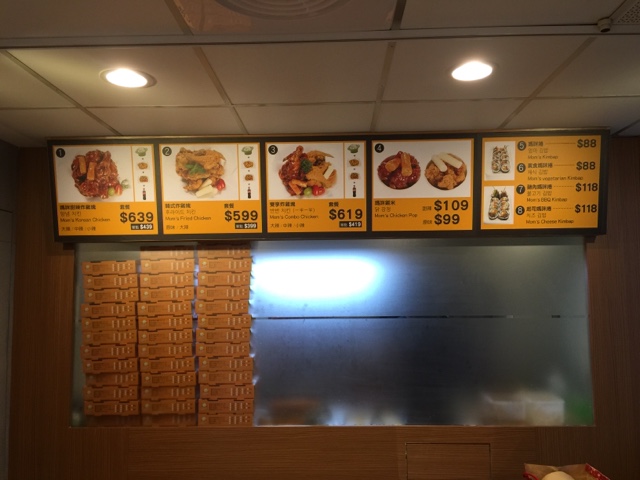 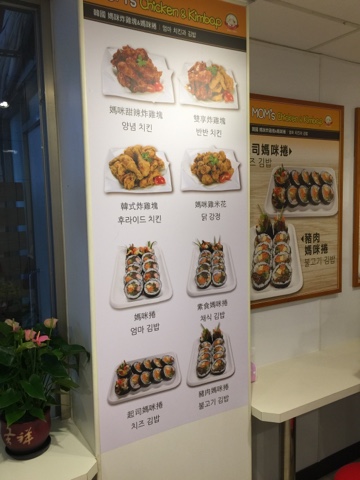 Mom's BBQ kimbap (NT$118) wasn't what I thought it would be and the pork inside was dry. I wish they offered bulgogi kimbap, which I first tried at my friend's house. My friend's homemade kimbap is tastier. Otherwise, kimbap is not a bad way to get your veggies on the go, with carrots, cucumbers, pickled radish, egg inside. 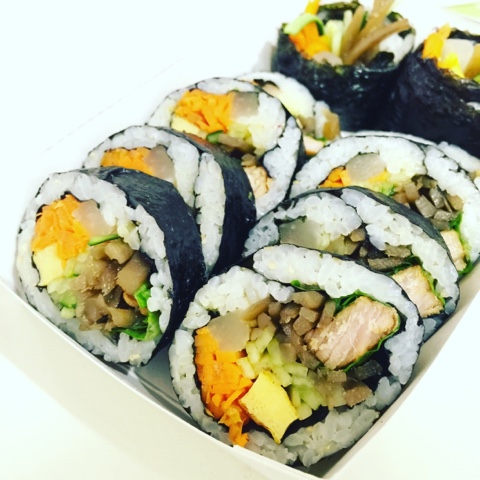 Mom's Chicken and Kimbap is in the alley right in front of McDonald's near the Tianmu circle for those of you in the neighborhood. Once you're in front of that alley, you will spot the bright orange sign. I love the name and the eye catching sign- it's quite clear what they are selling. Tiny space inside, only few spots for eating inside. Mostly for to-go orders. Owners spoke Chinese, Korean and English. Everything is made to order, and expect to wait at least 10 minutes or more for your order. They also have a stamp card, so make sure you get that.  I've been twice in one week which doesn't happen often, so I strongly recommend their #4 Mom's Chicken Pop, will have to try their Mom's Korean Chicken soon. I would give the whole shop a strongly recommend, but wavered because of the kimbap. I know there quite a few Korean fried chicken places in Taipei, especially after the popularity of You Who Came From the Stars, but most of them are sit down chicken and beer spots (Oppa, Chimac, Chicken in Bok and Beer, Ovenmaru, Palgoo Beer Chicken) and sometimes hard to get a table. This is easier to order and go, and now I'm addicted. 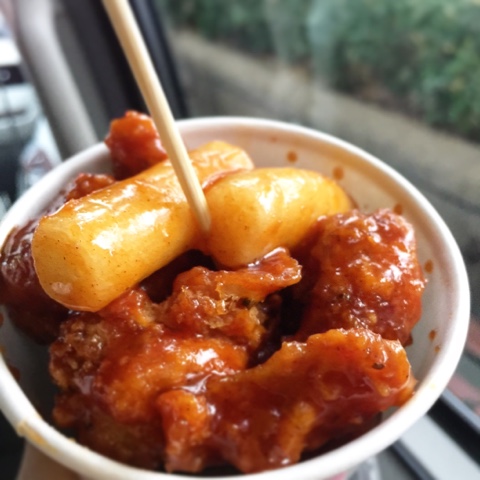 This place looks so good !! The quality of your photos are amazing. I want to eat some chicken and kimbap right now !!!