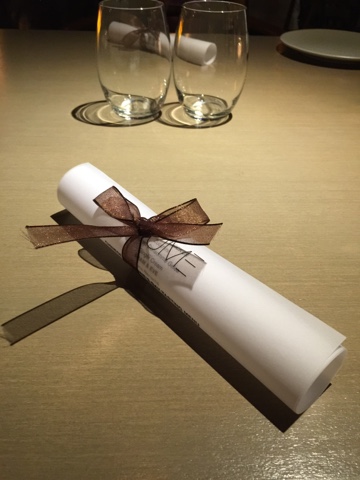 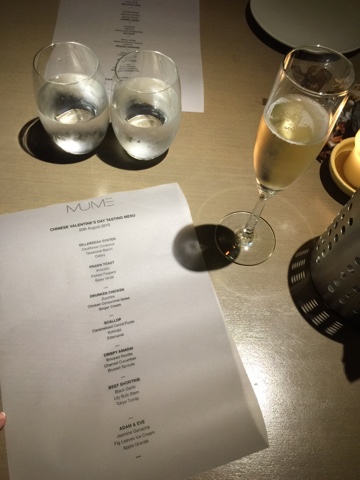 Seeing that I am playing a never ending game of catch up on my blog, I'm going to work backwards with Mume. By the time I've posted this, Mume already has a bevy of new menu items to drool over and try, but I still would like to post the previous meals to compare and contrast. For those of you who haven't heard of Mume yet, it's a "modern European restaurant" for casual fine dining, founded by Hong Kong born chef Richie Lin, Australian chef Kai Ward and Asian American chef Long Xiong, opened almost a year ago in December 2014. They bring to Taipei their experiences from Noma in Denmark, Per Se in New York and Quay in Sydney, and sometimes their colleagues, such as when they let Per Se's Chef Frederico Ribeiro take over the kitchen and do essentially a pop up menu of collaborative creations.

I luckily got some last minute seats at Mume for Chinese Valentine's Day back in August (yes, that's a thing), and you can't have a Valentines day without a "special menu" (translation- more expensive than usual. Half joking!). It's kind of cool that each of my visits has been quite different- my first visit was in the first few opening months when they still did a set menu (memorably with duck hearts and beets). My second visit was when they first started doing their a la carte menu. My third visit was during Per Se's Chef Frederico's take over, and now hearts and champagne and delicious oysters and shrimp brains and chocolate cookies. 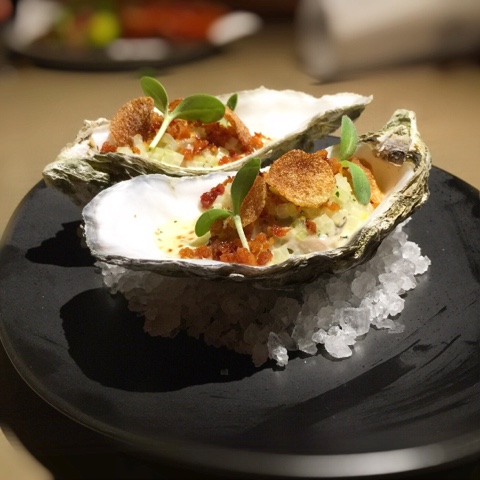 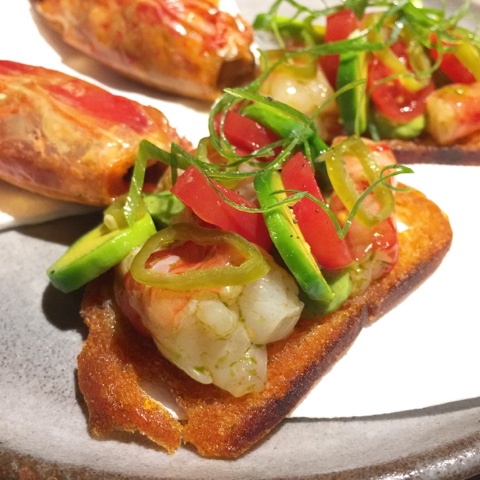 I liked this a lot, but wished the toast was more like toasted bread rather than a crouton (if I had to nitpick that would be one of the only things I could say about the meal). Despite the description it wasn't spicy at all so you could taste the sweetness of the prawn. Got a sneak peek at the baby seedless Taiwan avocado which was long like an small eggplant, but cut into miniature circular slices, perfect for finger food. It was creamy and not stringy like typical Taiwan avocados and so it made for a perfect pairing. So fascinating! Will have to look for it at the market Chefs Richie Lin and Kai Ward found it. Served with the prawn heads so we ate the shrimp brains. 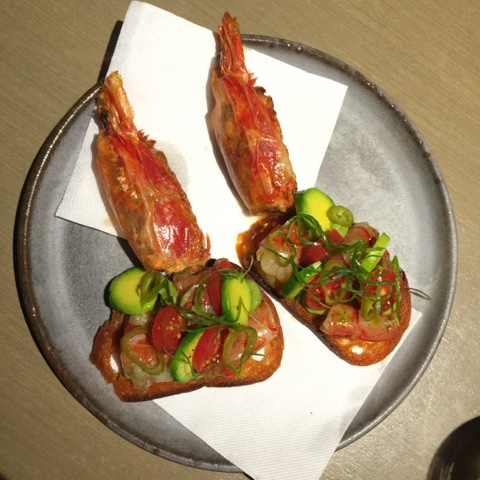 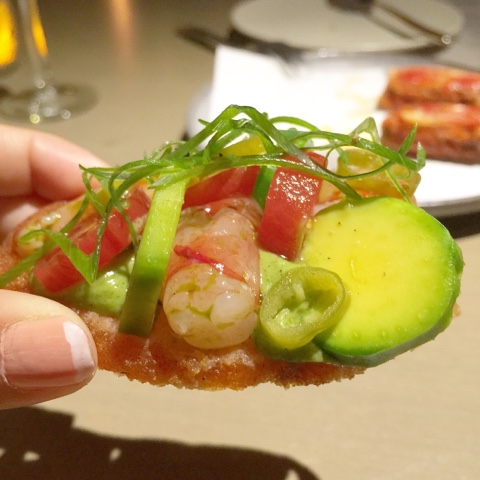 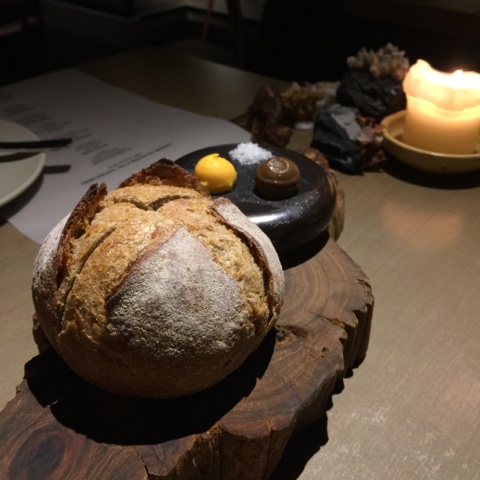 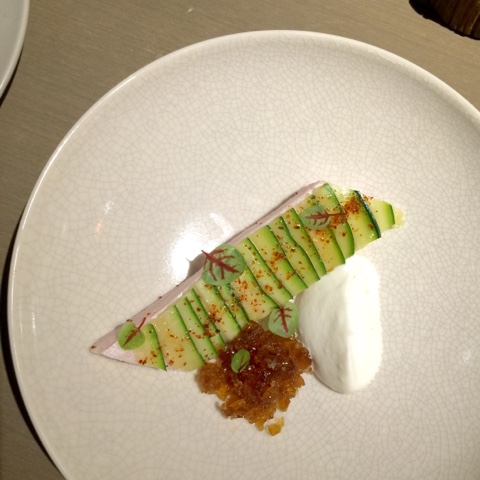 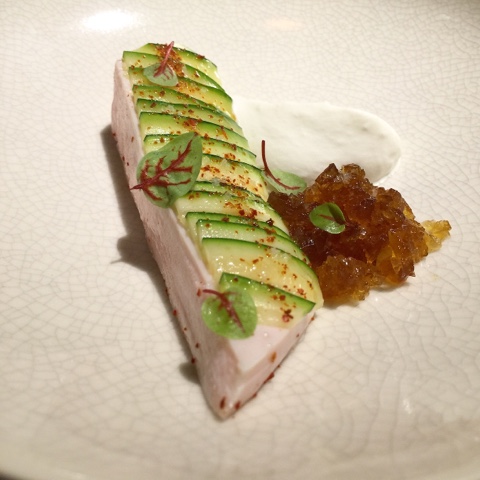 Loved this next dish, could have licked the bowl clean. Instead used my last bite of seared scallop to mop up all the sweet caramelized carrot purée underneath. With crispy kale, crunchy watermelonradish and edamame 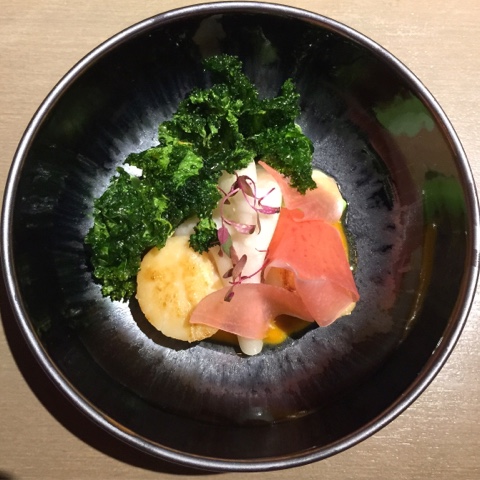 Hard to pick a favorite dish of the night but might have been this one- crispy amadai / charred cucumber and brussel sprouts / smoked ricotta. Wanted more of everything, especially the brussel sprouts. This version was for last night's special set menu, but thankfully they have amadai on their regular a la carte menu. 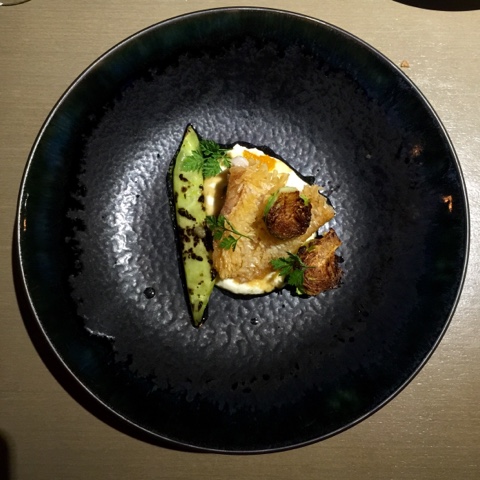 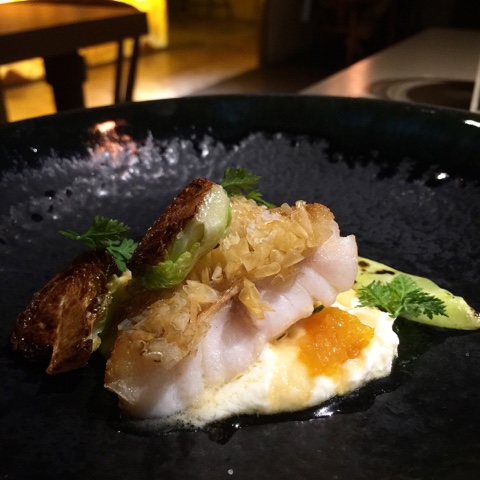 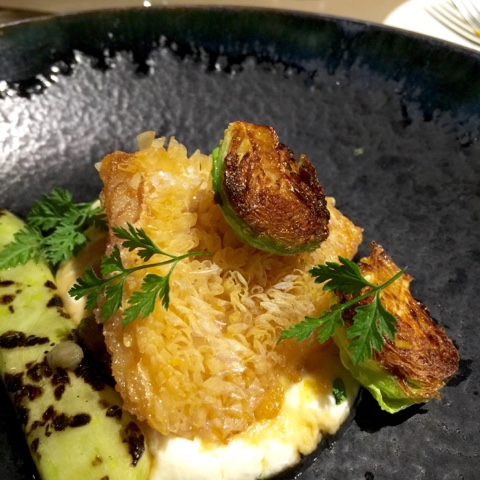 I've had variations of this short rib before and the sauce was a bit oily for me for the already marbled short rib. I liked the black garlic sauce though that had a smoky sweetness. 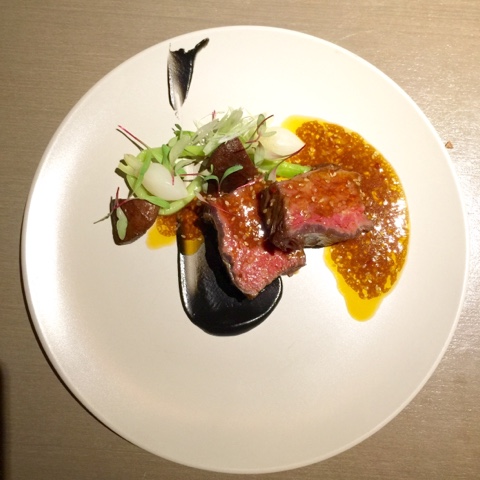 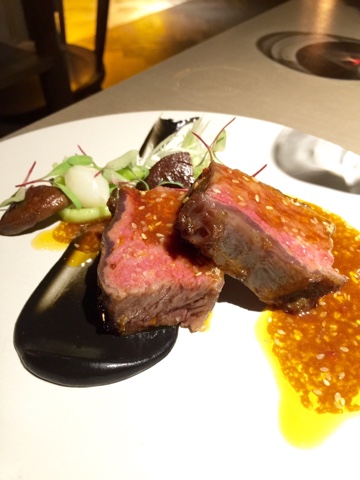 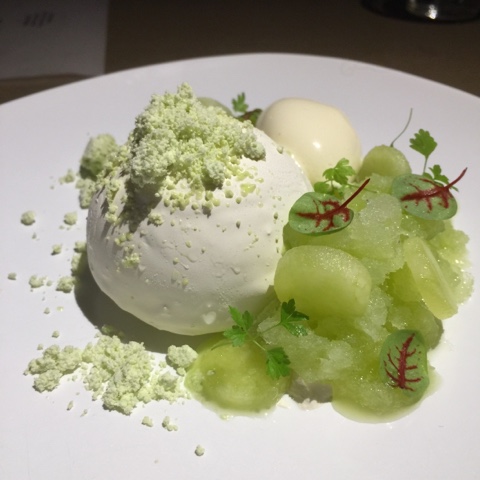 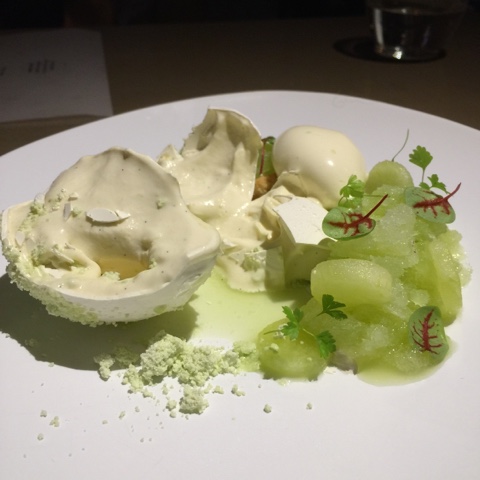 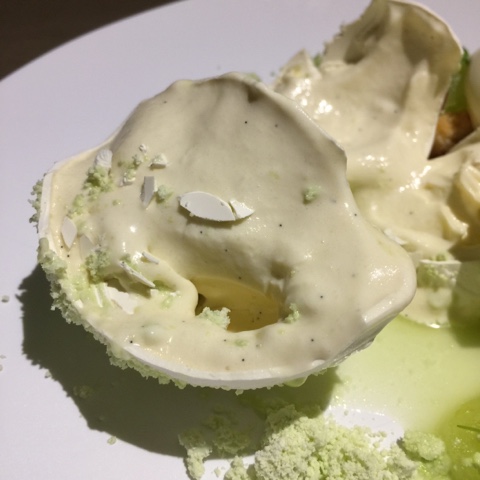 Ended the amazing dinner with brownie like warm triple chocolate freshly baked cookies. The perfect ending to an awesome dinner. 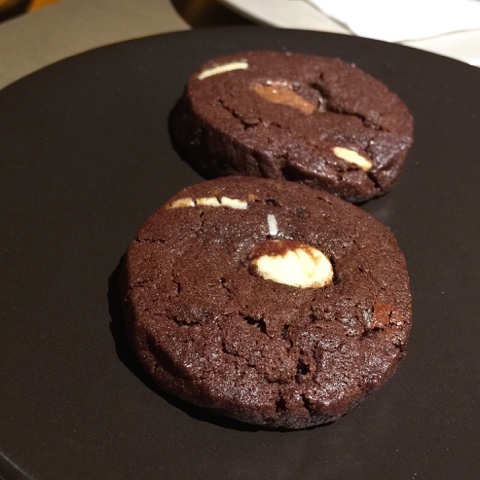 This was my fourth visit to Mume and definitely not my last. Mume is a worthy replacement for the space on Siwei Road which previously housed one of my favorite restaurants Abu, who was doing French techniques with local ingredients before the craze of RAW and Mume. Mume's dining area is not large, so if you have a bigger group you might have to sit in the private room in the basement or make early arrangements. They are also only open for dinner, so sometimes it can be hard to get reservations.

I often get asked, where should I go RAW vs. Mume? And the answer is, Taipei is lucky to have both and you should go to whichever one you can get seats at. I like going to places that are under the radar and while RAW got a lot of the attention early on, Mume has been building equal footing. I think being able to order dishes ala carte and sharing them with friends helps since you are able to try more dishes, while RAW has been continually a set menu. Mume's menu isn't overwhelming long, so with a few friends (or one hungry one) you could potentially try everything on the menu. Mume's desserts are also consistently wayyy better than RAW's. RAW is notoriously difficult to get reservations for, but their menu lasts a few months before changing to the next one.

Mume was recently voted as one of the top 101 restaurants in Asia by dailymeal.com panelists (including me), but as with any review, you should try the restaurants for yourselves to see if it's your thing. And with a wave of new restaurants like Achoi, Savor, Ephernite, and Roots Creative, doing modern casual fine dining and "bistronomy" in Taipei (and Le Mout in Taichung), you don't have to choose between just RAW and Mume for your gastronomic dinner date. Pretty soon, I'm thinking Taipei might have some Michelin stars of its own.

I've noticed you don't seem to include a price indicator anymore. That's disappointing, I'd like to have an idea of the price range of a restaurant before going out of my way to go there. Anyway way you'd consider including that again?

@magda- thanks for your comment. i do often still include the price. since this was a special event meal, the price is different than their usual menu. i believe this set was around NT$2800 per person. you can always call the restaurant to ask the price too, if i don't include it. i'll be writing up Mume's regular menu soon.