(Can I just say how much I LOVE my new camera?? It's a Canon Digital Ixus 800 and only a few days old and I've taken so many food close up photos already. Hope you enjoy the new and improved photos.) 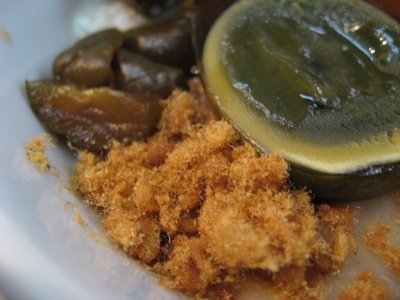 The buffet at the Hyatt doesn't come cheap at NT$650/person, but it does offer a large array of both western and eastern style breakfast and brunch. From scrambled eggs, omelettes and eggs made to order and sausage/bacon/ham to dim sum and congee/porridge with all the sides such as pickles, thousand year old egg, dried pork, mushrooms, peanuts, and more to lots of doughnuts, pastries bread and made-to-order pancakes, french toast or waffles station with honeycomb honey- you shouldn't leave hungry. 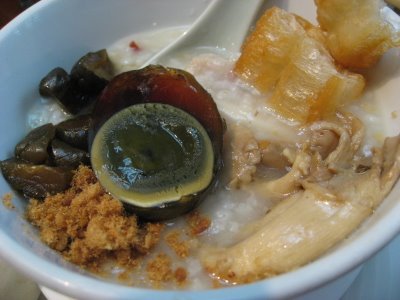 I started out with the bowl of porridge- they have plain or the one with spareribs and bamboo. After getting all the sides and tasting it, I had wished I just got the plain one. Either the bamboo or the meat made it taste a bit sour, and I just found something off about the flavor overall. 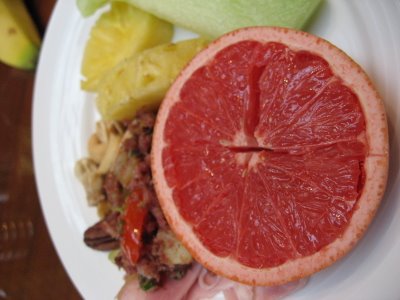 Next I had some corned beef hash and fruit. The fruit was very fresh and naturally sweet, unlike the overly sugared fruit from Pearl Liang in the Hyatt on the 2nd floor. 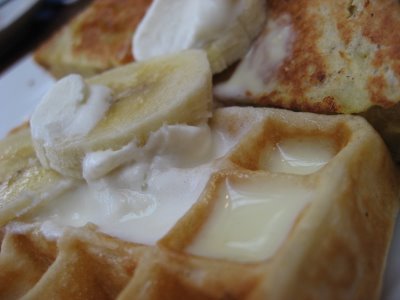 While the waffles weren't as crispy as I'd have liked, I was happy to have found the station since it was hidden away near the front of the entrance, sort of disjointed from the rest of the buffet area, which has a natural flow. I could have even left without eating anything from it, but I asked my mom where she got all the pastries from. When I found it, I was so excited- you could choose to have freshly made waffles, pancakes or french toast, with honey from a honeycomb or various syrups and toppings including whipped cream or chocolate sauce. I tried a little of both the french toast and the waffles and added my own bananas. 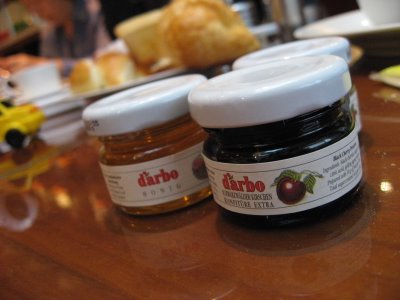 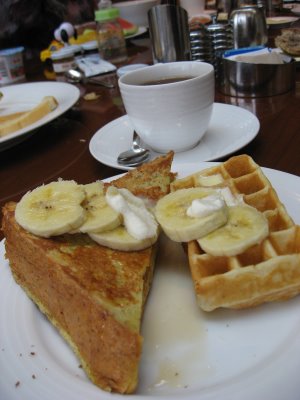 For a hotel buffet, it's got a lot to offer. But the wide variety of selections of Chinese and American brunch options doesn't come cheap. At hotel prices similar to Vegas all you can eateries at over NT$600 (or US$18), you'd either have to be very hungry or looking for the convienence and ambience. 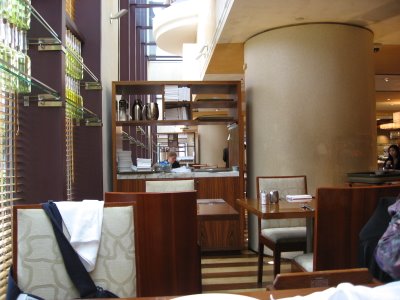 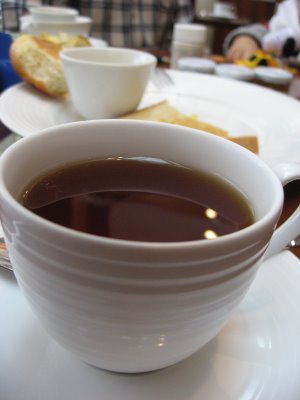 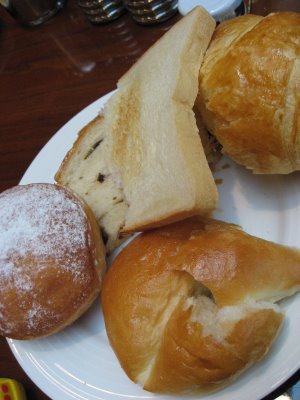 When I travel to Taipei, I typically stay at the Westin and though their buffet doesn't appear as varied as the Hyatt, it has a decent selection. I think the price for brunch/breakfast is comparable to the Hyatt at around NT600 per head.

chubbypanda: ah so long ago.. i'm sure you have a new camera now, right?

sunny: i want to go to Bali!

caffienenicotine: i used to stay at the Westin when I used to travel here for business. I love their Heavenly beds and I remember their breakfast buffet being pretty good

Anyone wanting a sweet but simple homestay in India (Himalayan foothills in the North, is welcome to my home! contact Lady Saba on : cottage23@rediffmail.com

The best place to stay in Taipei is YMCA, close to downtown, and the main station. - Lady Saba