hungryintaipei October/November restaurant round up 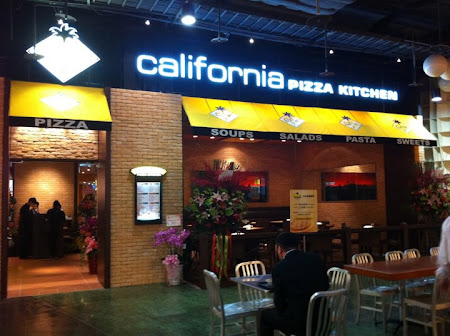 -California Pizza Kitchen finally opened up in Taipei! At Vieshow Xinyi foodcourt area. Soft opening in November through their official opening mid-December. Curious to see how much of the menu they'll bring over.
-Sadly, Burger Stop closed last week after one and half years of great burgers and shakes.
-Macho Tacos opened a second, roomier location in Shida
-Raw Sushi, near Marquee, closed and being replaced by Uptown Kitchen and Bar which looked like it was opening late November
-French bakery Lalos opened in the 101 Food Court and Michelin starred chef STAY on the 4th floor of 101
-Many restaurants opened up at ATT4Fun including the Diner, Coffee Alley, Whiple House, Ramadan Thai, Bangkok Jam, as well as other Chines, Japanese and Korean restaurants
-Looking for something more unusual? Opened in the last few months- Bollywood Pizza, featuring Indian sauces on pizza, or Tajin Moroccan near Tonghua night market
-Happy 1st anniversary to Wendel's DaAn Branch and DN Innovacion, both celebrating their one year anniversary
-Found out that Lugar Home Bread Bar still has one location open
-Spotted closed Burgerhood and closed Mary's Hamburger, DaAn branch
-Small cooking studio opened a few months ago in Bellavita food court. Classes available only in Chinese but varied cuisines
-Dean and Deluca at Breeze Center closed a few months ago, in its place, Trine and Zen, kept the deli counter and coffee shop space with local goods taking up more space.
-And weirdly also at Breeze, the Romankan Yokohama tonkatsu sandwich place also morphed into a different tonkatsu sandwich name. Same stuff, same location, different signage and name.

Any other restaurant info? Share and post it in the comments below!
Posted by joanh at 12:38 PM

california pizza kitchen!!! YAHOO!! unbelievable! excuse my ignorance, but what exactly is a soft opening? does it mean it's not open to the general public or they just aren't doing much advertising until the official grand opening? thanks so much for this info. as always, love your blog.

A soft opening means it's open but they aren't advertising it. they are also just getting everyone trained and ready for the 'grand opening'.

I emailed you about the new Sushi place in ShiDa (NCIS sushi) I went and tried, he's still expanding his menu (new spot sorting out kinks) but everything I've tried so far was yummy... and not as expensive as New York Sushi (don't know if you ever tried it.. it was great but shut down)

wow! you've been busy. i love the idea of your round up - i may need to borrow it to catch up on by backlog...

beth: thanks so much! did you get to try it?

madga: thanks for ansering!! i heard about NCIS! have yet to try it.. didn't try NY Sushi either...

eatwell_behappy: thanks!! i haven't had a chance to do it recently, i should get back to it!