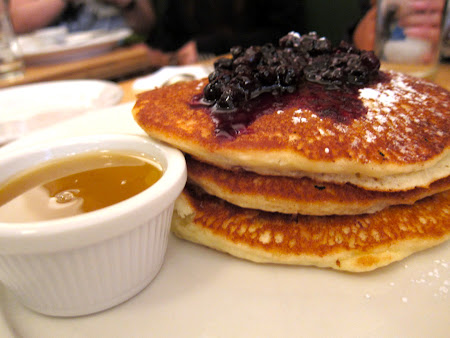 Need to do NYC in a hurry? This is one afternoon of eats that my sister and I accomplished only because my dad drove us around in a Budget rental and parked on the side streets, waiting us to eat and go. Thanks Dad! 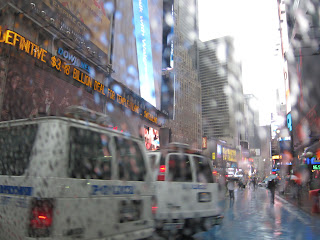 Originally I was supposed to have 10 days in NY this past September, with plenty of time to be touristy around our cousin's NJ wedding, but thanks to Hurricane Irene and the laborious flight rebooking process, our trip was cut in half and I didn't have much time in the city. Bummers. Didn't even get to see my friends that I had promised to visit when I "ever made it to NYC."
-CLINTON ST. BAKING COMPANY 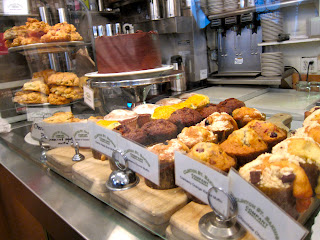 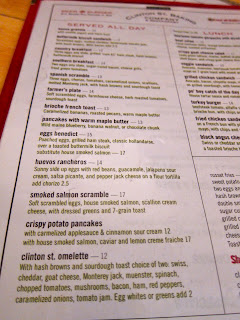 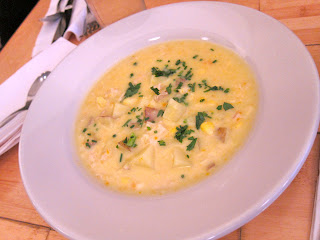 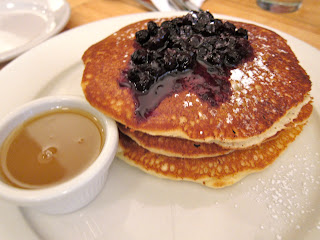 A cozy cafe that offers up all day brunch worth waiting half an hour for (and paying US$13 for!), the thing to order are the blueberry pancakes. Fluffy yet with crispy edges, the pancakes are served with a decadent warm maple butter that you'll be trying to emulate at home. How do they do it? It was so good, almost every other table was wielding a camera taking shots. The chunky corn and potato chowder ($7) was a nice way to warm up.
-LUKE's LOBSTER 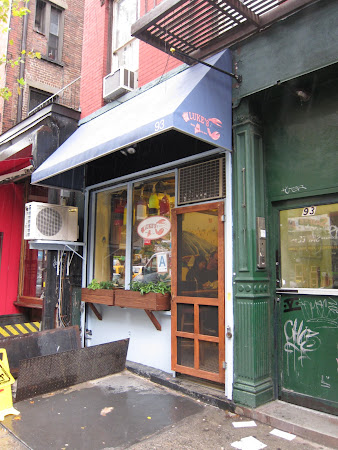 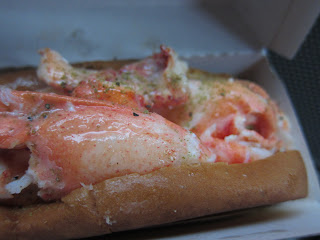 One of the things that was recommended to me that I really wanted to try was Luke's Lobster's lobster rolls. And if I hadn't had Lobstatruck's roll in LA first, then I probably would have been in love. Instead I preferred Lobstatruck's warm toasted bun (opposed to Luke's cold bun), but the sweet fresh lobster in both were to be savored.
-BIG GAY ICE CREAM SHOP 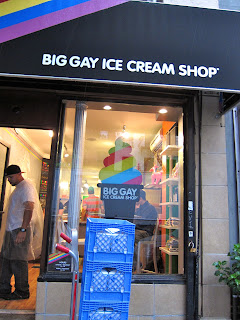 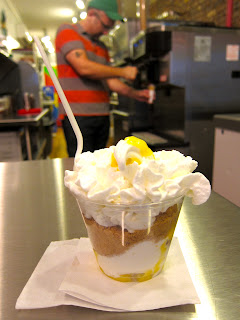 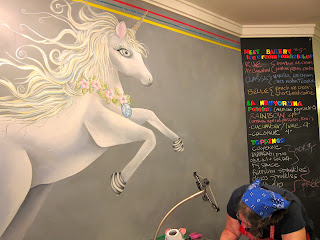 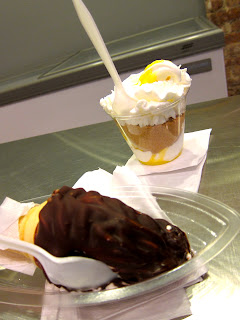 And talk about multitasking- I ran down the street from Luke's Lobster to the newly opened Big Gay Ice Cream to pick up a Salty Pimp ($5)` and a Mermaid, which was soft serve vanilla ice cream with key lime curd, crushed graham crackers and whipped cream. The combination of the dulce de leche and chocolate and sea salt on the Salty Pimp made it a grown up version of the Dairy Queen chocolate dipped cone. The owner cracked us up with his flair and we were lucky to get some without a wait.
-SHAKE SHACK 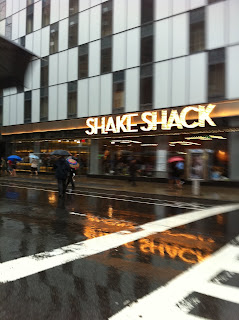 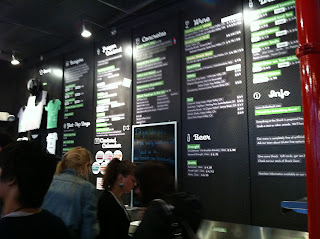 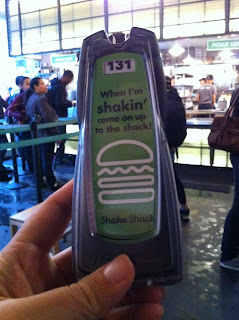 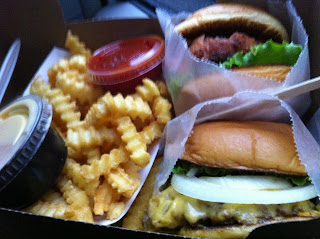 My friend Cynthia told me that I HAD TO visit Shake Shack as it was her favorite burger in the world and that she drove through a snowstorm to eat there. While I enjoyed the burger and the $5 shake even more, I wasn't impressed with the school cafeteria-like crinkle cut fries, nor the steep NY prices. Sorry, Cynthia and East Coast readers, I'm still an In-N-Out fan at heart!
-PAESANO's 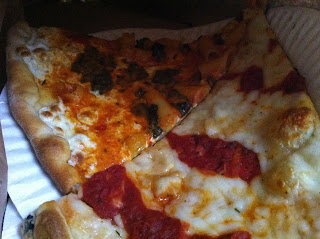 On the way to the airport, my dad wanted to get some coffee from Dunkin Donuts and that's how we ended up on Staten Island. But thankfully I decided to grab some pizza by the slice and tasted the creamy, amazing wonder that is vodka pasta pizza. Sadly, we were in a rush and I only bought one slice of each (even the marinara cheese was delicious with its zigzags of cheese) that they warmed up in the oven and am daydreaming about when I can go back to NY to eat some more, or at least experiment with making my own vodka pasta pizza in the meanwhile.
CLINTON ST. BAKING COMPANY
4 Clinton Street
Lower East Side, NYC
(646) 602-6263

Email ThisBlogThis!Share to TwitterShare to FacebookShare to Pinterest
Labels: not taipei

Your father is nice. You did hit a lot in one crappy day. Thought Shake Shack is not my favorite burger place, not all are created equal: 1. Madison SQ 2. UWS 3. UES 4. Time Square. I do hope to have In-N-Out sometime.

This is totally my kind of trip! Your dad is so nice to drive you to all the locations. Yeah those Shake Shack fries dont look great but I do want to check them out after hearing people rave about the place.

Ariel- ah, that makes sense! bummers, we went to the Times Square one which was the last on your list. haha. You should try In N Out for sure!

Kirbie- yes, my dad is the best! i bought my dad food! same thing- had to check it out to see if it was up to the hype