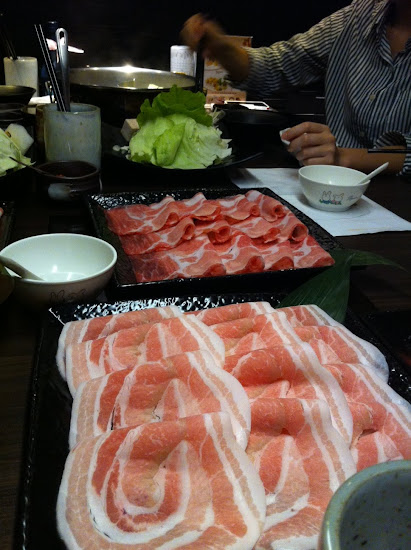 THIS location closed, but other Shaburi locations around Taipei. 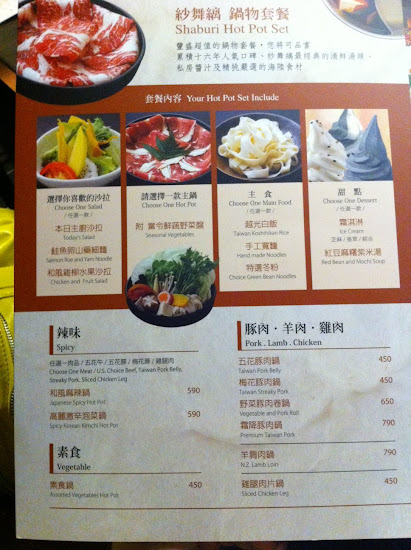 Decent choice for hotpot in the Xinyi area, but the service can be a little weird, as it can be at some Taipei restaurants. I called to find out if I could reserve a table for a group of 14 on a Sunday night and they insisted that they did not take reservations, but I had to come in person (typical Taiwanese response). When I asked if I came right away if there would be able to seat us right away or if I had to wait, the vague response on the phone was that, they couldn't say, it just depended on customers flow. When we decided to give it a try, it turned out the place was nearly empty for an early dinner at 6PM (and stayed that way even after we were done with dinner), and we could easily grab a few tables. I was slightly annoyed that the response wasn't more encouraging- did they not want the business? They had made it sound like they were full on the phone, and we had almost not given it a try. Throughout the dinner, service was still questionable, with us having to debate with them about how we wanted to sit and constantly waving them down for things like extra bowls and napkins.

I got the Taiwan Pork Belly set (NT$450) which included a choice of salad, hotpot with vegetables, starch and dessert. The pork belly was reasonably tender, swirled with fat. I wanted to order some rolls, but found them expensive and stuck to the shabu shabu. 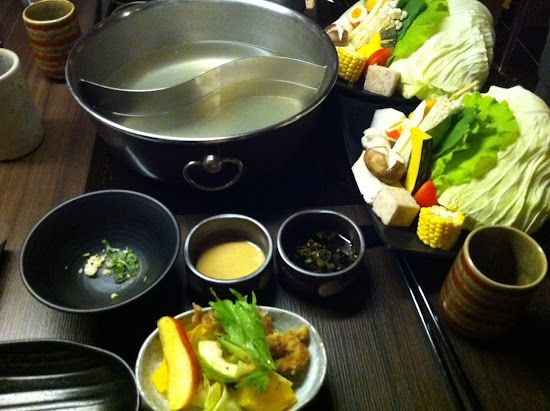 We ordered a skewer of fishcake and squid balls comes with the vegetables and added egg dumplings (NT$60) stuff to throw into the pot and hand shredded the cabbage once the water was boiling. Ponzu and sesame peanut sauces are used to dip the meats and vegetables for extra sweetness and saltiness. 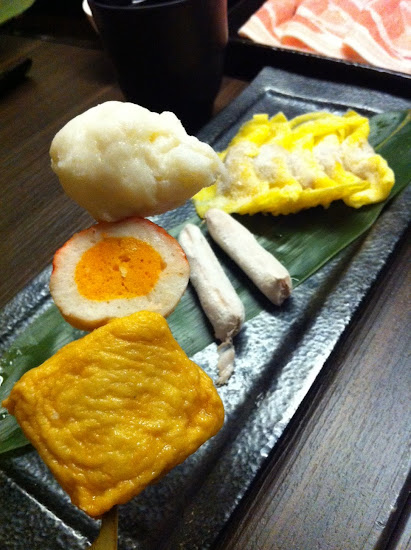 Dessert was a mini soft serve ice cream (vanilla or sesame) and no freebies were granted to people or kids who didn't order a set. 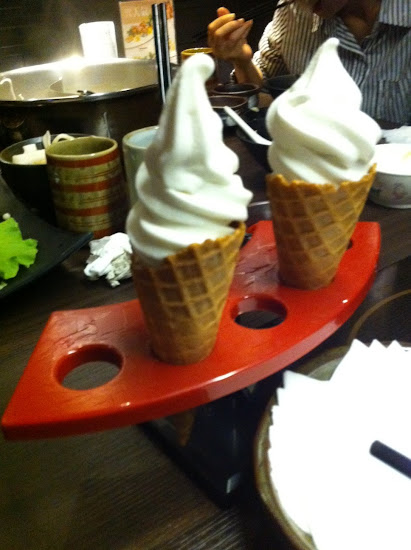 Shaburi's entrance is on the outside of ATT4Fun, near the Diner, but has an entrance into the mall for those needing to find the restroom. It's not as crowded as the popular Momo Paradise and there's seafood options and non shabu shabu options. There are some high end items on the menu that can get pricey (like NT$2000/person), but maybe the service is better at other locations to match the price you'd be spending on the meal.

Happy 7th anniversary, HungryinTaipei! I just came back from vacationing in Taipei. Your blog has definitely helped in finding large food courts such as "Breeze Center" above the "Taipei Train Station" and in "Shin Kong Mitsukoshi". And I was so surprised with being able to get food with only NT$60 at the street stalls and in non-tourist food places! Definitely can't get this cheap in North America! Thanks again Hungry Girl!

I just tried this on my trip to Taipei last week. It's very bad. Bad soup base, bad cuts of meat.