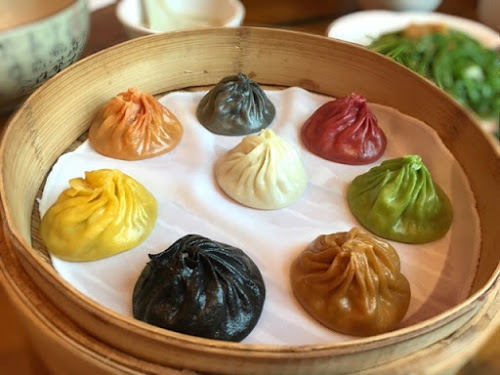 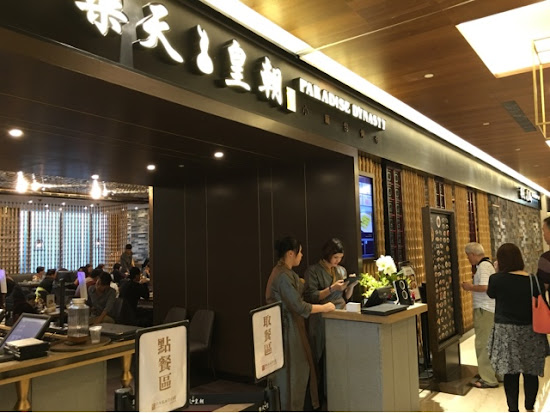 I first spotted Paradise Dynasty's colorful dumplings on Instagram before I had even heard of it, when Breeze Xinyi first opened and a flood of people started posting the newest food blogger eye candy. Then I did a walk through Breeze Xinyi's restaurant floor when I went to Crate and Barrel there, and it was pretty busy even mid afternoon. So I was excited to try it last week when a friend wanted to lunch there, and somehow managed to snag the private room they have in the back. (Later on I found out why, because there's a steep NT$8000 minimum for 8 people for the private room reservation, which is actually difficult to do because their menu is affordable). 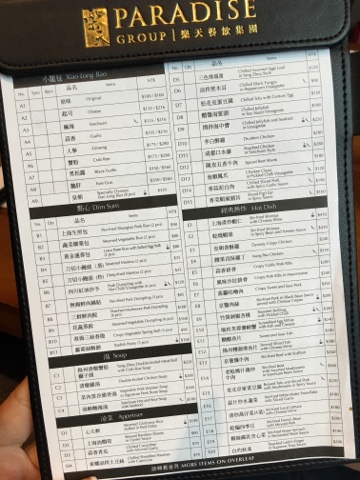 Paradise Dynasty's signature xiao long baos are different colors because they are different flavors, though you can order individual flavors by the basket too. It is  Besides xiao long bao, they also have a full menu of Szechuan and Cantonese dishes from rice, dumplings and noodles, to seafood and vegetables to dim sum and dessert. 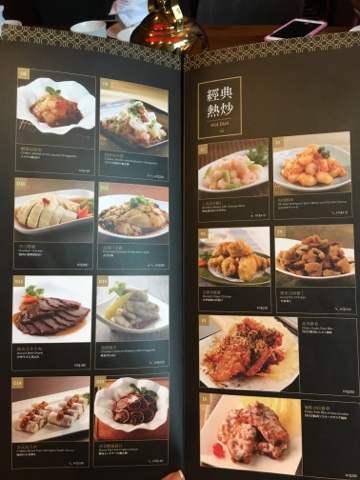 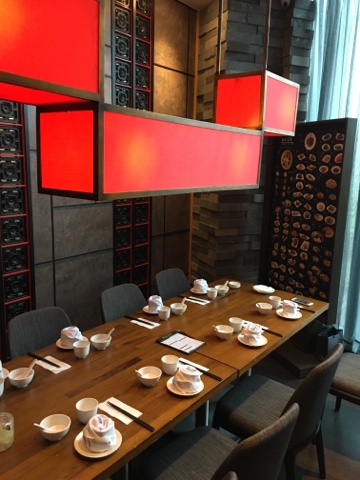 I also quite liked the "la mian" or hand pulled noodles -- the dan dan noodles with spicy sesame and peanut sauce (NT$130) and the dry noodles with dried shrimp and scallion oil (which was like a fragrant pork bone broth to spoon into the noodles).

The Dan Dan noodles here were more spicy and less peanut flavored than versions I've had elsewhere, but I really enjoyed the noodles themselves. Other options for the noodles included double boiled chicken soup, minced meat and mushroom, dumpling with chili sauce, Szechuan hot and sour seafood, or spiced beef. 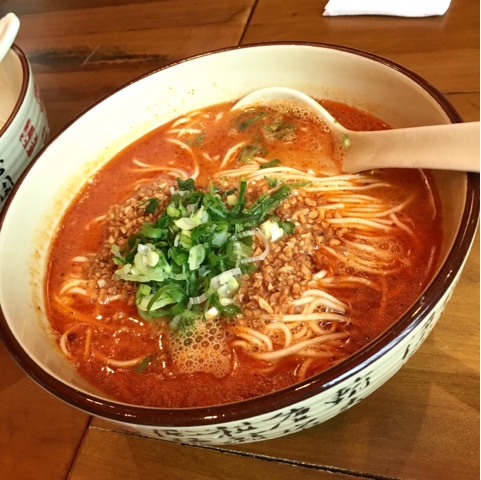 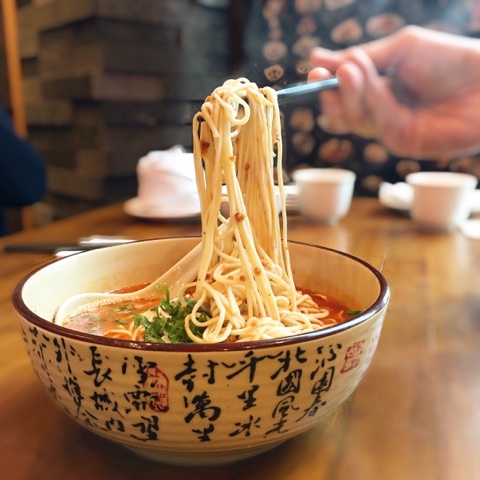 Looks plain, but surprisingly good. The noodles are smooth and not too soft and the broth is so slurpable. 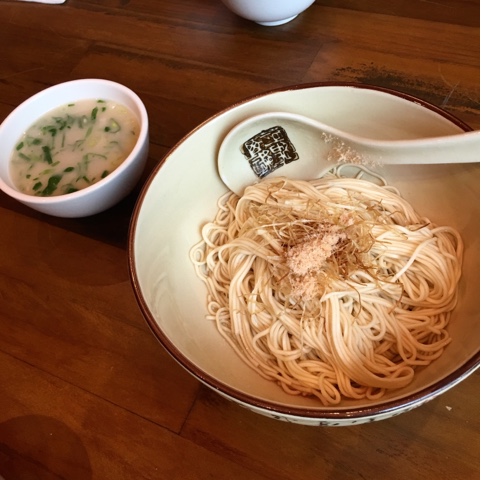 Paradise Dynasty's most instagrammed dish is their photogenic 8 treasures xiao long bao (NT$320). The flavors are distinguished by their colors- from the center- original (white), garlic (gray), Mala (red), ginseng (green), foie gras (brown), truffle (black), cheese (yellow) and crab roe (Orange). I thought the flavors were good, but the skins broke easily, spilling out the precious "soup" and the pork is better at DTF. Between the truffle xlb here and DTF, I might have to give an edge to Din Tai Fung since DTF's is more aromatic and just peppered with truffle bits. You can also order baskets of a single flavor. 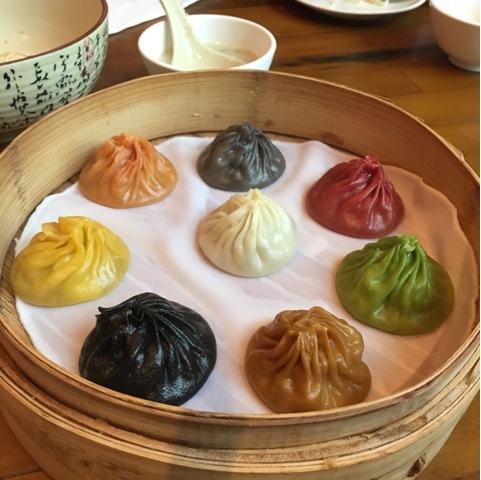 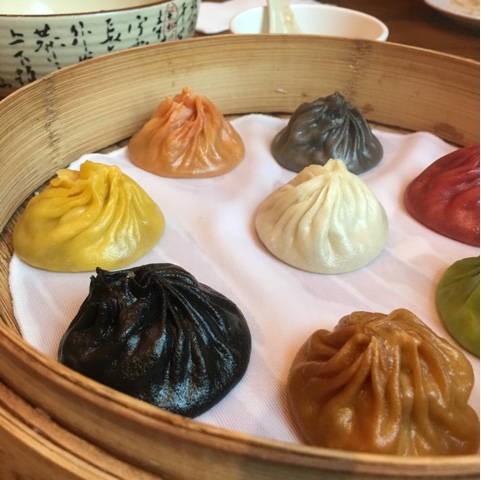 If you're not sure what the flavors are and the server doesn't give it you, you can request a little placard that states the flavors, as well as lists the order that they recommend you try the xiao long bao from original flavor counter clockwise to the spiciest red mala dumpling. 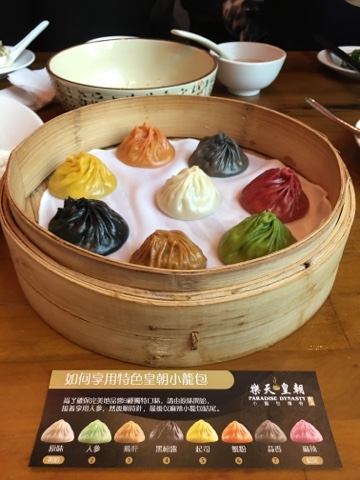 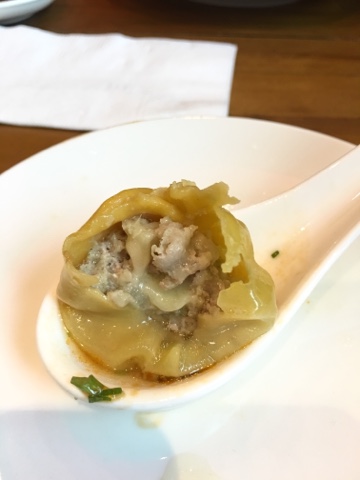 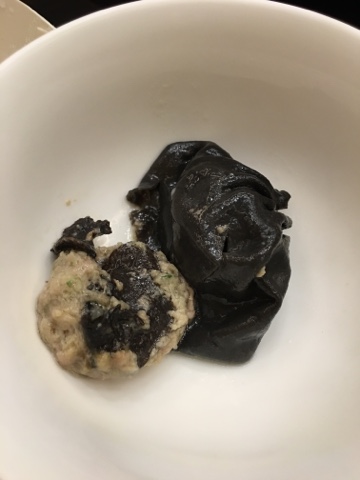 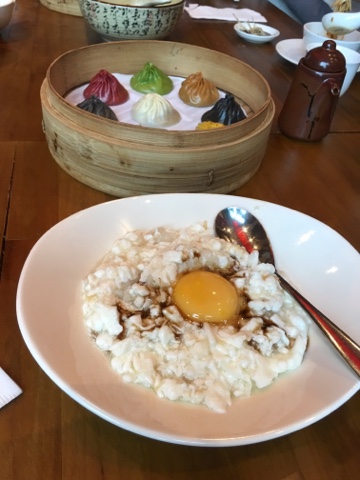 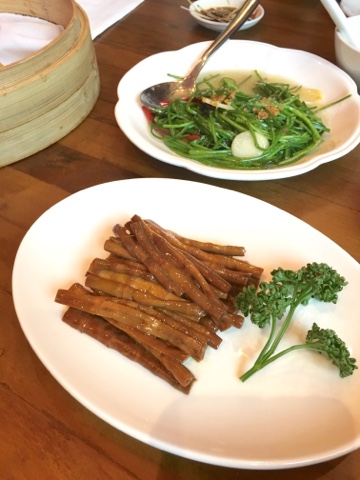 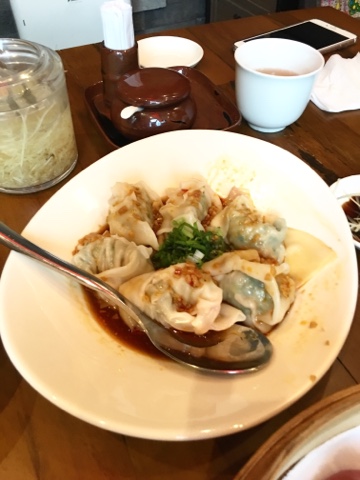 Massive bowl of poached beef in Szechuan chili oil (NT$450) with mushrooms, bean sprouts and glass noodles. I accidentally bit into one of the chilis and my whole mouth went numb and tears streamed from my eyes. Had to eat a sweet stuffed red date to counteract it!! This dish is good for spicy lovers- one of my friends drank the soup like it was ramen broth! Lol! I thought the price of this was quite reasonable for the size, though most of the bowl is the chili oil broth. It's hard to capture how huge this bowl was in the photo, I'd say you'd have to hold it with two hands. 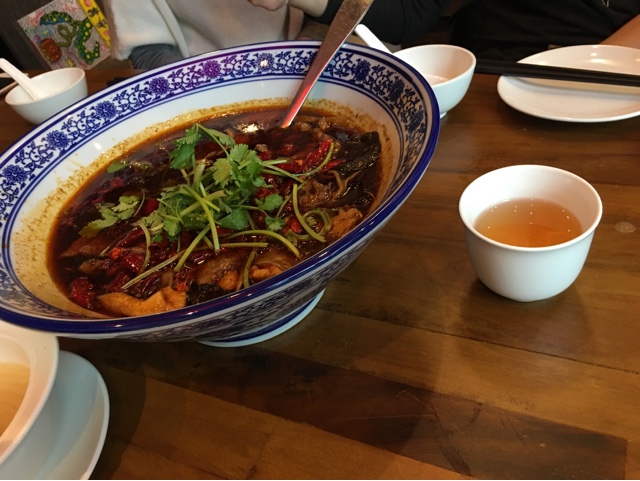 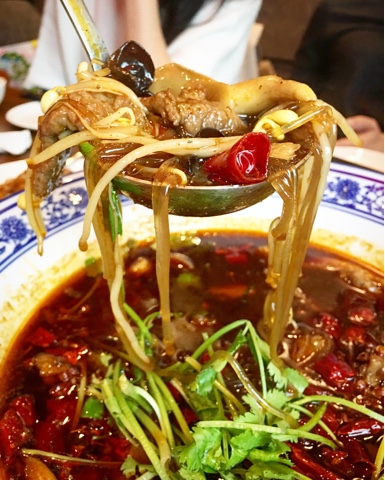 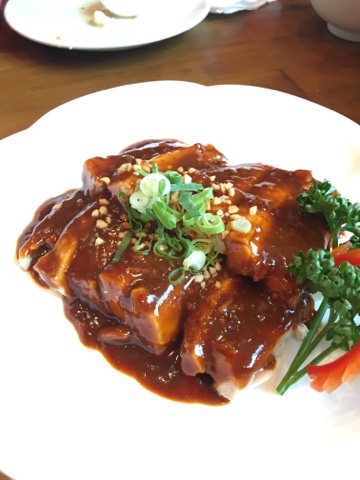 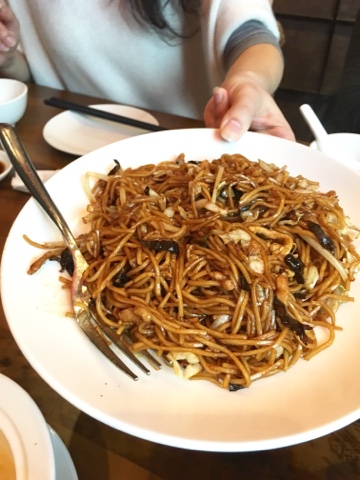 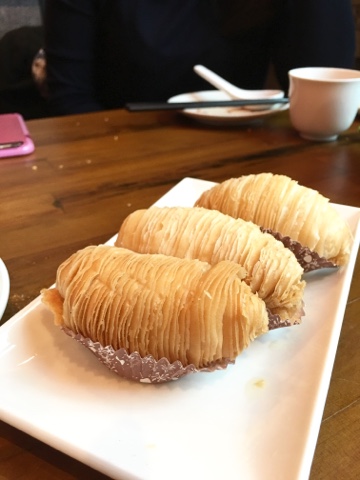 Pan fried Shanghai Pork Bun (NT$90 for 2) This was one of the few things on the menu that I didn't like. I didn't feel like the bottom was crispy enough- save room for other things and get your pan fried pork buns at the night market for less. 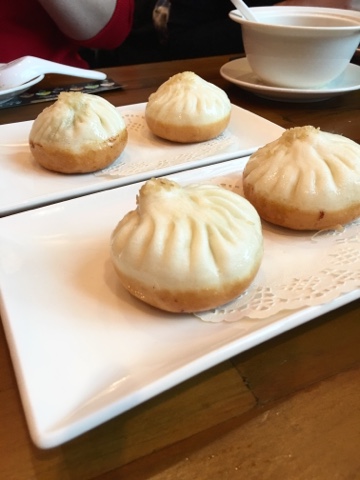 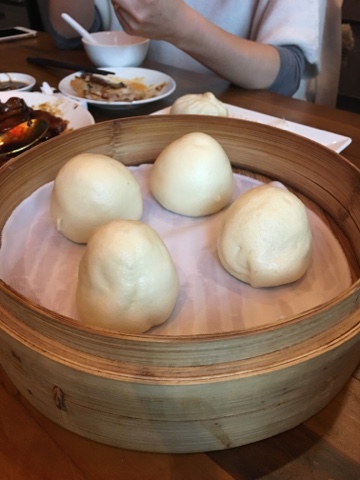 All in all, I really liked Paradise Dynasty. I had no expectations coming in, didn't know that it was a popular Chinese restaurant from Singapore , opened by a restaurant conglomerate there. Once you get past the gimmick of the rainbow dumplings, there's actually a broad spectrum of Chinese cuisines and  reasonably priced dishes to choose from, to share family style or to even order if you are dining alone. In a weird way, it sort of reminded me of Chinese restaurants back in LA, with the fried crispy pork ribs and the soy sauce covered stir fried noodles. The menu was clear and beautifully photographed and the food we got mostly looked liked the photos in the menu. I can see why the restaurant got an early start with the crowds and lines in Taipei- not an easy feat to accomplish in a city already full of Chinese restaurants.
Posted by joanh at 11:11 AM

Used to be good in Singapore, until competition or whatever caused them to use factory made noodles instead of a-la-minute hand pulled noodles. Food went from great to meh.

Recently made the wrong news in Singapore for having stole cooking gas worth SGD500k????!!!!

Hope their Tpe venture stick to what they initially did in Sgp, then they will succeed else prepare to be slaughtered in the ruthless Taiwan Chinese food scene.