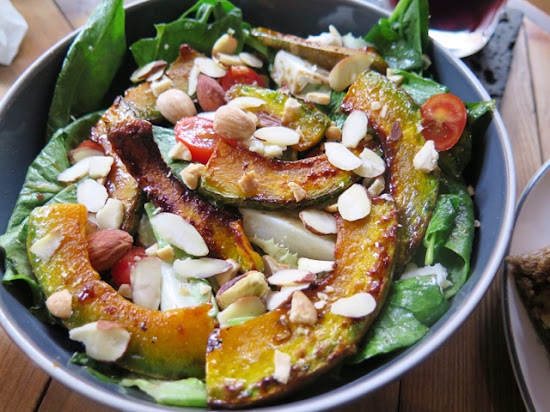 kid friendliness: quiet atmosphere, but kids may like sandwiches and desserts. i wonder if there is a drink minimum for kids. 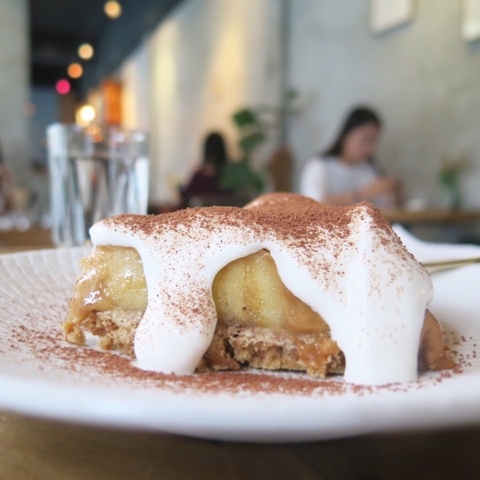 I've probably passed by Savour Cafe hundreds of times and never noticed it since (a) I'm usually on the other side of Xinyi so it's blocked by the bus stop stands in the middle and (b) the glaring MUCHO sign down the block and the red Eclat boutique hotel around the corner are more eye catching. But if you were walking down the street, you could definitely spot the cafe with the white and gold sign. 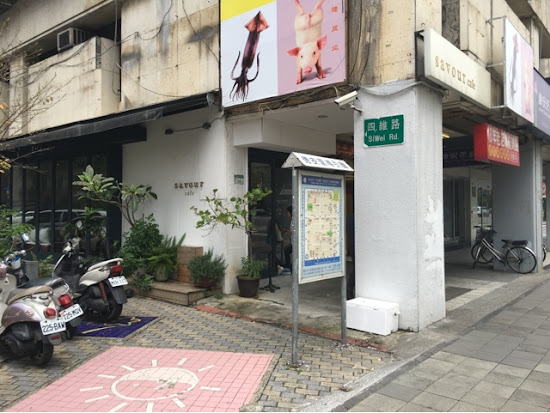 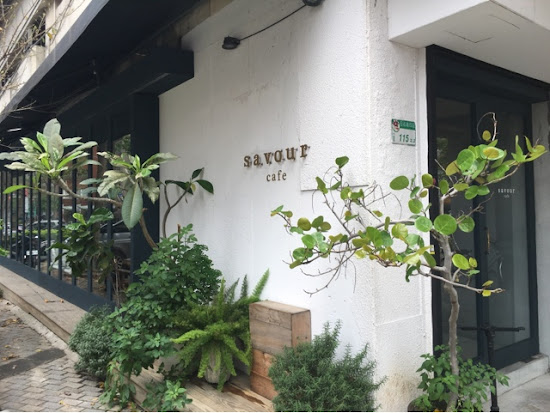 Inside, they make the most out of their narrow space, with a few tables and throw pillow type seating and the "kitchen" and counter in the back. There are quite a few solo patrons working on their laptops and all of the customers are women (except my lunch date). Makes sense considering the light fare on the menu. By mid afternoon, all the of the tables were filled. 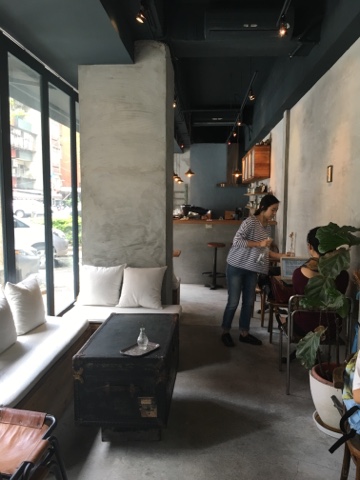 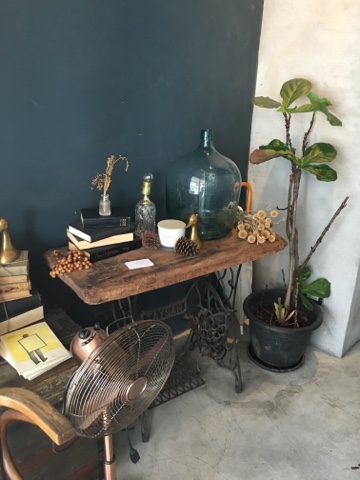 There are pretty much only four things on Savour Cafe's menu- a caesar salad, a baby spinach pumpkin salad, a basil chicken panini or a spicy duck breast panini (NT$180-200). The good- the salad that I had come for was delicious, especially since I had been needing a place to fill the void that the loss of Les Bebes' veggie salad left. The bad? They have a mandatory drink minimum and every drink price is jacked up to at least NT$140-180. 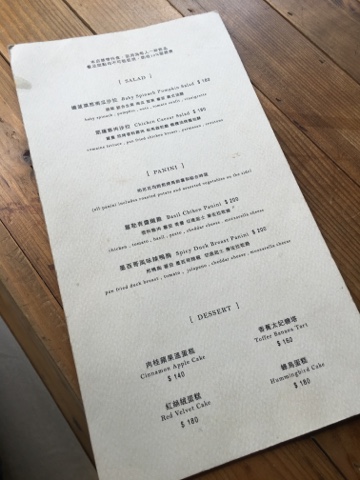 UGHHHHHH. I hate drink minimums. I would much prefer a restaurant have a minimum charge. I even asked the server, what if I ordered dessert? But the answer was still no. The drinks to choose from include coffee, tea, au lait, juice, soda, slush or milkshake. After reluctantly mulling over the menu for a few minutes, I tried to pick a drink with the least damage calorie wise- rose tea (NT$180). 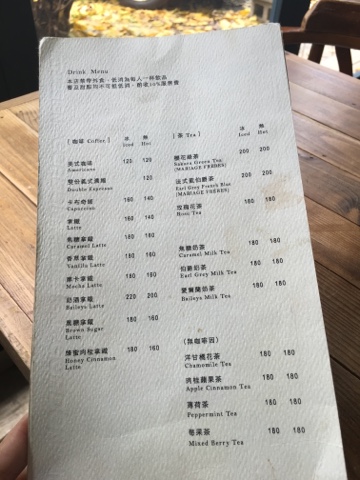 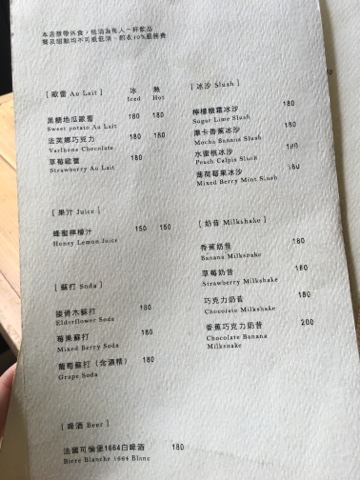 Service was fairly quick- the paninis came out around the same time and before the salad that we were going to share. Each panini is cut into three slices and came with a few potato wedges and small salad. Both sandwiches tasted like something I could make at home, which was a good sign, meaning that I liked the flavors and the combination of elements in the sandwiches. 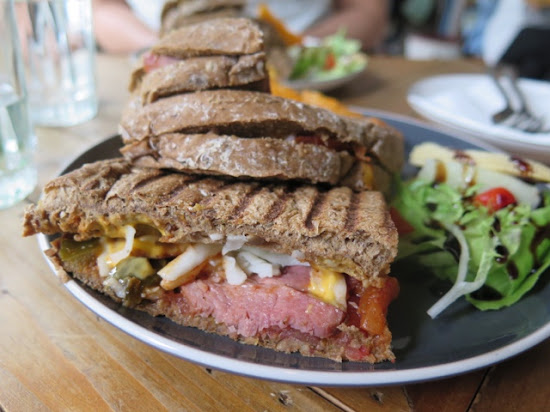 The spread with our mandatory drinks- rose tea on the left and mixed berry soda (NT$180) on the right. I probably wouldn't order the rose tea again- it was floral but not rose, and tasted like watered down tea. Luckily my friend treated me to lunch so I wouldn't lament the fact that I was forced to pay NT$180 for watered down tea. Sure makes for a pretty photo though! (lol, read with sarcasm) 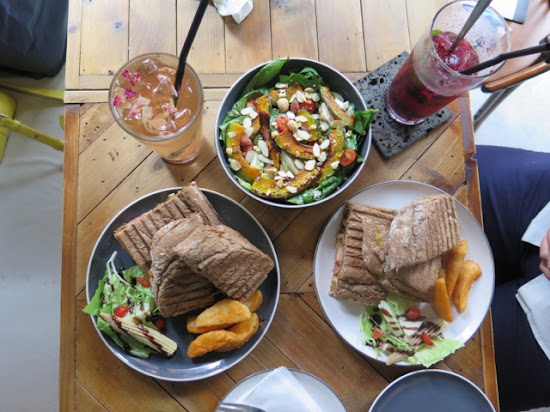 Baby spinach pumpkin salad (NT$180) the salad was plentiful to share between two people (along with a sandwich each) and I liked how they added various almonds and nuts to give the salad a contrasting crunch. The dressing was a bit on the sweet side, but I thought it went well with the baby spinach. The grilled pumpkins were caramelized and tender. I wouldn't mind eating just the salad by myself, with dessert. 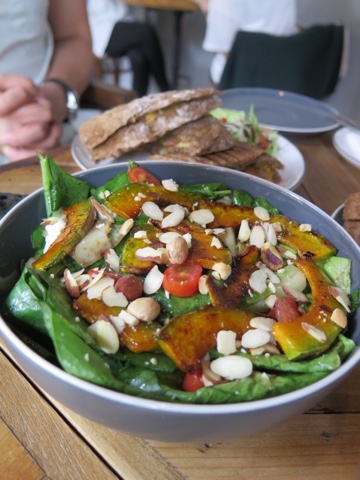 
Whipped cream and toffee caramel sauce slathered atop frozen banana slices and cookie tart crust. Like if tiramisu and banana split had a baby. I wasn't going to order this, but I had to ask them about the red velvet cake, and then looking at instagram, it seemed quite a few people raved about the desserts. After finishing the whole thing myself, I could see why- the icy banana slices taste like ice cream and the thick toffee sauce gives it a sticky sweetness. So so good- I might have to try making it at home. They also had red velvet and cinnamon apple cake on the menu, but were out of red velvet. 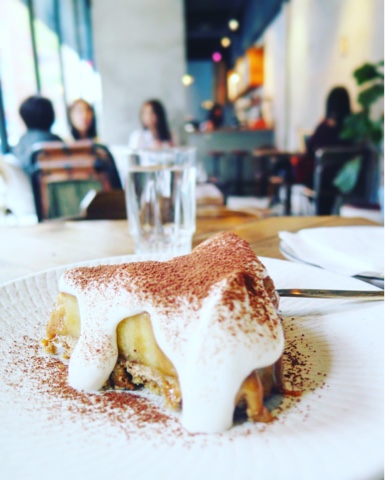 So would I come back to Savour Cafe and acquiesce to their drink minimum again? The toffee banana tart was so good that I'm thinking that the red velvet has a good chance of being good as well, so yes. Next time, I'll skip the teas and get coffee to go with my dessert instead.
Posted by joanh at 8:52 PM

I would not go to a place that attepted to make me buy a drink. If everybody follows this simple idea these places will go out of business. If they want my money they must give me what I want not what they want.

Anonymous- I didn't know before I went that there was a drink minimum.. Once you are there, would you leave?