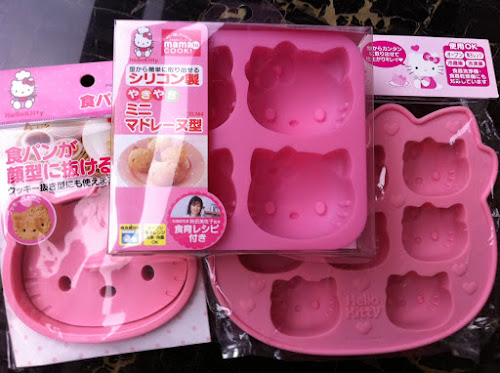 When I saw these Hello Kitty silicone molds a few days ago at the Sanrio store, I couldn't resist! Cheaper (and hopefully better tasting) than eating at Hello Kitty Sweets and endless possibilities. I was surprised when the sales person said they were for the microwave- I guess because people in Japan and Taiwan don't often have ovens in their homes so they bake using their microwaves.

So the next few nights I spent googling "microwave cakes" and "microwave silicone molds" to see if I could use regular cake mix or if I had to adjust the recipe. Found too many different recipes so I still have to experiment. I considered making jello or almond jello, brownies or cake cookies or using pancake batter.

In the end, I decided to try to melt down some butterscotch chips I had.

First, I used a paper towel and wiped the mold with vegetable oil. This was a tip I read that said would help prep the mold and make it easier for the candies to pop out. 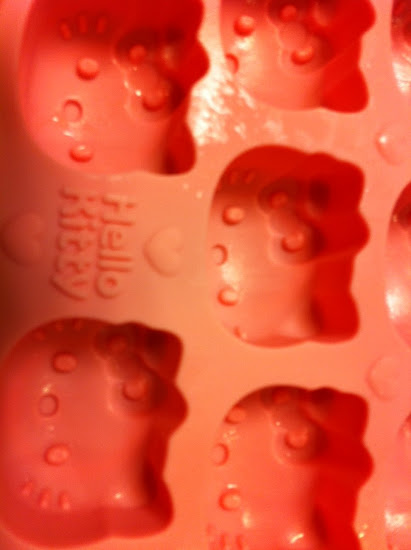 Next I put a layer of chips in each pocket and microwaved it for a minute at high then 20 second intervals. I stirred it but it was a creamy consistency, not runny and I was afraid of burning it, so I spread it around. I also dropped the tray a few times to try to get air bubbles out but I think it was too thick to make a difference. I tried to make them thin, but to get the shape it still had to have some depth. 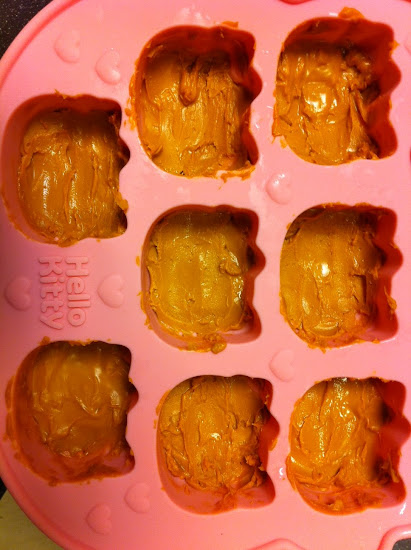 Then I popped it in the freezer for about five minutes. When they were hard, I popped one out to try- since I didn't make it super thick, the ears broke off quite easily. Also there were tiny air pockets on most of them. 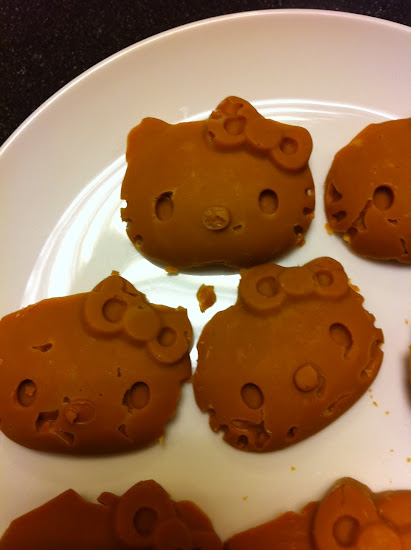 I even tried remelting them over a double boiler on the stove but the consistency was like peanut butter. 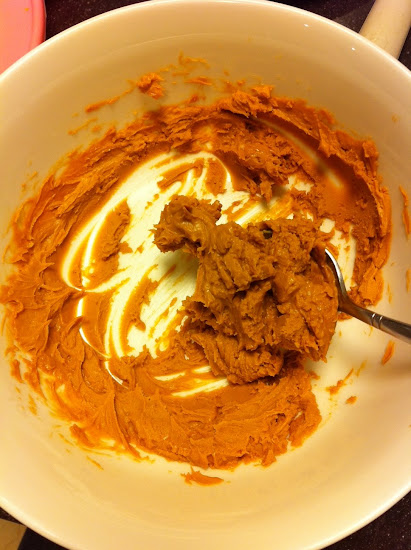 Not bad for my first try and it was pretty easy. Need some work to make it pretty and less sweet though! Next time I'll use a stainless steel pan and try adding heavy cream or butter and a pinch of sea salt. I also some some ideas for putting a layer of ice cream to make little ice cream balls, or cake mixed with frosting to make sort of reverse cake balls. Lots to play with!

Anyone have any good microwave cake mix or experience with detailed silicone molds?
Posted by joanh at 3:27 PM

Email ThisBlogThis!Share to TwitterShare to FacebookShare to Pinterest
Labels: hello kitty, my kitchen

Try adding some milk or cream to your chips before melting to make them more liquid-y!
Full-size ovens are really rare I think... I have seen larger toaster ovens (my mom's friend bakes a lot in that) but microwave is probably most common :P I'm secretly scared of cancer, but I have a Japanese microwave waffle maker too! Haha. Recipes do need to be adjusted for microwave, but I have not had perfect success with mine either ;D

so cute! where can i get the mold from? thanks!

The one on the far right says it's safe for use in the oven, microwave, fridge, freezer, and dishwasher.

If you're unsure about the others post a photo of the directions on the back and I can translate.

One more thing about Japanese microwaves: while full-size ovens are rare in Japan, many people have a microwave-sized oven that has microwave, oven, and toaster-oven functions. It works the same way as an oven, just smaller :)

sparklewolfie: i was scared to add milk since i heard it might make the chips seize up. i was too nervous to try it in the microwave.. someday!

emily: thanks! if you are in taipei, i found them at the sanrio store at xinyi shin kong mitsukoshi A4. i've also seen hello kitty stuff at hands tailung stores in taipei. in the US, i'm not sure where you can find them but you might be able to find them online..

homodachi: thanks so much! and thanks for the offer to translate. i have to figure out how to adjust the recipe for the microwave since it's not as common to "bake" in the microwave in the states