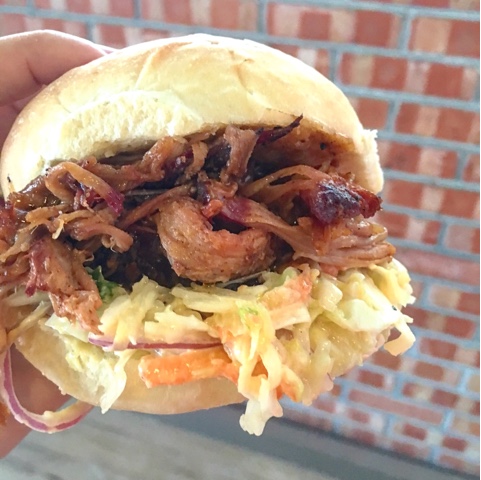 hours: weekdays 11AM - 2PM; weeknights and weekends by advance reservation only 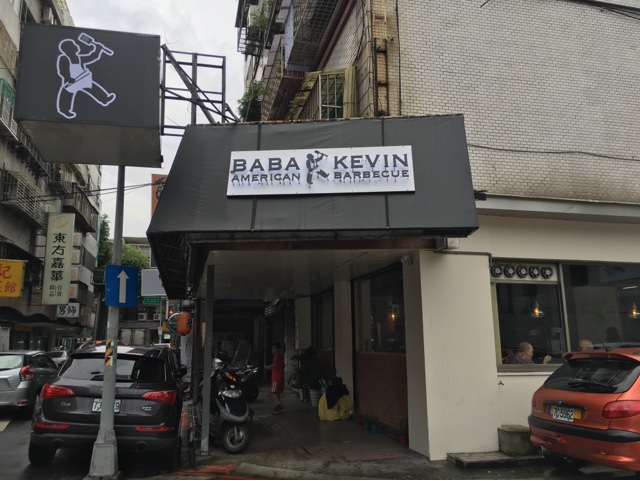 WHEN I SPIED PHOTOS OF BABA KEVIN'S BBQ PLATTERS at his new shop, I made a mental note that I had to visit as soon as possible. Baba Kevin has been catering slow smoked bbq for over seven years in Taipei, sometimes to hundreds of people at one event, and his customers have been asking for years when he was going to open up a shop. A long time ago, I had even gotten a sample of Baba Kevin's frozen ribs and brisket to try at home (and I remembered the brownies and cornbread), but regrettably my photo skills were not as good as they are today and the pictures didn't do the food justice. So I never posted the photos despite liking his bbq and so I was happy to finally make a stop at his shop, opened three months ago, in an alley off of Minsheng East Road, to see if the food was still as good (and share it with all of you). 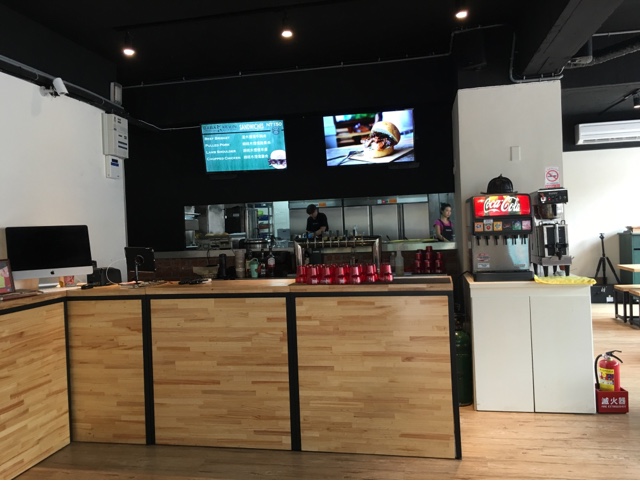 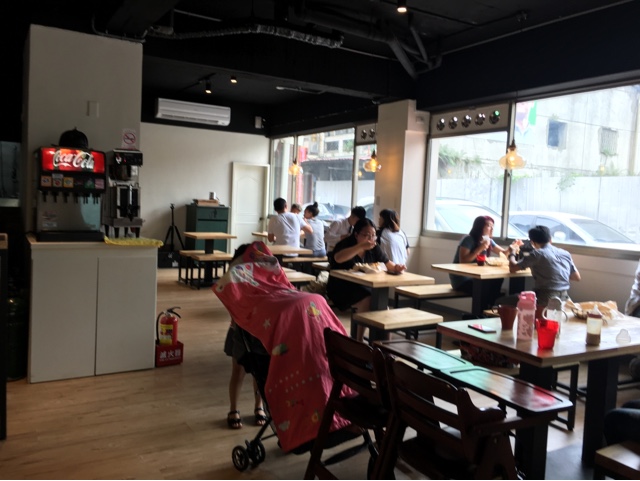 Baba Kevin's American Barbecue is currently open only for weekday lunches with lunch plates (NT$200) and BBQ sandwiches (NT$150) of beef brisket, pulled pork, lamb or chopped bbq chicken.  I believe is from the US. If you want ribs for lunch, you need to call at least one day in advance, so Kevin can prep them. The menu is slightly fuller for dinner and weekends, which are currently by advance reservation only, as sometimes they are booked for events or catering. Baba Kevin's seats about 30 people in the main dining area, which was pretty full at lunch today. Decor is simple, but clean and bright with lots of windows.

When you step inside, the menus are on the overhead screens behind the counter, in English and in Chinese. Lunch plates come with four sides (sides change daily, sometimes there's mac and cheese, sometimes cream corn), while sandwiches come with candied jalapeños, both come with free soft drinks. That makes Baba Kevin's lunch plates one of the best deals in town, especially for 24 hours smoked bbq. A handful of restaurants specializing in BBQ have opened in Taipei over the years (Ed's Diner, Tony's BBQ Smokehouse (the only one I haven't tried), Lucky Ribs, Texas Roadhouse, most recently Mighty Quinns) - Baba Kevin is one of the few that smoke their meats with imported hickory, mesquite and oak wood chips. 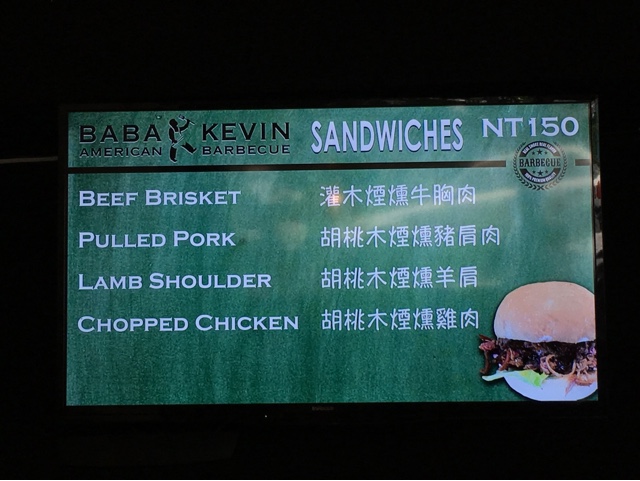 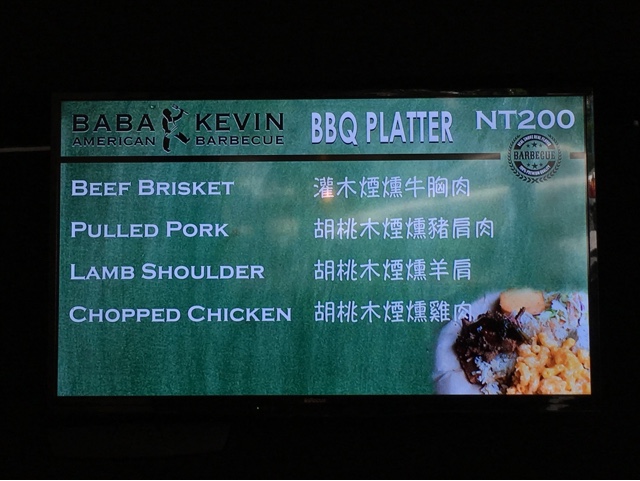 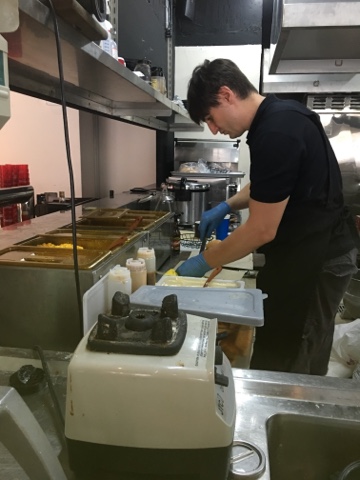 The beef brisket platter (NT$200) came with generous piles of cole slaw, buttered rice pilaf, mac and cheese and mashed potatoes, so much that it almost dwarfed the beef brisket. The brisket was a bit fatty, but juicy and the housemade bbq sauce helped give it that layer of flavor. I really enjoyed the brisket and alternated bites between all the sides. For the price, I think that the amount of meat given is fine, but I shared it, so I asked if I could order some additional brisket on the side.

I also got a freshly baked cornbread (NT$30) and brownie for dessert (NT$30)(not pictured, devoured too quickly). The sides, while delicious, are a bit carb heavy, especially since I added the cornbread, so it would be great to see some more veggie options in the future (Corn on the cob, steamed broccoli or tomato salad would be good. Or a sweet potato casserole? Ok, sweet potato is a carb too, but I love sweet potatoes). 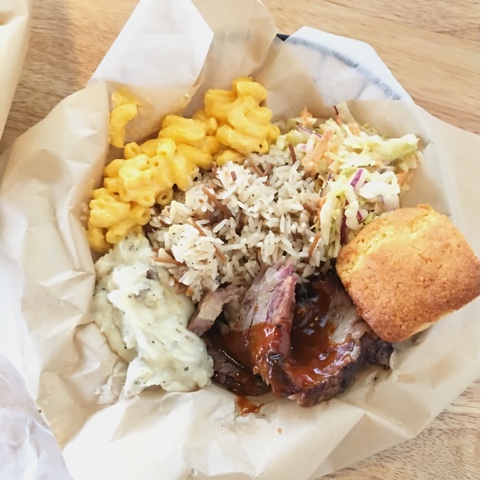 Additional brisket is by weight, this was NT$200 worth of beef brisket. It would be great to have some combo platter options for people who would like to try different meats. It came with two kinds of housemade bbq sauces- Texas Yellow (a mustard based bbq sauce inspired by the famous bbq sauce at Salt Lick in Texas) and Kansas Red (a ketchup based bbq sauce). You can see the smoke rings on the meat and we got both the burnt ends and the fattier cuts. Yum. 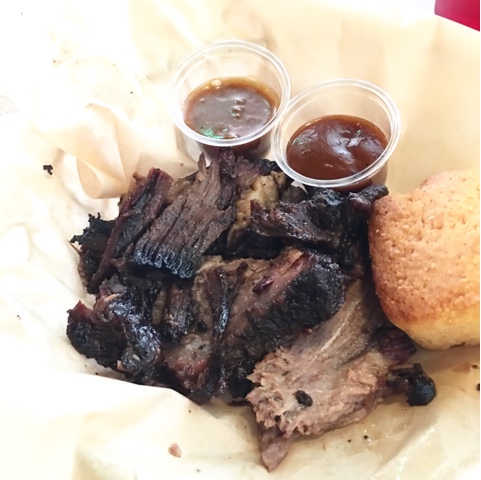 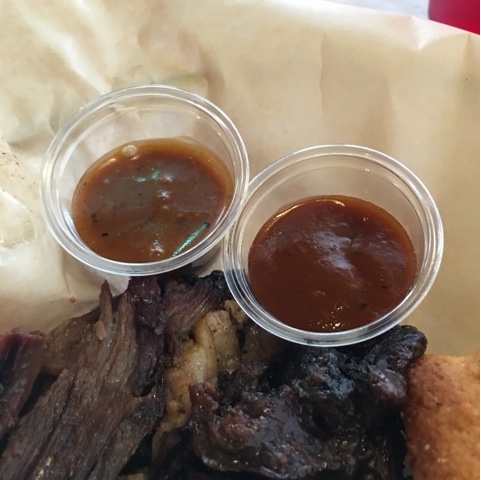 The pulled pork sandwich comes with coleslaw (NT$150) and I didn't know until Kevin mentioned the little pile on the side were candied jalapeños. My first time having candied jalapeños and they were so good!! Sweet, sour and a touch spicy, nicknamed "cowboy candy." Baba Kevin should jar this and sell it for people to take home! I liked the pulled pork, but the bun was a touch dry for me, but maybe I was carbed out from eating all the buttery pilaf and sides from the brisket plate. 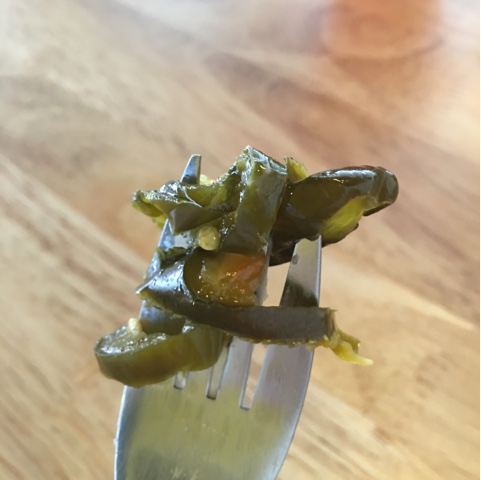 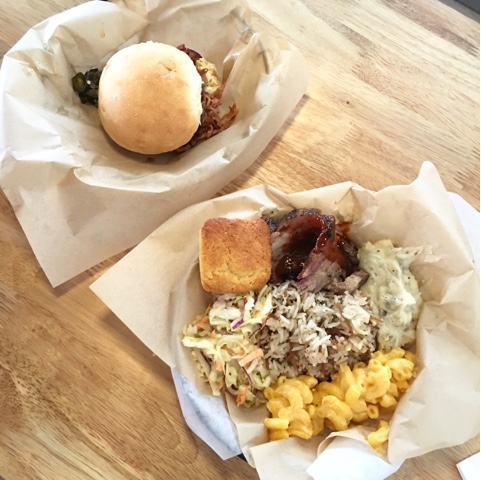 A peek downstairs, the space has already hosted a few family friendly parties and events with a permanent buffet table set up for family style servings, toys for the kids to play with a projector to play films on the wall. 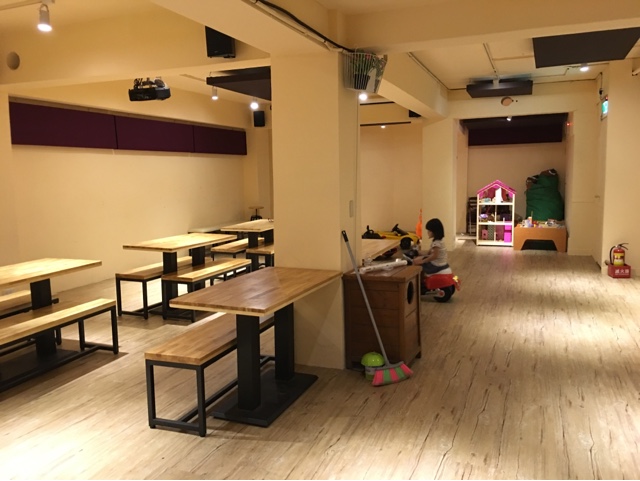 Kevin also gave me a sneak peek at his current project, trying to cure and make his own pastrami. His Facebook page says it takes 17 days for him to make it, so it's not on the menu yet, but if you're a huge pastrami fan, maybe you can ask Kevin about it. I also spied bbq prime rib on his Facebook page, I might have to see if I can make that happen in the future. Looooove prime rib. 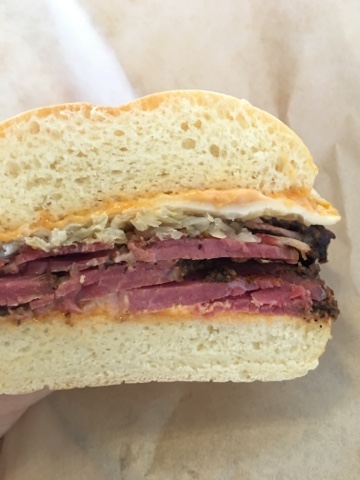 Baba Kevin's currently a mom and pop shop, run by him and his wife, so along with the catering, he must have his hands full. So if you're looking to go for dinner or weekends, be sure to call and check, you don't want to show up and find it closed if they are at a catering event or closed for a private party. Kevin is so friendly and passionate about bringing authentic American smoked bbq to Taipei, it shows in his food. If you can't make it Taipei, you can also order vacuum packed frozen bbq ribs or bbq that can be delivered anywhere in Taiwan.

Any Baba Kevin BBQ or BBQ fans out there? Where is your favorite BBQ joint at the moment in Taipei?

I just spend a couple of months in Taipei. I wanted to thank you because your blog was great source of inspiration. Thanks !!!

@anonymous- glad to hear it! hope you had a great stay in taipei