CLOSED a/o 2011. I think there is still a branch in QSquare. 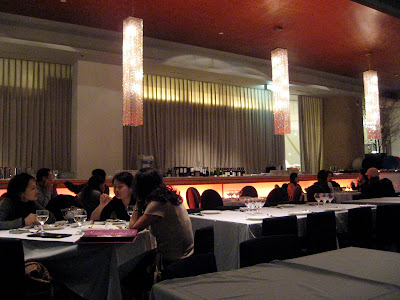 A safe bet for a nice ambience and trendy Thai food, though the service is often spotty and unattentive (which I also found to be true for their now defunct Spoon, formerly at Neo 19). We found it hard to get service and you're lucky if you get your water refilled. It was a bit better at the Sogo location, maybe because it was lunch instead of dinner, maybe they weren't as busy, or maybe they are just trained better at the new location. Even so, the restaurant can get quite busy evenings and weekends, often with groups of stylish business set. 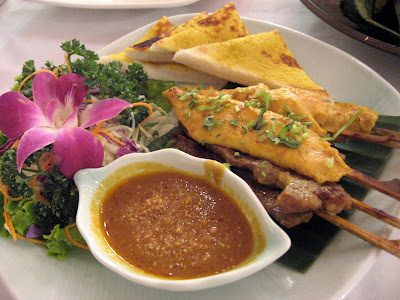 Nothing too bad to say about the food, which is pretty standard and a good place to eat if you are wandering 101 Mall craving Thai. The tender chicken and pork Satay (NT$280) has a hint of coconut or lime and the peanut sauce is equally tasty. If you like the peanut sauce, there is toast for your dipping pleasure. 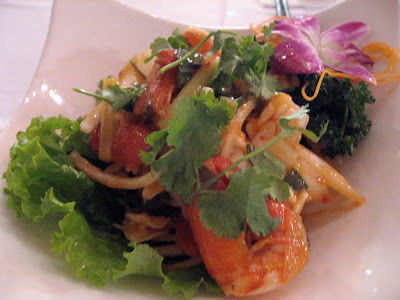 The seafood salad (NT$320/460) is spicy and sour with a strong dose of lime - a good extreme rollercoaster of flavors for those wanting some heat with fresh squid, shrimp, crab and clams. 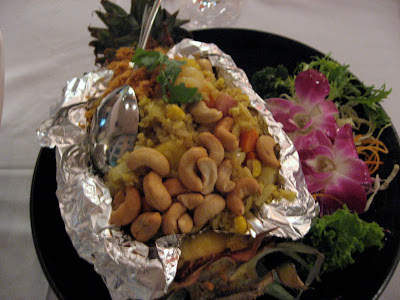 The Fried Rice with Pineapple (NT350) is served in foil in a half pineapple shell- which a lot of the other Thai restaurants in Taipei have stopped doing. Nothing spectacular about it, but nothing bad. I actually don't mind the pork floss in the pineapple rice, but I know quite a few people shudder at the thought of it. 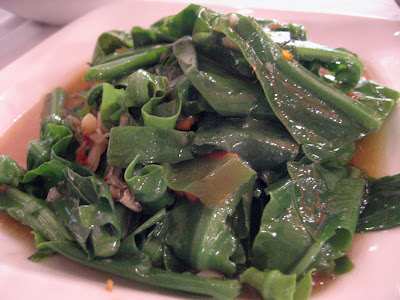 I quite enjoyed this vegetable (San Su) that my friend ordered- I thought I wouldn't like it by the sight of it, with a slightly purple tinge- but it tasted like a crunchier cousin of Chinese broccoli with a slighly seaweed texture to the leaves. 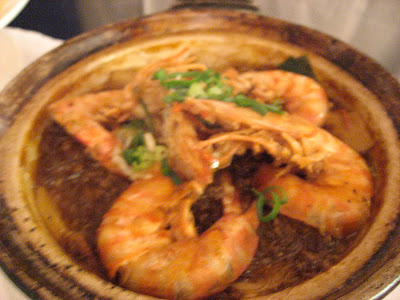 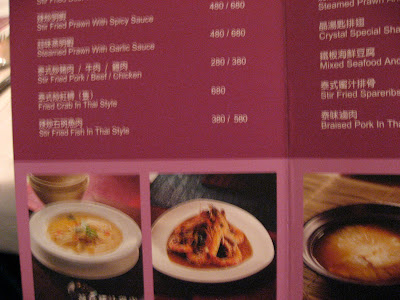 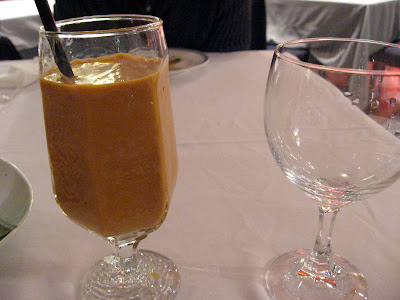 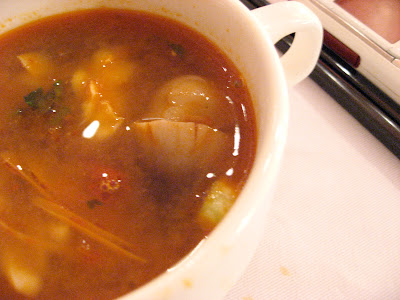 The braised vermicelli (NT$480/680) was forgettable. I prefer it at Mei-Kung as well as the service. The menu is in English and Chinese, with lots of pictures. Their thai ice tea is more sugar than tea- too sweet and the Tom Yum Gung soup we tried to chase down was forgotten and brought at the very end after reminded, with no comp or apology offered.

I take it this isn't one of your strong recommendations. I can't stand bad service, unless the food is really cheap. Makes me not want to eat at a place.

For future reference, just thought you might want to know that Crystal Spoon has a history of recycling rice. They were caught by a customer who sat facing the kitchen and saw a waiter dumping old rice back into the cooker all night. After being confronted, they actually admitted that it was something they do. This happened in the 101 branch... but still.