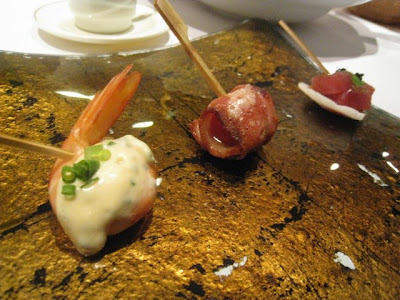 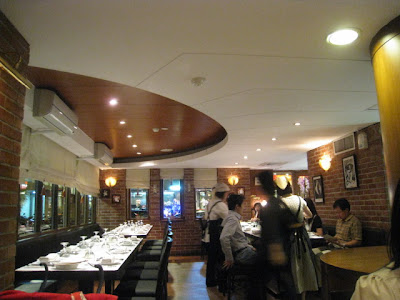 With a name like Chef Show Time, I expected vegetables juggled in the air, flaming desserts or some table side chef magic. Or at the very least some fireworks inside my mouth. Wouldn't you?

Instead Chef Show Time was a sprawling menu of East meets West meets East again dishes including appetizers, salad, pasta/rice, seafood, vegetables (NT$180-2500) or a bowl of lu ro fan (NT$40) or a popular Taiwanese braised pork over rice dish. The brick red interior gives it a nice European feel and suitable for large dinner parties, like the one we spotted that night. The waitress helped us choose items from the menu after making some recommendations, and chose items that I saw echoed on plates for the large table in front of us. 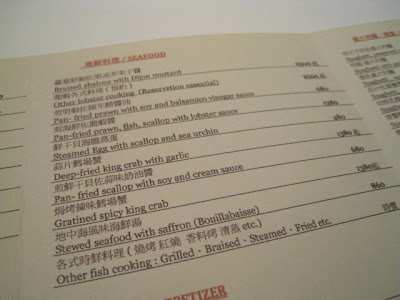 There was some flair in the presentation and some good dishes during the night, but after ordering our various set menus, we were still wanting and ordered the lu rou fan which was probably my favorite dish of the night.

I thought the steamed egg with scallop and sea urchin (NT$480) would be a treat, but was overpriced for the chawamushi we got topped with uni. 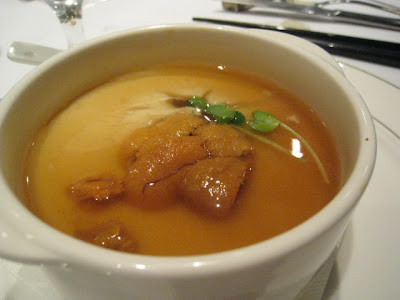 A light vegetable soup, salad and trio of bite size appetizers starters for the set. 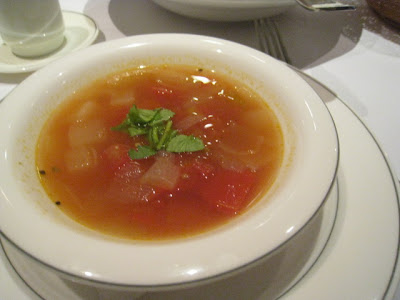 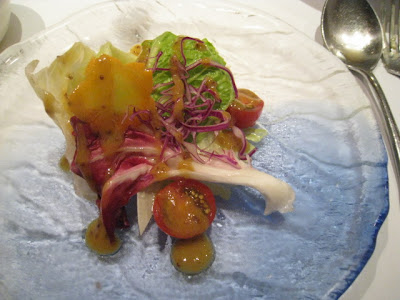 The bread that came with set was pretty good, and there was a mysterious homemade olive oil sauce that was strangely addictive. 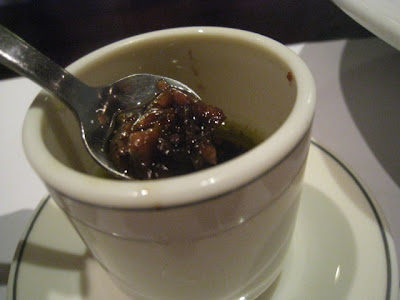 Then the main dishes come out to be shared family style. I liked the creamy Seafood spaghetti with cream sauce with large pieces of fresh shrimp, scallop and mushrooms with al dente spaghetti. 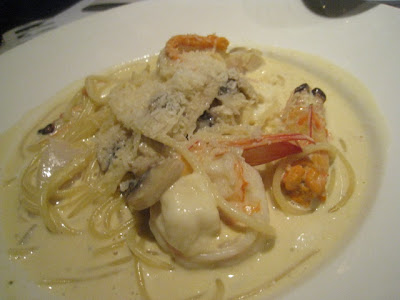 The grilled lamb chops (NT$600) were chewy and thick, though I couldn't help but to yearn for the tender lamb chops from Sumie, which has a slightly sweet marinade. 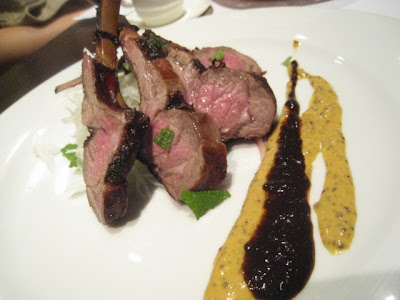 The fried fish had too many baby bones for me- it's a personal dislike for me after too many bad experiences of not find it and having it caught in my throat. 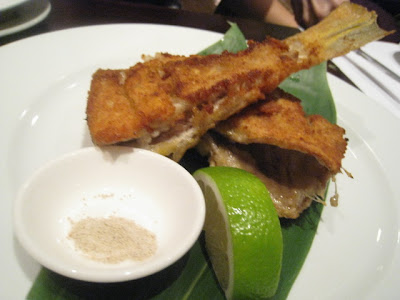 Unfortunately, I didn't like the Thai style chicken either, which came in a thick gravy-like sauce that had too much of something in it for me- basil? oregano? I wasn't sure, but the chicken was also a bit dry and tough. 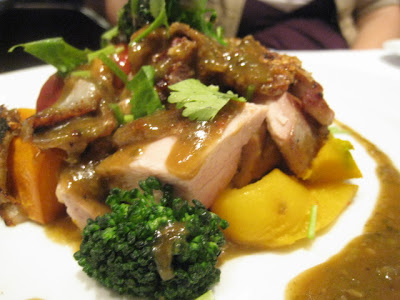 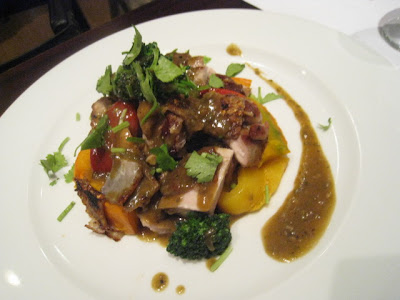 Fortunately, we tried the lu ro fan just for a taste, and it was good enough to want to order another bowl (but we didn't). At the end of the meal, I was wistful and wishing that more of the dishes were like the simple bowl of pork over rice dish- hearty, comforting and familiar. 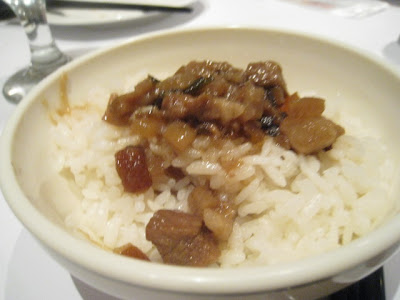 Earl grey mousse cheesecake at the end of the set menu. 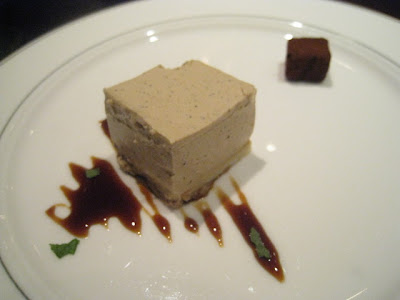 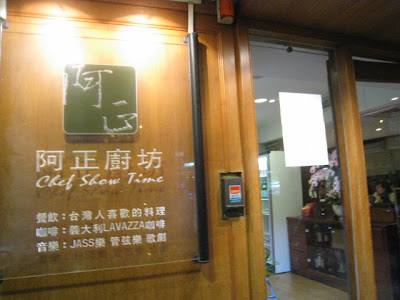 I did see some other things on the menu that looks interesting- pan fried asparagus with grapefruit sauce, stewed seafood with saffron sauce (bouillabaisse), pan fried scallop with soy and cream sauce- so perhaps a different set of dishes would have showed off Chef Show Time better?

I am still not sure as I'm writing this if I would feel the same or different after another visit, or if the effusive reviews on other blogs I've read are outdated with items no longer served on this menu, or if my tastes are just different than people who like these flavors. Maybe I'll find out someday, or maybe there are just too many good restaurants otherwise to eat at.

Since I've been to Chef Show Time, it's moved from its original location off of Dun Hua to new digs off of Anhe Road (that I haven't seen).


View hungry in taipei restaurants in a larger map
Posted by joanh at 11:03 AM

Email ThisBlogThis!Share to TwitterShare to FacebookShare to Pinterest
Labels: $$ depends on what you eat, fusion, western

i want to eat all of it...thank you for making me drool and wanting to come to Taiwan!

Looks really good! I shall come back to check more often!

anonymous: thanks! there's lots to eat in Taiwan!

becker: thanks! hope to hear from you again.