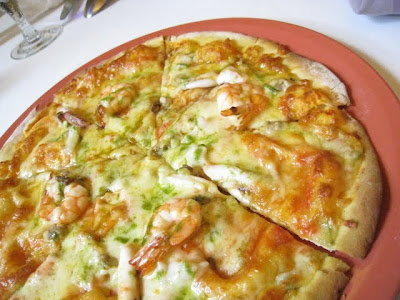 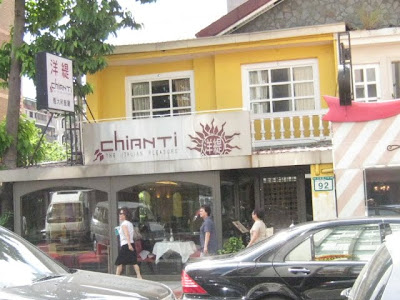 You might have spotted Chianti while driving in the alleys near Sogo. Or maybe more noticeably, its can't-miss-the-giant-signage next door neighbor, Hello Kitty Sweets. 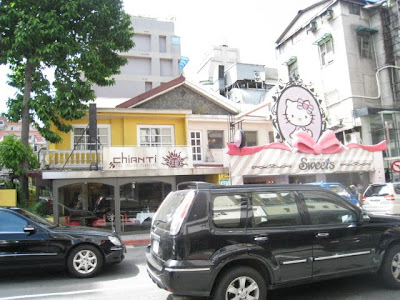 There is some nice sofa seating in the front, for waiting or afternoon tea, as well as a freezer of house-made gelatos and cakes to admire by the front counter. I arrived for lunch with a few friends before they officially opened, but they were nice enough to let us wait inside on the sofas rather than outside while they got ready. Upstairs there is also a room for private dining, or my friend said that you could reserve the second floor for a private party. 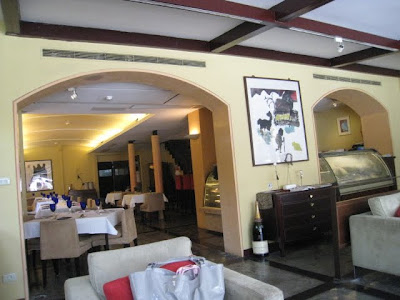 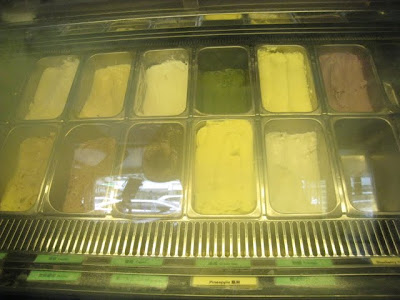 The menu is in English and Chinese, with lots of pictures of appetizers, salads, pastas, pizzas and grilled meats/seafood. There is also a set menu lunch for NT$500-$680 from which you can choose various pastas and risotto dishes, or osso bucco and grilled garoupa. I think I ended up being the only one to order from the set menu- one of my friends ordered a crab salad and crab risotto and the other ordered a pizza instead. 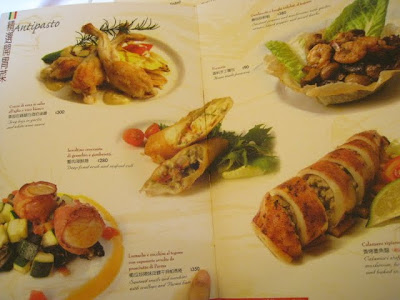 For me, I wanted to try the paella. It was calling my name. 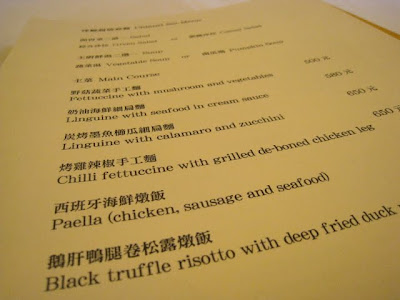 The set's caesar salad and vegetable soup were good- nothing to complain about. You can also choose green salad or pumpkin soup with the set lunch. 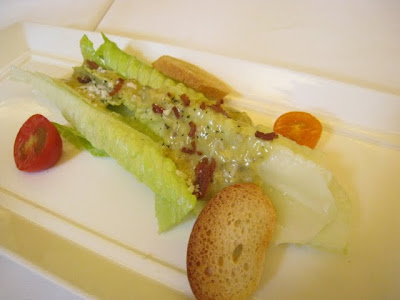 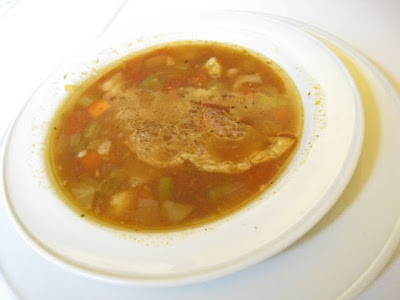 And then the paella with chicken, sausage and seafood (NTS580 set lunch)... I don't know why I half expected a mini-cast iron pan of oven baked paella, but instead my dish resembled more of a seafood risotto in looks, texture and taste. It was creamy and soft, with nice touches of saffron. While I'm not a paella expert, I could have swore the last time I had it, it didn't taste like this- maybe it's my own bad for ordering a Spanish dish at an Italian restaurant? I still ate it all, but I just was expecting something different. 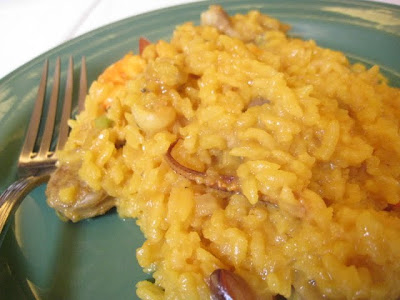 While my friend enjoyed her crab salad and creamy crab risotto, I didn't think it was completely worth the splurge. The crab meat tasted as if it was frozen and then not defrosted completely, with an icy texture and not sweet like I've had in fresh crab salads in the past. The risotto also had a lot of crab meat mixed inside the risotto, but again it didn't draw out the sweetness of the crab, but rather got a bit lost in the creaminess. 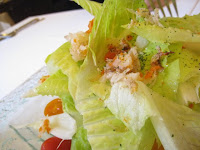 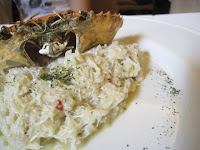 Then came the set menu's dessert- which came with a slice of cake and mini scoop of sorbet. There isn't a choice offered on the menu, but if you ask nicely, they'll let you swap out the regular chocolate cake for banana chocolate cake as well as the sorbet flavor. 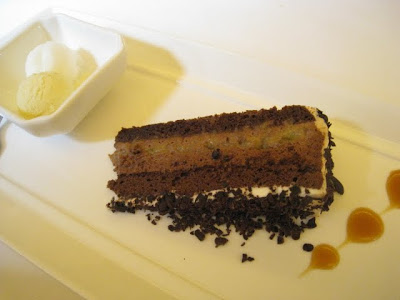 The lemon sorbet was a bit more sour than sweet, but I liked the milk sorbet. The chocolate cakes did not have enough richness for me, but my friends liked the chocolate banana cake. 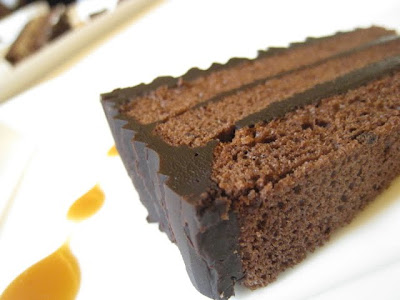 All in all, a decent place for leisurely lunch or maybe afternoon tea, but on the pricey side for lunch at an Italian restaurant. I'd probably end up at Primo Trattoria or even Bellini's (I've fallen in love with their thin crust pizzas lately and staring at the chef making them in the window at the Vieshow location) instead before coming back here again. Or maybe even finally check out Hello Kitty Sweets.

Anyone been before? Is there something else on the menu that I missed or should have ordered instead?


View hungry in taipei restaurants in a larger map
Posted by joanh at 11:00 AM

Email ThisBlogThis!Share to TwitterShare to FacebookShare to Pinterest
Labels: $$ depends on what you eat, area- Da An, area- MRT zhongxiao/ fuxing, dessert, italian

I am Rachael from Ink Publishing. We publish inflight magazines for airlines all over the world. I am currently writing for Smile, the inflight magazine for Cebu Pacific. We have a little section called destination guides where we get locals to give our readers the low-down on countries we fly to. I was wondering if you'd be interested to do one for Taipei? Please email me at rachael.nonis@ink-publishing.com and i can brief you more there.

Do you know of any tapas restaurants in Taipei?

rachael: thank you, i'll email you

lin: spanish tapas? i heard of a few tapas places and went to one (Just In Bistro) recently.. but tapas was served only at night. I'm going to Japanese tapas next week. I've also been El Toro which I haven't written up yet

brian: it does sound good.. maybe i ordered the wrong thing?

Im not too sure like shrimp on my pizza :(

Ok so I have to start off by saying I am biased because I am the new chef... Haha! But I really think you should come back for a pizza because we have a woodfired pizza oven just installed and we are making super thin crispy base pizza's and an amazing menu that is inspired by places I have worked at in Switzerland, England and South Africa (and of course Italy!!). We also have a new antipasto station where you can see and select the food you like which changes daily. I look forward to seeing you!!
PS. When you come in, let me know it's you!
Best Regards,
Adrian A