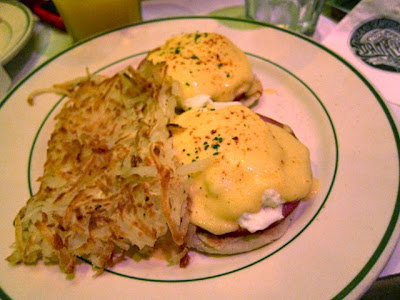 (I don't know what was going on with the coloring of pictures that day. Something about the lighting made everything green-ish or yellow, which I tried to fix, so sorry if some of the colors are still strange/off) 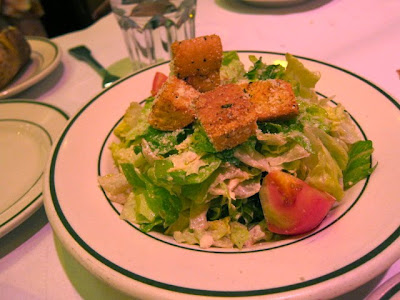 Dan Ryan's is one of those American eateries that has been around Taipei for a long time- before the Diner, before Macaroni Grill/Gordon Biersch and before the wave of burger and brunch spots. I had heard good things about their weekend brunch, but didn't have a chance to check it out until now. I called morning that I wanted to go in and they warned me that the earliest reservation I could get was 1pm. But I asked that if anything else turned up earlier to please call me and while wandering Ikea, they called me around noon and I hurried over. 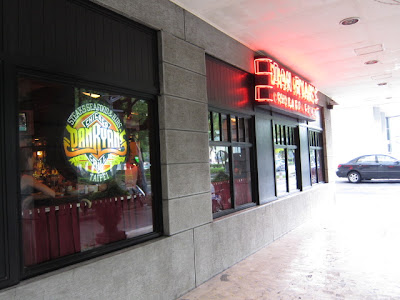 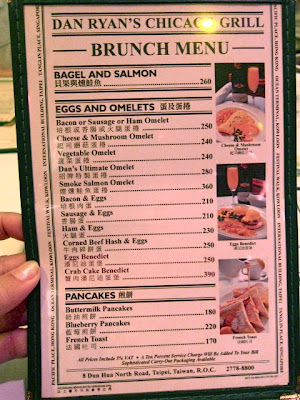 To be honest, what spurred my visit to Dan Ryan's was that a reader tipped me off to their bread basket having cornbread! So when someone in our party wanted to order pasta, I made sure that we got the breadbasket. While the cornbread was a tad dry, it hit the spot. 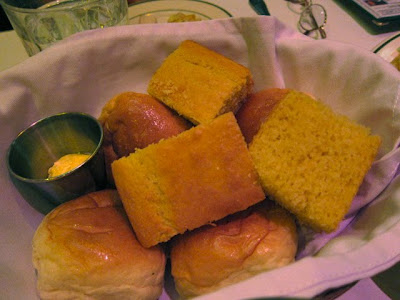 I tried to maintain low expectations since I didn't have the greatest experience at another longtime establishment, Carnegie's, but it's totally unfair to compare the two. Dan Ryan's is more akin to Chili's or TGIF, with its huge portions and American decor with room for large groups as well as booth seating for cozier parties (but without the kitsch.) 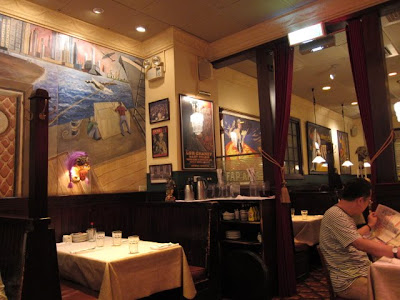 The Chinese and English menu cautions (or brags, depending on how you look at it) that they "serve American portions" and the great part is that the prices are still ready budget friendly. Brunch has all the traditional favorites and runs from NT$170 for french toast to NT$390 for crabcake benedicts. I was torn between the eggs benedicts and the cornbeef hash and eggs, but in the end I tried the eggs benedicts (NT$250). 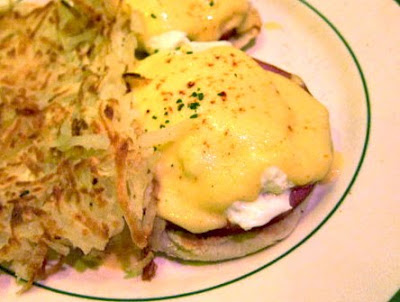 When the plate came to the table, I could tell it was a good sign- the hollandaise size was creamy and thick, not too much or too little, and the hash browns were plentiful and crisp.

The french toast (NT$170) was also very good- probably the best I've had in Taipei- dusted with powdered sugar, not too eggy or dry, with a hearty six pieces served with warm maple syrup and butter. 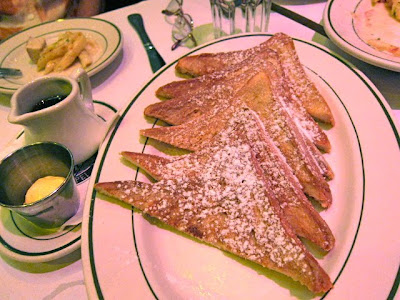 If you're not feeling like breakfast, they have a full menu of appetizers, salads, burgers, pastas, steaks, seafood and ribs to tempt you. Everything I sampled around the table tasted not only authentically American, but good! The fish and chips was fresh and perfectly fried, 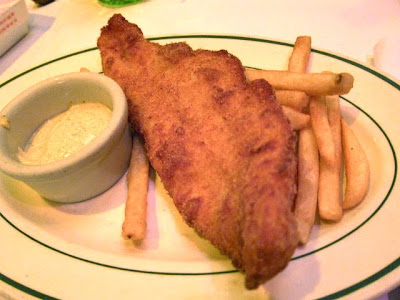 the creamy penne with chicken was rich without being heavy or bland (served with huge garlic toast slices), 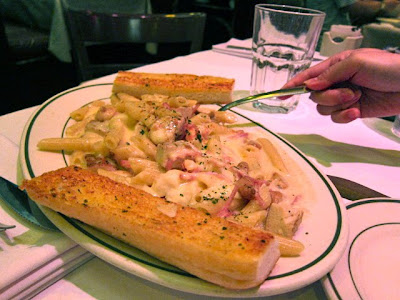 and the minestrone soup had a side of crackers for dipping. 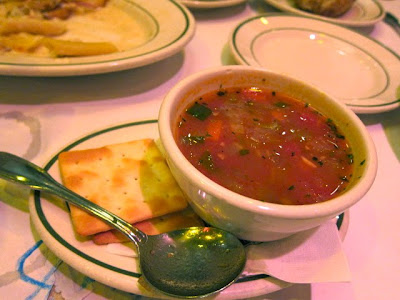 The thing that I would skip the next time was the creamed spinach which tasted more like a pureed spinach with butter- I'm sticking to Lawry's version. 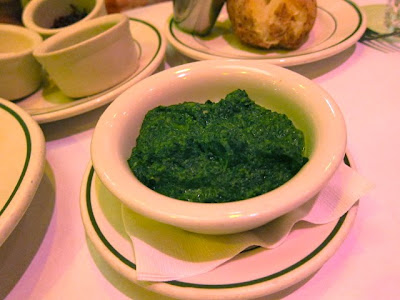 And my grandma found the baked potato and sides to be a bit dry... 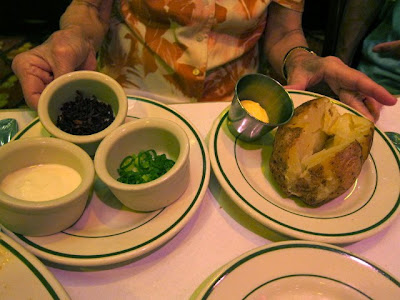 But all in all, I'm excited to go back and try the other brunch items at Dan Ryan's, like the pancakes and corned beef and hash... I'll just have to make sure to call before that day to make my reservations!

Keep up the great posts and try their Reuben sometime. Best in the city...by far!

Tried Dan Ryan's for dinner and was pleasantly surprised to find their pasta was made to order. Usually places like this have pre-cooked pasta which equals soggy noodles! My dish was nicely al dente. I was quite happy with that!

Well now in San Francisco and Hawaii they serve grill cornbread. Grill fresh for customers in butter and nice crisp top and bottom. It taste wonderful and hot not at all dry.

i literally make uuuuuuuu sound the moment i saw this post, YUM!

On Joan's recommendation, I popped into Dan Ryan's this SUN morning at 11:30AM, after hot yoga class. I had no reservations so they sat me at the bar. Within 15 minutes, the place was nearly packed. I love eggs, but one of the huge differences between living in Tokyo and living in Taipei is the availability of 生卵 and 半熟卵 (raw eggs and half-cooked eggs) in Japan. Well, now I know that if I need an egg fix, I can come here for their Eggs Benedict. Too bad it didn't come with more hash browns... I may return in the future for that creamed penne with chicken: looks yummy!

anonymous: sometimes a potato's texture can be dry even if you put on a lot of butter, but I didn't try it so maybe you're right!

anonymous2: that's true- the pasta wasn't soggy. thanks for sharing your experience!

wilson: grilled cornbread sounds good, but it's hard to find cornbread in general in taipei!

ken: glad you found a seat at the bar- thanks for sharing your experience!

As to why your pictures had color problems, it's the lighting in the restaurant. I'm an amateur food photographer and Dan Ryan's is always a pain in the ass.

Try playing with the white balance settings on your camera (if it has them). Otherwise, napkin-flash-diffuser technique works well, if a bit akward.