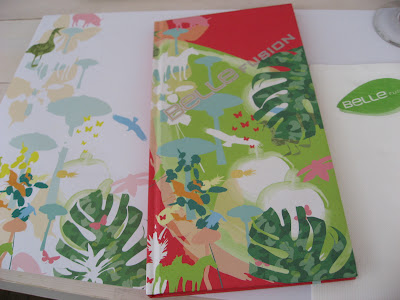 I have a lot of half written posts/reviews in "saved drafts" folder at blogspot- sometimes because I'm missing the business card/addresses or prices of the food, sometimes because I've started writing it and visited the place again and my experience was different, sometimes because it's been so long since I've eaten the food that I've forgotten the details, sometimes because I'm working on the blog from one place and the pictures are in another place, or maybe I'm just wondering if the place has changed since I've been there and if it's a fair review from the initial visit that I made. What's the point in posting pictures if you don't know where to go or how it tasted?

I eat at new places every week, take the snapshots, scribble some brief notes and when I have time upload the pics, translate the Chinese to English and type type type- and then the old ones get pushed further and further back. It frustrates me to no end, but apart from having a solitary confinement week-long catch up marathon, it's a deadly cycle.

Belle Fusion is one of those reviews... I saw it recently and thought, "Oh yeah, never got around to finishing it. Sigh." I actually went there shortly after Belle Fusion opened almost a year ago and wrote something up, but then changed again when I ate there a few months later. Honestly, I don't know if my reviews are what the menu and food is like now since it's been a good six months since I've been, but here is a snapshot of what my experience was then:


Unique decor, outdoor patio and eclectic menu of cross-fusion offerings should provide a place for repeat visits either for their set lunch, afternoon tea or lazy weekend brunches. For hot summer days, there is an airconditioned pink and green themed room on the second floor, seemingly filled with ladies that lunch.

A few months ago, I was quite excited to try out Belle Fusion after hearing about it- a new place to offer Western style breakfasts/brunches and seeing its large patio next to the bright white stand alone building with a cool rooftop with cathedral architecture. The menu offers a wide array of choices though it has changed since I've been back. 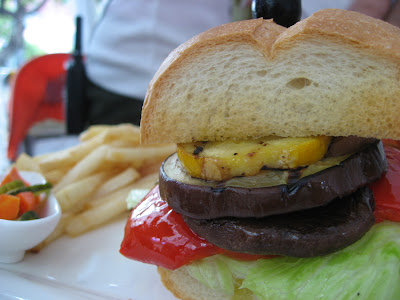 Originally, it had sandwiches ranging from pork katsu to steak to roasted vegetables and other region's cuisines such as Indian curry chicken and foie gras risotto which definitely represented an offering of a wide array of cuisines. But having just visited Belle Fusion again, many things I spotted on the menu back in April were now replaced by other pastas, meats/seafood and lunch sets which were equally tasty but not extraordinary.

Lunch sets range from NT$300ish to NT$500ish, depending on what main dish you order and comes with the daily soup, salad, dessert and drink. The soups are generally better than the salads (made with lettuce and overly dressed) and the dessert changes often. 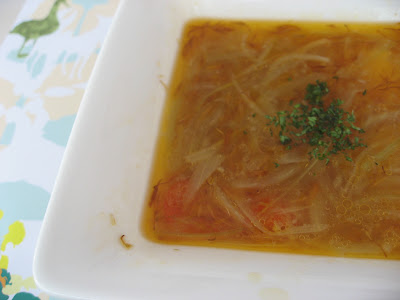 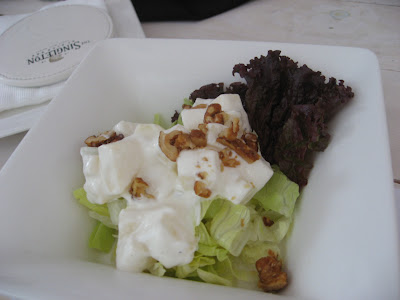 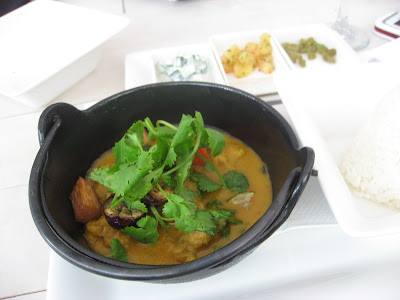 The indian chicken curry I ordered had the right spices and portion, but pairing it white jasmine rice seemed kind of an incomplete experience. I was eyeing the risotto that someone else had ordered (but not an offering on the lunch set menu) but by August of 2007, neither of those things were available on their revamped menu.

Now, your drink is a coffee or tea, but back then, you could have your choice from the menu. I chose the refreshing sounding mint and lemon frappacino, but got an unbearably SOUR drink. After sending it back and requesting that they make it sweeter (and edible), it came back not much better. 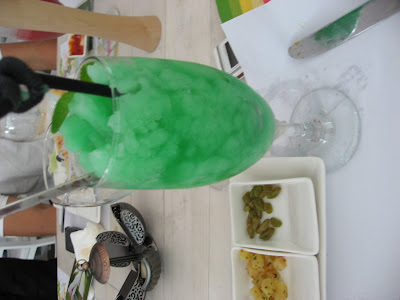 Overall, it's not a bad price for what you get- though the drink I ordered was awful. I would have expected more from a cafe/bar, but maybe the bartender that is there doing the day hasn't learned all the drinks yet from the night bartender. I ordered a more unusual drink- mint and lemon- expecting some dreamy mojito-like drink, but non-alcoholic, but I got this lime green smoothie that was too sour to even taste. I guess they had blended the mint leaves and lemon together? Even after sending it back with the request of adding some sugar, it still came back like tasting like you were sucking a green lemon.

I've never been here for anything other than lunch, but after dark it turns into one of Taipei's many lounge spots. With each floor having a very stylized theme and decor and its unique rooftop to hang out and people watch on the busy street below, I'm sure it's worth a try if you are into the nightlife here. It's just down the street from Cosi o Cosi or Haagen Daaz, and you can't miss the bright white three story building with the outdoor patio.
Posted by joanh at 7:01 PM

belle fusion is closed already? too bad. i read about the review on this restaurant in a travel book and thought of paying a visit on my trip on this coming september.

hey caroline- yup closed already, for quite awhile. there is a cool looking restaurant in its place at the same location, but haven't gotten a chance to check it out yet.