YAMAZAKI
at Geant
at 101
and many other locations! 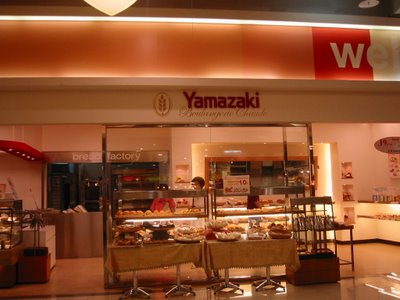 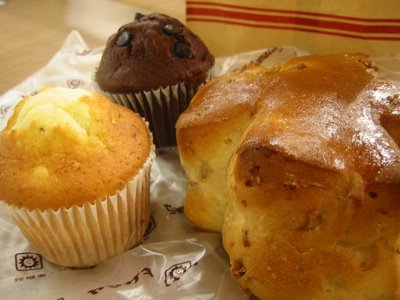 A chain with LOTS of locations. This day I tried some a "cup cheesecake," chocolate muffin and walnut bread. While I liked the walnut bread with its nutty texture and taste, I was pretty disappointed with the muffin and cheesecake cupcake- both were pretty dense and bland, similar to the lighter flavors of cakes that I think accomodates to local tastes, but not light and fluffy in texture.

If you want a chocolate fix, go for their cookies instead- I had one once and it was surprisingly rich and soft- definitely freshly baked. It's not easy to find, if they sell out, you won't find it. The cheesecake tasted more like a dense plain muffin, not creamy or light like a cheesecake cupcake would. I've also had their waffles which they sell premade like a snack, and while it looked appetizing, it tasted like a cold waffle, which in general is not so great.

Wide selection, usually with signs both in English and Chinese and with lots of locations, it's worth trying out to see which breads or sweets fit your own tastebuds. Breads with ham and cheese baked into them, sandwiches with tuna or hotdogs, garlic bread, doughnuts, you can pick up a plain loaf of bread to something more local. 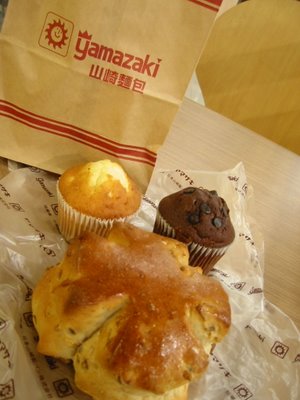 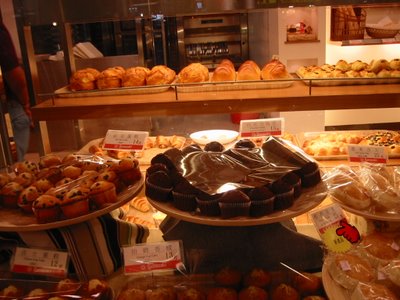 You're inspiring me to do a round of bakery reviews of my own. Those breads look scrumptious.

while scrolling down the page i feel like visiting all the east asian restaurants.. good collection of photos...