chinese: i strongly recommend LAO YO JI NOODLES AND CONGEE 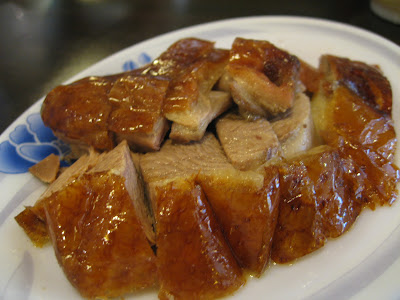 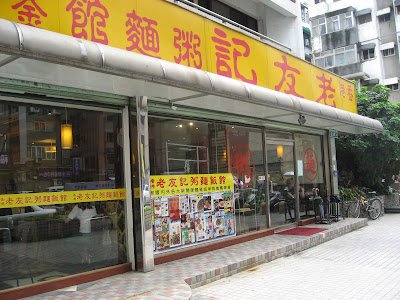 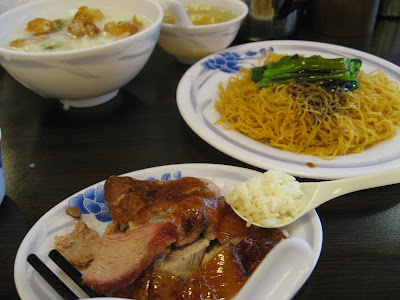 Lunch hour gets very crowded and fast paced with cantonese songs playing on overhead. You can wait to be seated, but it's usually not a long wait since many of the people in front are waiting to place or get their take out orders, or pay after they've finished eating. You can also see all the roasted duck and bbq ha sau pork being sliced up for the hungry patrons from the front counter and outside window.

Once you're seated, serve yourself with the menu and chopsticks already on the table. A bowl of hot broth gets served to the table rather quickly before your food comes.

If you can't decide what you want, you can go for the 3 meat combination plate over rice or noodles. While I wished there was a tad bit more duck, there's plenty of rice with soy sauce spooned on top. 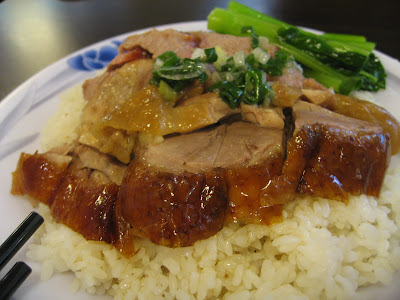 The won ton egg noodles were a tad salty and in general I preferred the rice and congee over the noodles. 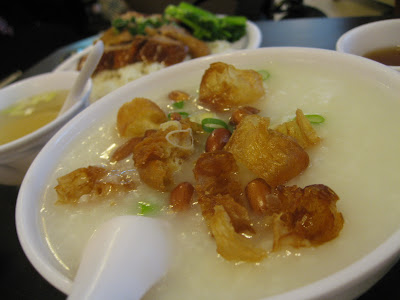 They also have steamed shrimp chang fen or rice noodle which comes in fat squishy rolls with a ladle of slightly sweet soy sauce. 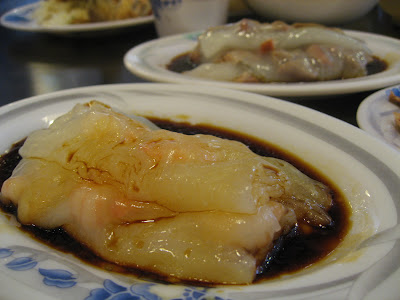 I've eaten here a few times a month since I've discovered it because it's cheap, fast and tasty and on the way home from where I'm going. I usually end up getting the 3 meat combo. Sometimes some of the duck pieces are bony mixed with the meaty pieces and other times I have better luck. There's a lot of things on the menu that I can't read, so if you take someone who reads Chinese then you'll have more to choose from! 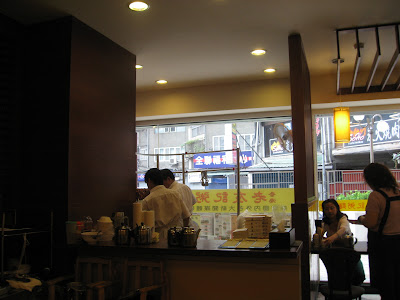 Mmmm, I can't wait to try this place. I could go for a bowl of wonton noodles now. Hope they have it and that theirs has fresh, chewy noodles. The duck and chang fun look good. Cantonese-style porridge is delicious.

a friend of mine took me here just this past week and i liked it! i'm a fan of lo mien and chang fen so the dishes here totally hit the spot. i'm not crazy about congee but the 'pi dan' and chicken porridge i had here was good. all in all, i agree that it's a great place to go for a cheap but solid cantonese style eats :>

We just had lunch there, and while we were disappointed they ran out of the duck and chicken, we enjoyed the wonton mien. We ordered both the dry version and the soup version. Hubby liked the soup version so much he ordered a second bowl. Thanks for the recommendation!

mamamoon: thanks for the feedback! glad you guys liked it!! I can't believe they ran out of duck/chicken! That's never happened to me before.

mei: i really like the pi dan chicken porridge too..

the lo mein were sooooooo yummy. i brought a bbq pork lo mein home and everyone wanted me to go back and get more the next day. the duck was good but a little bony, the soy chicken is soooooo juicy and yummy!!!!!!!!

gotta b there before noon or after to avoid the lunch rush!!!!