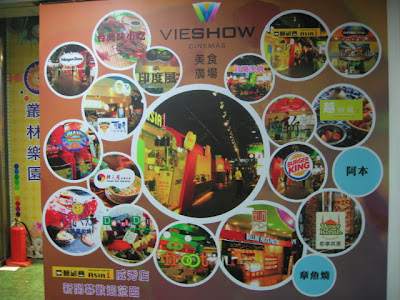 kid friendliness: no high chairs, but room to put your strollers. Play area and arcade in the back, as well as downstairs, though the downstairs arcade is quite loud and noisy

I have to say I'm pretty fascinated with the food courts in Taipei. They are mostly the same in the different malls with different variations, but sometimes you might find some unique offerings. If you need a quick bite to eat before you watch a movie at Warner Vie Show Cinemas near 101 or you're in town for a trade show (like Computex), what do you eat?

There used to even be a Mexican shop-Taco Taco, but it's now extra seating area. (And yes, I tried it and yes, there's a reason why it's out of business). 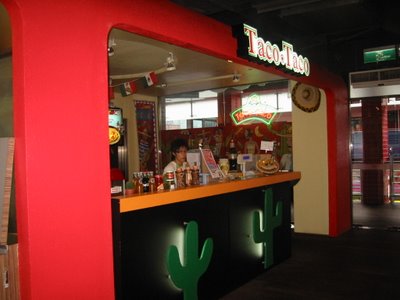 Well, here's my shortlist of hits and misses- 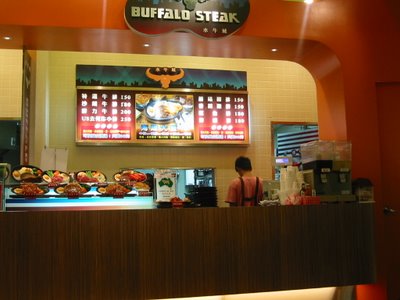 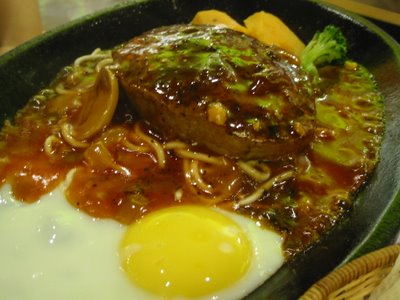 Of course, you could always stick to popcorn (I like to get mine mostly sweet and some salty- personally, I'm addicted to the kettle corn option here) and a slurpie from 7-11 in the Neo 19 building.

I'm hoping to cover more foodcourts and mall restaurants the same way, with all the info in one post. The businesses in Taipei don't make it easy for you though, with all the websites in Chinese and on several occasions, I've even asked their information desks and they always seem to have "run out" of their English brochures.
Posted by joanh at 10:51 AM

i miss the food courts in taipei SO much, they are SO much better than American food courts. At least Westside Pavilion's food court is adding a crepe place, we'll see if it's any good though. I wasn't a huge fan of Vieshow's foodcourt but i think that might have been because i was always saving room for the giant bucket of Sweet popcorn i always buy there. Why American movie theatres don't have sweet popcorn is beyond me.

Speaking of which, we should definitely go catch a movie at the new Landmark theatres at Westside Pavilion when you get back. It is gorgeous and they have gourmet concessions (La Brea Bakery Pretzels, Pokey, Pinkberry knock off, fancy chocolates, fancy trail mix, etc . .) They even have a little wine bar too.

ffc: haha. someone should institute a "sister country" food court exchange program where they have mexican food and hot dog on a stick in taipei and dumplings and chinese food in the states.

and yes, they should totally do kettle corn at the theaters!

that sounds awesome about the westside pavilion! it's a date!

I'll be travelling first time to taiwan this year end. Will be with my 1 year son and husband. Chance upon your website, appreciate the effort! I like the kid-friendliness rating. Perhaps you can tag then with this label too. Many new mamas on the loose nowadays lugging the extra human luggage. May draw even more readership. ;) Thanks again for sharing the experience! LeAnne from sg.