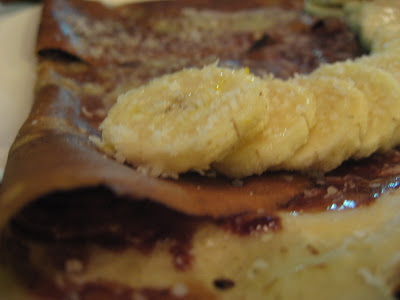 A menu of unique and tasty offerings as if you were in a charming sidewalk French cafe, especially unique for Taipei, though pricey for the novelty and portions. Go for the dessert crepes with a date or friends. 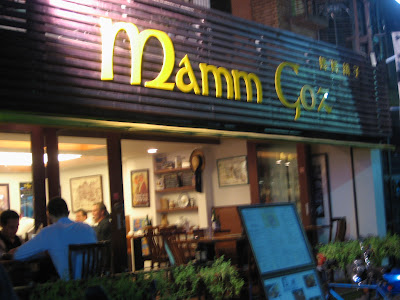 It always surprises me how many expat-run eateries there are here in Taipei. I always wonder- how did they end up here? Why Taipei? Just like the test of a good Chinese restaurant in the states is that it is filled with Chinese American customers, Mamm Goz quickly filled with expats, even on a quiet Tuesday night. 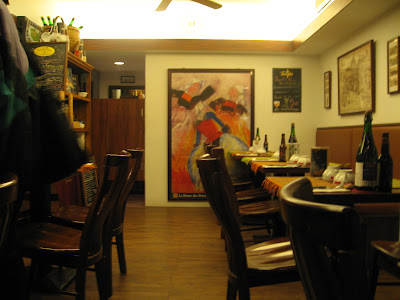 When we first arrived, we had our pick of a table of a near empty restaurant - we chose to sit on the patio in the open-area cafe, good choice, since the cafe quickly filled up about while we were eating. The server (owner?) was especially friendly, wanting to walk us through the menu and explain everything since it was all our first time there. The menu is quite self explanatory- in English and Chinese- with one page of Galettes and one page of dessert Crepes, with a few salads and ciders on the side.

The Cobb-like salad came with diced ham, egg, croutons, cheese and tomatoes- the dressing was a tad too tart for me. 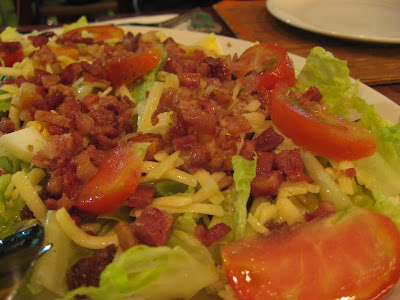 My favorite of the night was the La Queen Anne galette (NT$420) with goat cheese, honey and nuts- though more of a appetizer or dessert than a main dish. The creamy sweetness with the soft skin of the crepe was very addictive. It made me want to order another, or go and buy some goat cheese and make some toasted honey goat cheese nut sandwiches at home. It was probably also the most traditional in my understand of crepes, where the 'stuff' is inside the crepe, rather than on top as the others were- but maybe why these were 'galettes.' The La Mamm Goz crepe with ham and mushrooms was also smaller than I expected and a bit salty. 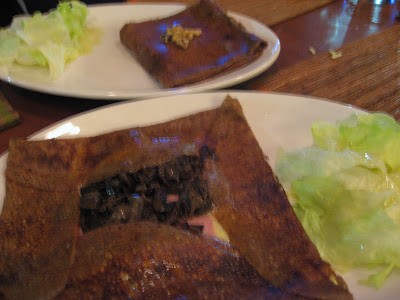 The La Celtica chicken galette was like looking at and eating a chicken mushroom cream sauce penne without the pasta- the sauce was very rich and too heavy to be a good match for the thin crepe underneath. While I'm not complaining about the taste of the topping, I felt like it belonged on some penne. 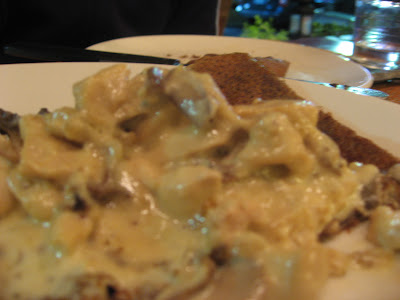 On the other hand, the dessert crepes were right on target. Big scoop of vanilla ice cream, soft pillowy apple slices resting on a crepe bed with caramel sauce sheets- it was almost embarassing how many times my spoon went to the Treann (NT$230) dish though I was sharing with two other people. Take my advice, order your own dessert crepe- you will probably finish it and want another to go. 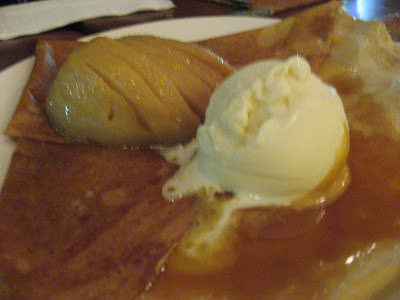 The banana, chocolate and coconut King Arthur crepe (NT$260) was flambed- a quick douse of rum and lit on fire. It tasted more like rum than chocolate, and I think the table preferrred the caramel apple flavor better. If you want a lighter fare- they also have plain, butter, sugar, nutella, honey and various other crepes (NT$80 +) 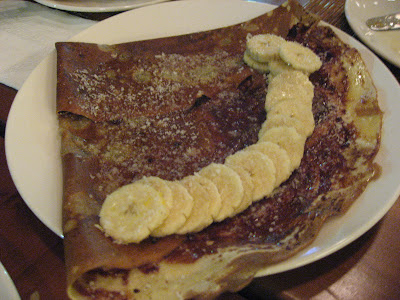 You can even spy the chef hard at work making each dish in the kitchen in the back of the house. You will definitely need to order more than one thing to feel full, so expect to spend at least NT$500-800 at dinner time. Definitely a charming space to feel like you're not in Taipei anymore and have conversation and Breton cider or beers for a few hours with unique handmade touches, such as these painted stones to set your forks upon. 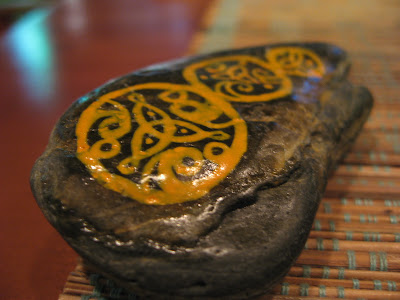 geee you have been busy this weekend.
tons of updates :-)
that place looks nice. will try it out soon.

yummm . . i went there my last week again because that goat cheese/honey crepe was SO good.

It's sad to say the Mamma Coz has closed. Now I can't have my authentic french crepe fix when I need it in Taipei. :(